You Are the Light of the World: What Are You Reflecting? 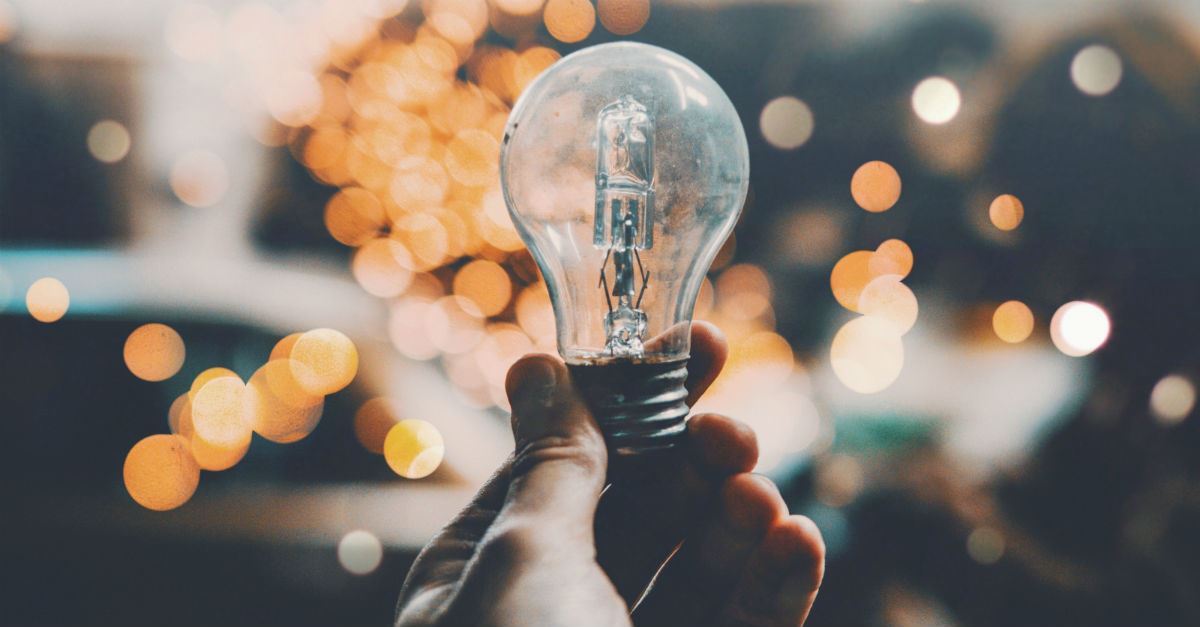 “You are the light of the world. A town built on a hill cannot be hidden. Neither do people light a lamp and put it under a bowl. Instead they put it on its stand, and it gives light to everyone in the house. In the same way, let your light shine before others, that they may see your good deeds and glorify your Father in heaven." Matthew 5:14-16 NIV

Light of the World: Let it Shine!

“This little light of mine, I’m gonna let it shine!”

As a child, I could sing the lyrics to this song by heart. I would sit in my Sunday school class with all of the other kids and mimic our teacher to her joyous approval. Just the act of being at church made me feel like I was doing what the song was telling me to do. The church I attended, while hidden a few miles deep in an agriculturally zoned area, was big in size and full of people every Sunday morning. Together, we were a beacon of hope to all who happened to drive by. I felt as if I was a bright light shining right along with everyone around me and that made God happy. Little did I know that I was nothing more than a mirror reflecting my surroundings.

I had no light to shine because I wasn’t a born-again believer in Christ. Instead of letting my heart be a mirror that reflected His light to the world, I let my flesh be a mirror and reflected whatever was around me.

We can reflect the light that Jesus shines from within born-again Christians, but it’s nothing more than a copy. It cannot save us from the darkness that plagues us unless it penetrates us and makes us new. It can, however, trick us into thinking that all is well.

What light of the world are you reflecting? 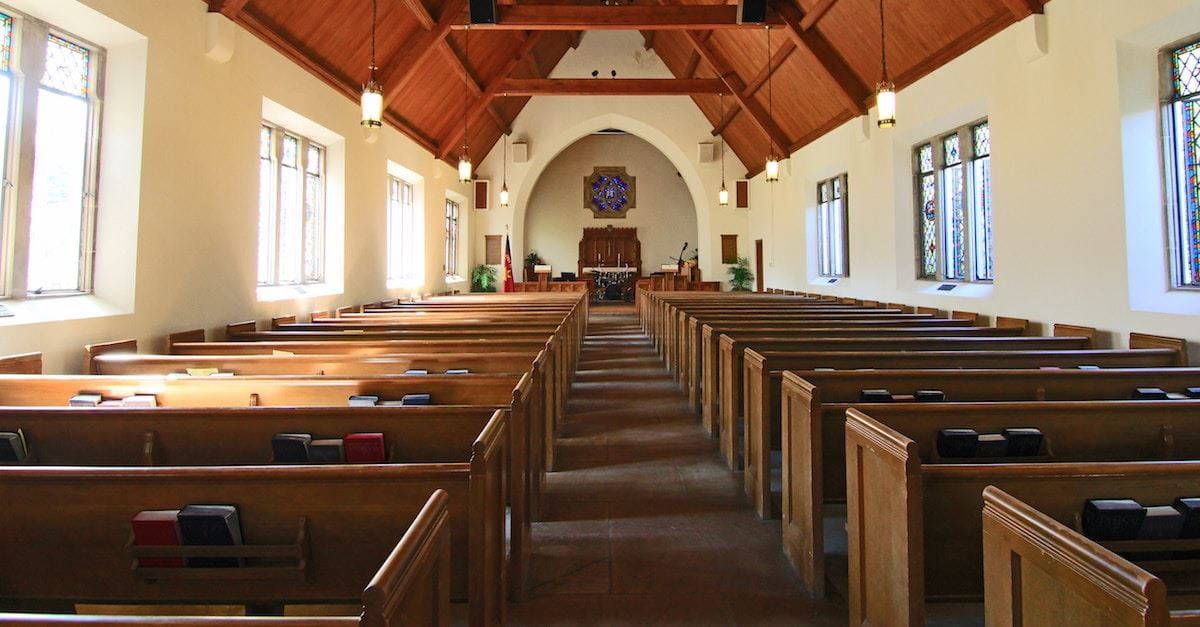 In church, I reflected the community’s words and actions because I longed for their approval. I wanted to do what everyone else was doing, but most of all, I wanted to hear, “Good job,” for the things that I was doing. It was no different when I was outside of the church. I mirrored darkness, which is the very absence of light, yet it was also the exact representation of who I really was. Two hours a week within a Christian atmosphere could not compete with the 166 hours a week I spent outside of the church filling my head and heart with anything but Christianity.

I stayed in darkness till I turned 22 years old and God’s love finally broke through. His light began to shine forth and now, I take it with me everywhere I go. How could I hide it? 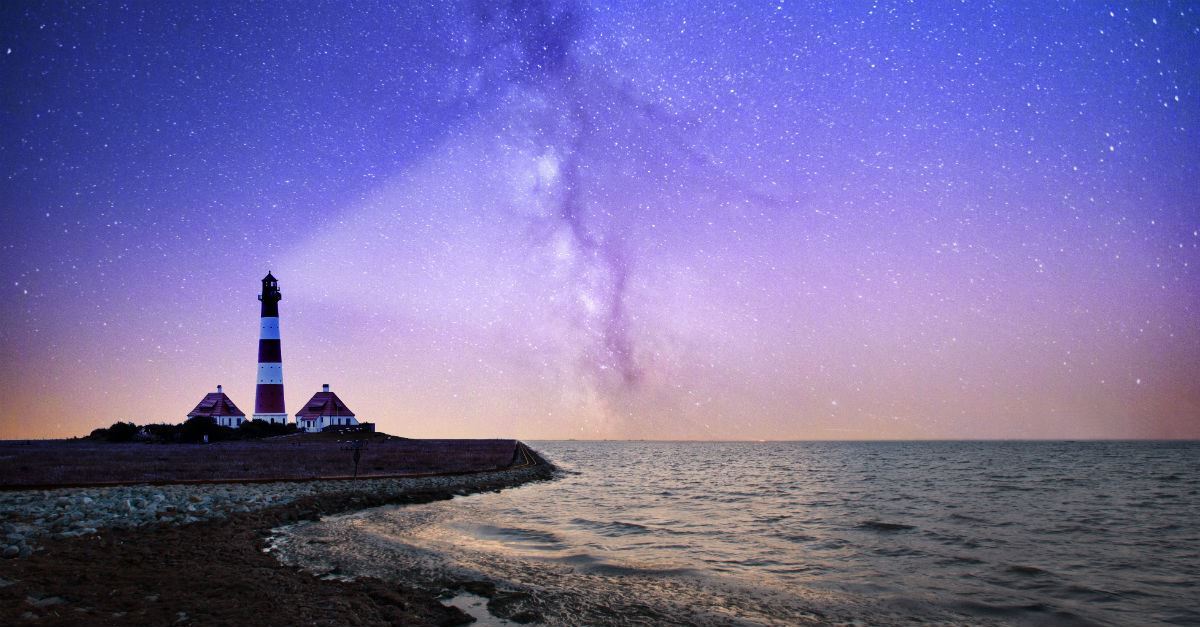 The Sunday school teachers in my church, as well as the preacher at the pulpit, did everything they could to grant me (and everyone else within earshot) an understanding of the importance of what it means to be a bright light for Jesus.

They wanted us to grasp the significance of being a searchlight for the lost and a spotlight through the darkness that pierces the conscious to sin. They wanted us to know that the people, not the building, was the city on a hill where those that lived in darkness could come and find rest. Together, we could shine like a beacon in the night, yet, all too often, if feels as if we are using the very walls of the church building to act as a bowl to cover the light that is made to cast out the darkness of the world (Matthew 5:15).

Where are you shining the light of the world? 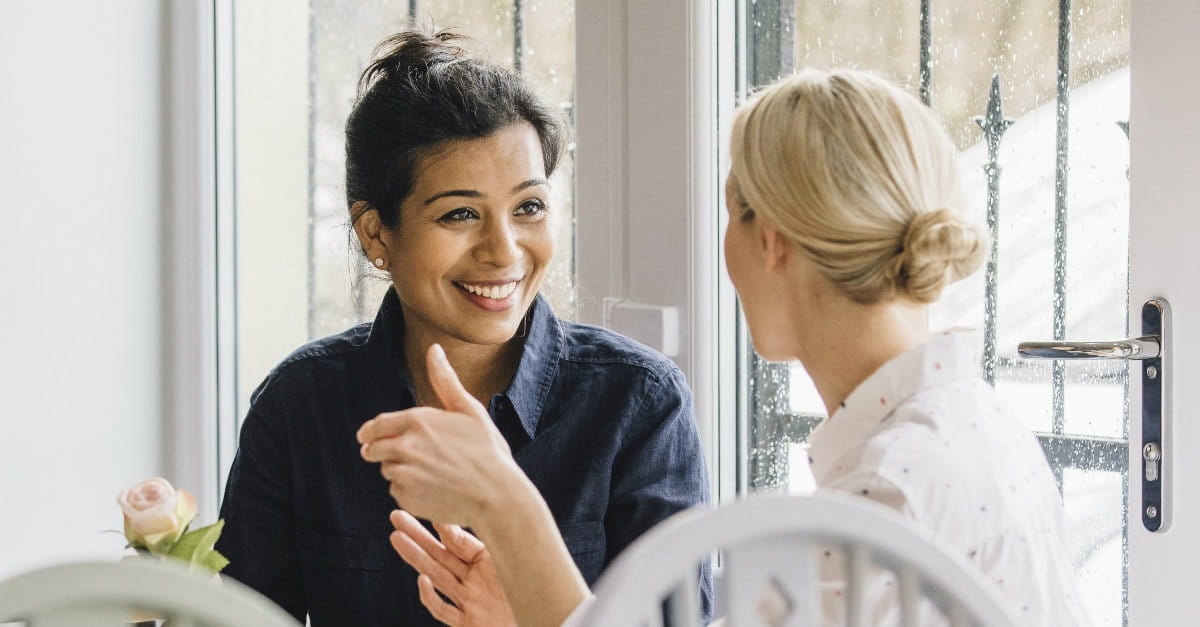 Unfortunately, knowing the words of a song wasn’t the issue for me. However, living them outside of the church was. I had no reason to do what the lyrics were saying outside of church because no one I knew was doing them either. There was no Bible reading or worship singing. We did not preach to the lost or pray for anything except our food. There was nothing outside of church that made me feel like I should act as I did when I was in the church. Church stuff happened in church because that’s where it was supposed to happen. It was normal to see it there. There was something unusual about seeing a man or woman talking about Jesus while out in the “real world.” 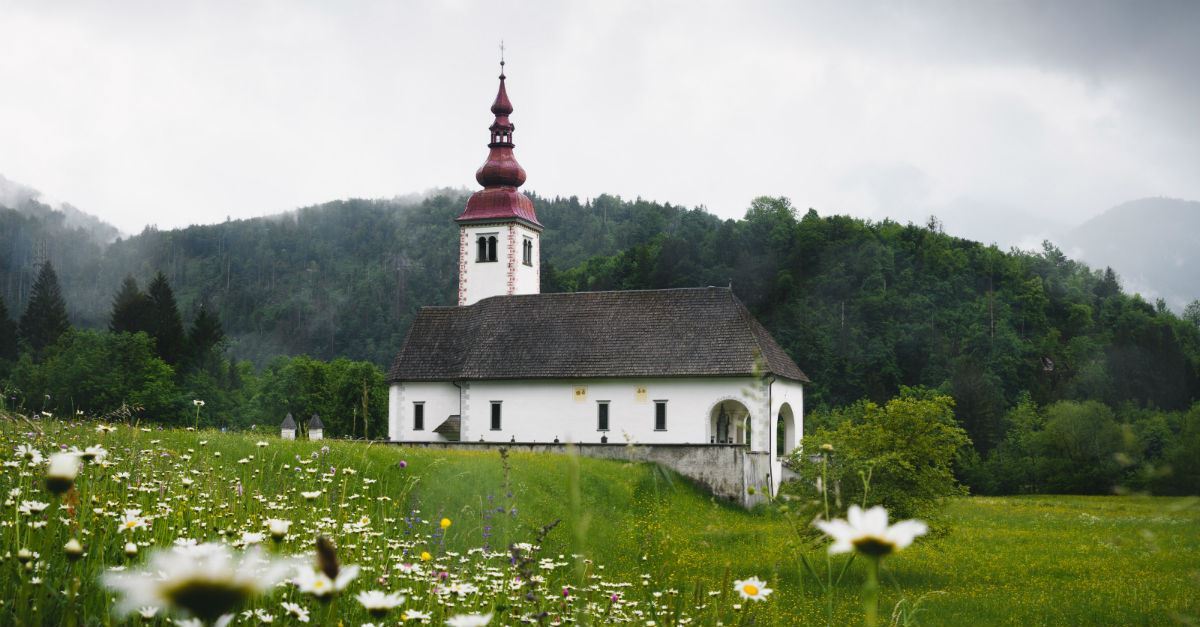 If the church is to be a bright light, a city that’s built on a hill that cannot be hidden (Matthew 5:14), then we must shine wherever we go to show the world that the walls of a building will not, nor have they ever been built as a means to, confine us. Just as we do not house the very Spirit of God to hide Him away, the place where we come together for fellowship, growth, and praise isn’t made to hide us from the world. Christ doesn’t need us to protect Him. Just the opposite is true! He wants to shine so brightly through us and our lives that we live dangerously bright for all to see. Christians shouldn’t keep it to themselves.

Whose approval are you seeking? 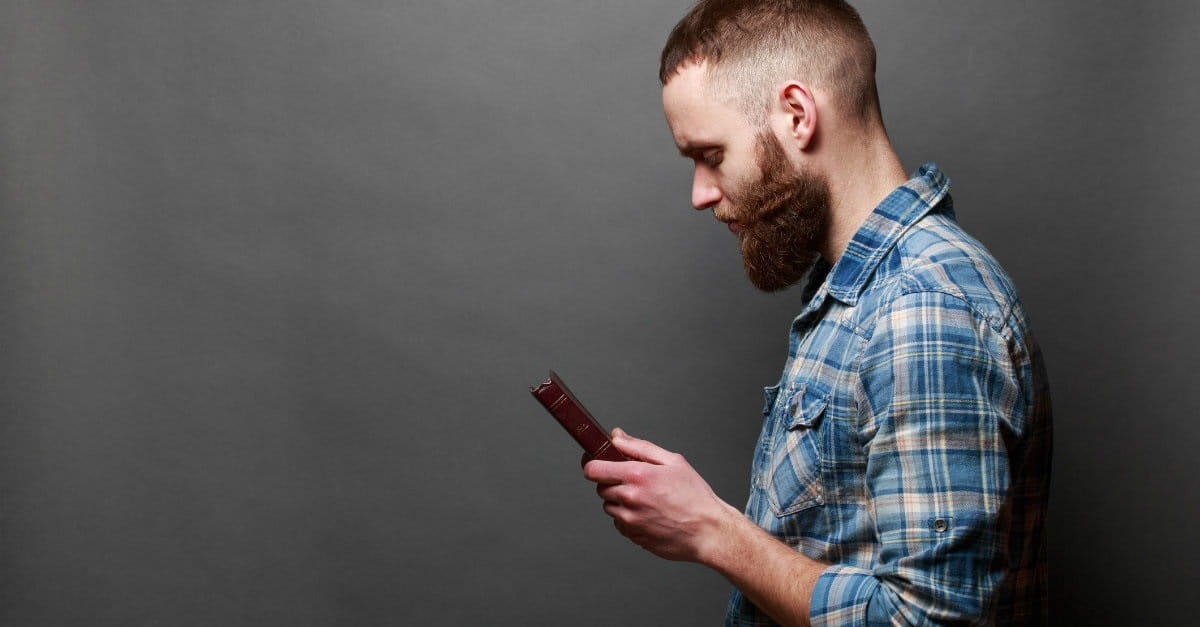 What I didn’t realize before, that I very much understand now, is that we reflect that which we seek approval. If it’s the approval of man, then we reflect nothing more than the very darkness within. “Well done, my good and faithful servant,” (Matthew 25:21) should be the only approval we seek.

This begins with the understanding that church is not just a once a week activity that we do because we’ve always done it. Going to a church doesn’t automatically make you a Christian, but on the other hand, never leaving the Church doesn’t help make anyone else one either. Besides, we aren’t just coming against the darkness, we are also coming against an enemy that seeks to deceive with a light of his own.

Don’t Let Satan Blow It Out! 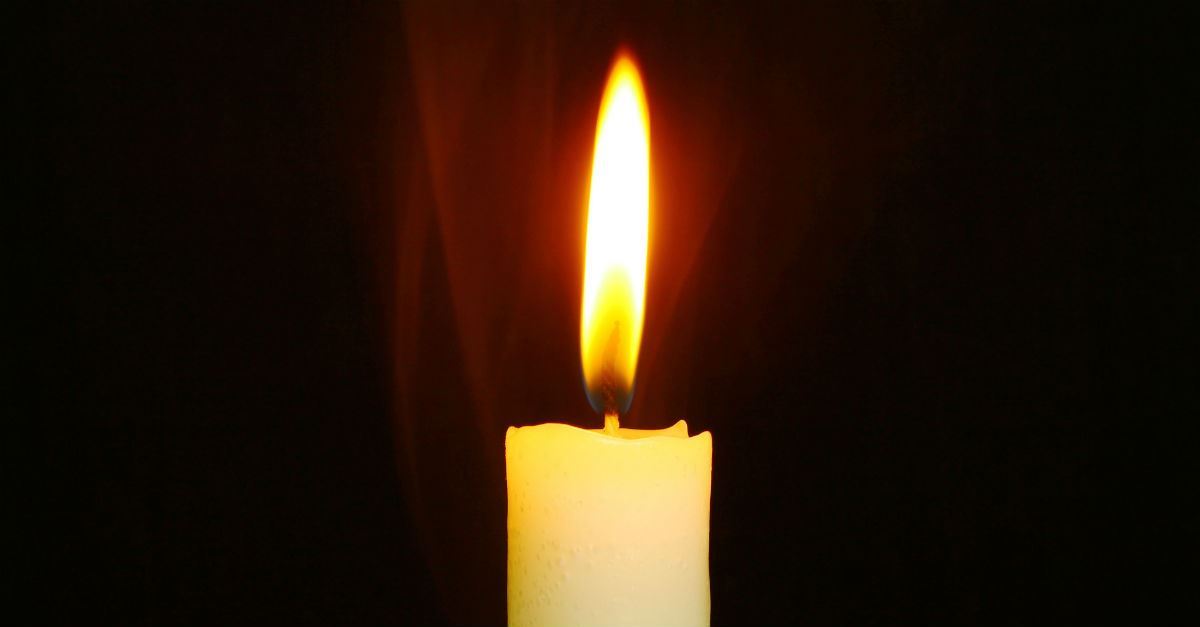 2 Corinthians 11:13-14 informs us that, “For such people are false apostles, deceitful workers, masquerading as apostles of Christ. And no wonder, for Satan himself masquerades as an angel of light.”

It’s amazing to think that we as Christians are not the only ones trying to shine a light on a world trapped in darkness. It only makes sense as Satan is a deceiver and a liar (Revelation 12:9). He’s not really deceiving anyone if he comes bearing the darkness that is already within. His deception comes when he appears to bring a light that can save us from our darkness. Yet, his light shines on the comforts and sins of the world that seem to bring a small time of salvation, but only leave us feeling sick.

“We must shine the true light to the world now...” 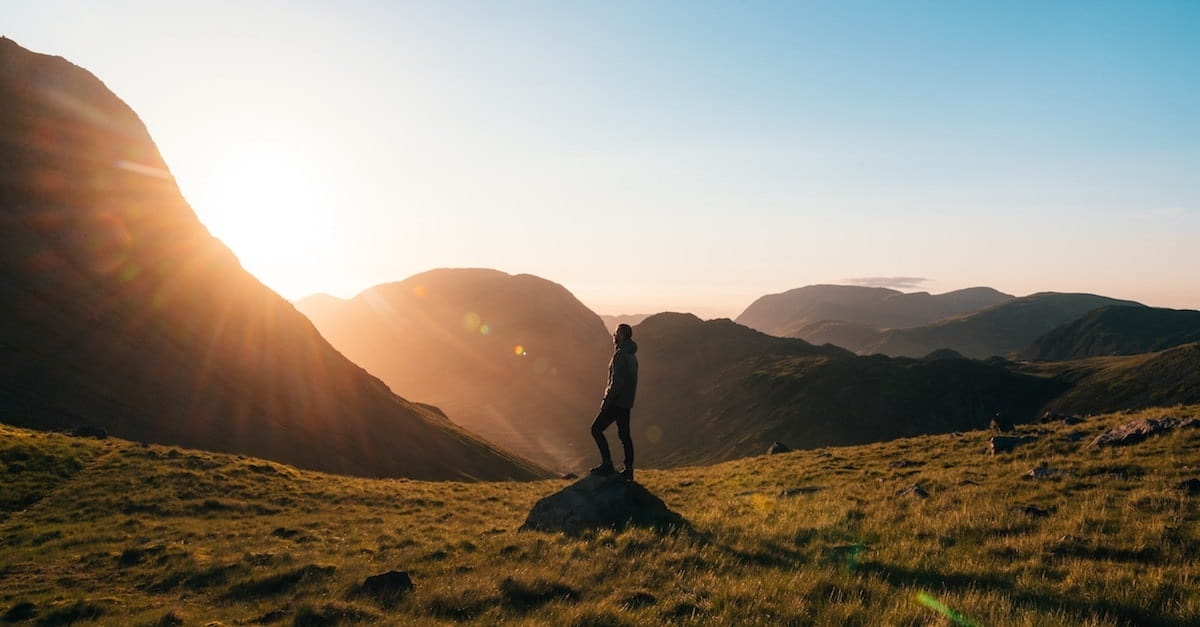 The light of Christ shines to help us resist the sins of this world through the revelation that the pain of resistance is for but a moment, but its joy is eternal. We must shine the true light to the world now because it is far easier for the lost to be found and rescued than it is for the deceived.

Let It Shine Till Jesus Comes! 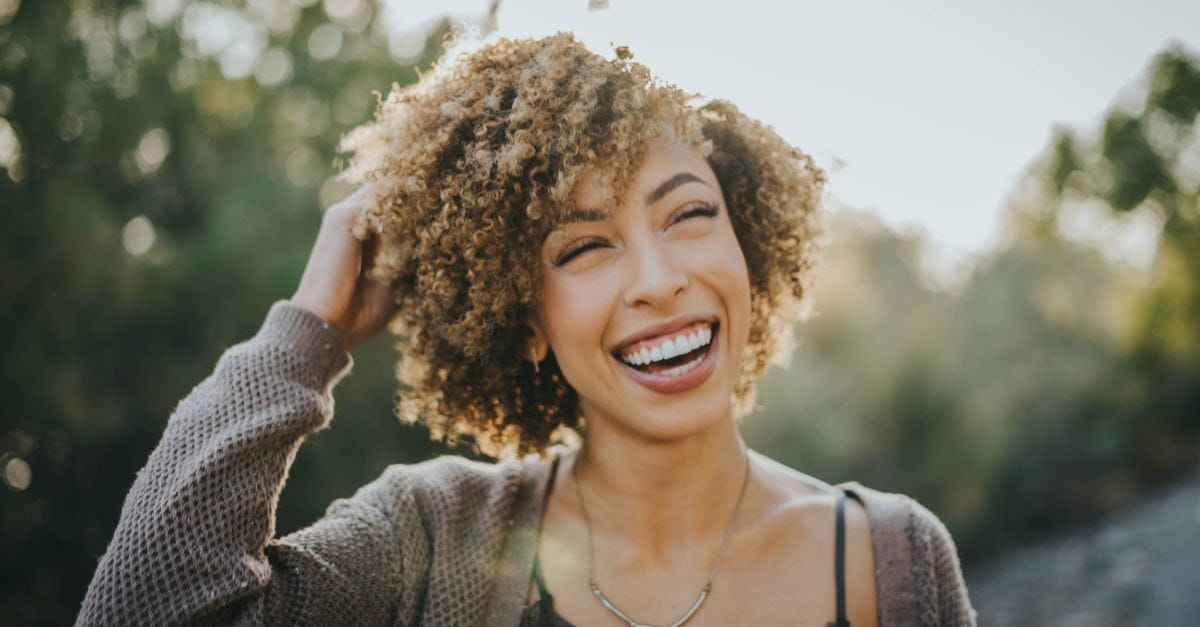 It is heartbreaking to know that we have the power to hide our light away from the world. This can be done because of a lack of faith in the power of God or a focus of fear on the power of the world that He has called us to reach.

The church is made for Christians to grow and go, and this should be evident to all around. If not, then something is wrong. I previously wrote about no one giving me a reason to shine my light outside of church, but that does not mean that everyone in the church I attended wasn’t a Christian. It doesn’t even mean that the rest of my family weren’t Christians during that time. It just meant that we did what we had always done and felt that it was good enough.

"Expose the darkness...uncover every shadow..." 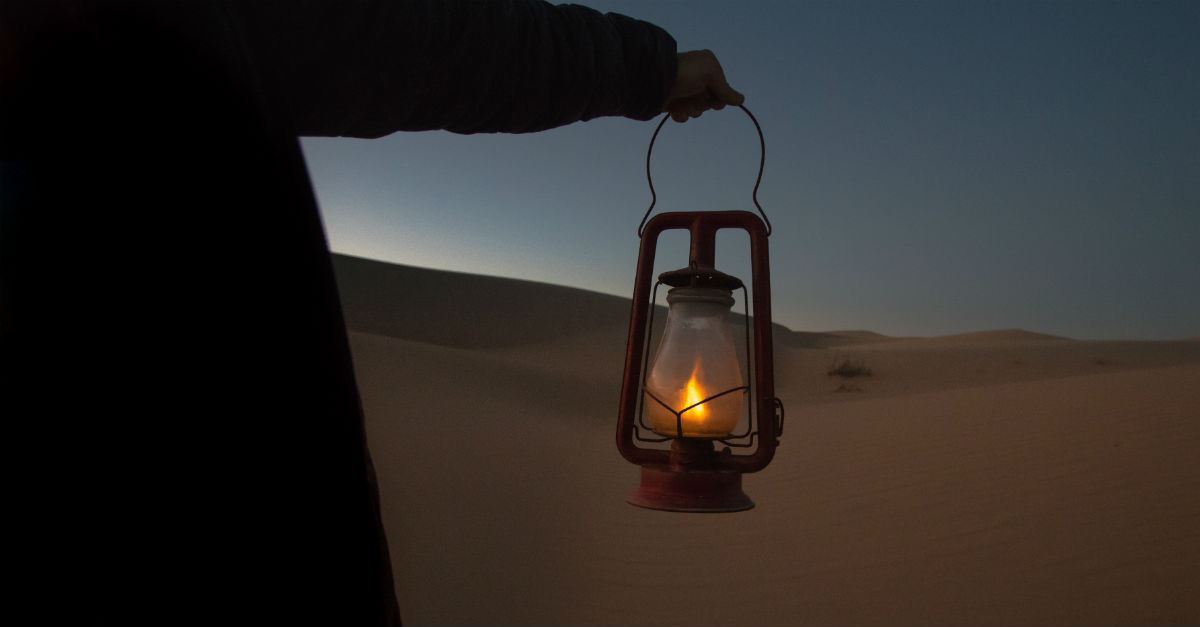 I hope to install an idea that we should never settle for “good enough” if we are to keep growing in the faith and knowledge of our Lord, Jesus Christ. You are called to “Do your best to present yourself to God as one approved, a worker who does not need to be ashamed and who correctly handles the word of truth” (2 Timothy 2:15).

We must continue to not only expose the darkness of this world with the clarity of truth that His light brings, but also to uncover every shadow in us that seeks to do anything but the will of God.

Richard Lee Sorensen is a happily married father of 7. He received his Bachelor’s Degree in Psychology – Christian Counseling from Liberty University and is a Certified Professional Life Coach from Light University. He helps people overcome the often emotionally overwhelming process of decluttering at Declutter Planning, and writes a blog with his oldest daughters at Fiction and Fatherhood.