10 Factors that May Cause You to Experience Wanderlust

Imagine getting a phone call like this: “Congratulations! You’ve won our contest! Your prize is a first-class round-trip ticket to anywhere in the world, plus deluxe accommodations and plenty of spending money.” The contest is not a scam, and there are no strings attached. So where would you go? I suspect most of us might come up with an answer pretty quickly. (Mine would be Israel.) We live in a time when computer and television screens, along with books and magazines, give us a window through which we can catch a glimpse of the great big world waiting for us to explore.

Wanderlust is the term we give to those who long to travel. Whether it is the lure of the open road, the dream of backpacking through Europe, or the goal of hiking the Appalachian Trail, most of us assume that travel is the treatment for a case of wanderlust. I really like to travel – well, maybe except for standing in a long TSA line at an airport – but am learning that a great road trip or an overseas adventure doesn’t touch the questions of “Why?” and “Where?” embedded in my wanderlust. In recent years, I’ve spent some time thinking about both good and bad causes for wanderlust. While wanderlust is typically defined as a strong desire to travel, this desire can first make itself known via a sense of restlessness about your everyday life – or a specific aspect of that life, such as your work, relationships, home, church, or stuff.

Lurking just beneath the surface, you may find one or more of these ten factors feeding your own case of wanderlust:

My friend Katie is always on the hunt for the new, the novel, the next big thing. She is a championship shopper, on a perpetual quest for the latest fashions and the most on-trend home accessories. We are powerfully trained by American consumer culture to cultivate our sense of dissatisfaction with what we have so that like Katie, we’ll buy more stuff. But this dissatisfaction habit is not limited to material goods alone. It can leave us always searching for the perfect church, a more exciting job, or a new and improved spouse.

Poet John Dryden called jealousy “the jaundice of the soul”. It is a specific kind of dissatisfaction that plays itself out in our relationships, focused on what you feel someone else possesses that you are lacking. Jealousy may show itself in old-fashioned coveting over an item, an experience, or a person. For most of us, social media can be a fertile ground that breeds jealousy within us as we scroll through images of happy family gatherings, reports of amazing vacations, and humblebrag announcements of fun or success. Unchecked, jealousy leads to relational wanderlust in the form of either toxic competition or emotional/physical distance.

Our excellent Creator wired us with the adrenaline-based fight-or-flight response so we’d be able to respond to danger. But constant fear can deplete us physically, and leave us bearing unprocessed trauma. Many in the church respond to the notion of fear by quoting pithy sayings like, “The Bible says ‘Fear Not!’ 365 times – one for each day of the year!”1 While far fewer than that number of verses address the kinds of fears we ’re facing in our lives, most of us know that simply telling another person not to be afraid almost never has the effect of evaporating their fears on the spot. Fear is a call for our bodies (or hearts) to move to a place of safety. And that call can look a lot like wanderlust to the untrained eye.

Anger is a response to injustice, and that fight-or-flight adrenal response that happens with fear also happens with anger. Anger gives us a burst of aggression that can heighten our senses and help us to rise up in order to pursue a just resolution. It can also be like an ungrounded, high-voltage wire that can cause great damage to ourselves or to those with whom we’re in relationship. When I feel like circumstances in my life are spinning out of control, I am quick to anger, and it shows up in my impatience on the road, rudeness on the phone with customer service reps, and the pursuit of emotional distance from those I care about most.

Though God was speaking in the context of male-female relationship in Genesis 1:18 when he said it was not good for man to be alone, this statement extends to our human condition. We were made for community. Loneliness creates necessary emotional restlessness. This restlessness can be a positive thing if it pushes us to seek to find connection. It can also be negative and drive us to wander deeper into isolation, believing the lie that we don’t need anyone or we’re not worthy of relationship.

There’s good news about our wanderlust, however. Not all our wandering has a negative connotation or a drifter’s direction. I’ve discovered that some wanderlust is rooted in virtue, not vice, and it can lead us to some amazing places in our lives in the company of the One who told his followers that he had no place to lay his head in this world (Matthew 8:20, Luke 9:58).

Positive restlessness results in curiosity. If you’ve ever watched a toddler exploring the world around her, you’ll see curiosity in (literal!) motion. Albert Einstein didn’t attribute his intellectual life to his I.Q., but to his unquenchable curiosity. Asking questions and not simply accepting the status quo are the gift of a questing, growing soul. Those who are settled and complacent have no reason to wander and nowhere to go.

Author Stephen King said, “Homesickness is not always a vague, nostalgic, almost beautiful emotion, although that is somehow the way we always seem to picture it in our mind. It can be a terribly keen blade, not just a sickness in metaphor but in fact as well. It can change the way one looks at the world; the faces one sees in the street look not just indifferent but ugly . . . perhaps even malignant. Homesickness is a real sickness—the ache of the uprooted plant.”2 My friend Len lived in another state for several years before receiving a job transfer that brought him back to his hometown. Though it was good to be back in familiar surroundings, he told me that part of the homesickness he’d felt when he was living far away didn’t disappear after the boxes were unpacked. In the words of the 1997 Steven Curtis Chapman classic, Len was not home yet. None of us are, even if we’ve lived in the same place our entire lives. We all live with the restless ache of the uprooted plant.

In what surely must be Jesus’ most beloved parable, the story of the prodigal sons in Luke 15:11-32, we watch in horror as the younger son demands his inheritance, partying like a rock star and burning through the money in short order until his spiritual wanderlust brings him to the end of himself. He hits bottom during a time of famine. He takes a job feeding (non-kosher!) pigs, and recognizes how far he’s wandered from the goodness of his father and his previous life. The truth set him free to repent, to turn in a new direction, and to take the first steps toward home. No longer living the life of a wanderer, repentance sets him on a path of return. Only repentance could guide his wanderer’s heart to where he needed to go next.

As we live between Eden and eternity, the experience of exile is common to all of us. Where do you experience exile most acutely in your life? For some of us, it’s our family. Divorce, death, and dysfunction drive us from one another. Others recognize exile most clearly in our culture, as minority groups who’ve experienced systemic injustice and unholy discrimination find themselves on the outside looking in. Some of us find that the place that is supposed to be a community of love and welcome—our local church—has instead left us feeling like outcasts. We are all born to wander. There is good news, however. Exile is not a terminal point. It is not meant to be a destination. Exile is meant to transform us into pilgrims. Restlessness gets a bad rap in this world and can fan the flames of all kinds of sin. But our wanderlust can also serve as a powerful compass. Fourth-century North African church father Augustine of Hippo famously prayed, “You have made us for yourself, and our hearts are restless, until they can find rest in you.”3

Your wanderlust can put you on the fast track to nowhere, or it can serve as a compass to lead you home. 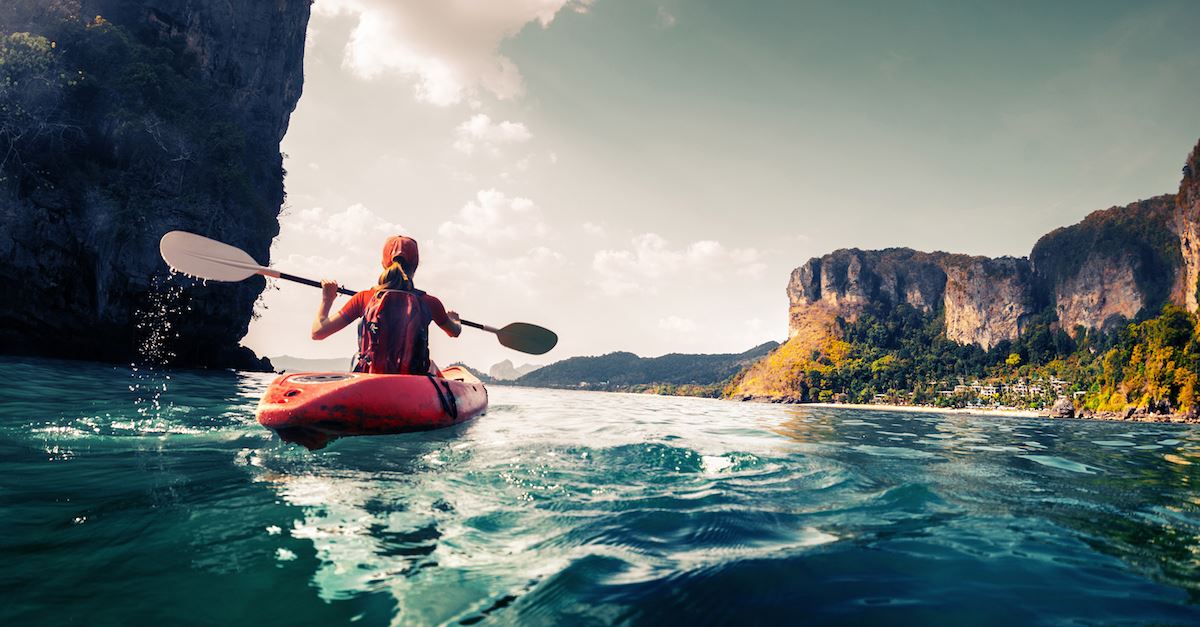 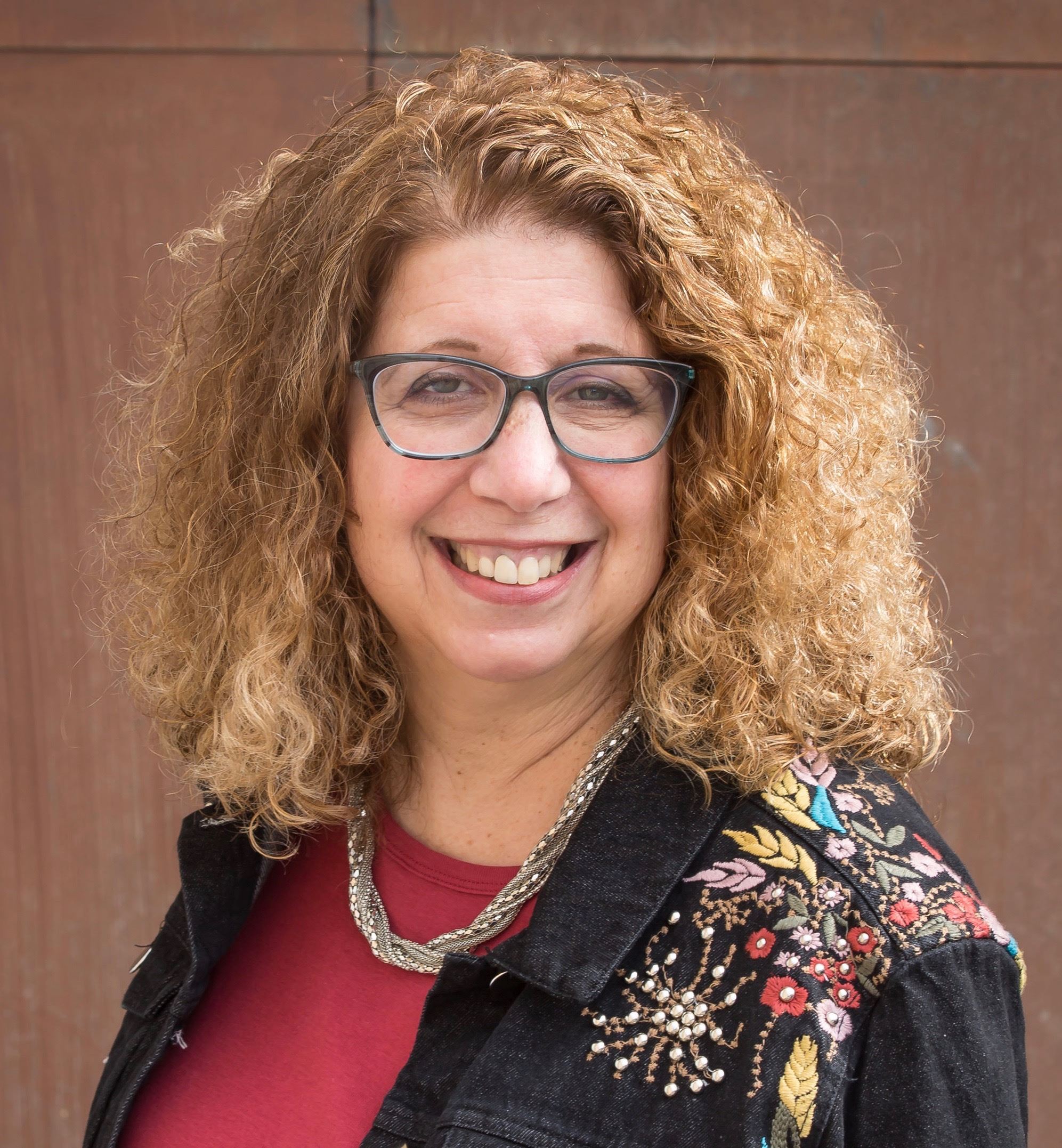 Michelle Van Loon is the author of Born To Wander: Recovering the Value of our Pilgrim Identity (Moody Publishers, 2018). Since coming to faith in Christ at the tail end of the Jesus Movement, MICHELLE VAN LOON'S Jewish heritage, spiritual hunger, and storyteller's sensibilities have shaped her faith journey and informed her writing. She is the author of five books, including If Only: Letting Go of Regret, Moments & Days: How Our Holy Celebrations Shape Our Faith and the forthcoming Born to Wander: Recovering the Value of Our Pilgrim Identity. Michelle is a regular contributor to Christianity Today's women's blog, In Touch magazine, and is the co-founder of www.ThePerennialGen.com, a website for midlife women and men. She's married to Bill, is a mother of three, and a grandmother of two. Learn about her writing and speaking ministry by visiting her website, www.michellevanloon.com.