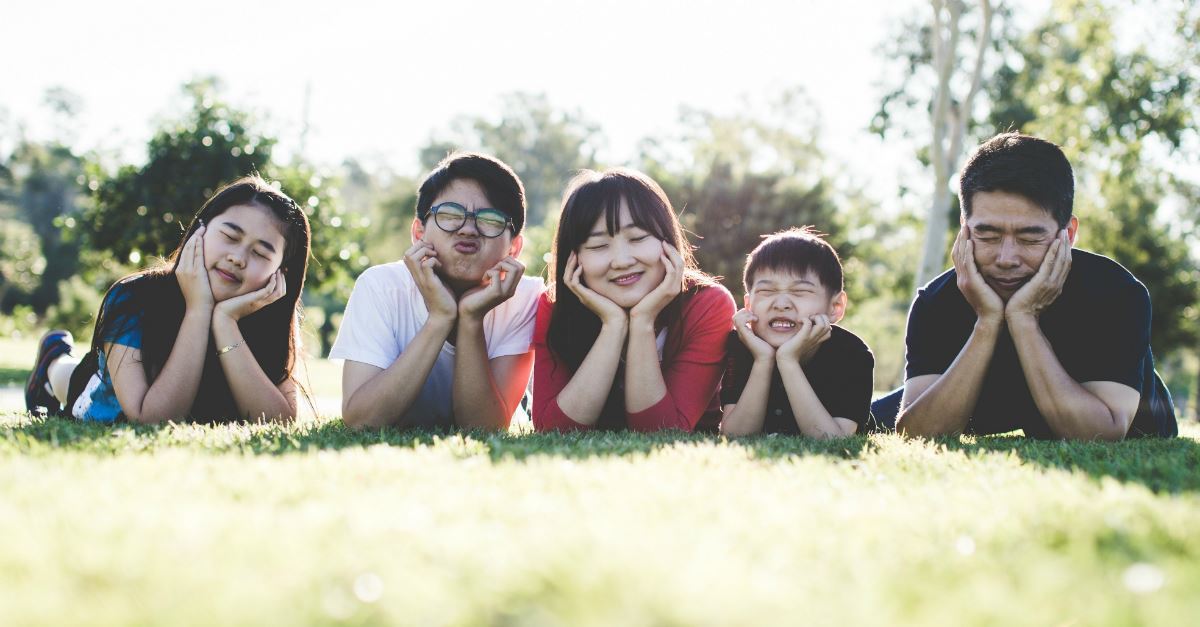 A masked 17-year-old in California was arrested after lurking outside several homes, intimidating the owners, and eventually breaking into a home, waking the residents and demanding something from them: their Wi-Fi password.

Yes, it’s a true story; I can’t possibly make this stuff up.

When this kid ran out of data, he put on a mask and began wandering from house to house in his neighborhood in Palo Alto trying to find a Wi-Fi signal. Most people today have become smart enough to add passwords to their Wi-Fi, so he didn’t have any luck, and after trying several houses, he eventually broke into a house and woke up the couple living there.

He was chased out and eventually arrested.

Perhaps smartphones are a little more addicting than we thought.

I probably don’t have to convince you that today’s young people like their screens. Some go through withdrawal symptoms when they’re without it. 56% of teens associate the absence of their cellphone with at least one of these three emotions: loneliness, being upset or feeling anxious.

Why is this? Maybe it’s because they don’t remember life without it.

But before we all start saying, “Kids these days…” consider this:

So that means parents actually average more screen time than our kids. Consider what this looks like in your typical American home: Dad’s watching the big flatscreen, Mom is scrolling through Facebook, teen daughter is up in her bedroom checking her Insta-feed, brother is playing Fortnite…. and the Golden Retreiver is on the treadmill because no one will walk him!

So what can families do to prevent become screen-obsessed?

Don’t worry, you don’t need to all throw your phones away and move to Amish Pennsylvania (I’ve spoken there several times, and they’re actually experiencing the same struggles). But maybe we should learn a few ways to become a little smarter with our smartphones.

Here are five ways to free your family from becoming screen-obsessed: 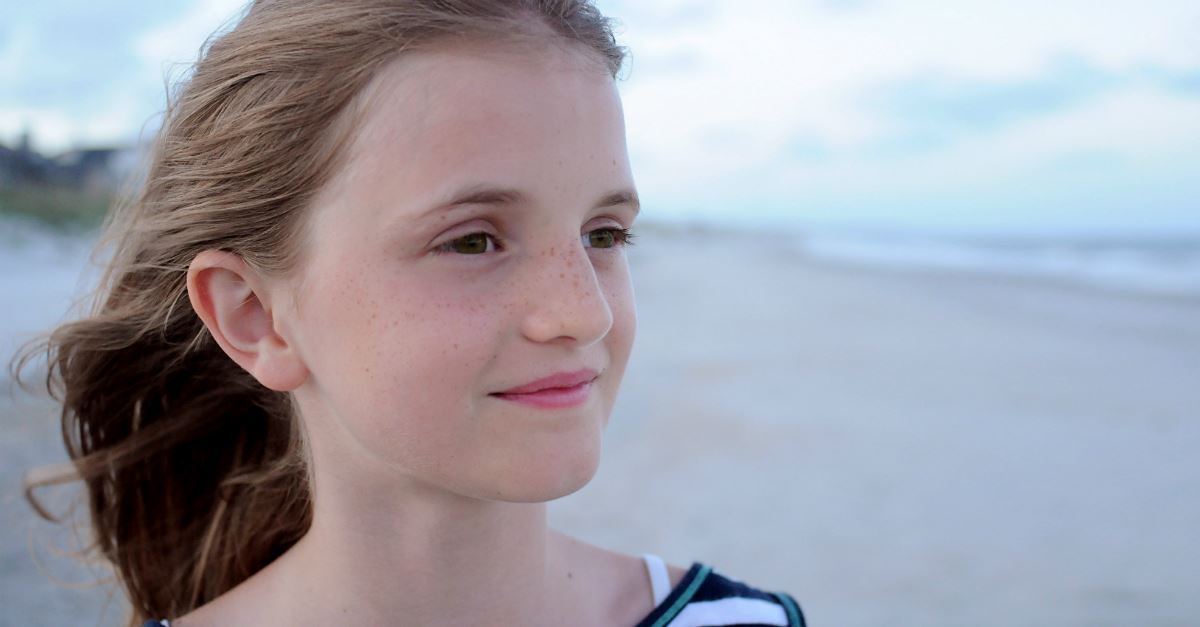 The biggest question I’m asked from parents is, “What age should I get my kids a phone?” And my answer is always the same: high school.

I know, I know… but when your daughter was 11 she told you, “Mom, all my friends have phones!”

And most of them do. The average kid gets a smartphone at 10.3 years old. But that doesn’t make it the wisest choice. In fact, most experts agree that teens don’t need screens at thirteen. In fact Microsoft’s Bill Gates and Common Sense Media’s President Jim Steyer both waited until their own kids were 14 and in high school before they got their own phones. Dr. Jean Twenge, author of iGen recommends, “Put off giving your child a smartphone as long as you can.” Why? She will be quick to tell you, “It’s not an exaggeration to describe iGen as being on the brink of the worst mental-health crisis in decades. Much of this deterioration can be traced to their phones.”

You don’t have to say no… just not yet. Which is the same thing you can do with social media… 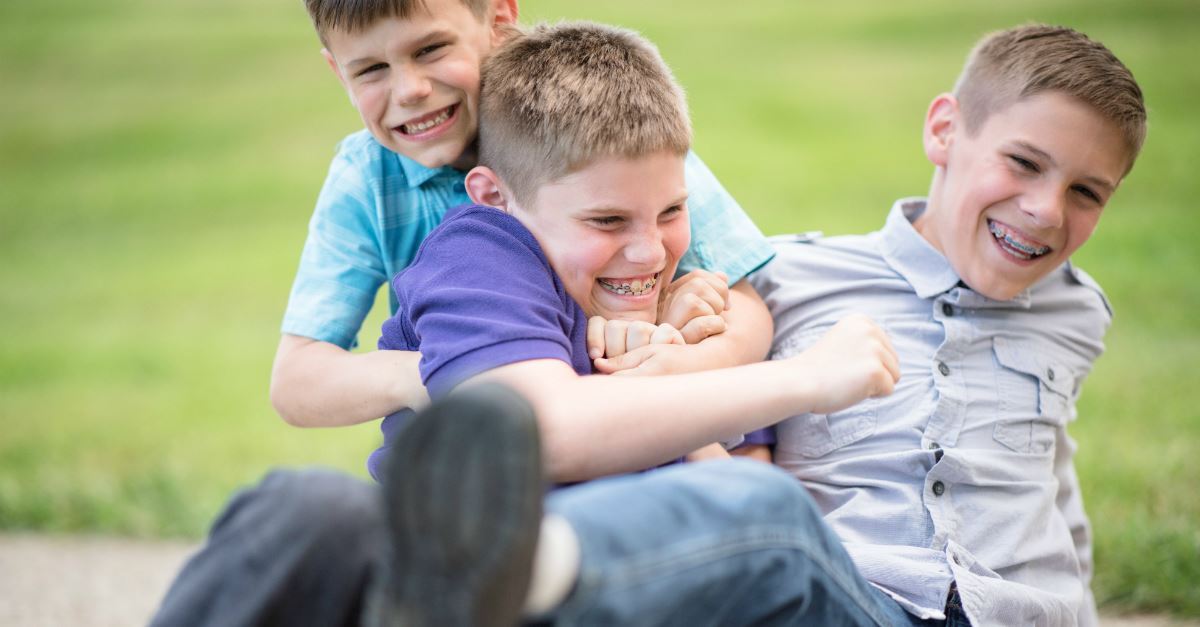 When your 12-year-old son asks to have Snapchat or Instagram because all his friends have those apps, just reply honestly, “Sorry, it’s against the law.”

It’s the truth. The FTC doesn’t even allow social media sites like Instagram, SnapChat or Twitter to collect data from anyone under 13 (it’s called COPPA, the child’s online privacy protection act); so kids who are under 13 literally have to lie about their age just to get those apps.

Don’t be in a hurry to inflict this kind of drama on young people’s lives. 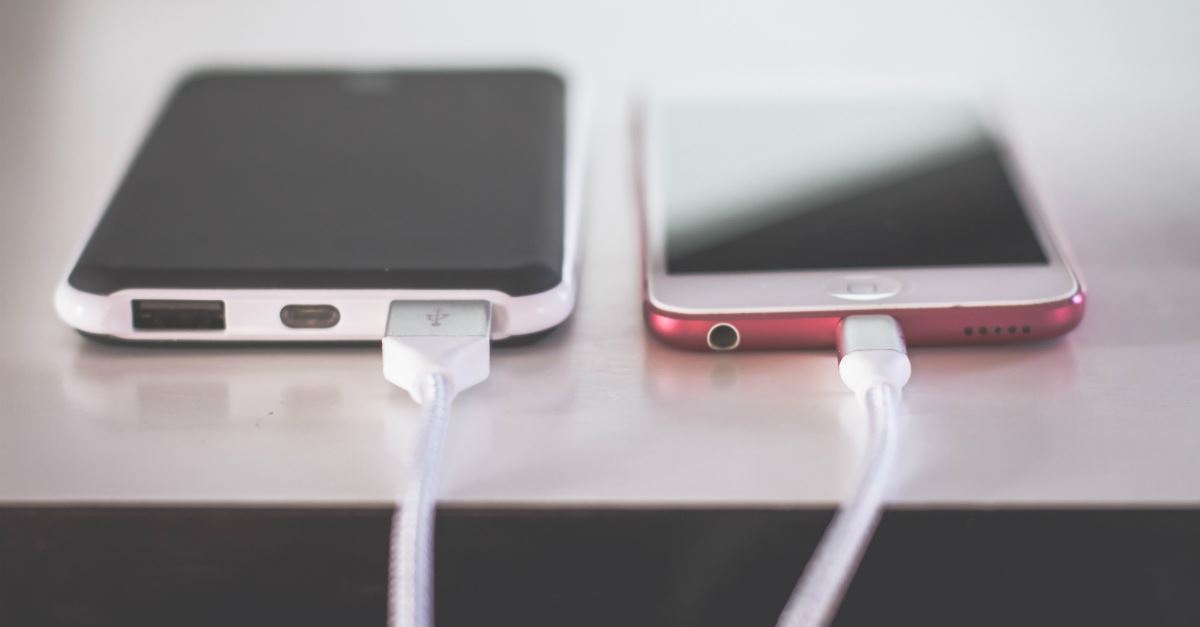 For years the American Academy of Pediatrics, the National Sleep Foundation and countless others have been recommending kids keep smartphones out of the bedroom at night, not only because it effects their sleep (which it does dramatically), but because many find it a distraction.

57% of young people admitted that using social media often distracts then when they should be doing homework. Others admit that mobile devices allow them to do things that their parents don’t necessarily know about. For example, 54% of teens admit if their parents knew what actually happens on social media, they’d be a lot more worried about it.

How much self-control would you have if you were sitting in your bedroom alone with a bowl full of candy right next to you?

Give your kids a needed break from their technology come bedtime. Buy a docking station and charge their devices in your bedroom. Tell your kids, “It’s a free service we provide. No fee whatsoever. We’ll have this charged and ready for you in the morning.”

4. Talk about the elephant in the room 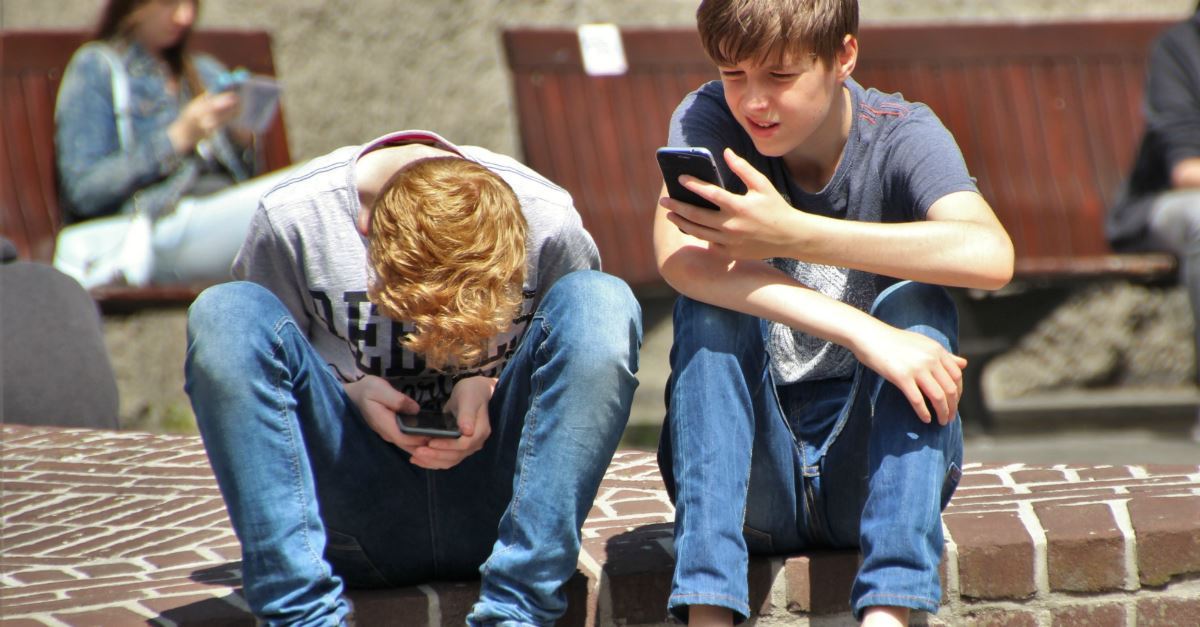 Young people like their phones, but they are beginning to recognize many of the problems phones are creating.

A recent study of teenagers revealed that the majority of them actually felt worried about the time they interacted with their smartphones:

·      52% experience times where they are sitting with a bunch of their friends and no one is talking because they are all staring at their phones.

·      65% wished they were better able to limit the amount of time they spend on their phones.

Let that sink in for a moment. Almost two-thirds of kids wished they were better able to limit their own screen time, and even more of them would like more “face time.”

Have you ever talked with your kids about this?

Ask them, “Have you ever wanted to talk with someone and you couldn’t because they were so busy staring at a screen? How did that make you feel? How can we prevent this from happening?”

If you read an article about this (like this one, or the countless studies I’ve cited in this article), try reading a paragraph at the dinner table and simply ask, “Is he right? Do you notice this among your friends? How can we make sure we avoid doing this to others?” 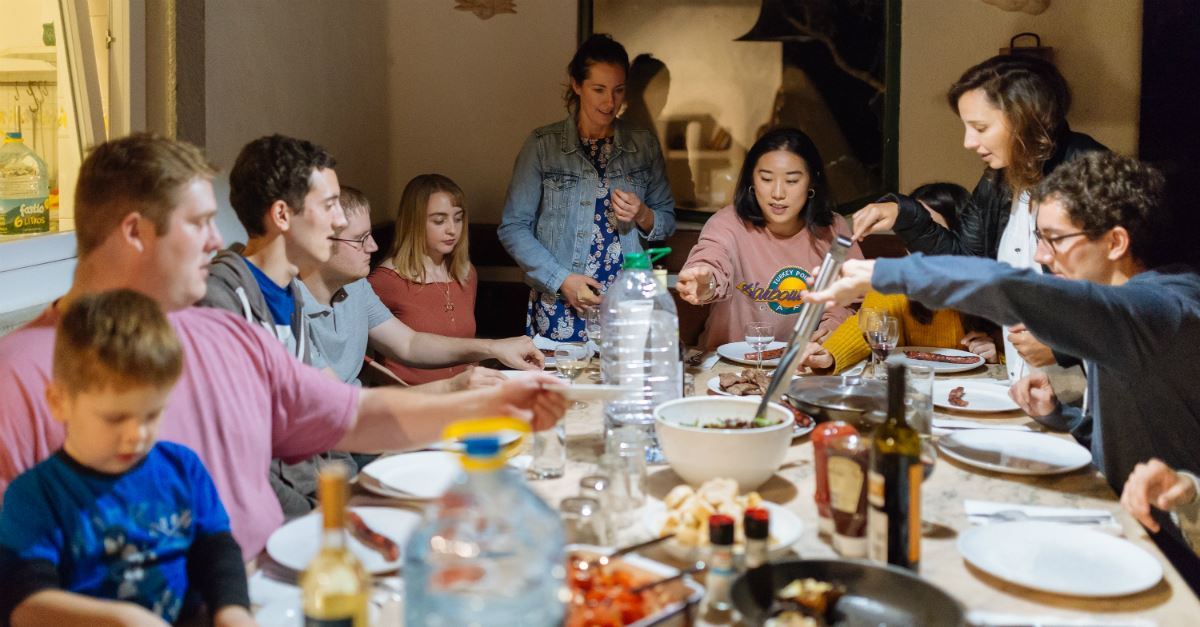 Make dinner sacred. No screens… even you, Dad. Work can wait 30 minutes.

In my research for my book, If I Had a Parenting Do Over, I asked hundreds of empty nester parents one question: If you could go back in time and change just one parenting practice, what would you do over?

The answers were eye opening. And the number one answer by far was, “I’d spend every possible moment with my kids.” The answer came in many forms, but most people mentioned that they’d turn screens off and spend more time in face-to-face conversation.

That sounds like a big ask, turning screens off for a given period.

In 2018 a group embarked on a study of a group of 12-16-year-olds who went to camp for several weeks in an area without Wi-Fi or cell service. Researchers predicted that this Generation would go insane without their devices.

The results were the exact opposite.

In fact 92% of the teens and tweens experienced greater satisfaction or “gladness” being away from their devices while only 41% felt any kind of frustration at any time. This is just one of many studies of its kind.

Is there a chance that your kids might be craving real live face-time?

Which of these 5 practices can you implement this week?

Jonathan McKee (@InJonathansHead) is the author of over 25 books like The Bullying Breakthrough and The Teen’s Guide to Social Media & Mobile Devices. He speaks to parents and leaders worldwide and provides free resources and advice to parents at TheSource4Parents.com