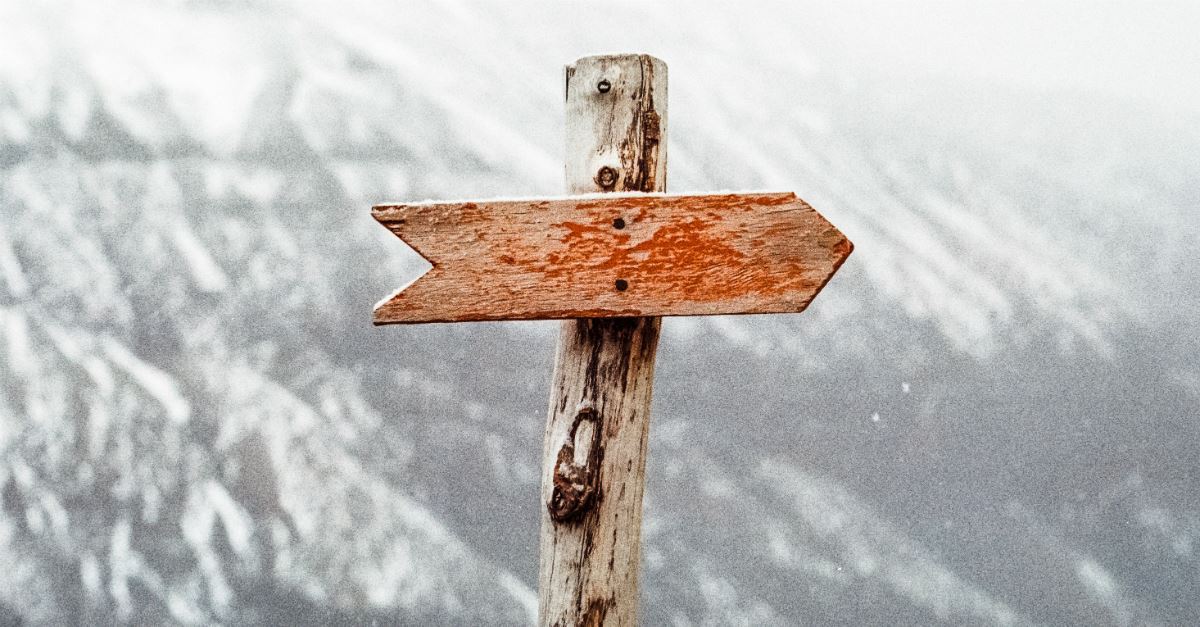 Ronald Wilson Reagan was not a perfect man, of course, but in many ways he was a great leader. If you had told those of us who were growing up in the 1960s that the Berlin Wall would be torn down and communism would collapse in on itself, we would have dismissed you as at best naïve and possibly insane. Reagan saw what needed to happen, what could happen, and how it needed to happen, and he led the way.

Good leadership produces good results and bad leadership produces bad results. Jesus affirms this when He says: ‘It is enough for the disciple to be like his teacher, and the servant like his master’ (Matt. 10:25), and ‘if the blind lead the blind, both will fall into a pit.’ (Matt. 15:14) Since leadership works, to get great results we need to define, develop, and deploy great leaders.

The church today needs to understand what makes a great leader in God’s eyes. By the power of the Holy Spirit, we can raise up leaders that will impact the world even more than Ronald Reagan did, because they will be winning spiritual battles and producing eternal outcomes, not just temporary political ones. But to do that we need to understand maxims about leadership that arise from the Scriptures.

1. Great leaders know their mission and are unalterably committed to achieving it.

How did Reagan do it? How did he remain unwavering under such a harsh and prolonged assault by his own countrymen, as well as foreign enemies? He knew his mission. He was steadfastly committed to achieving it, he refused to be paralyzed by fear, and with passion he communicated the mission and the strategy for its success.

We have been given an even better example of this in Jesus Christ, who was unalterably committed to achieving His mission. He came into this world to save sinners, defeat Satan, and win the victory for His church. He allowed nothing to deter Him. The dread of the cup of suffering that He would drink, the fearsome challenge of facing a horrible death, and even His ‘descent into hell’ and separation from the Father would not keep Him from achieving His mission.

That kind of focus and passion should consume leaders who are following Christ as their Lord and Savior. Great leadership requires an understanding of our mission and an unyielding commitment of faithfulness to it. Neither self-promotion, nor self-preservation, nor pride, nor fear, nor weariness should deter a leader from faithfully fulfilling the mission.

For Christian leaders, our marching orders are both simple and profound. First, we are called to personally seek first the kingdom of God and his righteousness, and all these things will be added to you (Matt. 6:33). Second, we must continually reproduce ourselves by making disciples who have an unquenchable passion for the pre-eminence of Christ in all things (Col. 1:18). Finally, we execute our specific responsibilities as a Christian leader in the task, initiative, or organization that has been entrusted to us.

Our Lord Jesus, again, is the ultimate example of this maxim. His loving concern for His people is demonstrated in so many ways in the Gospels and elsewhere in Scripture, but here are just a few examples.

In John 17, we read that on the night before Jesus’ unjust trial, terrible scourging and crucifixion (not to mention the horrors of being separated from His father through bearing the penalty of sin) the chapter describes Him serving His disciples by praying for them.

One of His primary requests in this long intercessory prayer is for the protection of His followers, which is consistent with His vigilant care for them throughout His earthly ministry. ‘I do not ask that you take them out of the world,’ He prays, ‘but that you protect them from the evil one.’ (John 17:15) Who can forget these famous words from our Lord: ‘I am the good shepherd … I lay down my life for the sheep.’ (John 10:14-15) He made use of a similar analogy during His leadership training of the disciples:

What do you think? If a man has a hundred sheep, and one of them has gone astray, does he not leave the ninety-nine on the mountains and go in search of the one that went astray? And if he finds it, truly, I say to you, he rejoices over it more than over the ninety-nine that never went astray. So it is not the will of my Father who is in heaven that one of these little ones should perish. (Matt. 18:12-14)

The Lord takes care of His people, and we should too. But because of the selfish bent of our nature, it is a serious challenge to do so from our hearts – and do it in the right way. Additionally, Satan is at war with God’s people, and he is trying to keep leaders from caring for them as they should. Such spiritual warfare is the reality in which we live, and that is one reason I like to use military illustrations so often in my teaching.

In November 1965, Lieutenant Colonel Harold ‘Hal’ Moore Jr. and the U.S. Seventh Cavalry’s First Battalion were engaged in one of the opening battles of the Vietnam War. Surrounded by an estimated 4,000 North Vietnamese regulars at a jungle clearing called Landing Zone X-Ray, Moore’s 450 soldiers were taking searing fire from all sides. Even with periodic American air support, his outnumbered troops faced annihilation.

Moore was determined that his men would survive, however, and he directed a heroic defense in what proved to be one of the fiercest battles of the war. He and his soldiers repulsed repeated assaults and inflicted severe casualties on the enemy until his battalion was finally relieved by reinforcements. The dramatic story is told in the 1992 best seller, We Were Soldiers Once…and Young, which was made into an acclaimed motion picture.

Moore won the army’s highest award, the Distinguished Service Cross, and eventually rose to the rank of lieutenant general. He was renowned for his superb leadership skills. A scene in the movie captured his foresight and grasp of leadership principles when Moore’s character confronted a squad leader who had been unceremoniously ‘killed’ in a training exercise. ‘You are dead,’ Moore declared. ‘Now, who do you have ready to take your place?’ The scene reflects both the reality of warfare and our third maxim: great leaders always prepare to reproduce and multiply themselves.

In military warfare, a leader is always a target, and it’s no different in spiritual warfare. Remember, Satan always has leaders in his crosshairs. Observe:

There is always a price to pay in leadership, a principle affirmed in Zechariah 13:7: ‘Strike the shepherd, and the sheep will be scattered.’ The Bible teaches that Christians strive against the world, the flesh, and the devil – and all three forces incessantly attack leaders in particular. The world, especially contemporary American culture, constantly misrepresents the meaning of true leadership.

Knowing that fighting the good fight requires a multitude of leaders and that leaders sometimes become casualties, great leaders are those who intentionally reproduce themselves.

Eventually, all of us will be called home, so who will be there to take our place?

Paul had Timothy and others prepared to replace him. Elijah prepared Elisha. Moses prepared Joshua and Caleb. Jesus had the Seventy, the Twelve, and the Three prepared when He ascended to heaven.

Great leaders don’t leave behind a vacuum waiting to be filled by the devil’s counterfeits, but they work hard at multiplying qualified replacements who are ready to expand the kingdom of God throughout the world.

My understanding of this crucial maxim once prompted a memorable conversation with my son. As he neared graduation from college, I shared some family history that I hoped would make a point. I admitted to my son that I had failed as his father many times, and I asked him to forgive me.

In the same way, the church as the family of God must be committed to the reproduction and multiplication of leadership. One of the main reasons good churches decline in subsequent generations is because they have failed to disciple effective leaders who can take the church and its mission forward to extend the kingdom of God.

Satan gladly fills the leadership vacuum with false teachers who cause the devolution of the culture and a death spiral in the ministry. So leaders who want to see God’s blessings extend ‘to a thousand generations’ must commit themselves to the biblical principle of leadership multiplication.

The mark of great leaders is not the number of their followers, but how they attract and intentionally develop the next generation of leaders.

This book excerpt was adapted from 3D Leadership by Harry L. Reeder III, with permission from Christian Focus Publications.

Dr. Reeder has served for almost 20 years as senior pastor of the 4,000+ member Briarwood Presbyterian Church in Birmingham, Alabama, birthplace of the PCA denomination. His radio ministry, In Perspective, is broadcast on stations nationally. Through Briarwood’s Embers to a Flame ministry, Reeder and the ministry leadership team teach, coach, and mentor church leaders across the country and around the world. Pastor Reeder and his wife, Cindy, live in Birmingham, Alabama.