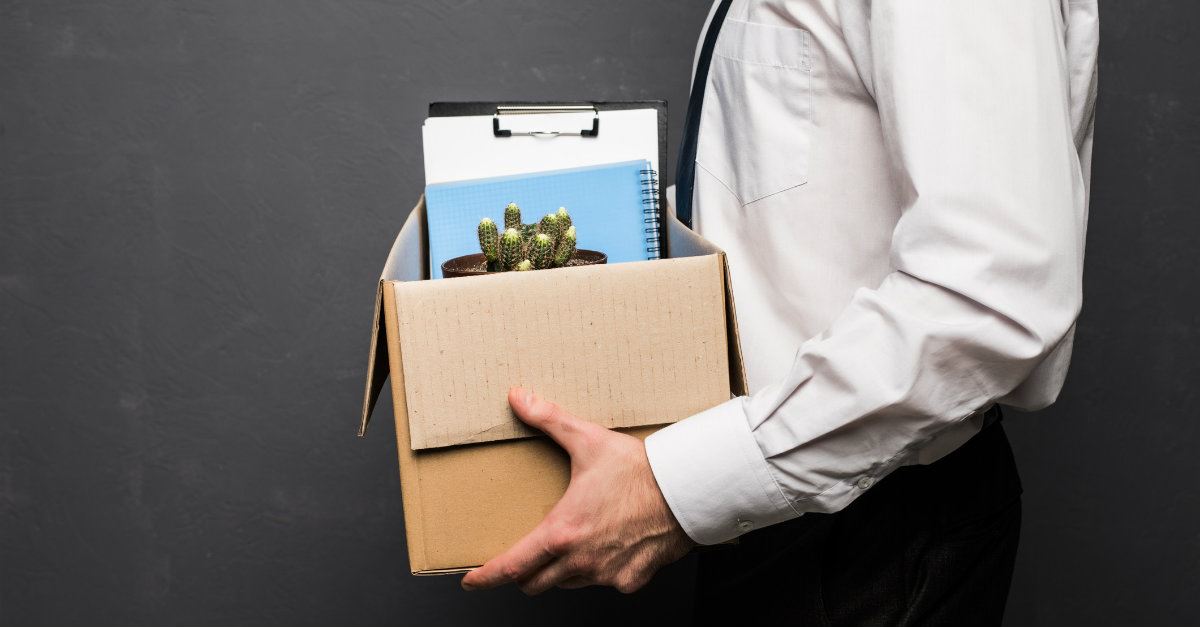 I should state up front that not everyone calling himself/herself a minister of the gospel is telling the truth. Charlatans and hypocrites can be found in every field of endeavor, including the ministry. Those who go from church to church preaching corrupted gospels, bullying the congregation in the name of Jesus, tearing up fellowships and ruining lives–such people need to be put out of business.

Once pastors and denominational leaders see the destructive pattern in a minister’s history, they should quit passing his name along to other churches. And someone should speak the truth to him and say why. Then “unfriend” the guy.

But unless a church has good cause, it should never fire a minister. If there are reasons for dismissing the minister and vacating the pulpit, faithful and mature leaders can find ways to make it happen without ruining that person’s future opportunities for service. But outright firing a minister forever brands him and may ruin his ministry prospects.

I hear this all the time. “He’s outlived his usefulness here.” “We need new leadership.” “He’s not a good match for our church.” “He’s offended the key leaders and no one trusts him anymore.”

Okay, fine. If the consensus is fairly unanimous that the pastor needs to leave–and in most cases I mean the minister agrees also!–then you can find ways to make it happen honorably. After all, in addition to handling the ministry with care, leadership must think of their church’s reputation also.

I cannot tell you the number of churches that have ruined their reputations by the crude way they ushered a pastor from their church.

I regret to say that I know much of this first hand. As our Lord said to Nicodemus, “We speak of what we know and testify of what we have seen” (John 3:11).

When a church fires a pastor and sends him packing, many things happen. Almost none of them is positive or good.

Several things happen to the minister.

–His family is hurt.

–His children are body-slammed. They were the innocent victims in this drama–attending their choirs and mission groups and sports teams. Suddenly, their parents announce that “Daddy is no longer the pastor and we cannot go back to that church.” In any other line of work, when Daddy loses his job, the family still has its church. And after all, the fellowship of the church has eased many a hurtful transition for everyone else in the congregation. But it will not be doing so for the pastor’s family.

–His reputation is shot. When one friend was trying to get back in the pastorate after a year’s layoff, the search committee liked his preaching and were impressed by the interviews. But they simply could not get past the fact that his previous church had abruptly dismissed him. “Where there’s smoke, there’s fire,” they said  To date, several years later, he is still out of the pulpit and doing another kind of ministry altogether.

–His faith is tested as it has never been before. How will he support his family when no church invites him to do what he is trained to do? How is he to respond when he finds out the former church is blackballing him and poisoning the waters so that no church wants to give him a chance? Where are his friends?

If you know of a pastor (or minister of any variety) who is undergoing such treatment, stop and send up a prayer for him.

–They suddenly find out what the ousted pastor has been responsible for, smaller details which had eluded them. Who will visit the hospitals, the nursing homes, the shut ins? Who will plan various programs? Who will give leadership to the staff?

–Filling the pulpit in the interim, the leadership thought, will be easy. There are always preachers available. But the reality soon sets in. Not all guest preachers are created equally. When the congregation begins to complain about the interim pastor, what are we to do? Who bears the responsibility here?

–And the big one. And the reason which prompted this article in the first place… Once church leadership gets a taste of running a preacher off, some of the more carnal will decide they like the power that gives them. A new reality sets in. It’s like blood in the water to the sharks. Thereafter, no pastor is safe from them.

They will look around at the remaining church staff and ask what this person does, what is he/she being paid, and why are we keeping them on? Soon, staff members start falling.

Pity the next pastor. No sooner does he arrive than some of these bloody-eyed leaders begin looking askance in his direction. “Does he know,” they wonder, “that we can send him packing just as we did his predecessor?” “Does the new guy know he has to deal with us now? That we are not going to stand for someone who will not do what we want?”

Just so easily do churches begin their downward spiral. They fire a pastor, decide that wasn’t so bad (and God didn’t strike them dead!), and soon run another one off. And the one after that.

I moderated a church business meeting in which the congregation voted to fire the pastor. As I exited the building that night, a senior lady said to me sadly, “Oh, Brother Joe. This is the fourth pastor in a row we have done this to!” Their church was then running one-fifth of its attendance from former years.

It can be a sickness, something in the internal organs of a church. “Let’s fire the preacher and get one we like.”

God in Heaven has written in the names of such leaders on His appointment schedule. They will stand before Him and give account of their ungodly, carnal behavior. They will account for the damage they have done to the Lord’s churches.

One big thing happens to the membership.

They leave the church. Some go home and never return to any church. Some move to other churches. Most go to a strong stable congregation where the pastor is respected and the membership is settled, where no one is harassing the pastor.

One wonders if the leadership ever looks at the empty pews and dwindling resources and blames themselves. Do they take ownership for their sins?

This week a friend in another state told me of her church. A few years ago, when they ran off the pastor, that church was running 1,200 in attendance. These days, after ups and downs of one type or the other, they’re running one third of that.