Is It Ever Okay To Stop Praying For a Loved One’s Salvation? 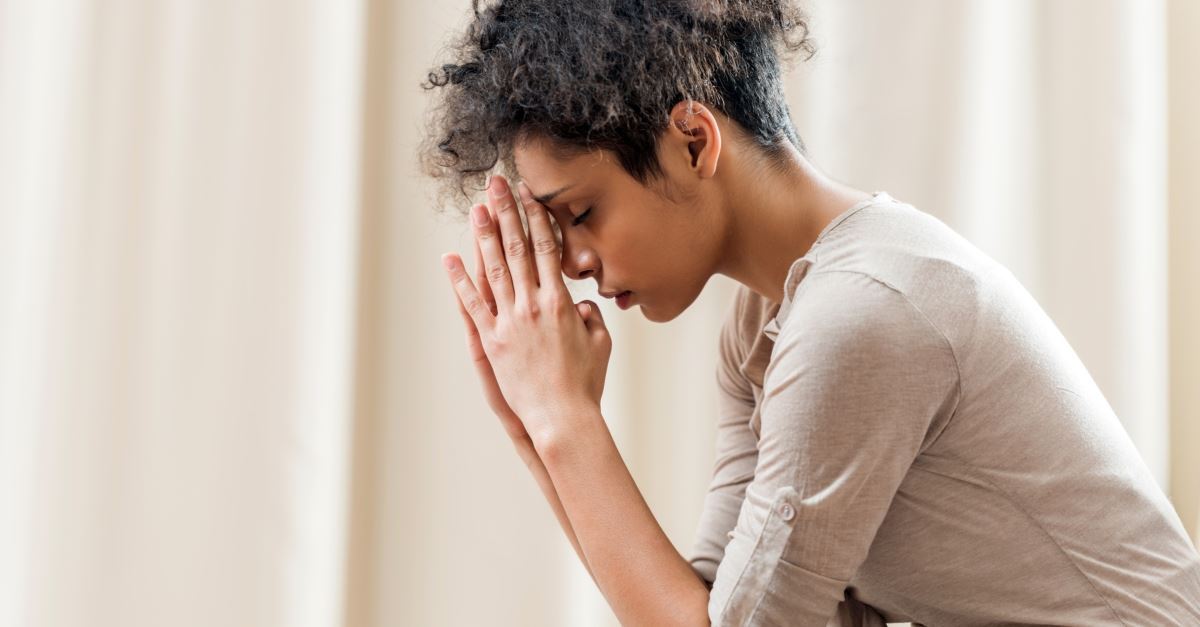 It’s easy to grow weary in prayer. We’re human, after all, and today, we live in a culture that expects instant results. We forget that the Lord taught persistence, patience, and endurance in prayer. He encourages us through His Word to pray without ceasing, to come boldly before the throne of grace, and to ask, seek and knock repeatedly.

To me, that implies more of a crock-pot mentality than a microwave mentality!

Yet, after an hour—a day—a week—or even years, we’re tempted to give up. We think the Lord has answered our prayer with a no. We assume he isn’t going to save the loved one we’ve been praying for. We assume they’re too far gone or too hard-hearted to be broken. We might even assume they’re unreachable and it’s all pointless.

Friend, I’m here to tell you—it’s never okay to stop praying for them. Here are a few reasons why.

1. We reside in an upside-down kingdom. 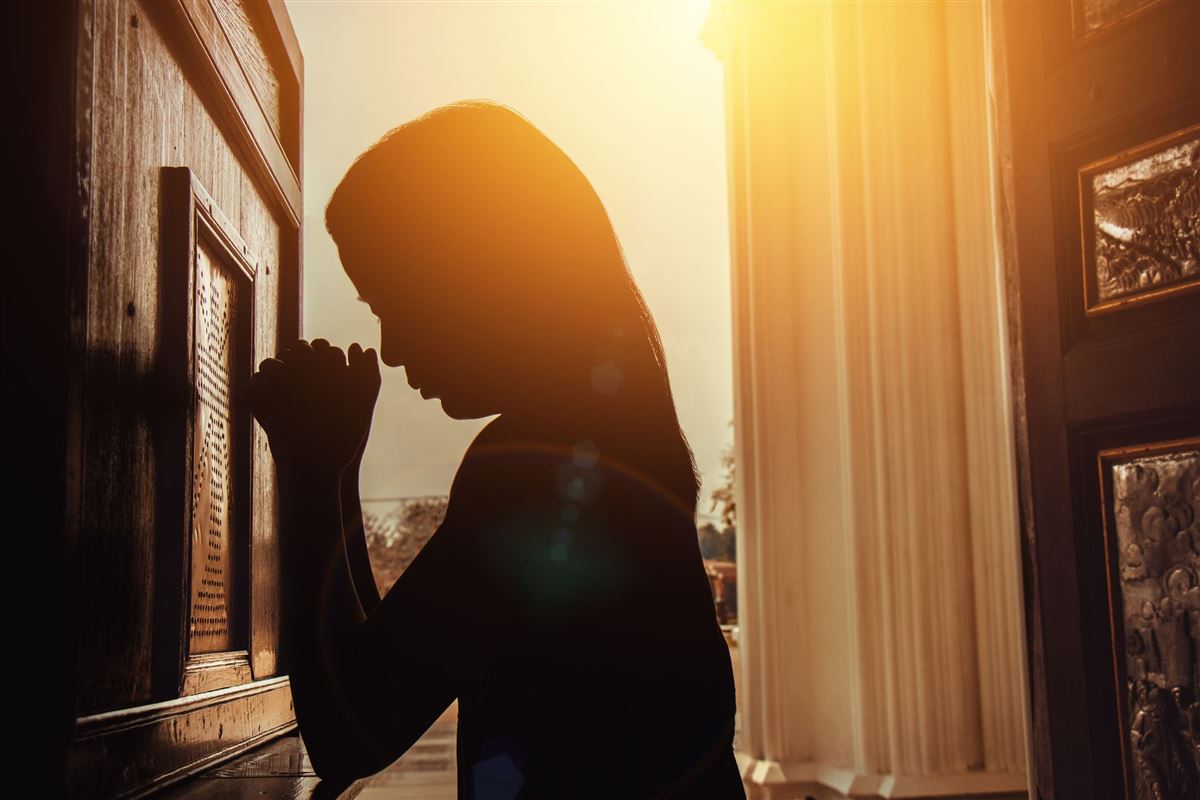 When we put our faith in Jesus, nothing is impossible. What seems unlikely, improbable or even absurd is absolutely possible with God. It might look like your lost loved one is drawing further away from the Lord (and they might be). But that could also very possibly be the Holy Spirit working on their hearts and convicting them. A good friend of mine recently shared the gospel with a man who seemed quite stoic in his rejection. Polite, distant, “no thanks.”

But over time, he grew more agitated and even approached my friend with questions to debate. His disinterest turned passionate, even angry. We see that as the Lord drawing him nearer, rather than further away. The anger is a symptom of a heart losing its callousness. If this happens in your life, avoid the temptation to give up and think they’ve made their decision and it’s too late. It might be that salvation is right around the corner.

2. Consider the thief on the cross. 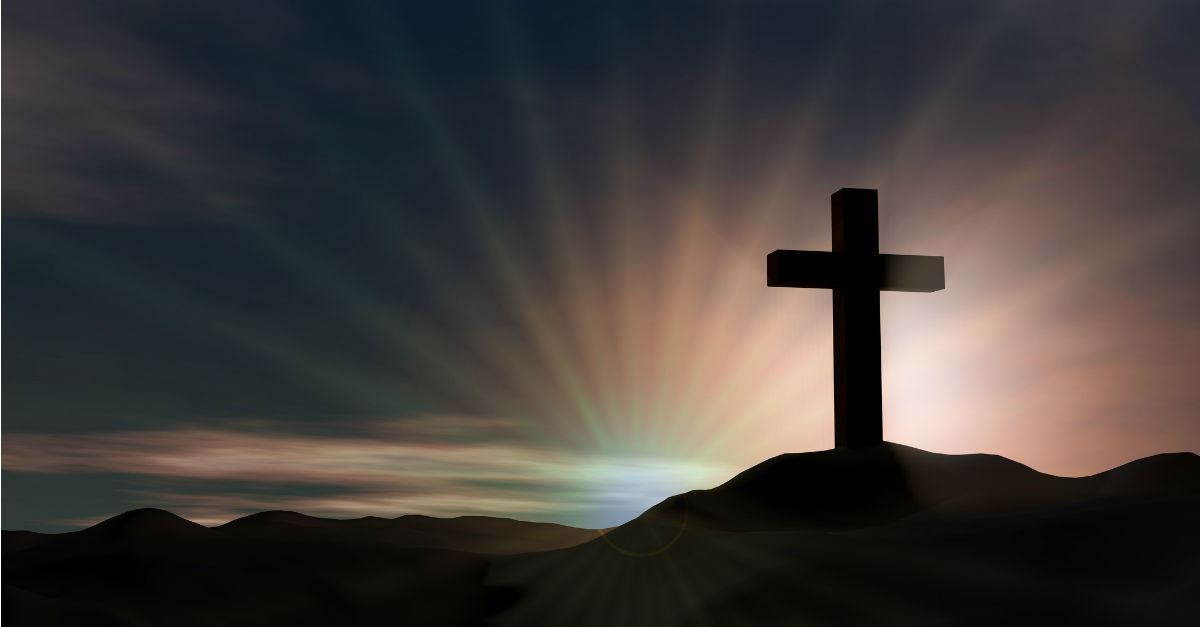 No one would have expected him to turn and repent in those final moments of his life, but he did. The Lord led the criminal to Himself in his last breaths, and that salvation was real and permanent. We should never assume the Lord won’t do the same for our family or friends. Keep asking. While they have breath, it’s not too late and they’re not too far gone. 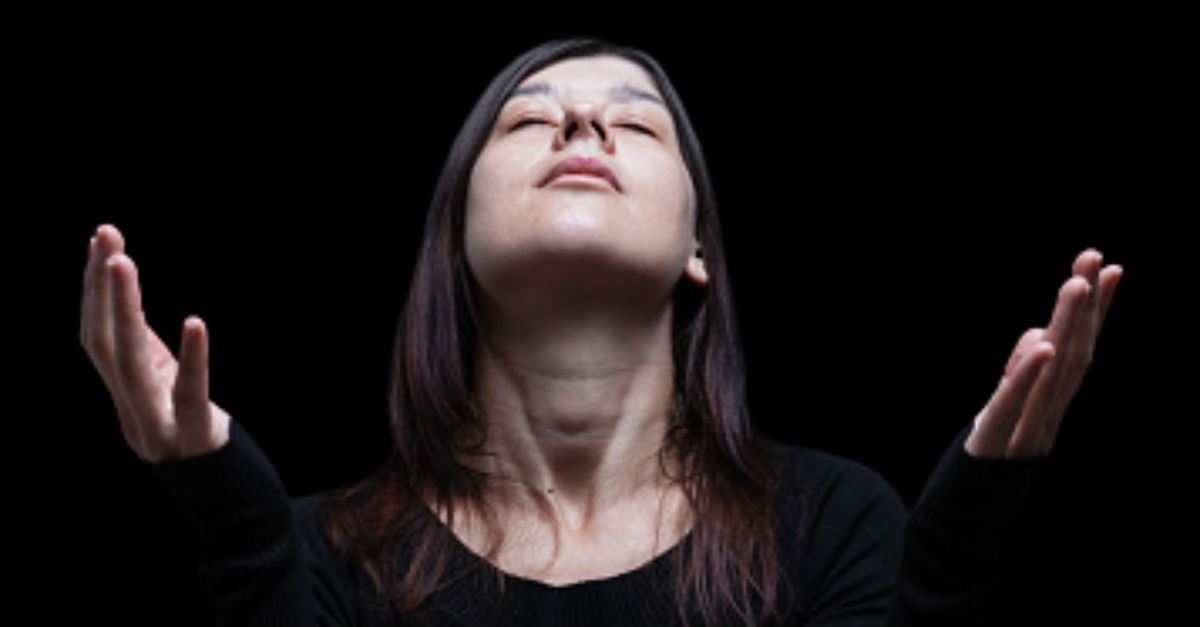 Sometimes, when you’re feeling led to pray for someone’s salvation, you might feel a lot of emotion. There could be a grab-bag of tears, passion, and even physical stress as you pour your petitions before the Lord. This is good. But don’t assume that emotion equals results. The Lord answers prayers for salvation that aren’t always tearful or anxious. Some prayers might be calm and confident. Other prayers might be scared and desperate. Some prayers might be long or short. This isn’t the key. The key is to Whom you are praying, and the power He has over eternity.

I experienced this emotional assault recently regarding a friend of mine. She had been on my heart for salvation for years—literally years—and I would pray off and on again as the Holy Spirit prompted. The past nine or ten months, however, every time I prayed, I would be overcome with emotion and physically exhausted after praying. I wanted this so badly for her. Then suddenly, a few weeks later when I prayed for her next, I had zero feelings. I found myself trying to conjure that emotion back up, thinking it would somehow make the Lord hear me better.

I was believing the lie that if I wasn’t emotionally connected to the prayer, the prayer didn’t count. That’s incredibly untrue, and most likely a tactic of the enemy to discourage us from praying. Don’t fall for it.

4. Don’t get distracted by legalism. 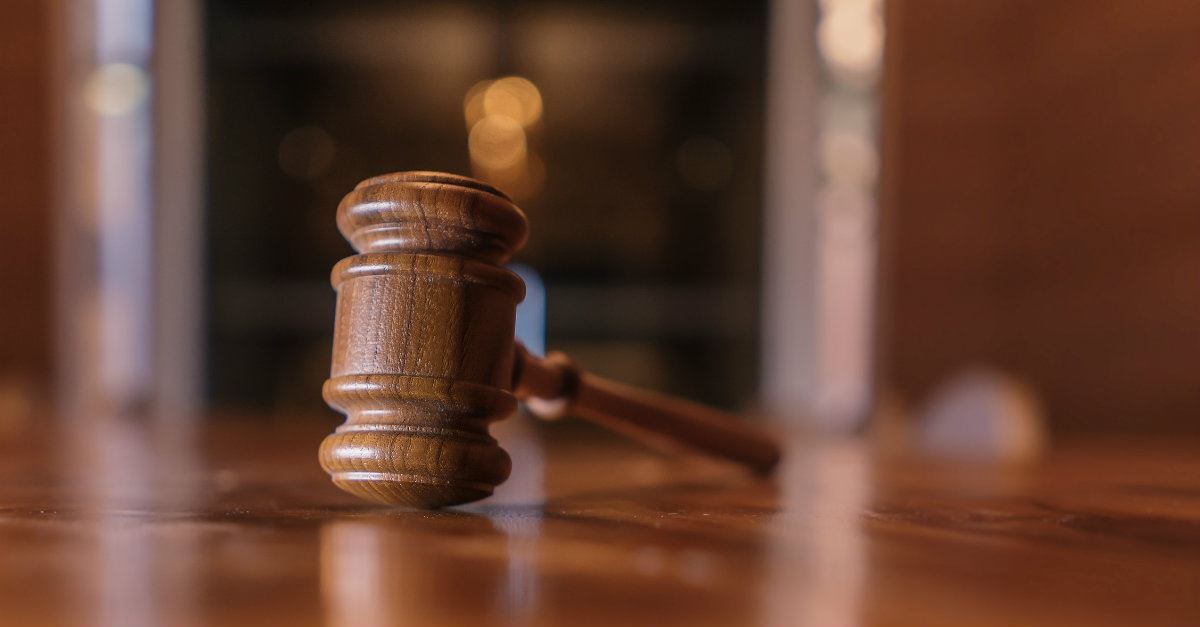 We don’t have to sit down with a list of every lost person we’ve ever known and pray daily for their salvation, or else. But there’s also never an excuse not to pray when the Holy Spirit brings someone to mind, be it a close family member or friend, or an acquaintance we barely know at school or work. I’ve been led to pray for a man I once saw across the room at a ministry event, without knowing his story or anything about him, including his name. But the Lord instantly burdened me with his salvation, and I prayed for “the guy in the red shirt” for days. I have no idea, and probably will never know, what that intercession did. But I can trust that the Holy Spirit operates with intention and purpose and it wasn’t wasted.

5. The Bible tells us not to give up in prayer. 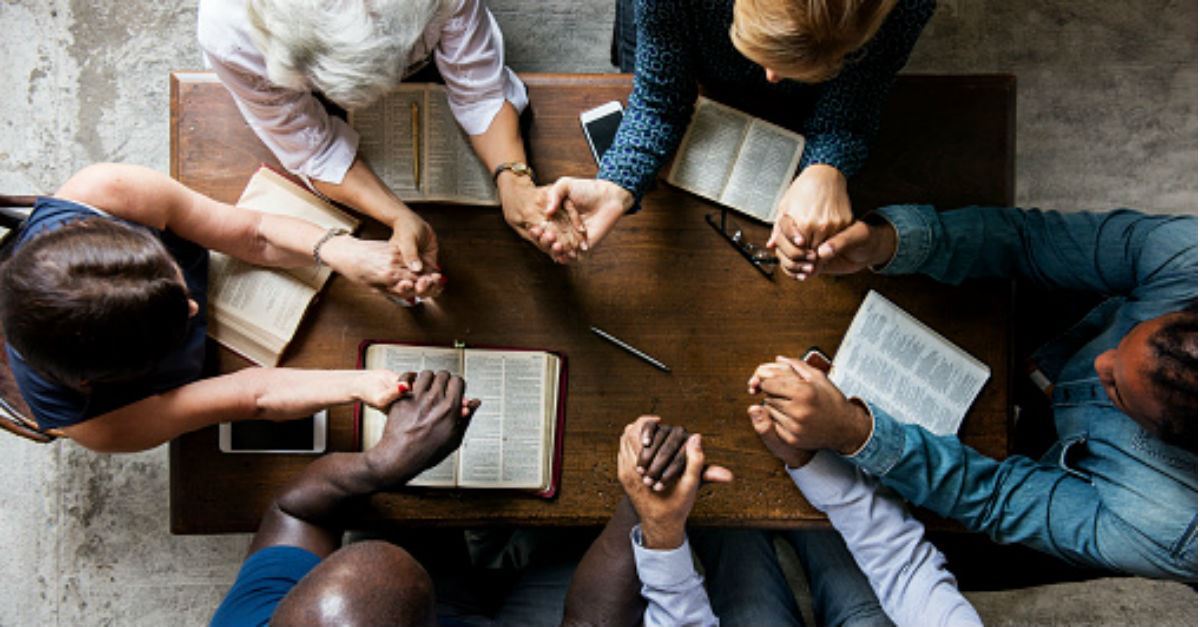 There are many passages in Scripture that encourage persistent prayer. Some of these you may be more familiar with than others, but on the days where you feel discouraged with a seeming lack of progress, pull one of these verses up and let it resonate. Tape it on your mirror or on your prayer journal cover. Submerge yourself in truth and encouragement from the Word (the following emphasis is added).

James 5:17-18 - Elijah was a man with a nature like ours, and he prayed fervently that it might not rain, and for three years and six months it did not rain on the earth. Then he prayed again, and heaven gave rain, and the earth bore its fruit.

1 Thessalonians 5:16-18 - Rejoice always, pray without ceasing, give thanks in all circumstances; for this is the will of God in Christ Jesus for you.

Psalm 116:1-4 - I love the Lord, because he has heard my voice and my pleas for mercy. Because he inclined his ear to me, therefore I will call on him as long as I live. The snares of death encompassed me; the pangs of Sheol laid hold on me; I suffered distress and anguish. Then I called on the name of the Lord: “O Lord, I pray, deliver my soul!”

Luke 18:1-7 - And he told them a parable to the effect that they ought always to pray and not lose heart. He said, “In a certain city there was a judge who neither feared God nor respected man. And there was a widow in that city who kept coming to him and saying, ‘Give me justice against my adversary.’ For a while he refused, but afterward he said to himself, ‘Though I neither fear God nor respect man,  yet because this widow keeps bothering me, I will give her justice, so that she will not beat me down by her continual coming.’” And the Lord said, “Hear what the unrighteous judge says.  And will not God give justice to his elect, who cry to him day and night?

Never Give Up: Salvation Belongs to the Lord 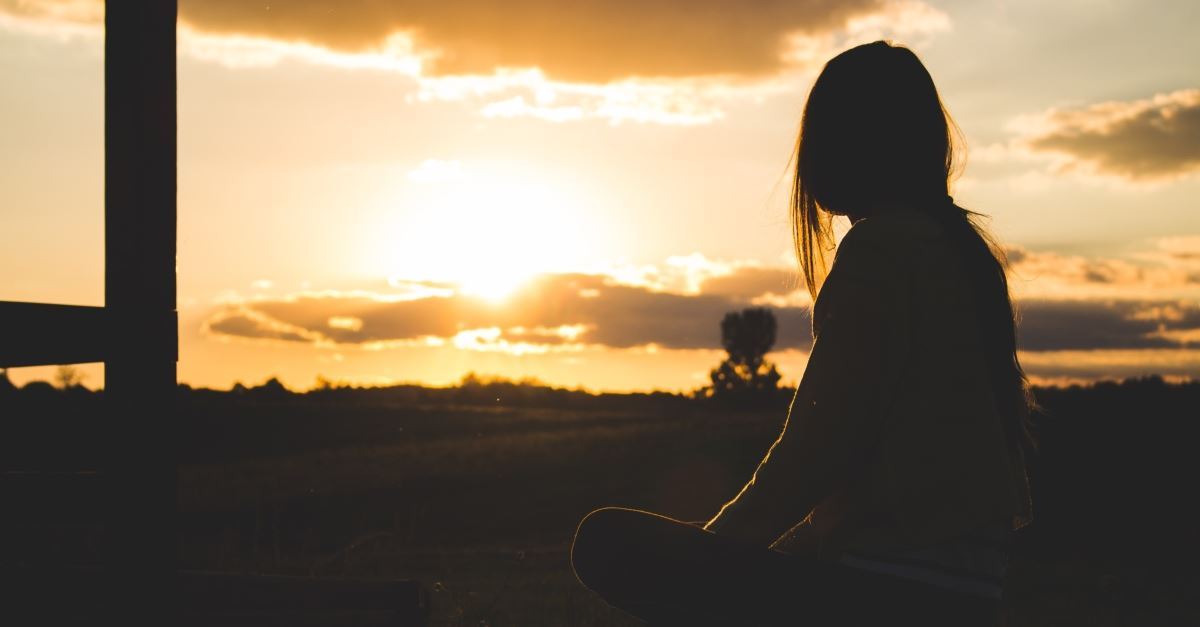 Luke 11:5-13 - And he said to them, “Which of you who has a friend will go to him at midnight and say to him, ‘Friend, lend me three loaves, for a friend of mine has arrived on a journey, and I have nothing to set before him’; and he will answer from within, ‘Do not bother me; the door is now shut, and my children are with me in bed. I cannot get up and give you anything’? I tell you, though he will not get up and give him anything because he is his friend, yet because of his impudence he will rise and give him whatever he needs. And I tell you, ask, and it will be given to you; seek, and you will find; knock, and it will be opened to you. For everyone who asks receives, and the one who seeks finds, and to the one who knocks it will be opened. What father among you, if his son asks fora fish, will instead of a fish give him a serpent; or if he asks for an egg, will give him a scorpion? If you then, who are evil, know how to give good gifts to your children, how much more will the heavenly Father give the Holy Spirit to those who ask him!”

James 5:17-18 - Elijah was a man with a nature like ours, and he prayed fervently that it might not rain, and for three years and six months it did not rain on the earth.Then he prayed again, and heaven gave rain, and the earth bore its fruit.

Keep praying, sister. Salvation isn’t up to you, it’s up to the Lord. But He invites us into the process and uses our prayers to bring about His will. Never give up! 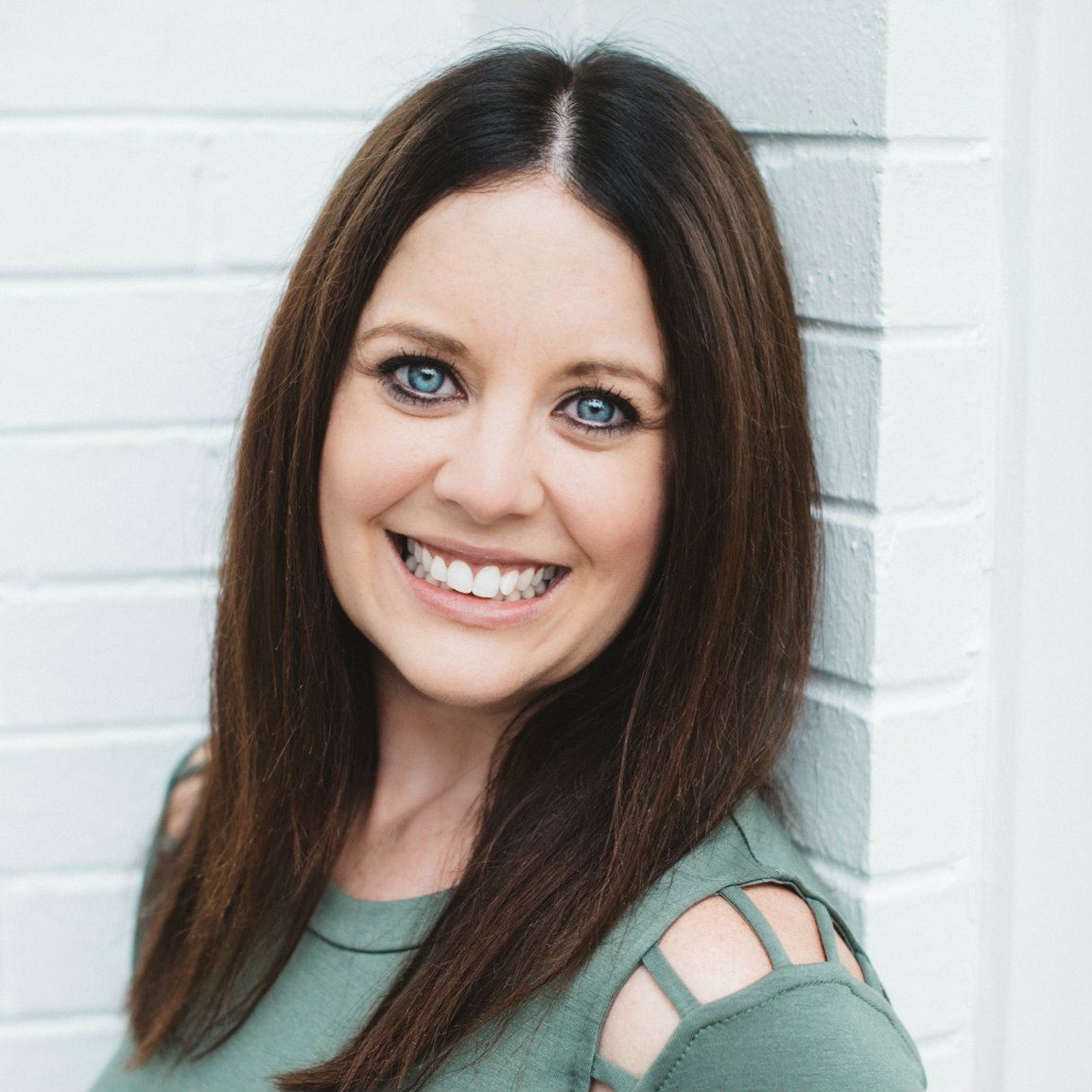 Betsy St. Amant Haddox is the author of fourteen inspirational romance novels and novellas. She resides in north Louisiana with her newlywed hubby, two story-telling young daughters, a collection of Austen novels, and an impressive stash of Pickle Pringles. Betsy has a B.A. in Communications and a deep-rooted passion for seeing women restored in Christ. When she's not composing her next book or trying to prove unicorns are real, Betsy can usually be found somewhere in the vicinity of a white-chocolate mocha. Look for her latest novel with HarperCollins, LOVE ARRIVES IN PIECES, and POCKET PRAYERS FOR FRIENDS with Max Lucado. Visit her at http://www.betsystamant.com/.