4 Uplifting Lessons from the Life of St. Patrick 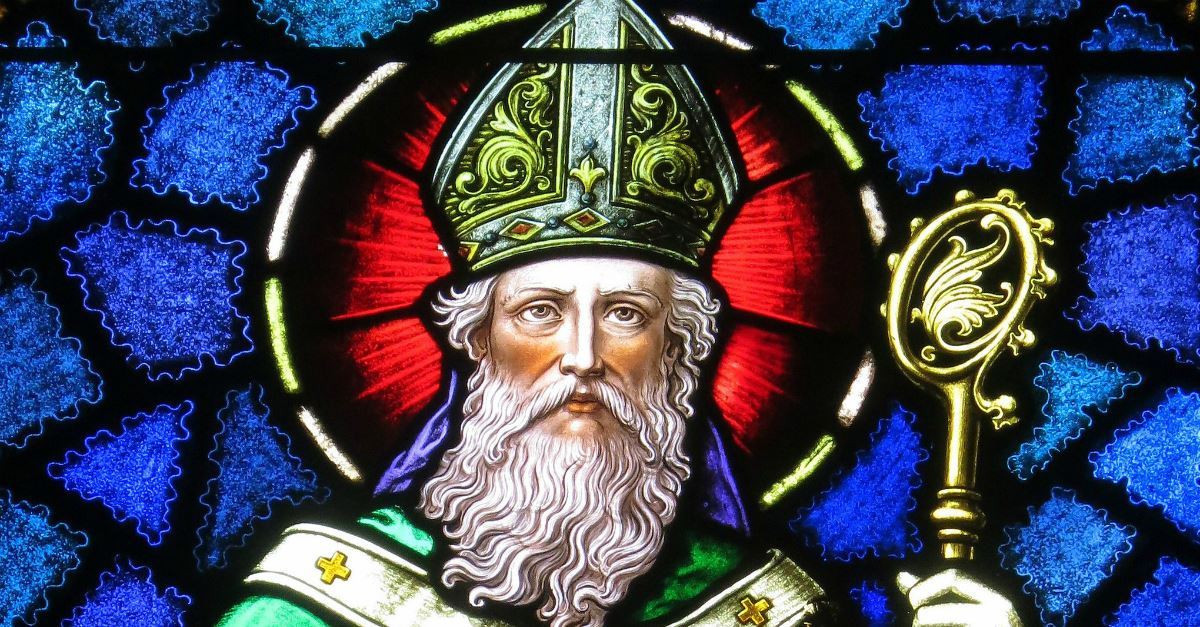 Pop quiz: Tell me everything you know about St. Patrick. You have 30 seconds.

How’d you do? Until 15 years ago, all that I could have told you was that he was an Irish dude and on March 17 people celebrate him by drinking lots of green beer.

Then I watched the VeggieTales video “Sumo of the Opera” with my kids, and I learned the story of St. Patrick for the first time.

(OK, OK, I’m not using a VeggieTales video as my primary source for this article. But you should watch the video, or at least the St. Patrick clip, even if you don’t have young children. It’s highly entertaining and educational. And I won’t tell anyone).

Here's what I learned about who St. Patrick is, and what we can all learn from the way he lived.

A Summary of the Life of St. Patrick: 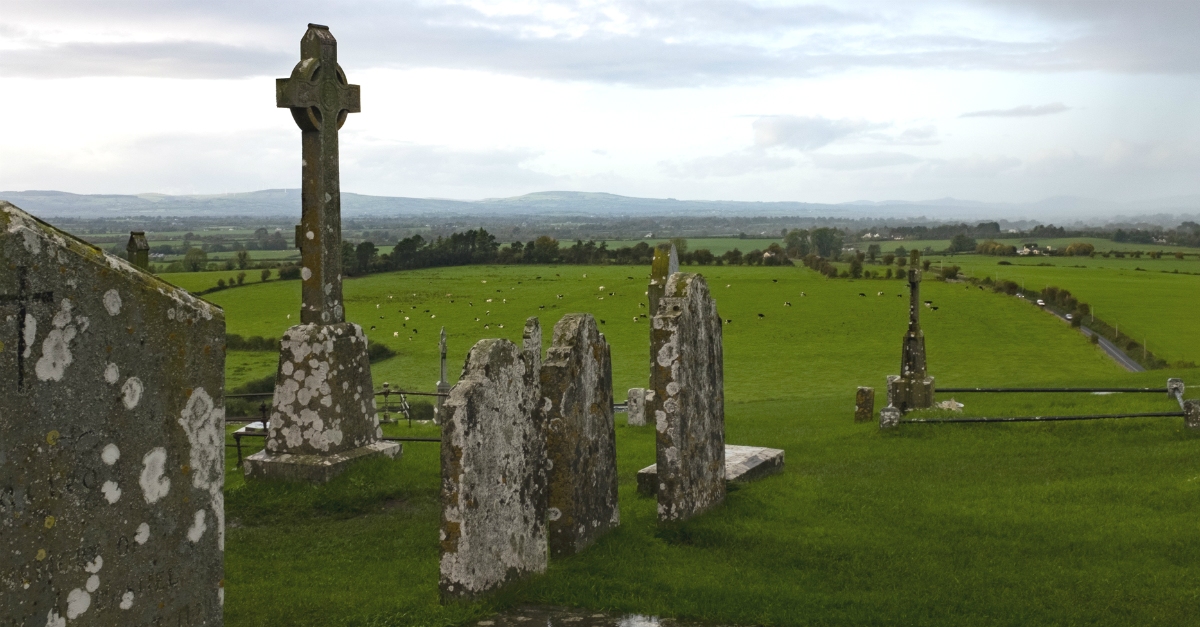 He was born in Britain as Maewyn Succat around 390 AD.

When he was 16, Irish raiders attacked his family’s estate, kidnapped him, and took him to Ireland as a slave, where he tended herds.

After six years in Ireland, he escaped his captors and found passage to Britain on a ship. After nearly starving and suffering a second brief captivity, he was reunited with his family.

He had a dream in which he read a letter and heard Irish people imploring him to return to Ireland and share the Gospel there.

Because he felt that he lacked the proper education to be an evangelist, he was reluctant to respond to the call but finally did around 432 AD.

When he became a priest, he changed his name to Patricius, or Patrick, which derives from the Latin term for "father figure".

Gaining confidence in the Lord, he traveled throughout Ireland, spreading the Gospel and baptizing converts.

In his quest to make Christianity understandable to the Irish, he employed object lessons, such as using a shamrock to explain the Trinity.

Even though he dealt fairly with the non-Christian Irish, he lived in constant danger of martyrdom. He also faced some opposition from his superiors in Britain. He faced all of his challenges with courage and gave of himself unselfishly during his 30 years of missionary work in Ireland.

By the time of his death on March 17, 461 AD, he had established quite a few Christian churches, schools, and monasteries in Ireland.

His given name wasn’t Patrick. He wasn’t Irish. He didn’t drive the snakes out of Ireland. Instead, the real St. Patrick was a gutsy, creative, tireless missionary in a land where he had been a slave as a young man.

Now, here are four uplifting lessons we can all learn from the life of St. Patrick:

1. Stay Faithful, Even When Life Is Hard 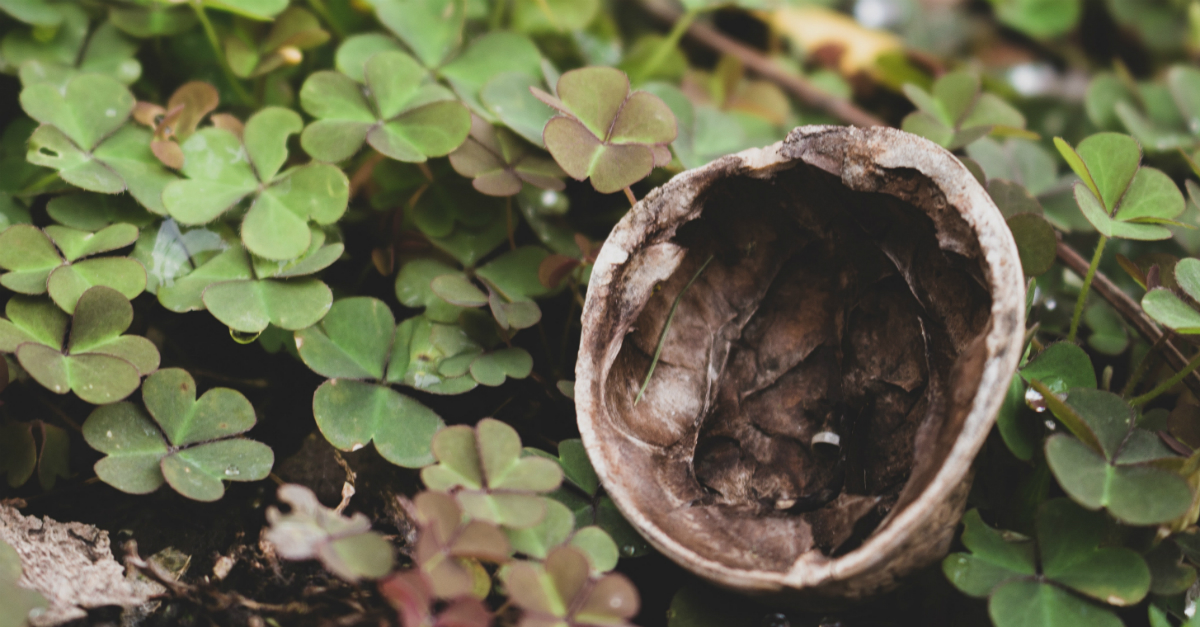 Maybe you haven’t been kidnapped by pirates and hauled off to a foreign land to work as a slave, but your life has had its share of rough patches. You may be going through a difficult stretch right now. What should you do when you are struggling or suffering and God doesn’t seem responsive?

Near the end of the film A League of Their Own, Dottie Hinson, the star catcher for the Rockford Peaches, decides to quit the team just before the first game of the World Series. Her manager,

Jimmy Dugan, who squandered the last five years of his major-league career through drinking, confronts her. Quit now, he tells her, and you’ll regret it for the rest of your life.

“It just got too hard,” she protests.

“It's supposed to be hard,” he responds. “If it wasn't hard, everyone would do it. The hard…is what makes it great.”

In his letter to the church in Rome, the Apostle Paul instructs us not just to endure hard times but to rejoice in them: “…we rejoice in hope of the glory of God. Not only that, but we rejoice in our sufferings, knowing that suffering produces endurance, and endurance produces character, and character produces hope, and hope does not put us to shame, because God's love has been poured into our hearts through the Holy Spirit who has been given to us.” (Romans 5:2-5, ESV)

Rejoicing in your suffering sounds ludicrous, unless you believe that there’s a reason for the suffering.

With God, there’s always a reason. 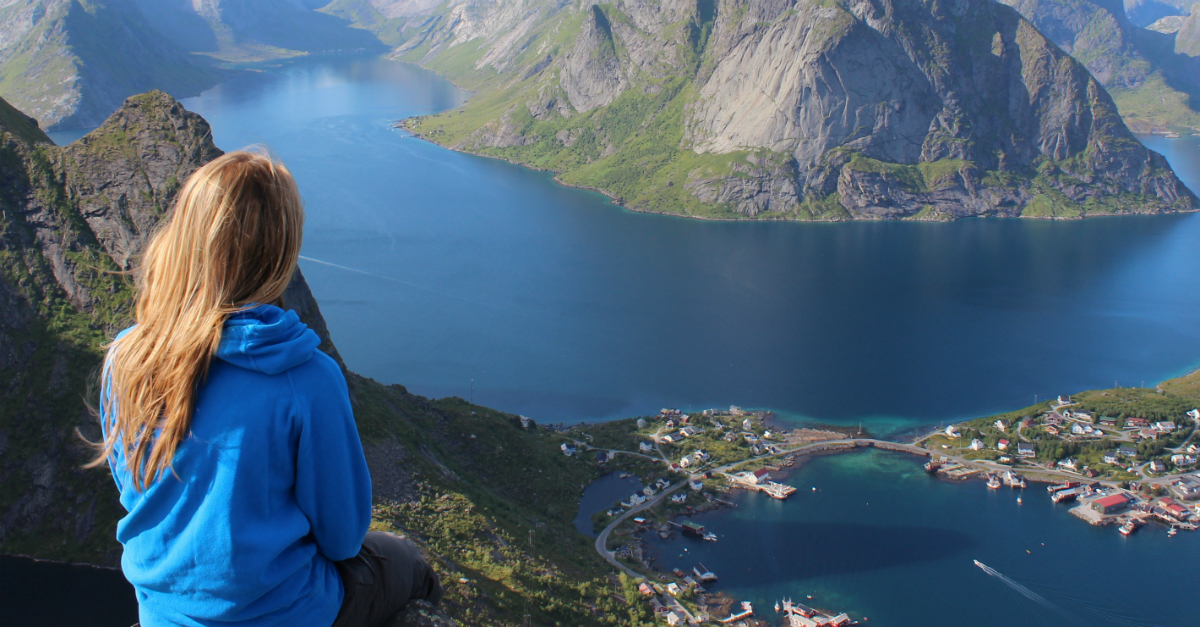 His six years as a slave certainly were horrible, but during that time God planted a seed in Succat’s heart for the Irish people. When he had a dream about people calling him back to Ireland, Succat recognized that it was a call from God to redeem his years of slavery in Ireland for God’s glory.

2,000 years before the 16-year-old Succat was hauled off as a slave, a 17-year-old Hebrew named Joseph was sold by his own brothers into slavery and hauled off to Egypt. For a few years, he served Potiphar, Pharaoh’s captain of the guard.

But when Potiphar’s wife falsely accused Joseph of attempted rape, Potiphar threw Joseph in prison, where he languished for years. When two members of Pharaoh’s court ended up in the same prison, God enabled Joseph to interpret their dreams.

After one of them, the cupbearer, was restored to his position, he forgot to mention Joseph to Pharoah.

Joseph spent 13 years as a slave and a prisoner. 13 years! But those years were necessary for God’s plan:

- The betrayal of Joseph’s brothers brought Joseph to Egypt.

- Interpreting Pharaoh’s dreams about a coming famine put Joseph in a position where God could use him to save thousands of people, including Joseph’s family—God’s chosen people—from starvation.

God has a plan for your life. When you trust in God and are obedient to Him, God enacts his plan for you, even when you have no idea what that plan is.

3. Step Out in Faith 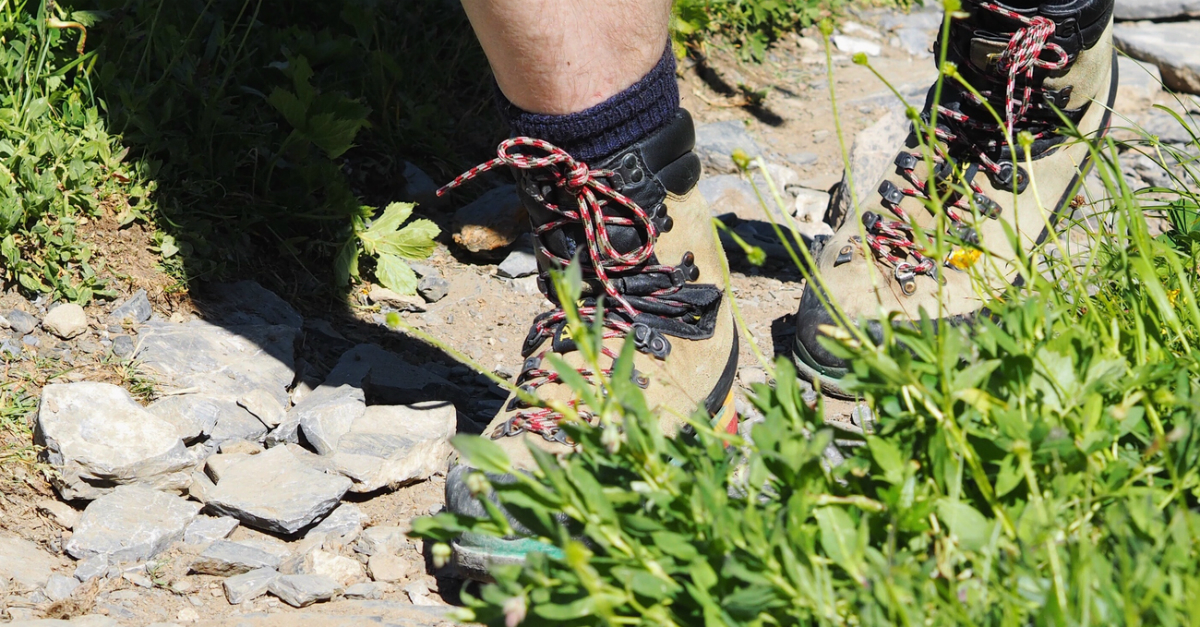 When Maewyn Succat received his call from God, he did not respond to the call initially because he felt that he lacked the education and training to be an effective evangelist. Feeling unworthy of his calling put Succat in good company. Many “heroes” of the Bible dragged their feet when God came calling. Here are two examples:

Moses:
When God spoke to him from a burning bush and told him that he was to lead the Hebrews from slavery to freedom, Moses objected. Then he asked for God’s name. Then he protested that people would not believe that God had spoken to him. After God gave him three signs to use to convince others, Moses objected that he was “not eloquent” but “slow of speech and of tongue” (Exodus 4:10, ESV). When God said that He would give Moses the right words to say, Moses said, “Send someone else” (v. 13). Finally, after God said that Aaron could accompany Moses as God’s spokesman, Moses agreed to do what God asked.

Gideon:
When an angel appeared to Gideon and said that God is with him, Gideon protested that God had forsaken Israel. When the angel stated that God had chosen Gideon to save Israel from its enemy, Midian, Gideon replied that he was the weakest member of the weakest clan. God will help you, said the angel. I need a sign, replied Gideon, and the angel gave him one. Later, when the Midianites and their allies amassed for battle, Gideon demanded another sign from God. When God complied, Gideon asked for yet another sign. Finally, after receiving the third sign, he agreed to lead Israel.

After Succat received his call, he waited at least a decade, possibly two, before he went to Ireland. While he waited, he received a great deal of training and education.

Even then, he was hesitant, thinking that he still lacked the skills to be an effective evangelist. Once he stepped out in faith and went to Ireland, however, his hesitations vanished, and he was confident that God would lead and guide him every step of the way.

When God calls you, it’s natural to be hesitant or even afraid.

As Franklin D. Roosevelt said, “Courage is not the absence of fear, but rather the assessment that something else is more important than fear.”

Step out in faith. God’s got your back.

4. Meet People Where They Are 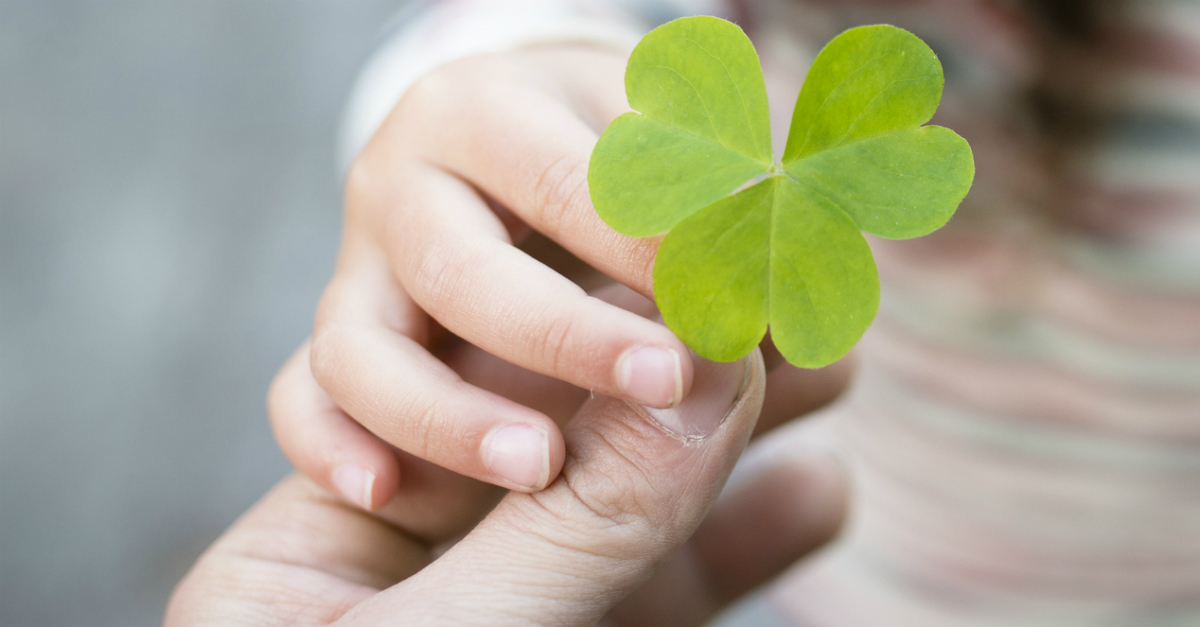 St. Patrick apparently was not an eloquent speaker or writer. In fact, some of his writings have been called incoherent.

But God did not call him to be eloquent. God called St. Patrick to be effective. And effective he was.

He reached and persuaded the people of Ireland because he cared deeply about them and did everything he could to present Christianity in a way that they could understand and embrace.

Have you ever tried to explain the Trinity to someone? Imagine trying to do that with a group of uneducated, fifth-century farmers and herders! To succeed, St. Patrick stole a page from the greatest preacher who ever lived: Jesus.

When communicating deep truths to common people, Jesus often used objects that his audience encountered or used every day. “Look at the birds of the air...Consider the lilies of the field…The wind blows where it wishes, and you hear its sound, but you do not know where it comes from or where it goes…A man had 100 sheep…A woman had 10 silver coins…A man had two sons…I am the vine; you are the branches …”

To explain the Trinity, St. Patrick used a shamrock, with its three leaves representing God the Father, Jesus the Son, and the Holy Spirit, joined together by a common stalk.

It wasn’t a perfect representation of the Trinity – then again, nothing is – but it was good enough for his audience. St. Patrick’s examples made the complex understandable and enabled his audience to embrace the Christian faith.

A simple man returned to the land where he was a slave to share the Good News with people who were lost without it. Remember the real St. Patrick, and follow his example.