10 Ways Jesus Is a Gentle Man 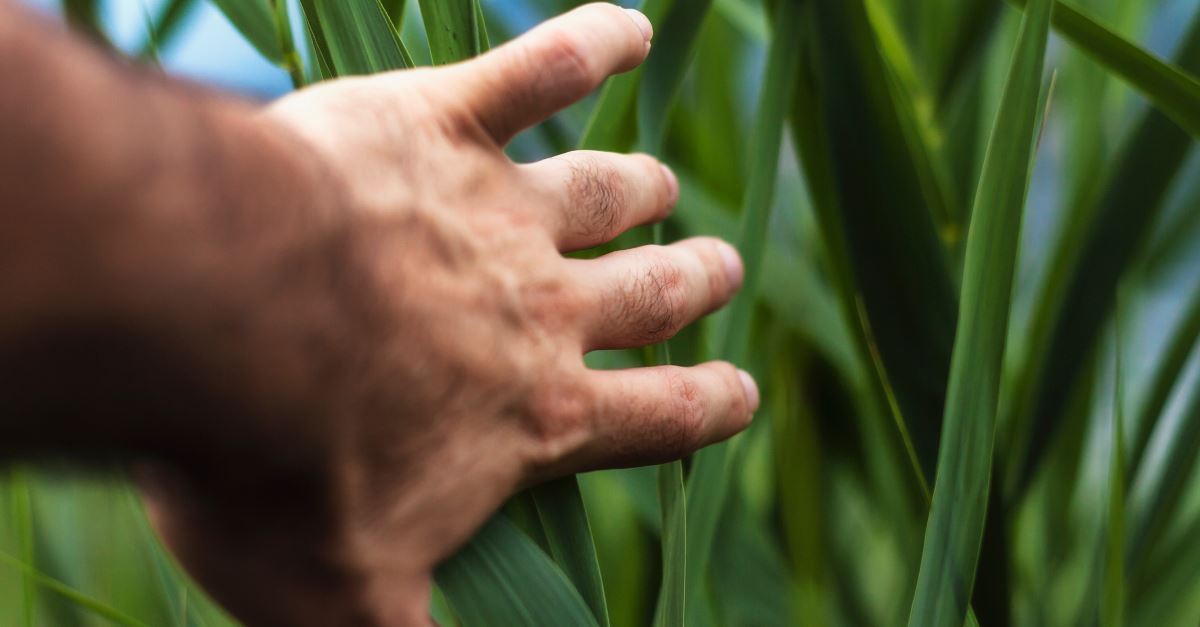 When you think about Jesus, what adjective first comes to mind? Considering who he is and what he has done (and continues to do), the question almost seems too big to answer.

How do limited human beings describe a limitless God? Where do we even begin? Mighty, wise, creative, fierce, patient, faithful, and humble are mere drops in the bucket of available-to-us Jesus descriptors.

If you’re having trouble settling on a single adjective, may I suggest “gentle”? It’s a favorite of mine, for out of his gentleness he longs to gather his people together, “as a hen gathers her chicks under her wings” (Matthew 23:37).

Where else in Scripture is Jesus portrayed as our tender Savior? Let’s find out as we look at 10 ways Jesus is a gentle man:

1. His invitation to come to Him is broad. 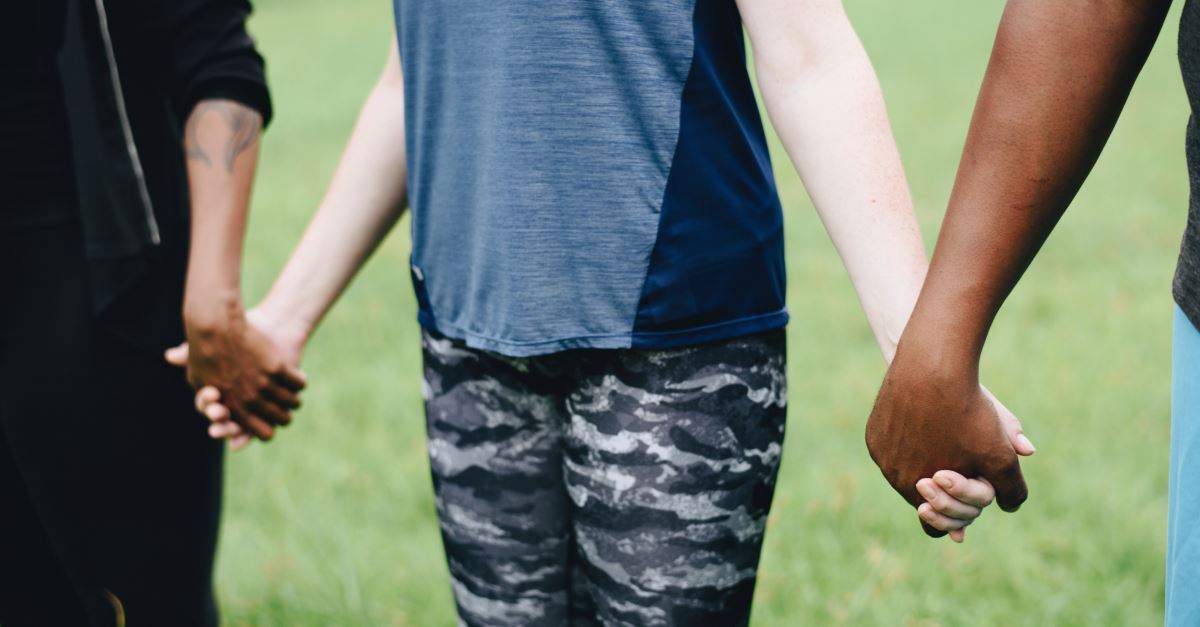 Jesus has an affinity for the weary and burdened. He longs to be gentle with them, much like we do with our own kids after they’ve been sick all night or had a lousy day at school.

But unlike our compassion, which is inconsistent at best and reserved for a certain few, Jesus’s compassion spreads far beyond his “own kids.”

His invitation to “come to me” has an all-ness to it, going way back to the promise he made to Abraham, that through him “all nations will be blessed” (Galatians 3:8).

2. He provides rest for your soul. 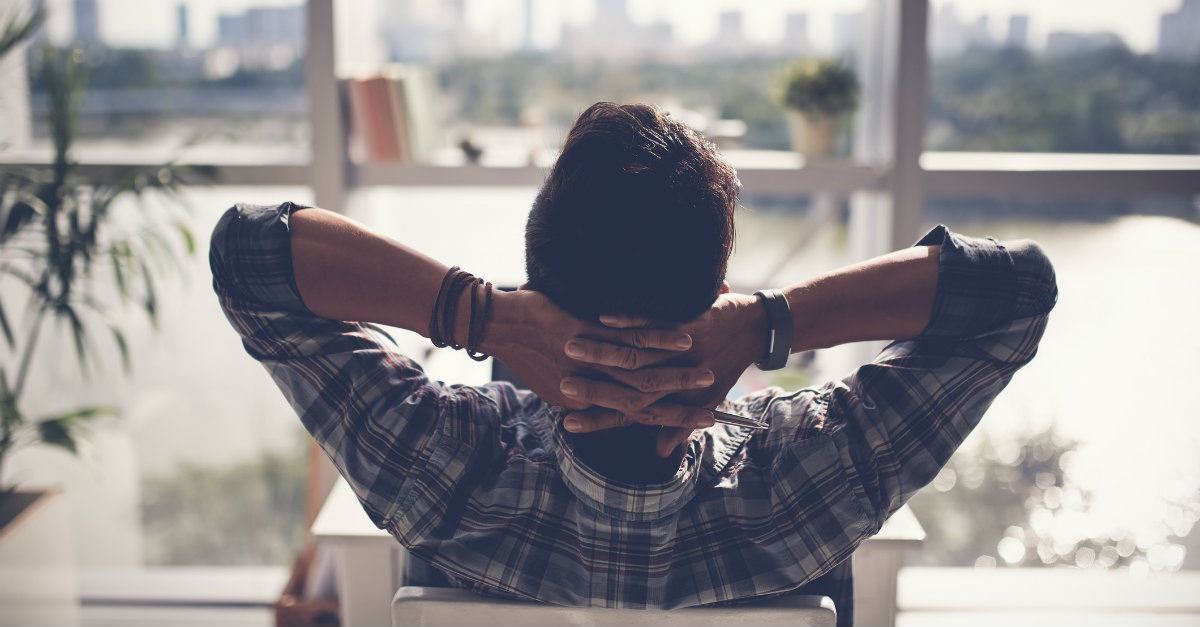 “Take my yoke upon you, and learn from me, for I am gentle and lowly in heart, and you will find rest for your soul” (Matthew 11:29).

Before the arrival of Jesus, God’s people were living in a hopeless time. The yoke of Rome was weighty and oppressive. Pride and self-assertion—the opposite of gentleness—ruled in the hearts of the Jewish leaders.

So when the Messiah came at last, many assumed he was going to be a cultural and political Savior, not a “gentle and lowly in heart” Savior. Little did they realize, sin was their problem. What they really needed was a Savior to rescue them, to provide soul rest.

3. His method of bringing about victory involves thoughtful and careful leading. 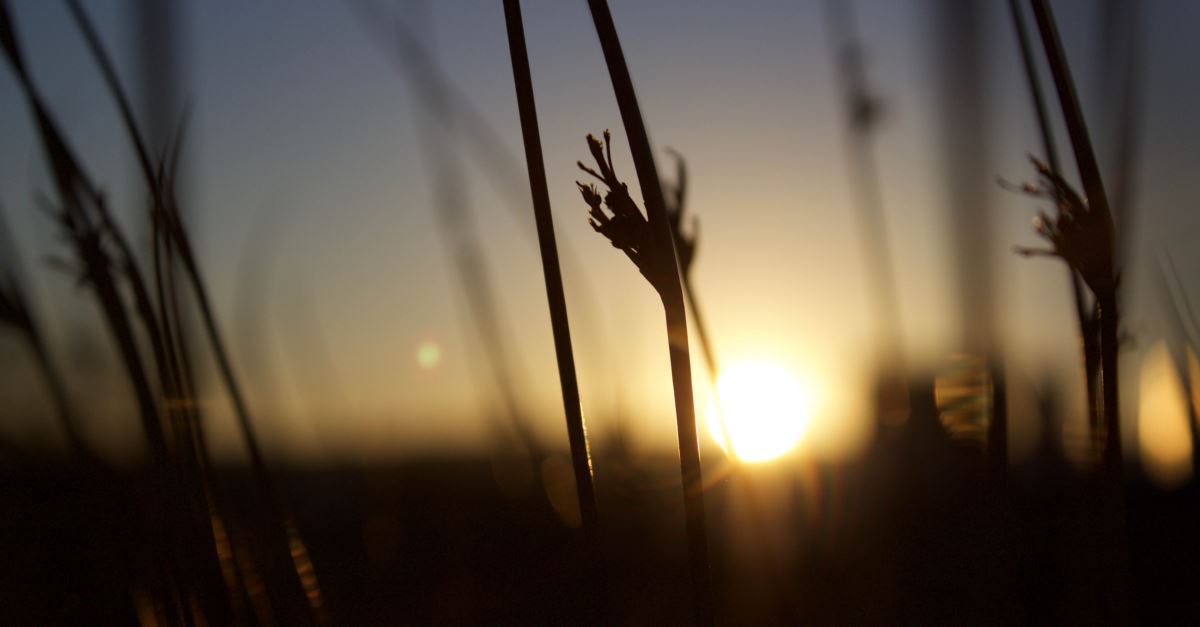 "A bruised reed he will not break, and a smoldering wick he will not quench, until he brings justice through to victory” (Matthew 12:20).

Bruised reeds and smoldering wicks? Though we don’t often squeeze such wording into our everyday lingo, it certainly portrays our gentle Jesus in a way that really packs a punch (or more fittingly, a friendly pat on the back).

The point is, when Jesus finds a bruised reed, instead of breaking it off, he’s more likely to bind it together in hopes it’ll become strong again. And should he come across a barely-there flame, he’s more likely to fan it back into a radiant flame instead of snuff it out. And we can count on him acting this way “until he brings justice through to victory.”

4. He tenderly cares for the defenseless. 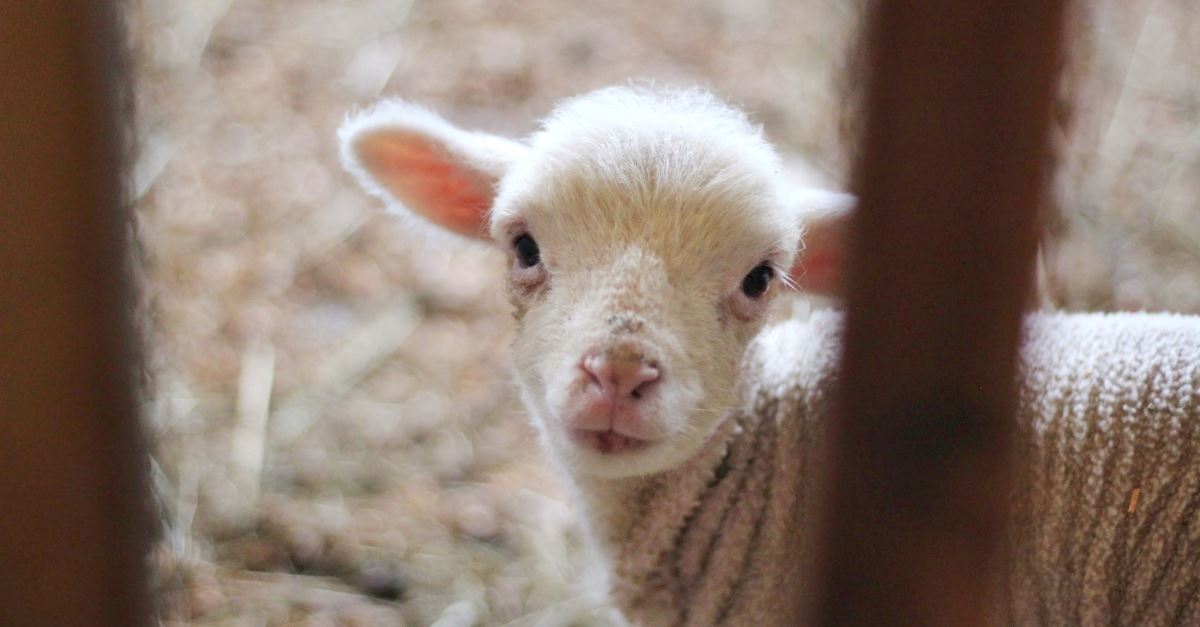 “He shall feed his flock like a shepherd: he shall gather the lambs with his arm, and carry them in his bosom, and shall gently lead those that are with young” (Isaiah 40:11).

I’ve heard it said that gentleness is a strong hand with a soft touch, a quality every good shepherd should possess. Not only does a flock of sheep need tender care, they need protection from predators—something David can attest to in 1 Samuel 17:14-36.

But for those who think David’s shepherding skills are top-notch, they should first consider the Great Shepherd, Jesus Christ. He’s the true expert in all-things requiring a strong hand and a soft touch, for it was prophesied that “he will rule with a powerful arm” (Isaiah 40:10), all the while caring for his lambs—his children—by feeding, gathering, holding, and leading them.

5. His tender nature causes even the most critical audience to soften. 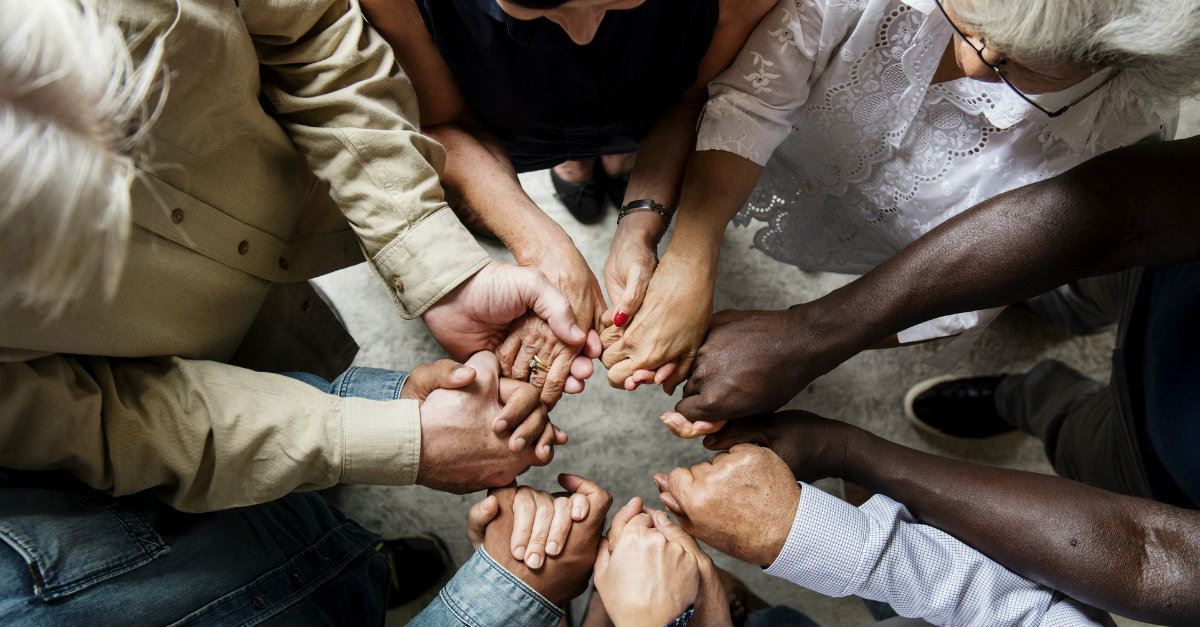 “By the humility and gentleness of Christ, I appeal to you.” (2 Corinthians 10:1)

Jesus never flexed his muscles for personal gain. Rather, he did everything to the benefit of those in need and to bring glory to God the Father.

And here, Paul emulates the very nature of Jesus. He models the controlled strength of Christ, for it is the basis by which Paul makes his appeal to the church at Corinth.

Gentleness goes a long way in reaching a critic. Still, many in our culture think we’ve gone soft when humility becomes our go-to virtue, making it more important than ever to “do nothing from selfish ambition or conceit, but in humility count others more significant than [ourselves]” (Philippians 2:3).

6. He has gentleness to spare, no matter how selfish, rebellious, and lost we’ve been. 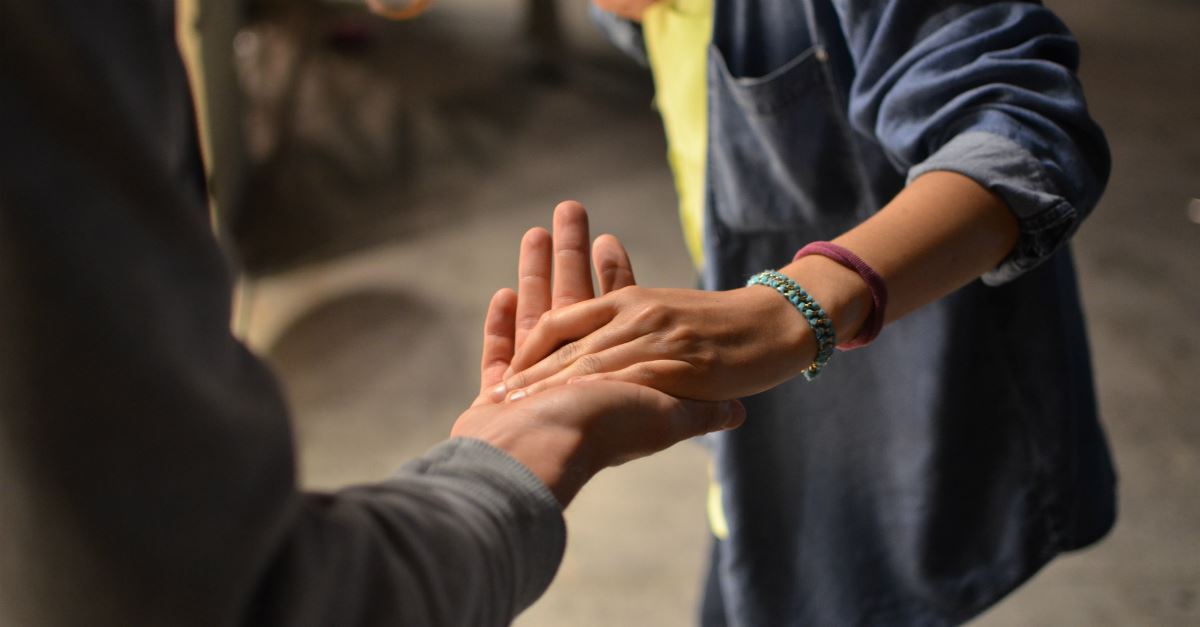 “So he returned home to his father. And while he was a long way off, his father saw him coming. Filled with love and compassion, he ran to his son, embraced him, and kissed him” (Luke 15:20).

The parable of Prodigal Son is a personal favorite, not just because of what singer-songwriter Keith Green did with it, but because Jesus paints for us a picture of what he’s like; he describes his very own character.

He grabbed hold of his compassionate, generous, slow-to-anger, and gentle qualities and wove them right into the narrative of the Prodigal Son. How lovely is that?

7. His gentle ways stand in stark contrast to cultural expectations. 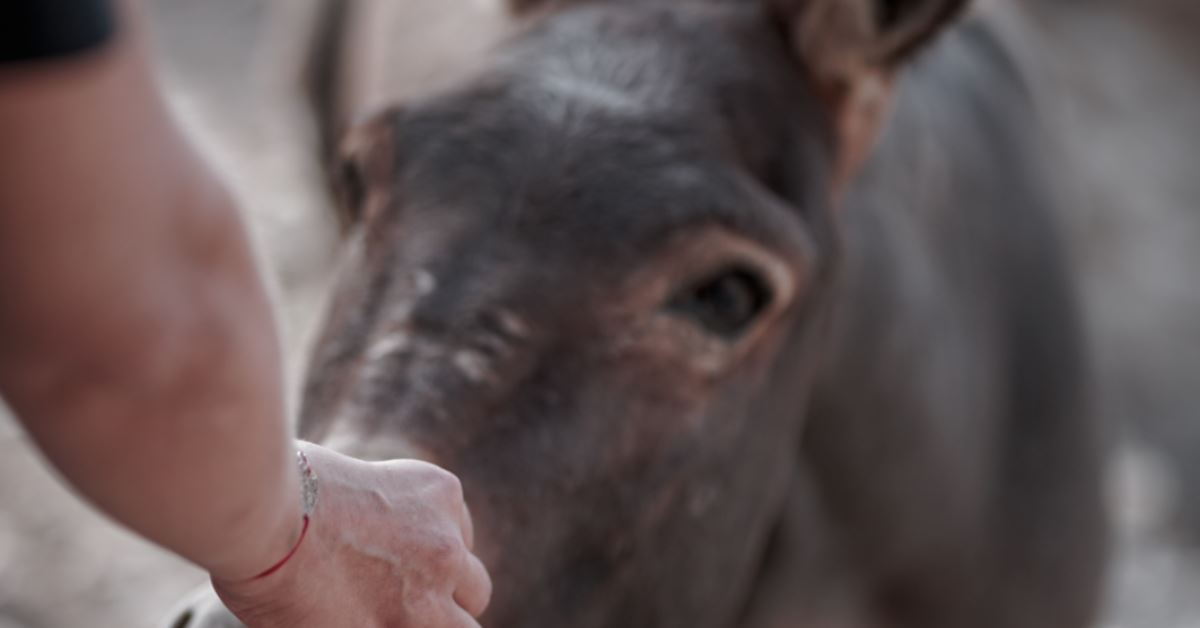 As predicted long ago by Isaiah and Zechariah, Jesus came riding into Jerusalem on a donkey. He didn’t waltz into town on the back of a stallion with fancy chariots in tow, something more fitting for a king.

Instead, he entered Jerusalem humbly, in the same lowly manner he entered the world.

But oh, that won’t be his style when he comes again. Pastor John Courson puts it this way: “The first time Jesus came, He came as the Suffering Servant. But the next time he comes, it will be as the conquering King.”

8. He is moved by our great sorrow and his even greater love. 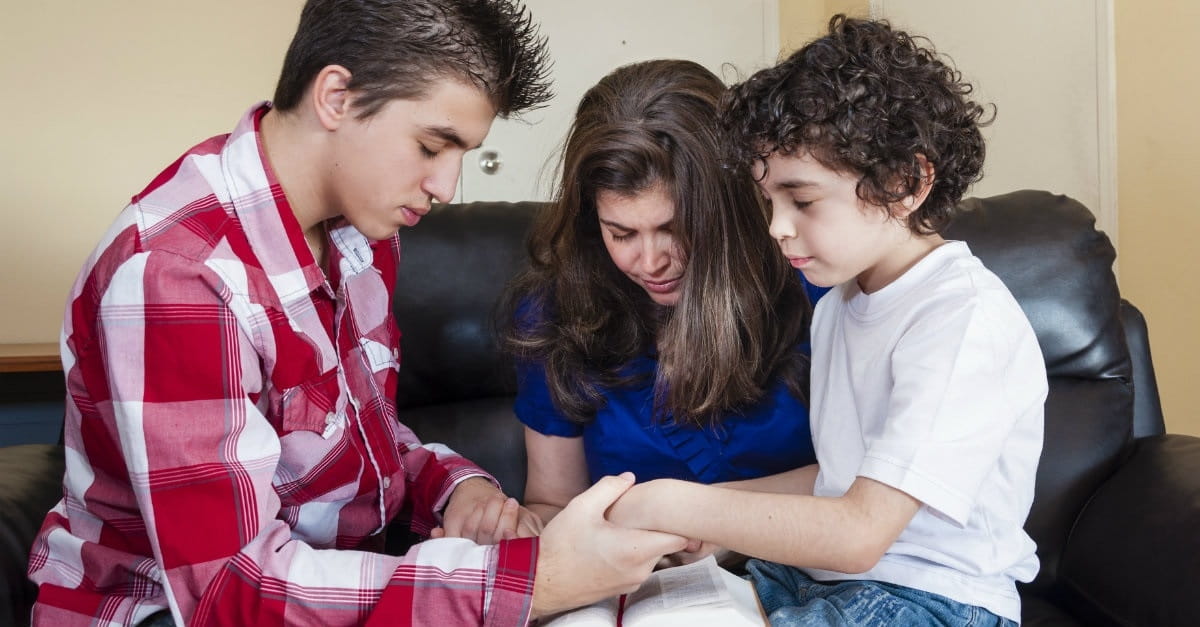 Sure, Mary and Martha had already seen Jesus perform miracles, thus boosting their confidence he’ll do another. But I wonder if it’s not the miracles that brought such assurance but what they know of his character. I wouldn’t be surprised if his interactions with others—the way he kindly and respectfully talked to people, the way his all-knowing yet all-loving eyes settled on theirs (imagine Jesus locking eyes with you!)—had more to do with the manner of their request:

Notice the sisters didn’t say, “Lord, the one who loves you is sick.” If God’s countless acts of compassion were dependent upon our love for him, we would be in a hopeless state! Thankfully that is not the case.

9. His character doesn’t change, even under intense suffering. 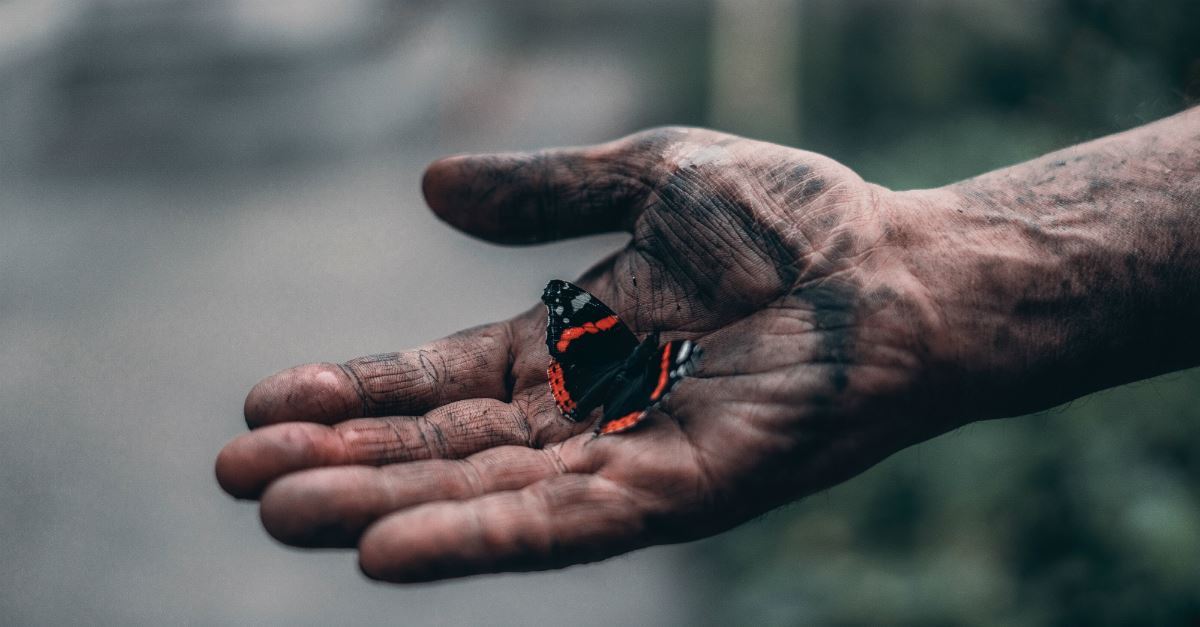 While he hung on that cross, he continued having precious and selfless thoughts toward others. Not even the most torturous suffering could stomp out his gentlemanliness.

Though he was naked and thirsty, he thought of his mom! And he discussed her care and protection, not at a family dinner table with loved ones all around, but while he hung on the cross for the sins of the world—her sins included!

10. His gentleness is equal to his power. 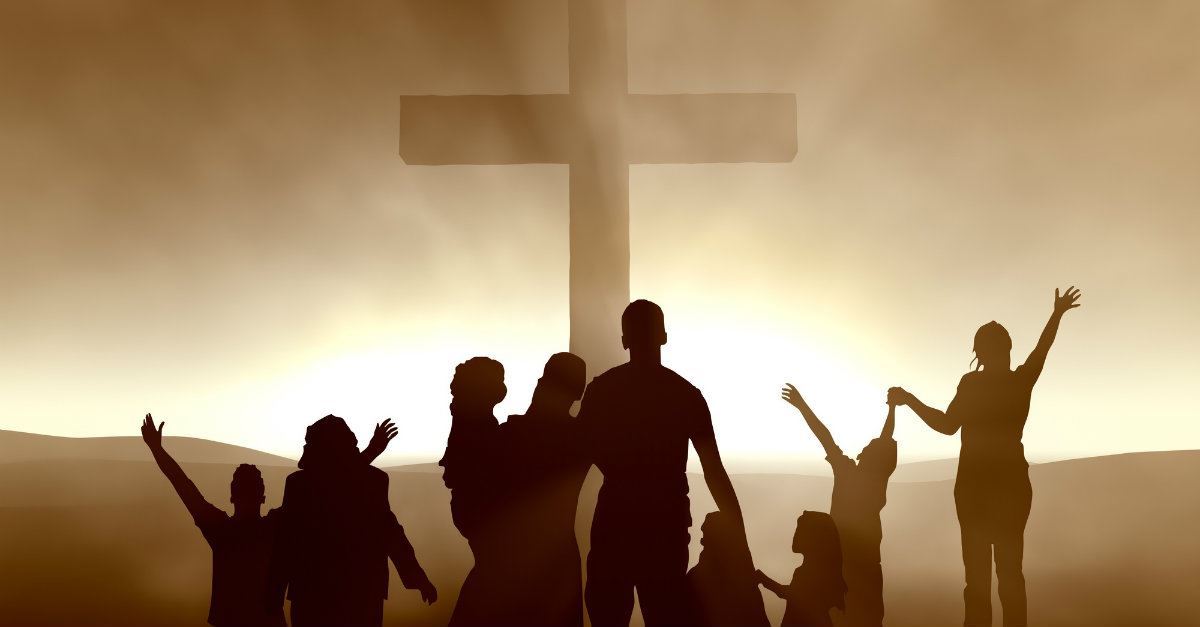 “Worthy is the lamb who was slain, to receive power and wealth and wisdom and might and honor and glory and blessing” (Revelation 5:12).

Jesus is the worthy Lamb who was slain. He went willingly and silently to the cross, where by his blood he “ransomed people for God from every tribe and language and people and nation” (Revelation 5:9).

He is also the conquering Lion of the tribe of Judah. He punishes evil and commands us to follow him.

But hanging our hats on one aspect of his nature over the other, thinking, I prefer a soft and gentle Jesus, not a strong and mighty Jesus, will only lead to a lopsided, flimsy faith. Jesus is 100% Lion and 100% Lamb. We need his compassion, but we also need his resurrection power.

Molly Parker is a freelance copywriter and content editor whose passion is helping clients craft engaging, personality-packed content. In addition to finding beauty in the way God’s redemptive plan is woven throughout Scripture, she adores imaginative story lines, catchy phrasing, and sentence structure (just watch how her eyes twinkle when she mulls over comma placements). Molly calls Southern California home with her grown-up kids, hunky husband, and sassy cat. Visit her at www.mollyjeanparker.com.