How to Teach Your Kids about the Real Saint Patrick 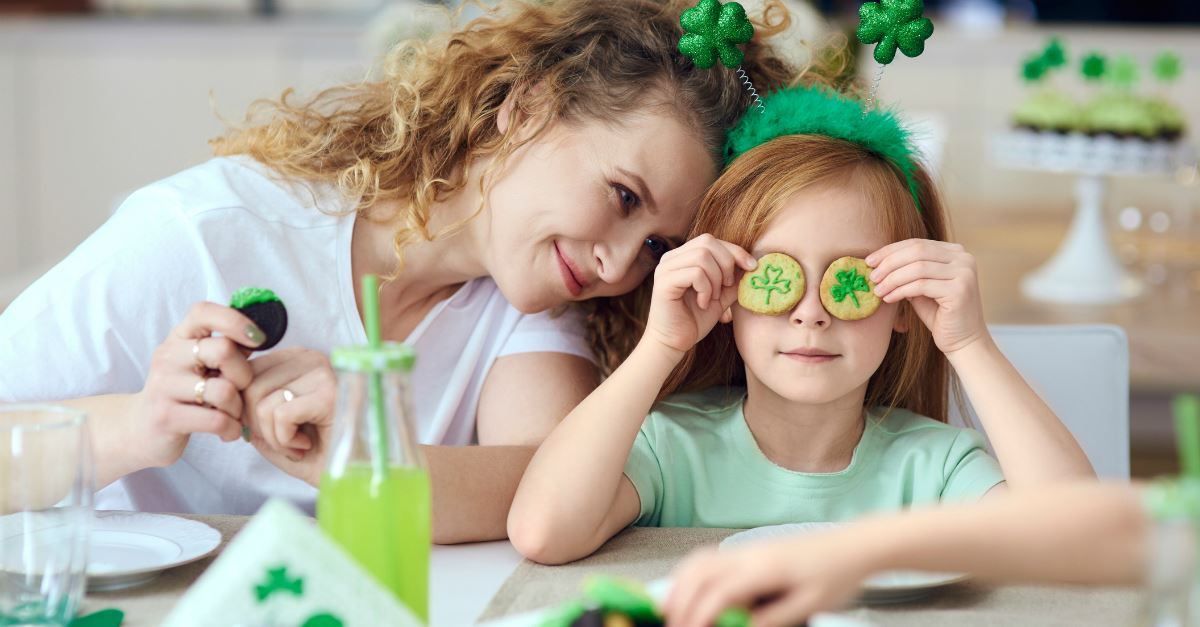 If you’re like many families, the most you do to celebrate St. Patrick’s Day is send some shamrock cookies with your kids for a class treat and try to remember to wear something green so no one will pinch you.

But this underappreciated holiday has a lot of spiritual depth to it.

This year, consider using the story of the real St. Patrick to start conversations with your family about faith, loving your enemies, and sharing the gospel.

You can start by reading this kid-friendly version of the St. Patrick’s Day story:

The Story of St. Patrick’s Day 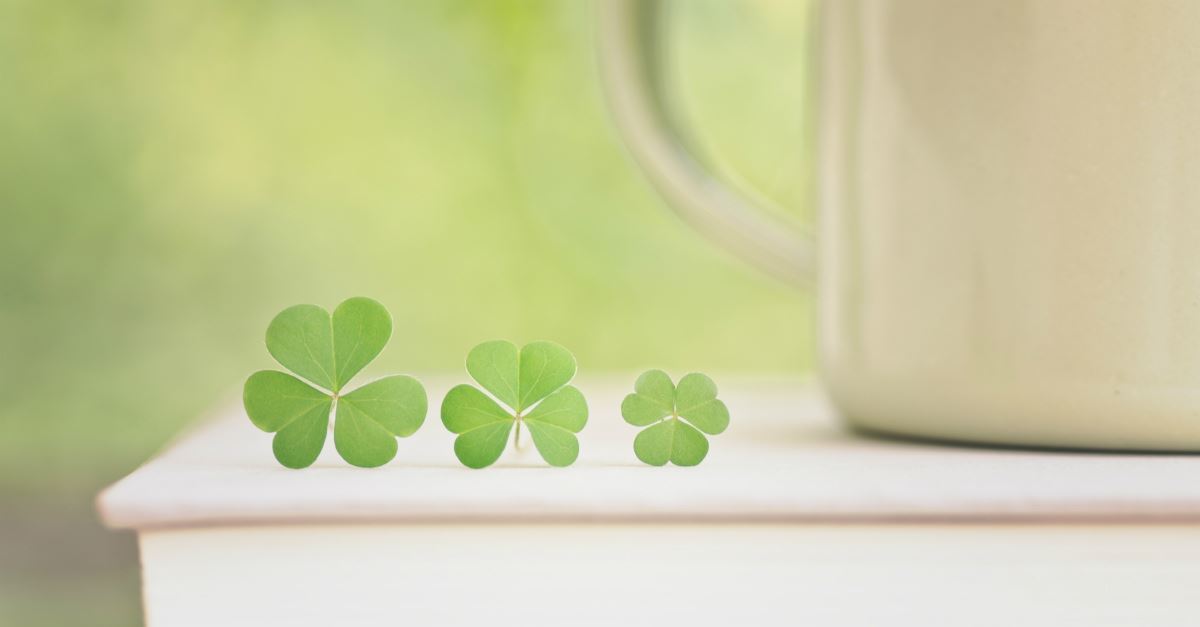 His real name was Maewyn Succat, and he was born in Britain, probably around the 5th century, although the exact date is unknown. Even though his father and grandfather had been men of faith, Patrick had never believed in God. That all changed when he was kidnapped by Irish raiders and taken across the sea to be a slave in Ireland.

Far from home and being forced to work long hours herding sheep and pigs for no pay, Patrick began to pray for the first time.

For six years, he worked in poor conditions, until he had a dream of a ship in the harbor that had come to take him home. He ran away and stowed away on the ship, which returned to Britain, where he where he was reunited with his family. God delivered him from slavery and brought him home.

And that might have been the end of the story…except that Patrick had a vision of unreached people calling out to him to come preach the gospel. Which unreached people group? The Irish, of course.

It would have been easy for Patrick to say, “No way! I’m not going back there. Those people took me away from my family and made me eat scraps with the pigs. They don’t deserve to know about Jesus.”

After studying so he could teach the Bible, Patrick went back to Ireland to preach to the people who had once kidnapped him. Because he was so familiar with life on the Emerald Isle, he knew it would be important to convert the clan chiefs first, who could then help the gospel spread to the common people. According to tradition, one of his first converts was his former master.

The Celtic Druids, who worshipped pagan gods and had been the most powerful men on the island, didn’t like this new teaching that Patrick brought. Christianity would outlaw the Druid’s ancient traditions, including human sacrifice.

Several times, the Druids threatened and imprisoned him, but Patrick was always able to escape, sometimes by giving gifts to his captors. He was in constant danger, and so were the people who decided to put their faith in Jesus after listening to his message.

But even the Druids couldn’t keep the gospel from spreading, and soon there were churches and groups of believers all over the country.

After Patrick died, his life was mostly forgotten, but in the 1631, a feast day was established in his honor. The holiday became popular in America when Irish immigrants to big cities like New York and Boston began to celebrate the March festival with parades and feasting, making it into the holiday we know today.

Questions to Discuss and Family Activities 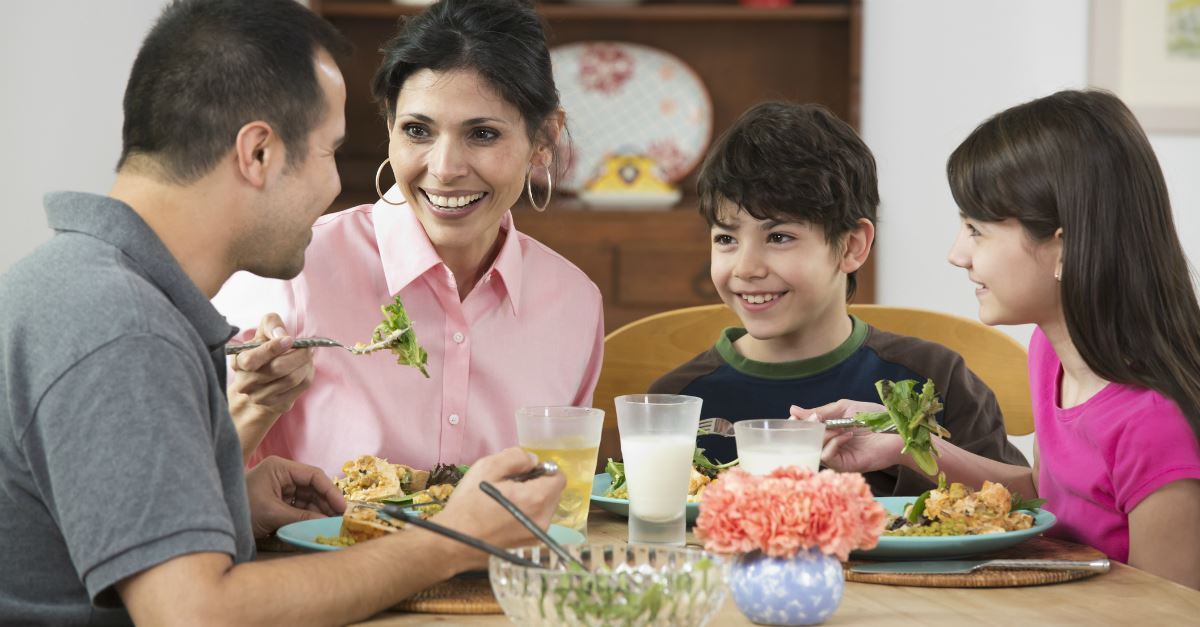 Take some time on or around St. Patrick’s Day to talk about these important faith issues related to Patrick’s life and ministry:

Patrick went back to share the Gospel with the people who mistreated him. How was he acting like Jesus? Can you think of anyone else (in the Bible or someone you know) who has shown love to their enemies?

Who are some people in your life who are sometimes hard to love? Think of three ways: how could you be like Jesus and Patrick and show kindness to them?

Patrick wrote about everything God did in his life in a book, which is how we know so much about him. If you were writing about your life, what events would you include? Are there times you can remember where God answered your prayers?

Here are a few suggestions of how you can celebrate Patrick’s legacy of fearless faith with some fun together with your kids or teens:

Pray for an Unreached People Group 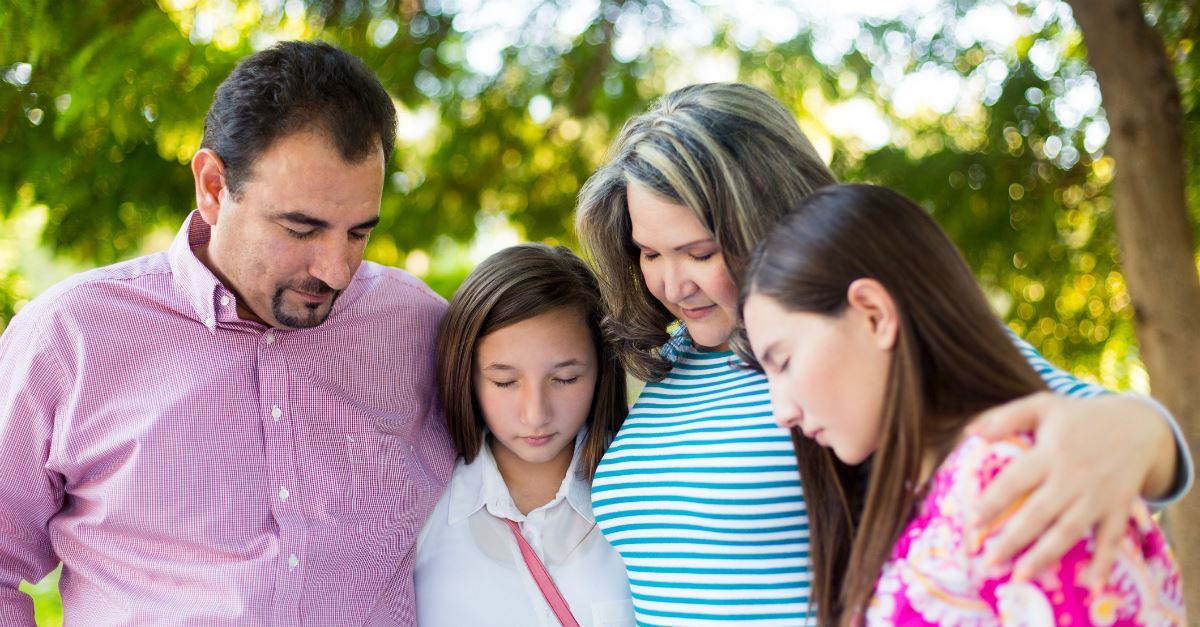 Ireland was an unreached country in St. Patrick’s time, but there are still large groups of people who have never even heard about Jesus. Sometimes there are only a few Christians among tens of thousands of people.

Other times, the government doesn’t allow Christianity, so churches have to meet in secret.

Take some time to pray together. You can choose a country where your church sponsors a missionary for a personal connection, or use a website like Joshua Project or Operation World that provides prompts for prayer. 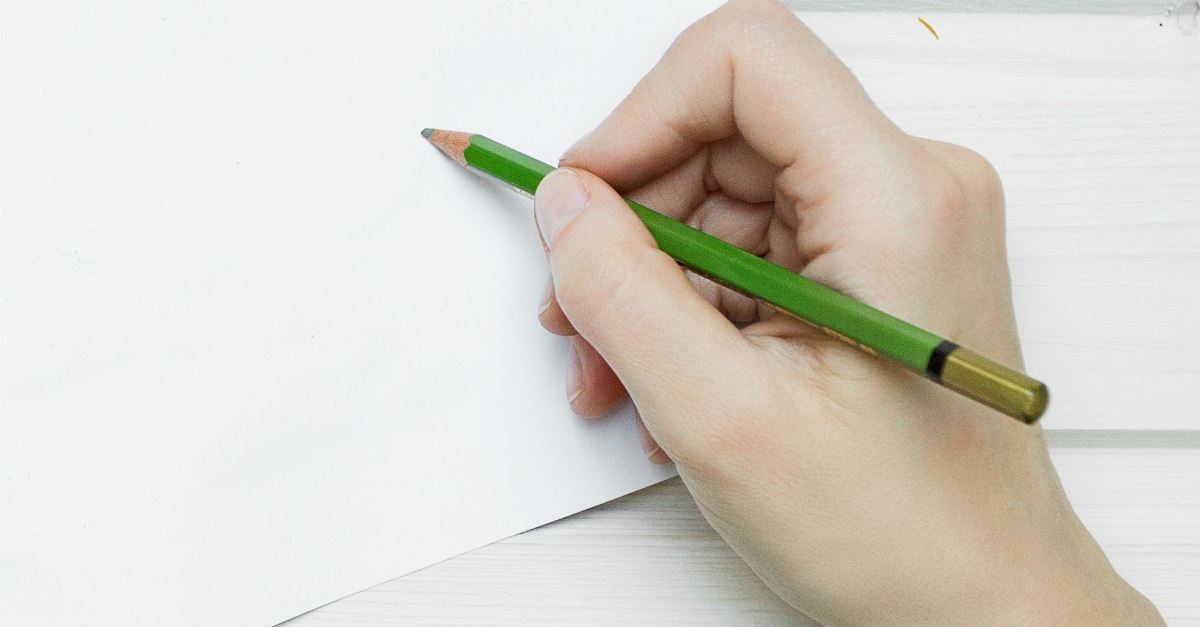 Talk About: What do you think this prayer means? How is this prayer similar to Psalm 39? How would our daily lives changed if we thought about the fact that we are representing Jesus everywhere we go?

Consider writing up the prayer, or part of it, and keeping it somewhere that your family will see it; like a mirror, fridge, or coat rack. 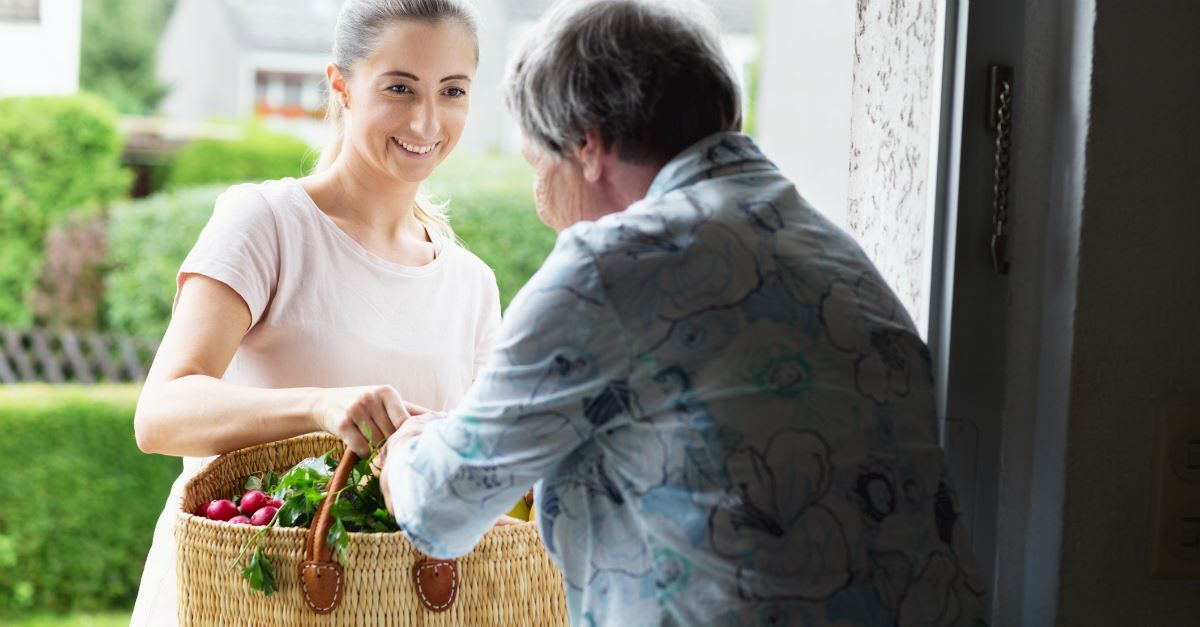 Patrick knew that because God had been with him in his hardest times, he needed to pass that love on to others.

Think about a way God blessed you as a family in the past few years. Maybe a friend from church helped with meals during a hospital stay, or maybe a neighbor encouraged you during a hard time.

Then, plan to do the same thing for a neighbor or friend in your lives to pass the blessing along.

If you need some ideas, consider: a thank-you note to your pastors, practical help like babysitting for a date night, an anonymous grocery gift card for a family in need, words of encouragement to your kids’ teachers. 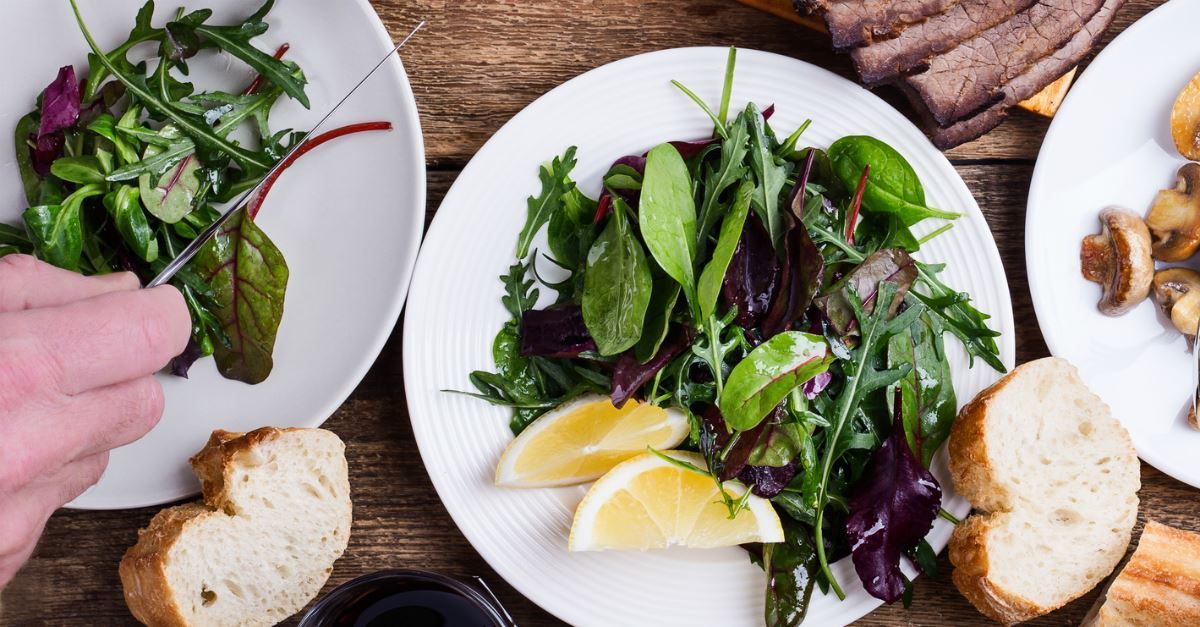 Because Ireland is full of rolling green hills, many people wear green on St. Patrick’s Day. Green is also the color that is a symbol of new life.

On St. Patrick’s Day, consider having a Green Feast, with both naturally green foods (salad, pistachios, spinach wraps, pesto chicken, peas), or foods with a drop of food coloring added to help them along (pancakes, mashed potatoes, soup). Before your meal, thank God for giving us new life in Jesus.

We have such an amazing legacy of faithful Christians to draw from. While St. Patrick’s Day is normally just a secular party, parents can use it to highlight what the real St. Patrick did to courageously advance the gospel…and start some great discussions about how we can do the same.

Amy Green celebrates St. Patrick’s Day from Minneapolis, Minnesota along with the jr. high girls in the small group she leads. She blogs at themondayheretic.wordpress.com about faith, life, and culture.