7 Characteristics of a Church that Glorifies God 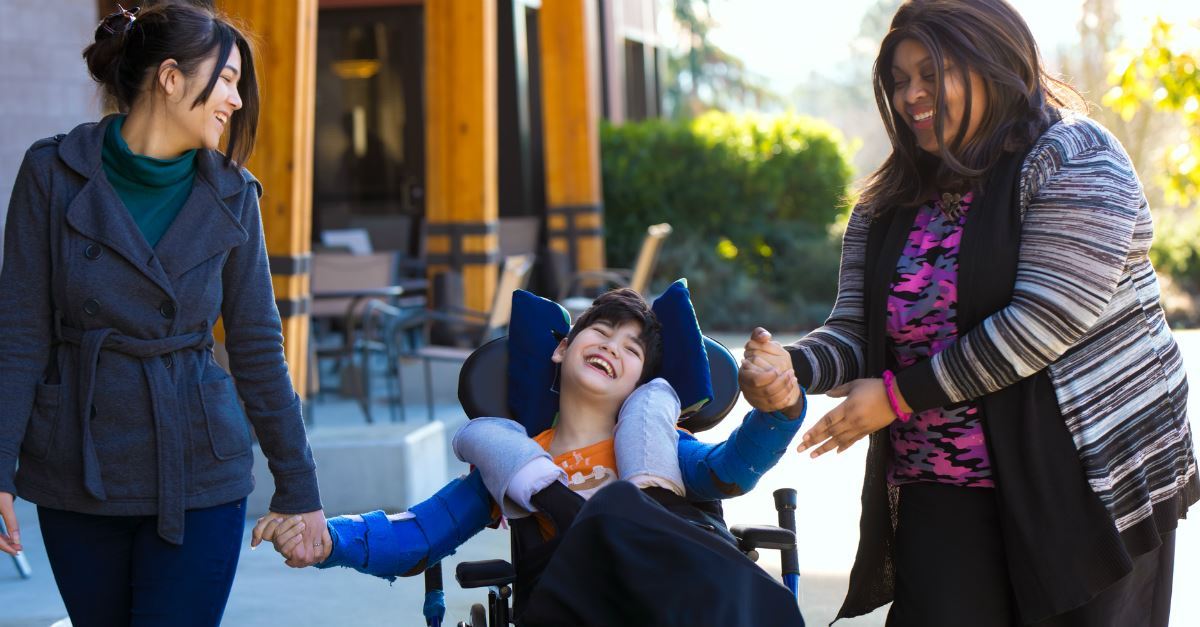 As I begin this article, I have before me a recipe for French Strawberry Crepes, a treat that is loved around the world. Of course, having strawberries in a bowl alone is not enough to produce the full delicacy of a strawberry crepe. According to the recipe in front of me, one needs to add ingredients like milk, eggs, flour, water, vanilla extract, salt, and sugar to get the flavor that makes strawberry crepes famous.

In fact, all these ingredients need to be added in right quantities to savor a delicious and unforgettable strawberry crepe.

Similarly, there are some characteristic ingredients that are needed for a church to be one that truly glorifies God.

As we read the Book of Acts 2:42-47, we see 7 characteristics (you may find more) that were visible in the first-century church. These characteristics made the church of that day a powerhouse in their community.

We may just need to replicate these characteristics today in the Body of Christ—with everyone playing their part—so that we may continue to bring glory to God. Here are the 7 characteristics I see in the passage in Acts 2:42-47: 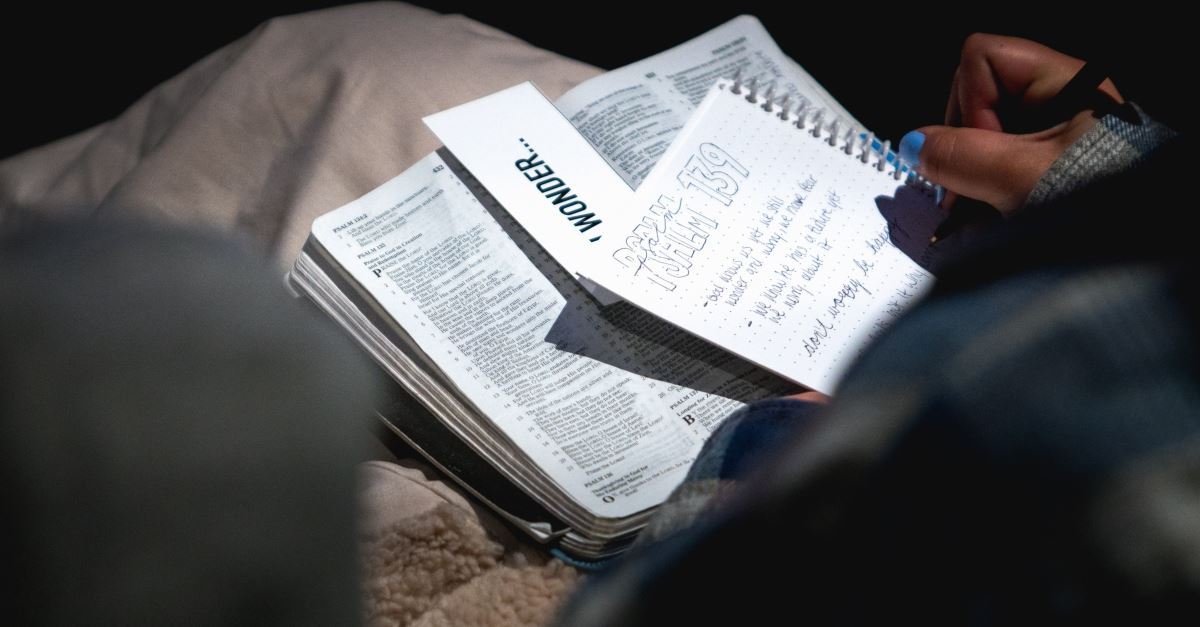 “They devoted themselves to the Apostles’ teaching” (Acts 2:42)

The believers were devoted to the teaching of God’s holy Word. This means that they loved hearing, receiving, and obeying the teaching of the Word as directed by the Apostles. I get a picture of them sitting and ‘soaking in’ the teaching of God’s Word and this helped them grow in their faith. The Word of God was one of the dominant guiding factors in what that church stood for.

Thankfully, the power of God’s Word still stands good for us today.

I have been reading Wilmington’s Guide to the Bible over the recent past, and in the section that is titled ‘The Doctrine of the Bible’, the author refers to people from all walks of life and professions, whose lives have been deeply impacted by the scriptures. He highlights quotes from Presidents, Prime Ministers, Scientists, Historians, Physicians, Lawyers, Educators, Philosophers, Writers, Astronomers, and many others to show how lives can be transformed and impacted. Such is the power of God’s Word!

In the scriptures, the Word is also symbolized as being a mirror that reflects truth, a seed that germinates and brings fruit, bread that gives spiritual life, a lamp that gives light and guidance, and as a sword, a hammer, and a fire. It is milk that nourishes a new believer and meat that strengthens a mature believer! More of God’s Word will bring more glory to His name.

Let us keep emphasizing the teaching of God’s Word to our children, our youth, our young adults, our adults, and our families. May we faithfully teach the Word of truth through our pulpits and our classrooms as directed by Paul to Timothy in 2 Timothy 2:15 so that God could be glorified through transformed lives.

May we encourage our people to spend more time in His Word than on Facebook, social media, politics, sports, and on other activities. For everything else, other than God’s Word, will pass away one day (Matthew 24:35). 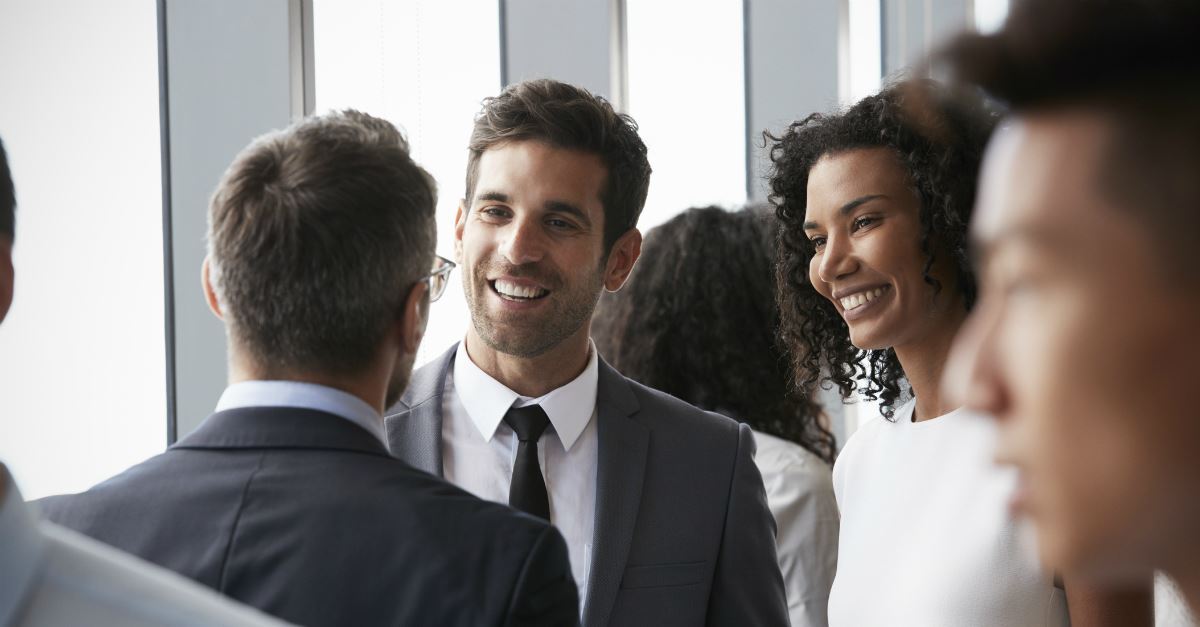 “They devoted themselves…to the fellowship” (Acts 2:42)

As I read through this passage, I can’t help but feel that this church was a happening place. It was an attractive place with a warm, family feeling where people felt they belonged. That’s probably why in Acts 2:46 it says that “Every day they continued to meet together in the temple courts. They broke bread in their homes and ate together with glad and sincere hearts.”

The words ‘glad’ and ‘sincere hearts’ show that they clearly enjoyed being a part of the community every day, and that there was a lot of godly love being spread around. Referring to this passage, The IVP Commentary on the New Testament by Craig S Keener says, “Table fellowship denoted intimacy, and discussions or even lectures at meals were common.”

A lot has been said about how impersonal and unfriendly many churches are today. Could we therefore strive to model what we read in Acts 2 and ask God to help us reach out in love and friendship to the hurting around us?

In an article by Pastor Rick Warren that I read yesterday, he says “Our churches should be no-shame zones, places for broken people to come when they hurt.”

Let us also learn to be appreciative of all who worship and serve in the Body, especially those who are not seen publicly. Let us continue to encourage the regular gathering of God’s people in an atmosphere of love through small groups, bible studies, and meaningful fellowships.

3. A church energized by prayer and worship 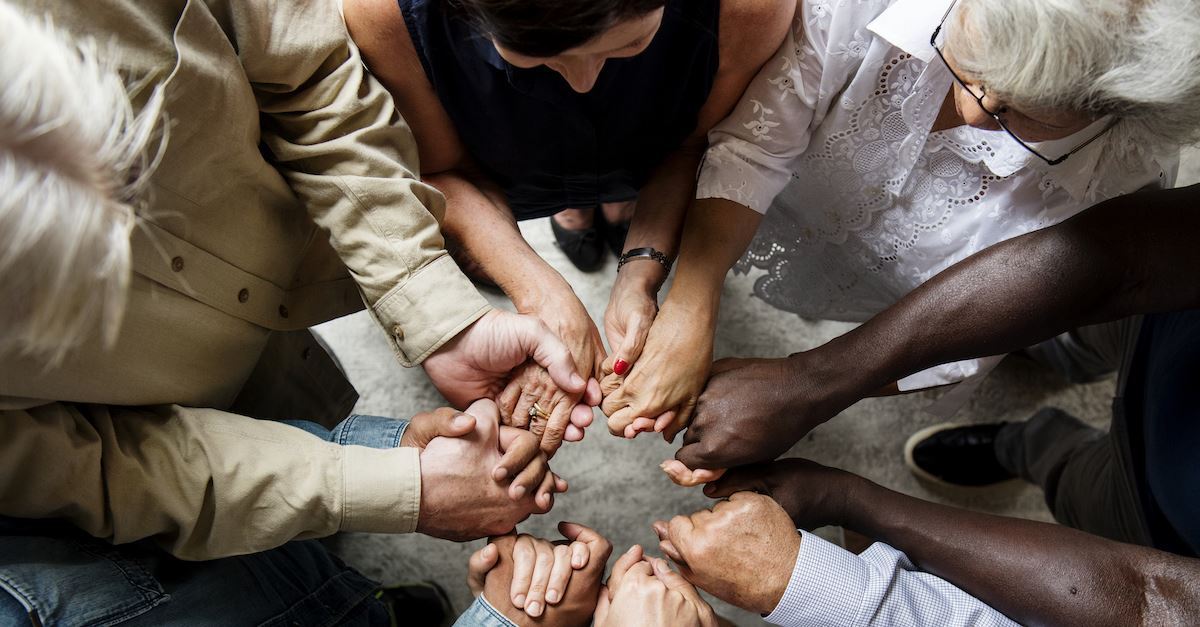 The believers were in constant prayer and worship, both individually and corporately, which in turn energized all they did. In fact, when the Apostles were threatened in Acts 4:18, their response under threat was to “raise their voices together in prayer to God” (Acts 4:24). Acts 2:47 tells us that they were “praising God (daily) and enjoying the favor of all the people.”

As a child when I would be involved in a sporting event, my parents would give me Glucose or a relevant drink to provide extra energy for the game. Athletes today take energy and vitamin drinks, besides other supplements that are permitted, to receive extra strength for their events. We also constantly look for ways to energize our thinking, our health, and our work.

The church of Acts however was energized by prayer and worship. When they prayed and worshiped, rooms were literally shaken, as seen in Acts 4:31 and Acts 16:25-26.

As we, too, focus on more prayer and worship, individually and corporately, our churches would be energized to accomplish greater works for God. Alfred Lord Tennyson famously said. “More things are wrought by prayer than this world dreams of” while Charles Spurgeon once said, “We shall never see much change for the better in our churches in general, till the prayer meeting occupies a higher place in the esteem of Christians.”

A praying and worshipping church brings glory to God.

4. A church powered by the Holy Spirit 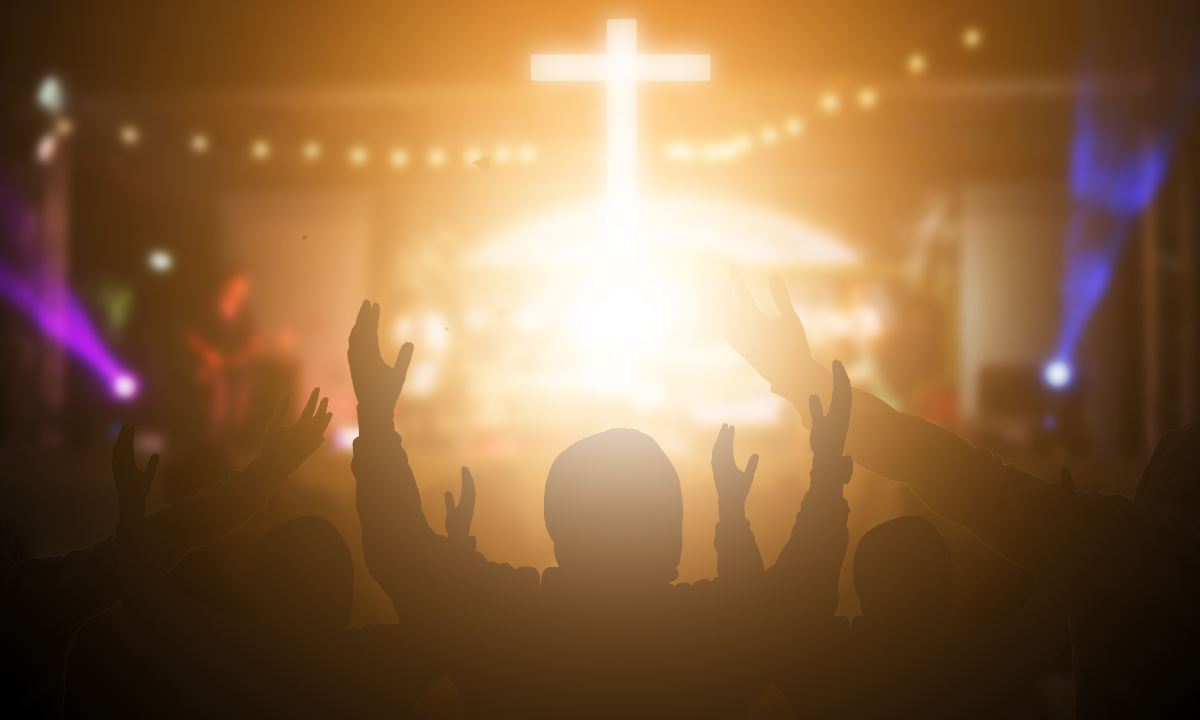 “Everyone was filled with awe, and many wonders and miraculous signs were done by the Apostles” (Acts 2:43)

We often see company websites saying that they are ‘Powered by X’ or ‘Powered by Y’ to validate the strength of a brand. The church in Acts was however powered by the Holy Spirit. As a result, signs, wonders, and miracles were a common occurrence and ‘everyone was filled with awe.’

According to the Dictionary, the meaning of the word ‘awe’ is defined as “A feeling of reverential respect mixed with...wonder.” It indicates something that cannot be explained naturally. We can therefore conclude that a lot of supernatural acts were being performed by the Apostles.

This power at work through the Holy Spirit is further emphasized in Acts 4:33 where it says, “With great power the Apostles continued to testify to the Resurrection of the Lord Jesus” and in Acts 5:12, which says, “The Apostles performed many miraculous signs and wonders among the people.”

At a time when the church of Jesus Christ and Christian families are under severe attack by the forces of darkness, let us pray for a fresh infusion of the Holy Spirit’s power among His people. May we experience that power whenever congregations come together to worship the Savior.

Truly, the Lord will be glorified!

5. A church marked by generosity 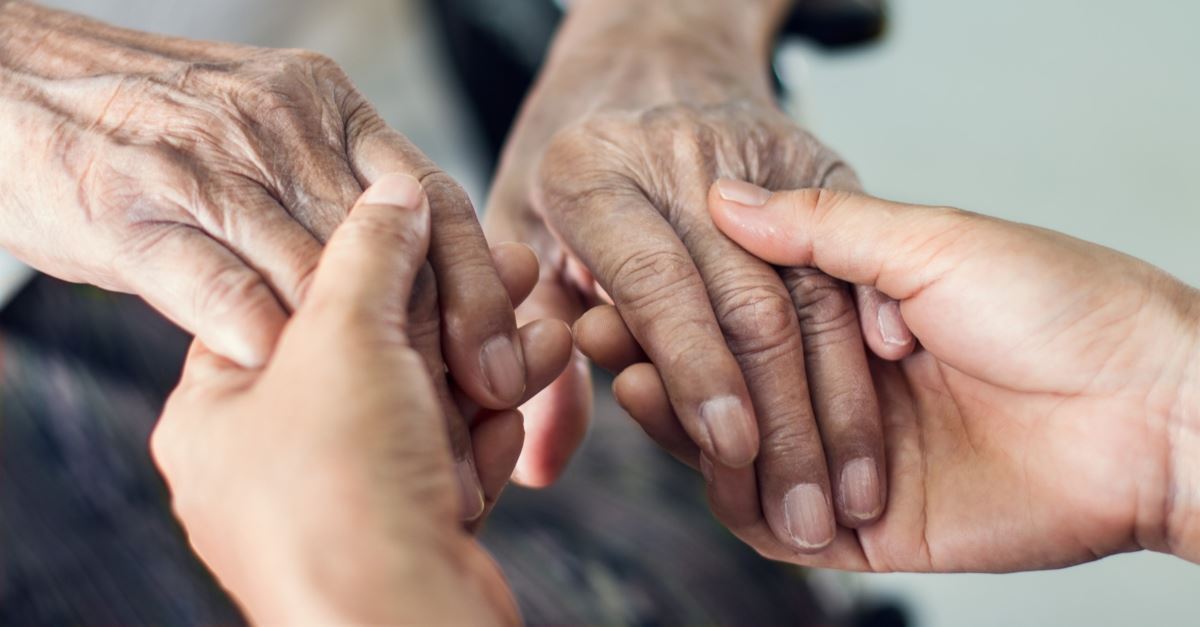 “All the believers were together and had everything in common. Selling their possessions and goods, they gave to anyone as he had need” (Acts 2:44-45)

What amazing generosity is revealed in those verses! As the church grew in ‘leaps and bounds’ and the numbers increased rapidly, many urgent needs would have surfaced. The believers responded magnificently by sharing all they owned to meet those needs. As a result, the Lord was glorified.

The church of our day, too, needs to be marked by overflowing generosity.

6. A church that evangelized daily 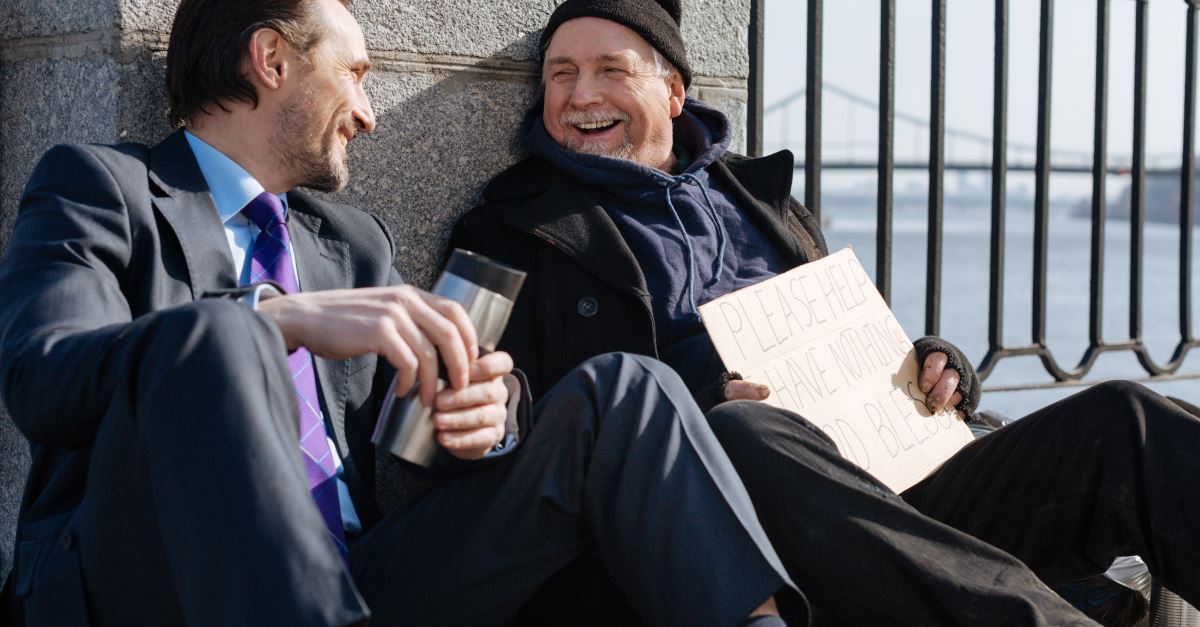 “And the Lord added to their number daily those who were being saved” (Acts 2:47)

People being saved daily meant that the believers were sharing the Gospel daily. The Book of Acts shows us that regular evangelism was the clear pattern of their ministry. They refused to be stopped, even when threatened, beaten, or imprisoned.

As they continued to evangelize, Acts 5:14 shows that “More and more men and women believed in the Lord and were added to their number.” Even when the church was scattered later under Saul’s vicious persecution, the Bible says “Those who had been scattered preached the Word wherever they went” (Acts 8:4).

The heart for winning souls needs to be renewed within the Body of Christ today because every soul saved brings glory to God. As someone said, “We were not called to cultivate fish, but to catch fish!” Let’s keep sharing the Gospel whenever and wherever an opportunity arises.

I read the story in a devotional book of a Christian whose neighbor was an avid golfer. It so happened that they both came out of their houses around the same time on Sunday mornings, one to go to the golf course and the other to go to church.

The neighbor apparently invited the Christian to join him on the golf course many times but the offer was always politely declined on the grounds that he had to be in church at that time. One day after another invitation to play golf on a Sunday was politely declined, the neighbor said, “It’s strange isn’t it?

Although I have invited you to play golf many times on a Sunday, you have not invited me to your church even once!”

7. A church of extreme devotion 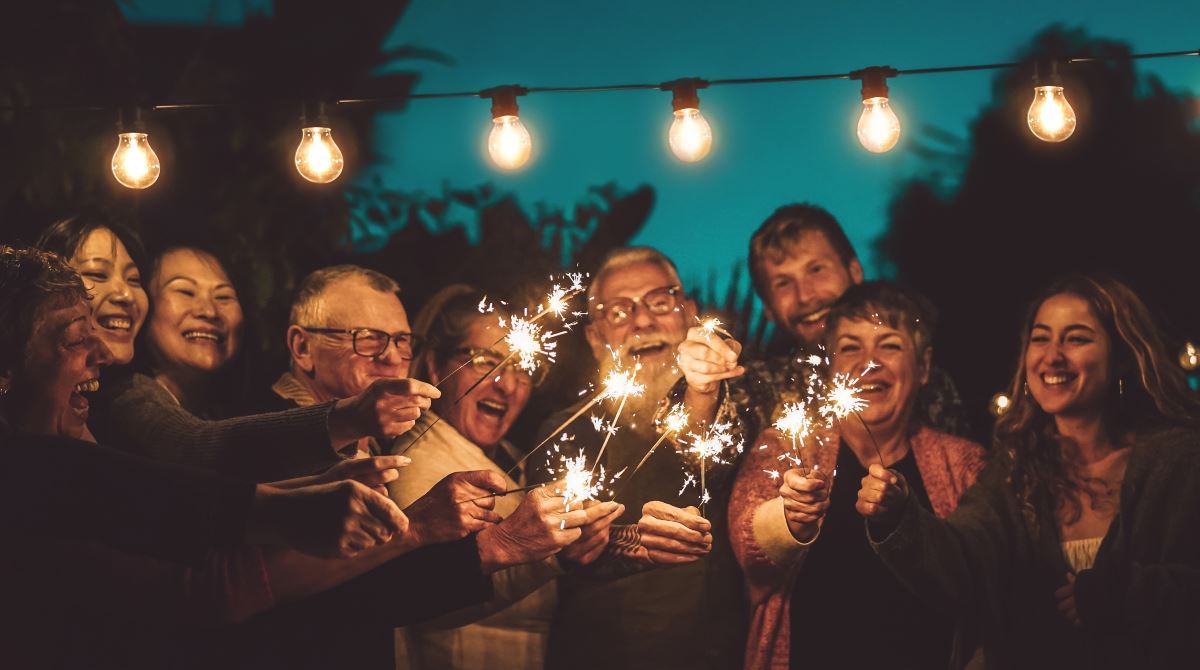 It could be said that the Christians were totally and extremely devoted to all that has been shared in this article. They were committed to God’s Word, to fellowship, to prayer and worship, to the Holy Spirit’s work, to generosity, and to evangelism. This devotion was very different to what was being exemplified through the temple or the synagogues and it challenged the religious culture of the day.

Today, the word ‘extremist’ has many negative connotations like ‘illegal,’ ‘violent,’ ‘fanatic,’ and ‘militant.’ However, these believers showed an extremism that had only one purpose and goal; that was to bring glory to God! Such was their daily lifestyle.

May we too be extreme in our devotion to the living God so that we may bring glory to His name!

Palitha Jayasooriya is an Executive/Preaching Pastor of the 4000+ strong People’s Church, in Colombo, Sri Lanka. His writings, sermons, and illustrations can be found on You Version, Sermon Search, Thoughts about God, and Sermon Central. Palitha is happily married to Regina and is the father of two adorable sons, Sheriah and Sheramiah. He is also the Author of a 21-day Christmas Devotional titled ‘Christmas Reflections.'