4 Beautiful Examples of 'Reckless Love' in the Bible

The deeply personal lyrics of the popular worship song “Reckless Love” by Cory Asbury have captured the imagination of many Christians with his description of the overwhelming nature of God’s kindness and goodness. Steeped in scriptural references, the song describes a love that pursues us even when we were enemies of God (Romans 5:7-8).

The song is not only one of the most popular worship songs, it also generated some controversy specifically because of the description of God’s love as “reckless.”

Much of the controversy likely stems from those who want to protect Christians from a wrong view of God that might be possible if one adheres to a strict definition of the word “reckless.” The Miriam-Webster Dictionary defines reckless as “marked by lack of proper caution: careless of consequences.” We might think of a reckless driver or reckless behavior that causes pain and suffering to others because the guilty party just doesn’t think or consider how his behavior might impact others in a negative way.

This definition could never be applied to God.

His goodness is part of the essence of who he is and how he interacts with his children. Paul assures us that “in all things God works for the good of those who love him” (Romans 8:28). And, God is the source of all good in the world because “every good and perfect gift is from above, coming down from the Father” (James 1:17).

And yet, God’s goodness can leave us looking for adequate ways to express how we experience his love.A love that is lavished on us (1 John 3:1).  A love whose height and depth we could never exhaust or fully understand (Ephesians 3:14-19).  A love that finds us no matter where we go (Psalm 139:7-10).

And so we use phrases like “scandalous grace,” “reckless love,” “crazy love,” and “the foolishness of the Gospel” to try and communicate how we experience God and his interactions with us. Those phrases may push against the boundaries of their technical definitions but they also give us poetic language to describe God’s expansive love.

Looking through the pages of the Bible we also discover many positive stories of men and women of God who behave in ways that might be deemed “reckless” but the Bible presents their lives as beautiful examples of love and faith.  In their stories we gain insight into God’s love for us.  Consider the following four biblical examples of reckless love:

Perhaps there is no greater example of sacrificial, reckless love between two friends than the example of Jonathan and David.

To set the scene, when God rejected King Saul because Saul did not follow God’s commands (1 Samuel 15:26), the prophet Samuel anointed David as the next king (I Samuel 16:13). However, Saul continued to serve as king for many more years.

During the decades that Saul continued to rule Israel, Saul’s oldest son Jonathan (and next in line for the throne) befriended David. Jonathan believed David would serve as the next king of Israel in his place.

Jonathan demonstrated great faith to submit to God’s plan even though it came at great personal sacrifice.  And, Saul kept trying to kill David to maintain the family claim on the royal line.

During one of Saul’s especially violent outbursts, it was Jonathan who devised a plan to help David escape. Saul discovered Jonathan’s plan and hurled a spear at Jonathan, his own son, in an attempt to kill him.

At risk of his own life, Jonathan demonstrated reckless love by putting his own life in danger to help David escape (1 Samuel 20:28-42). After this incident, the two friends never met again. Eventually, Jonathan was killed in battle (1 Samuel 31:2) and David deeply mourned the loss of a devoted, reckless friend.

Old Testament prophet Hosea displayed reckless love when he obeyed God’s command to marry a prostitute named Gomer and raise a family together as a sign of God’s love for Israel despite the nation’s unfaithfulness (Hosea 1:2-3).

Despite Hosea’s love for his wife, she did not return his affections and was caught in an adulterous relationship with another man. In response to her actions, God told Hosea to seek her out again and bring her back as his wife. Not only was Hosea to invite her back into relationship with him, God asked him to follow the custom of paying another dowry, a humiliating action for a husband (Hosea 3:1-3).

Without regard for other’s opinions of him, or even his own self-interest, Hosea is a picture of the reckless love of a husband for his wife.

At a dinner at Martha’s home in Bethany, Jesus was eating dinner when Mary took a jar of expensive perfume and poured it on Jesus’ feet and wiped his feet with her hair. The aroma of the perfume filled the air as Mary anointed Jesus.

While this action might have been viewed as a simple act of worship, we see a sign of the reckless nature of this action in Judas’ response. Instead of recognizing the significance of her actions, Judas complained that cost of the perfume (a year’s wages) could have been spent on more important things (John 12:4-5).  Upon hearing Judas’ criticism, Jesus rebuked him and commended Mary’s sacrificial offering.

Mary gave beyond what was expected or culturally appropriate, but it could be said she recklessly took the jar of perfume and “wasted” it as she poured it out on Jesus’ feet.

4. The Never-Ending, Reckless Love of Our Faithful Shepherd

The “Reckless Love” chorus provides an example of the way God’s love can appear reckless when it reminds us that God “leaves the 99,” a reference to the parable of the lost sheep in Luke 15.

The parable images a shepherd who is responsible to care for 100 sheep in the fields and caves of Israel’s hillsides. In the story, just one sheep goes missing.  But the shepherd does not take the safe or prudent course of action. Instead of considering the odds and staying with the vast majority of sheep in his flock, he leaves the 99 sheep together on a hillside and goes to rescue the one sheep who has wondered away.

God recklessly pursues us in the same way.

Not content with the number of people who have responded to the good news about Jesus, God pursues every person because he does not want “anyone to perish, but everyone to come to repentance” (2 Peter 3:9).

You Are Recklessly Loved

While you may still find it challenging to think of God’s love for you as reckless; hopefully, you can appreciate the artistic description used by Asbury to give us words to describe the immense love that God has for each one of us.

Together with Paul we can pray for the ability to understand more of this love as we try to “to grasp how wide and long and high and deep is the love of Christ, and to know this love that surpasses knowledge” (Ephesians 3:18-19).

Lisa M. Samra was born and raised in Texas, graduated with a Bachelor of Journalism from the University of Texas and earned a Master of Biblical Studies degree from Dallas Theological Seminary. Lisa now lives in Grand Rapids, Mich., with her husband, Jim, and their four children. She is a regular contributor to Crosswalk.com, Our Daily Bread, and her work has also appeared in a variety of publications and online sites. Lisa loves to travel and often finds inspiration from experiencing the beauty of diverse cultures, places and people. Lisa enjoys good coffee, running and reading, just not all at the same time. 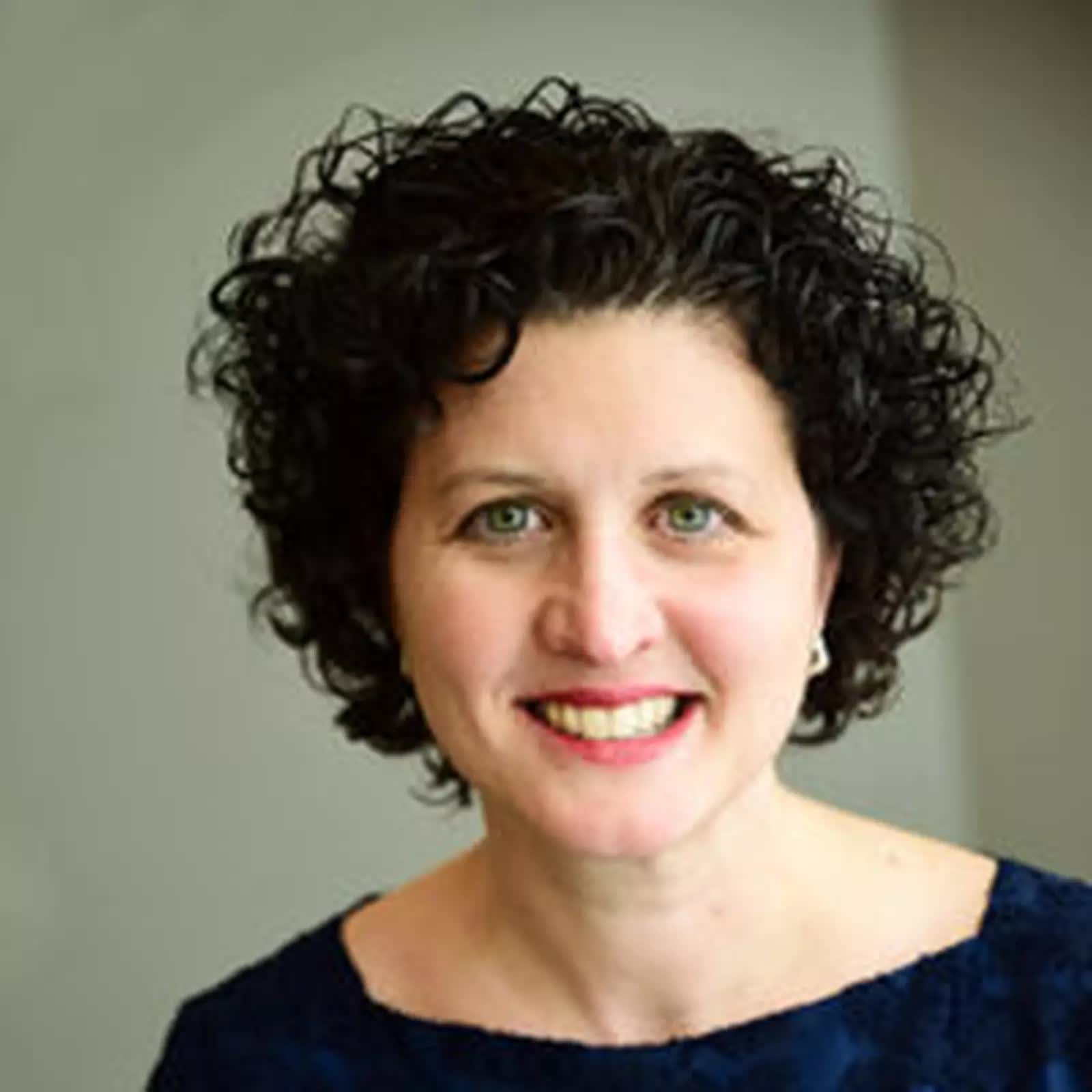 Lisa M. Samra was born and raised in Texas, graduated with a Bachelor of Journalism from the University of Texas and earned a Master of Biblical Studies degree from Dallas Theological Seminary. Lisa now lives in Grand Rapids, Michigan, with her husband, Jim, and their four children. She leads several ministries at Calvary Church, with a focus on encouraging church leaders and training people for ministry. She is a regular contributor to Crosswalk.com and Our Daily Bread, and her work has also appeared in a variety of publications and online sites. Lisa loves to travel and often finds inspiration from experiencing the beauty of diverse cultures, places, and people. Lisa enjoys good coffee, running, and reading, just not all at the same time.