What Does "By His Stripes We Are Healed" Mean in the Bible?

The voices of those around me lifted higher as the main chorus approached in By His Wounds. As a new Christian barely toddling around in the new life I was given, I was perplexed by the words.

I had so much to learn. I merely thought Jesus’ wounds gave me Salvation. But to be healed, how? Was it physical, spiritual? Why had everyone become so emotional?

Later that afternoon, I grabbed my study Bible and looked up the word wounds, when I came across two passages: Isaiah 53:5 and 1 Peter 2:24.

But he was wounded for our transgressions, he was bruised for our iniquities, the chastisement of our peace was upon himl and with his stripes we are healed. (KJV)

But He was pierced through for our transgressions, He was crushed for our iniquities; the punishment that brough us peace was on him, and by his wounds we area healed. (NIV)

And He Himself bore our sins in His body on the cross, so that we might die to sin and live to righteousness; for by His wounds you were healed. 1 Peter 2:24 ESV

Both passages describe the physical punishment Christ took upon Himself for the sake of humanity—of those who chose to believe in Him. However, the passage in Isaiah is one of the most renowned Old Testament passages because it prophesied about Jesus 700 years before He arrived in a manger.

John McArthur refers to this passage as “the first gospel.” No passage provides a clearer explanation of Christ’s atoning work for sinners. It is rich in detail of Christ’s suffering and crucifixion of His saving work for each of us.

Need some prayers for healing in your life now? Download our FREE Prayers for Healing guide and go daily to the Healer himself to sustain your needs.

How Did Jesus Get His Wounds and Stripes?

In an effort to understand the truth of these passages, let’s take a look at both Isaiah 53:5 and 1st Peter 2:24 in context.

But He was pierced through for our transgressions,

He was crushed for our iniquities;

The chastening for our well-being fell upon Him

And by His scourging we are healed. Isaiah 53:5

and He Himself bore our sins in His body on the cross, so that we might die to sin and live to righteousness; for by His wounds you were healed. 1 Peter 2:24

The first time we come across this passage is when Isaiah describes what about happen to Jesus. He describes the suffering of the Messiah and then writes the reasons for His suffering: He was pierced for our transgressions (rebellion) and crushed for our iniquities (depravity).

The prophet Isaiah was pointing out that our sins required an atonement. Our sins required forgiveness. Our sins needed to be washed off each of us. But the traditional way God’s people atoned for sin in the Old Testament was through the blood sacrifice of animals performed at the Temple. In order to provide atonement and to be washed of our sins, a perfect sacrifice was coming for all of mankind: God’s only son, Jesus.

Whenever we address prophecy or prophets of the Bible, we need to understand individuals like Isaiah were sent by God to warn God’s people, the Israelites. These warnings were often not heeded and largely ignored because they were called to repent of their sins and idolatries with the threat of punishment and sometimes reward.

It wasn’t until many years later when scholars realized the words written by Isaiah and other prophets were fulfilled and true.

Isaiah became a prophet of God around 742 BCE (found in Isaiah Chapter 6) when he describes seeing God for the first time. He then offered himself to God and was commissioned to give voice to the divine Word. When it comes to the subject of prophecy, 25 percent of the Bible is prophecy of how Jesus would be our Servant, King and Salvation.

It was commonly taught that the Messiah’s role would be to restore the Kingdom of God but there was also a basis the He would suffer for His people too. However, the Jews at the time largely ignored Isaiah’s warnings or predictions about the coming King despite the language in Isaiah 53 pointing to the suffering of an individual, not a nation like many assumed.

The second two lines repeated the concept of the punishments Jesus would talk upon Himself even though Jesus was blameless, perfect, pure and free from sin in every way. These last two lines also describe that His suffering would the cure and restoration for mankind.

The stripes mentioned by Isaiah were the awful lashings upon Jesus’ back by the Roman whips. Thirty-nine stripes were the traditional punishment for a condemned prisoner. According to the scripture, these stripes upon Christ were on behalf of our healing (1 Peter 2:2).

In 1st Peter 2:24, Peter also writes about the work of Jesus on the cross. He explains that Christ traded our sins for His life. He bore the punishment for our sins, the death we should have received instead of Him. Peter teaches that Jesus’ actions were done so that we could live righteously and have salvation.

What Does it Mean to Be Healed by His Stripes?

Just this week, I heard someone quote these scriptures in prayer as they prayed for the healing of a loved one. “Lord, Chris is in the hospital. We lift him up to you, by your stripes he is healed.” As the prayer ended, I wondered if it was really my place to tell them, the scripture was taken out of context. The power of the cross wasn’t meant for our physical healing, rather our spiritual healing.

These two passages are central to the topic of healing, however they are misapplied and often misunderstood. The word “healed” when translated from both Greek and Hebrew can mean spiritual or physical healing. However the context of both Isaiah 53 and 1 Peter 2 make it clear that they are referring to spiritual healing. The verse is referring to sins and righteousness not disease and sickness.

Have you been wounded by sin, rejection, loss, or betrayal that has cut you to your core? Are these wounds still fresh and open? Like slicing cutting your finger, the negative spiritual effects of painful physical events, leave our souls reeling for comfort, peace, and wholeness. Only Jesus can heal that. 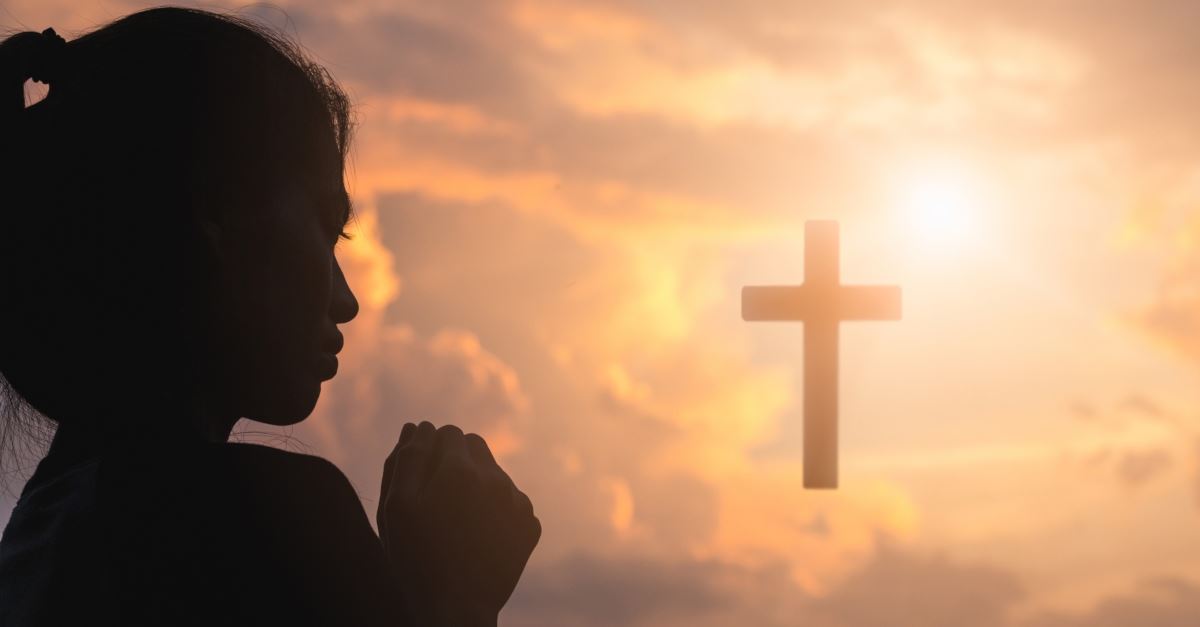 How His Stripes Heal Us

John MacArthur sheds clear light on the matter in his commentary on 1 Peter 2:24 (which, noted earlier, quotes from Isaiah 53:5):

“Christ died for believers to separate them from sin’s penalty, so it can never condemn them. The record of their sins, the indictment of guilt that had them headed for hell, was “nailed to the cross” (Colossians 2:12-14). Jesus paid their debt to God in full. In that sense, all Christians are freed from sin’s penalty. They are also delivered from its dominating power and made able to live to righteousness (cf. Romans 6:16-22).”

Due to mankind’s sin, which brought separation from God’s fellowship, God sent Jesus to endure the sufferings and the brutal execution on the cross, "in our place," as our substitute, so that all mankind could have a "bridge" back to the fellowship and benefits of God. "For He made Him who knew no sin to be sin for us, that we might become the righteousness of God in Him" (2 Cor. 5:21).

When you accept Christ into your heart, the spiritual healing begins because you are choosing to receive and accept God’s forgiveness of your sins. You are no longer separated from Christ because He now lives in your heart. Here are 3 ways we are healed by Jesus' stripes:

1. We Are Healed of the Guilt of Our Sins through the Cross

Yes we’ve been forgiven, yes we’ve been washed clean of our sins by His stripes. But what if we still bare the burden of guilt for our sins? Past actions fester into regrets and become gaping wounds because we are unable to let go of the guilt of what we’ve done. You may wonder, “How could God forgive me of that, I can barely forgive myself.”

There are two kinds of guilt: Conviction and Condemnation. Conviction is the Spirit of God gently correcting you and restoring you to Himself. No sin is too great. The latter is what the enemy uses to prevent Jesus’ stripes from healing us. The enemy loves nothing more than to torment God’s people with the pain of their past.

Sometimes this kind of guilt is a symptom of unforgiveness in our hearts. In Matthew 18:23-25 Jesus tells us how important it is to forgive those who have wronged us.

2. We Are Healed Because Jesus Can Relate to Our Suffering

Who better than Jesus to understand our suffering. Psalms 34 reminds us, God is close to the broken-hearted and saves those who are crushed in spirit. In Jesus’ final days, he was betrayed by one of his disciples, denied by his friend Peter. He was whipped and then given a criminal’s death—being nailed to the cross.

In the midst of all of it, Jesus felt as though he was forsaken by his own Father God has he waited to die on the cross.

No matter the suffering you are experiencing, Jesus gets it. He understands.

As you face betrayal, difficult relationships or whatever it may be, God understands, God cares, God is near at hand to comfort and help. To those who love him, God says, “Fear not, for I am with you… I will strengthen you, I will help you” (Isaiah 41:10).

3. We Are Healed Because Jesus Makes Us Whole

“Go," said Jesus, "your faith has healed you." Immediately he received his sight and followed Jesus along the road. Mark 10:52

The story of Bartimaeus begins long before Jesus entered his city. He was born blind. To earn a living, he sat everyday at the city gates and begged for money. However, be began to hear stories of healing by Jesus. And he began to hear rumors that Jesus would be visiting his city.

When the day came, Bartimaeus was unrelenting in his pursuit of Jesus because he had faith that Jesus would make him whole. And Jesus tells him that it was his faith in Jesus that healed him.

In other words, the value of one’s faith does not come from the one who expresses it but from the object in which it rests. Ultimately, healing is not contingent upon the quality of one’s faith, but upon the Healer. The healing expressed in this story is the Greek word, sozo, which means “to rescue, to preserve, save from death or keep alive.” It refers to our spiritual salvation which is linked to our faith.

We Are All in Need of Healing

We all are in need of healing in some shape or form: broken relationships, difficult seasons in marriage, parenting wayward teens, broken promises, broken dreams and the guilt of our past choices. We wonder if Jesus wants to heal us.

I often think Jesus was thinking of each and every one of us when the skin of his back turned into mere ribbons from the lashings. I also think He thought of us when He crawled onto the cross and even when He took His last breath—knowing He would soon defeat death and fulfill the wages of sin.

Go to Him. No matter what is tormenting your soul. God has already forgiven you and Jesus already planned ahead and paid your debt.

Heather Riggleman calls Nebraska home (Hey, it’s not for everyone). She writes to bring through bold truths and raw faith about marriage, careers, mental health, depression, faith, relationships, celebration and heartache. Heather is a former national award-winning journalist and is the author of Mama Needs a Time Out and Let’s Talk About Prayer. Her work has been featured on Proverbs 31 Ministries, MOPS, Today's Christian Woman and Focus On the Family. You can find her at www.heatherriggleman.com.