6 Things Every Divorced Dad Needs before They Start Dating

If you’re a Christian dad who has recently gone through a divorce, then odds are that you: are hurting, feel out of place at and even abandoned by your church, and/or are lonely, and tired of being alone.

You’ve got a big void in your life, and you may be itching to fill it by finding a good woman with whom to start a relationship that, ideally, will end in marriage. Before you start down that path, however, you need to consider these six things.

1. You Need to Know Are Not Alone

You may perceive a big stigma with divorce among Christians, especially in evangelical circles, so you may feel alone. You are not. Divorce is relatively common among U.S. Christians. Here are some statistics (from U.S. surveys):

- Of all current U.S. adults who have ever been married, about 45 percent have been through at least one divorce.


- The divorce rate among self-described evangelical Christians is the same as the national average, only a few percentage points lower than that of people with no religious affiliation. Black Protestants report the highest divorce rate (56 percent); Catholics the lowest (37 percent).

- While the divorce rate of those who attend church weekly is 14 percent less than that of those who rarely or never attend church, it still is 37 percent. In other words, among regular churchgoers who have ever been married, nearly four in 10 have been through at least one divorce.

Unfortunately, the fact that other Christians have gone through divorce doesn’t help you a whole lot. That’s because…

Going through a divorce is like having a bomb explode in your life. Everything is affected, including:

- Your hopes, dreams, and plans
- A large part of your identityYour roles in your family and extended family
- Your relationships with family members, friends, co-workers, fellow churchgoers, and others
- Your finances
- Your health
- Your self-esteem, confidence, emotional well-being, and ability to focus at work and elsewhere

Worst of all, your divorce broke your covenant bond with your wife, the one who was supposed to be your partner for life. You were emotionally dependent on her. She was your teammate with the kids and in many other ways. You shared wonderful experiences with her. Now, she may have become your opponent and even your sworn enemy.

In his song, Jason Gray describes divorce as a “Death without a Funeral.” Your marriage has died, and that death has a far-reaching and lasting impact on your emotional, physical, and spiritual health.

You’re broken, and you need healing. If you don’t get it, then you could be in big trouble. Numerous studies have shown that divorced men are more likely to abuse alcohol and drugs and get depressed.

They also are more likely to die, often from cardiovascular disease, hypertension, and stroke. 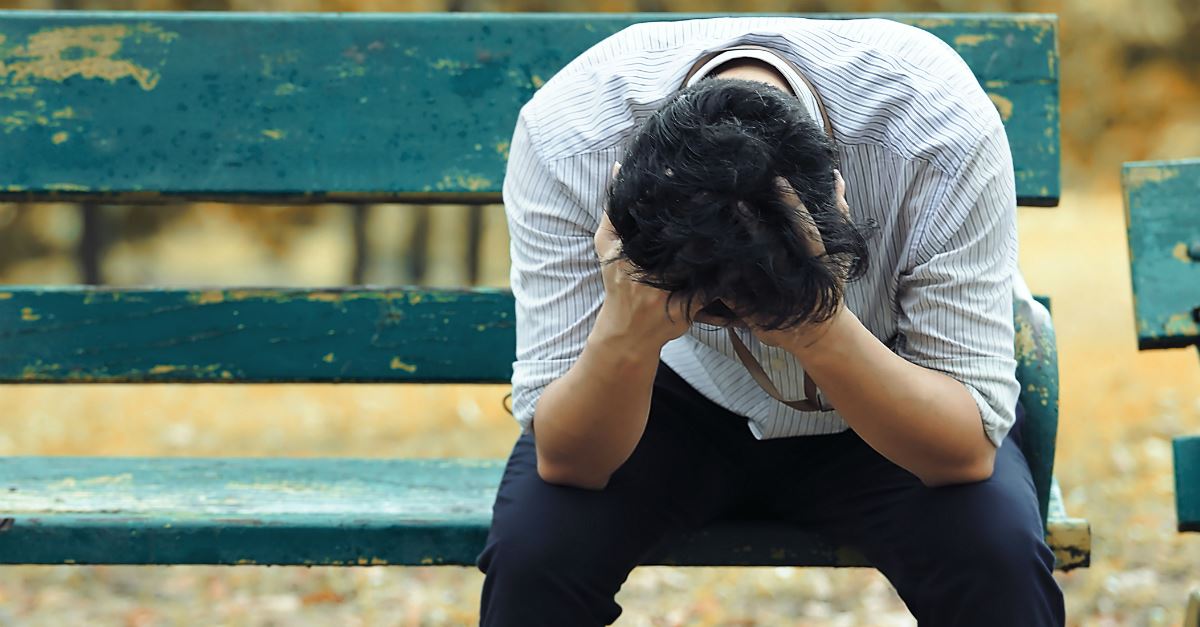 The first step in healing from a divorce is to talk to someone, but who would that be? Your “church friends” likely are married men whose wives are friends with your ex. Your non-Christian friends may not give you the best advice. And you don’t want to bare your soul to just anyone.

It may cost a fair bit of money. Pay it. It may feel extremely awkward. Do it anyway.

A Christian counselor is a trusted and trained advisor whose overriding goal is to help you cope with your divorce in healthy ways. Counseling is likely to reduce your risk factors and improve your emotional, physical, and spiritual health.

4. You Need Support from Other Men

A counselor, even a really good one, is not enough. You need support from Christian men, especially those who know you and whom you trust. The best place to find these men is at your church. But you may feel uncomfortable looking for them there, for reasons such as:


- You were told, directly or indirectly, that Christians are not allowed to get a divorce unless one partner has been habitually unfaithful and is unwilling to repent. If your wife initiated the divorce, which happens in about seven out of 10 U.S. divorces, then many people at church are guessing that you are the guilty party.


- Even if you were faithful (or repentant), people at church may have concluded that you failed the “good husband” test, which is loving your wife as Christ loved the church ().


- Now that you’re divorced, your church may not know what to do with you. Many churches are very family-oriented, and your family is, well, Humpty Dumpty.

Don’t give up on your church yet.

When my marriage fell apart, I didn’t know what to say to people at church, so for a while I said very little. As I slowly began to open up to a few men--starting with some guys in my Bible study--I discovered that most of the men at my church had been impacted by divorce. Their parents had split. A brother or sister had divorced. One of their kids had. Or they themselves had.

Very few were judgmental. Most were understanding and supportive.

If you try and fail to find supportive men at your church, then find a church with a solid men’s ministry, and show up for one of that ministry’s events. Don’t stop until you connect with some solid, seasoned Christian men who will take the time to get to know you for who you are and help you through this difficult time. 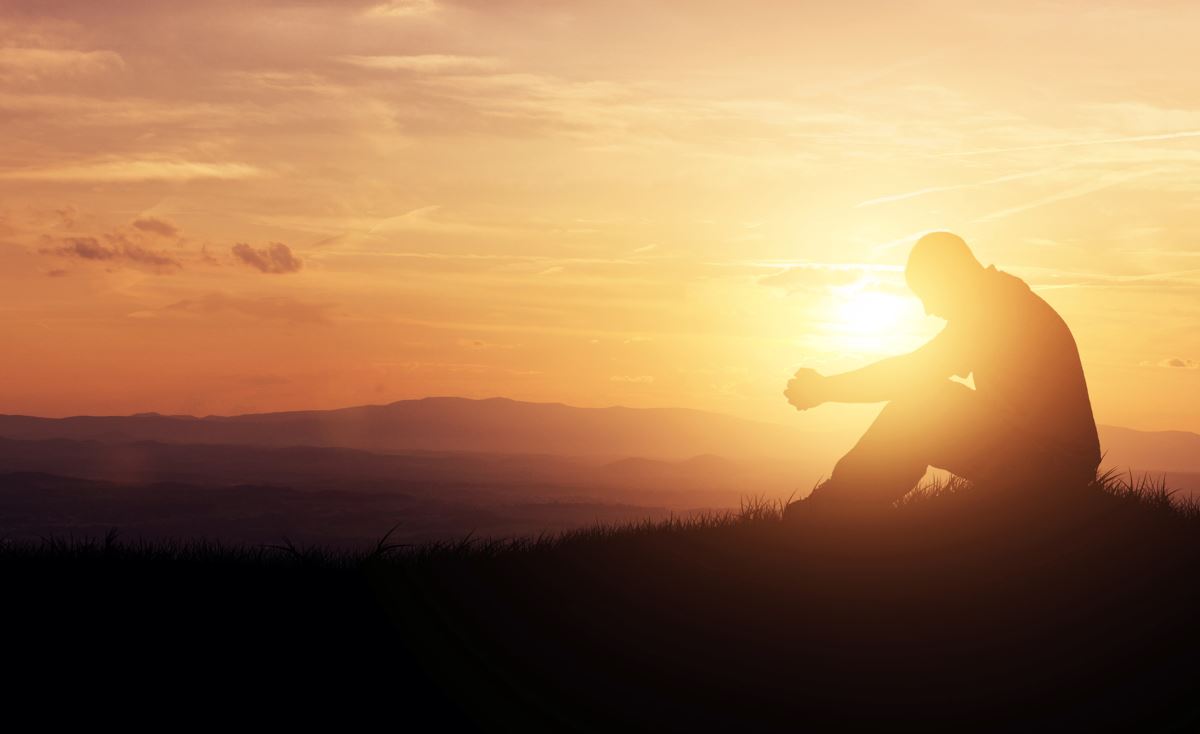 5. You Need to Realize Your Kids Are Hurting

When we experience loss, we grieve.

Every person handles grief differently, but there are some commonalities in the order of feelings experienced during grief. In 1969, a Swiss-American psychiatrist named Elizabeth Kübler-Ross wrote that grief can be divided into five stages.

Not everyone experiences all five stages, and some go through them in a different order. One person may go through each stage fairly quickly, whereas another person may remain in one stage for many months.

You are grieving to death of your marriage, and so are your kids. But there are two big differences between your grieving and theirs:

You have a different perspective. You remember a time before you were married. Your kids don’t (unless they were at least a few years old when you got married). In their world, Mom and Dad have always been together.

You have a head start.You knew that there were problems in your marriage. You may have tried to work through those problems for a long time. And, even if you didn’t want a divorce, you considered what your life would be like if it happened. You prepared yourself, at least a little, mentally and emotionally. Your kids may not have.

The divorce may have blindsided them. And, even now, they may still have hope that you and your ex-wife will get back together.

After a divorce, children often spend a longer time in the denial stage than their parents do. Even when you have worked through all five grief stages, your kids may be stuck on the first stage.

Beginning the dating process while your children are still grieving may have a severe negative impact on your relationship with them.

6. You Need Time with Jesus

Let’s say that you’ve done a great deal of healing. You’ve met regularly with a Christian counselor. You have a support network of several Christian men. The counselor and your friends agree that you’ve made a lot of progress and you seem healthy. Your kids still are struggling with the divorce, but they are working through the grieving process and seem to be nearing the point of acceptance.

Are you ready to start dating? That’s not for your counselor or your friends to decide. And it’s not up to you, either.

It’s up to Jesus.

What did he say about divorce and remarriage? This article will give you some insight. But don’t rely on an article. Read the Bible. Meditate on it. And talk to Him. Regularly.

If you want to share your thoughts on this topic, then please leave a comment, or send an email to info@dailystrengthformen.com.