5 Reasons to Just Say 'No' to Santa

In our house, we just say no to Santa.

It wasn’t always this way. For the first several years of parenting, Santa was an integral part of our Christmas. We decorated with Santa, took pictures with Santa, sent wish lists to Santa and spent a good part of December building excitement for what Santa would leave under the tree.

All the Santa pretending felt fun and harmless. Until one day I decided enough was enough. Santa was getting far too much attention and way too much credit for a season meant for Christ.

That afternoon, I went from room to room in our home, boxing up the Santa decorations we’d collected over the years. I packed up the Santa cookie jar and the stuffed Santas on the kids’ beds. I took down Santa dish towels in the kitchen and hand towels in the guest bath.

I combed the Christmas tree for Santa ornaments, rolled up the Santa rugs and pulled all the Santa books from our Christmas book basket.

We stopped other Santa traditions too. We no longer lined up at the mall for pictures with Santa or had the kids mail off a Santa wish list. We stopped telling our kids Santa was coming and, probably the biggest one for us--stopped leaving Christmas cookies and carrots for Santa and his reindeer.

Santa’s just good old -fashioned fun that makes December more exciting for the kids. Let me say at the outset, that saying no to Santa isn’t about being a better Christian. Santa or no Santa, God sees our heart in whatever we do.

But here are 5 reasons we decided to just say no to Santa.

1. Santa distracted us from a Christ-centered Christmas.

We only get so much conversation with our kids and we can only do so many family activities. Santa was crowding out Christ in our Christmas.

Santa was getting too much attention in our house and it often felt like we were tacking Jesus on.

So we started a family Advent tradition that helps us keep a Christ-focused Christmas. Our Advent book helps us tell the real Christmas story as we build a manger scene piece by piece each day. Reading the prophecies and events of Jesus’ birth has made December a season of worship focused on the One reason for the season

Advent means arrival, from the Latin “to come.” It’s how believers have celebrated the Christmas season for centuries.

Advent keeps the weeks leading up to Christmas Day focused on the real Christmas story--that God himself took on the flesh of an infant and dwelt among men to pay for our sin and secure our salvation.

Why would we ever want to make Christmas about anything else?

2. Santa meant convincing my kids a fairy tale is true.

Santa has become the stuff of legends. We actually know very little about St. Nicholas (called Santa Claus, Kris Kringle or Father Christmas) who was a fourth century monk.

We tell our kids Santa lives in the North Pole where he spends all year making toys for children. On Christmas Eve, he loads up his sleigh driven by magic reindeer to make a whirlwind worldwide trip, stopping at each house to go down the chimney and leave gifts under the tree. We elaborate to fill cracks in the story and keep it alive by telling our kids Santa only comes to those who believe.

And then one day, our kids hear on the school bus that it’s all a lie.

It’s an elaborate ruse we’ve been pulling for the first nine years of their life. But here’s the thing: if they can’t see Santa and he’s not real, it’s one short step for our kids to conclude they can’t see God either so He must not be real.

How will my kids trust that what I teach them about God is true when I’ve concocted stories of the Easter bunny, Tooth Fairy and Santa? Maybe they can separate them; maybe they can’t.

But I want my kids to trust what I teach and the answers I give are based on truth. 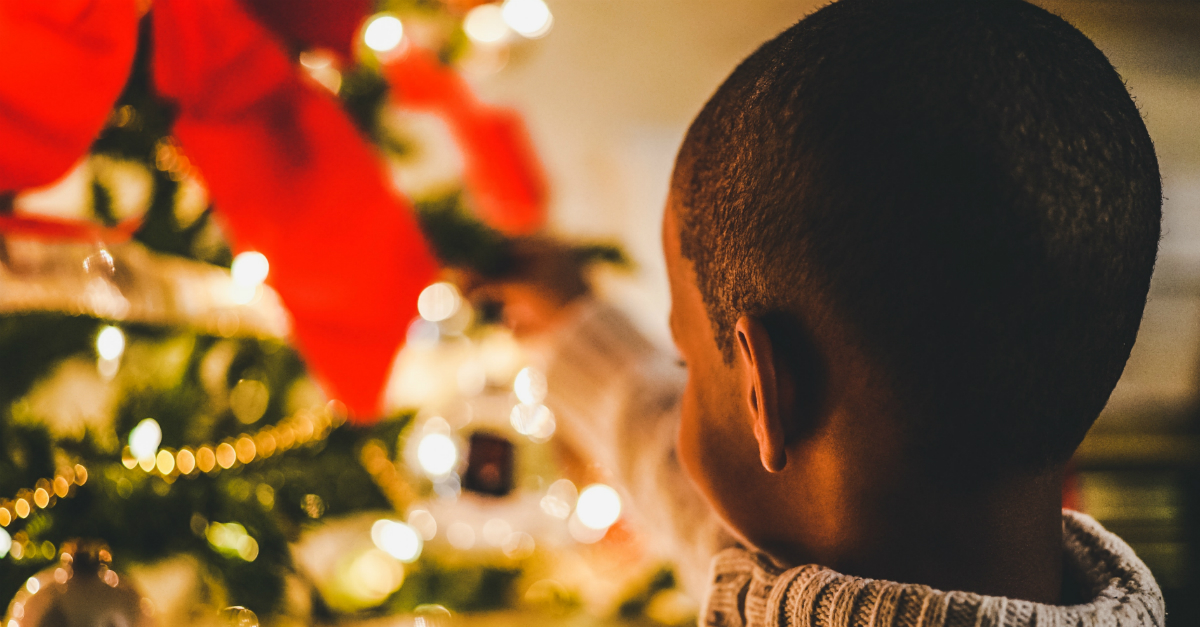 3. Santa made my kids materialistic.

One day, I walked into our family room and saw my three- and four-year old sons sitting in a recliner together with Christmas catalogs across their laps. Our mailbox was daily filled with catalogs and they’d picked one displaying the anything and everything a child could want.

They each had a pen and were carefully circling just about every toy on every page. Who had taught them that, I wondered? I realized then how easily our culture creates little consumers with big wants.

I know Santa doesn’t make us greedy; anyone with kids knows we’re born wanting things and that’s true regardless of the time of year or the place we live. But the Santa culture fuels it.

Santa is the backbone of a massive retail economy and we’re the targets. Santa keeps Christmas focused on what shows up under the tree. That’s the climax to which all of December is pointing. We even use it to get our kids to behave.

Want Santa to come? Better be good or you’ll get coal in your stocking, we tell them. Saying no to Santa has helped us curb the retail crazy, enjoy the gifts but stay focused on Jesus.

4. We bring gifts because of Jesus--Not Santa.

Jesus modeled generosity, compassion and gift giving. John 3:16 says that God so loved the world that He gave his one and only Son that whosoever believes in Him should not perish but have eternal life.

Tt’s why we have Christmas! And we give at Christmas because God first gave to us.

We don’t need Santa to model gift giving for us. We can teach our children to give to needs around them. From local ministries to buying needed resources for an overseas ministry, Christmas is a great time to see and meet the needs of others.

It’s also a great time to make something for neighbors or share appreciation with teachers and coaches. Many parents adopt a three-gift custom since three wise men brought gifts to Jesus. Our gifts celebrate the best gift ever given--Jesus, our Savior.

5. Santa gets all the credit, and removes your love from the equation.

Okay, admittedly, this one is a bit self-focused. And it’s the least important of the reasons we decided not to do Santa. But years ago, after saving up for Christmas and choosing things that would make my kids’ eyes light up and then trading sleep to put the play kitchen together on Christmas Eve, I realized Santa was getting all the credit.

I didn’t want the credit, but I did want my kids to know how much I loved them. I wanted my son to know I believed in him enough to get the hockey goal and my daughter to know I’d seen how she’d looked at the American Girl doll.

After my husband died suddenly one year, it became even more important. That first Christmas was brutal, but writing “from Dad and Mom” on each gift tag was a forever reminder to my kids that their dad loved them.

I don’t regret saying no to Santa. I want to worship Christ at Christmas and that won’t just happen on its own. It takes intention.

In this busy, distracting world, saying no to some things helps me say yes to Jesus.

Lisa Appelo is a speaker and author of Countdown to Christmas: Unwrap the Christmas Story with Your Family in 15 Days. She’s a widow and single mom to 7, passionate about rich Bible study and inspiring women to anchor deep faith and find hope in the hard. Find her encouragement for faith, grief and hope at LisaAppelo.com.