What Is the Significance of Rewards and Crowns in the Bible?

Isn’t it amazing that those who have surrendered their lives to Jesus Christ as Lord and Savior will not only go to heaven, but will be rewarded for things that they’ve done for Christ? This, of course, is subject to conditions that only God knows...possibly because He knows our heart’s motivations.

In some cases, intended rewards might be lost due to matters such as inattention, fears about the character of God, a greater love for worldly things, sloth, or unbelief.

Nevertheless, rewards and crowns are promised in the Bible. In Matthew 6:19-21, Christ exhorted believers to “store up treasures in heaven,” not the treasures of earth. In Galatians 6:9-10, the Apostle Paul speaks of the harvest that we will reap if we do not give up doing good.

So with all this doing good, at some point, everyone wants to know what is going to happen to them when they stand before Jesus during the final judgment. For believers, this judgment involves rewards (or lack thereof) in heaven for how they lived after they were saved.

What Are Biblical Rewards and Crowns?

Might they include ongoing, closer proximity to the Lord or perhaps greater positions of responsibility? And are the rewards the same as the crowns that will be awarded?

Why would God not tell us what they are and how to get them? The answer may be the same as to why He doesn’t tell us many other things this side of heaven. Perhaps in the not knowing, we become motivated to give more attention to the matter.

Perhaps God’s silence is meant to encourage us to follow the example of the Apostle Paul, who wrote about pressing on “to take hold of that for which Christ Jesus took hold of me...to win the prize for which God has called me heavenward” (Philippians 3:12-14). The King James Version refers to it as “the high calling of God.”

As fallen creatures, our set point is to manipulate people—even God (as if that were possible). If He were to reveal all the criteria for receiving rewards, our tendency might be to perform such criteria as a way of manipulating God’s decision rather than being motivated to do so by a genuine love for Him.

It’s like when a child cleans up their act just before Christmas as a way of maneuvering his/her parents into being positively disposed toward giving them everything they want. Once again, the focus is on the rewards rather than the One who rewards. 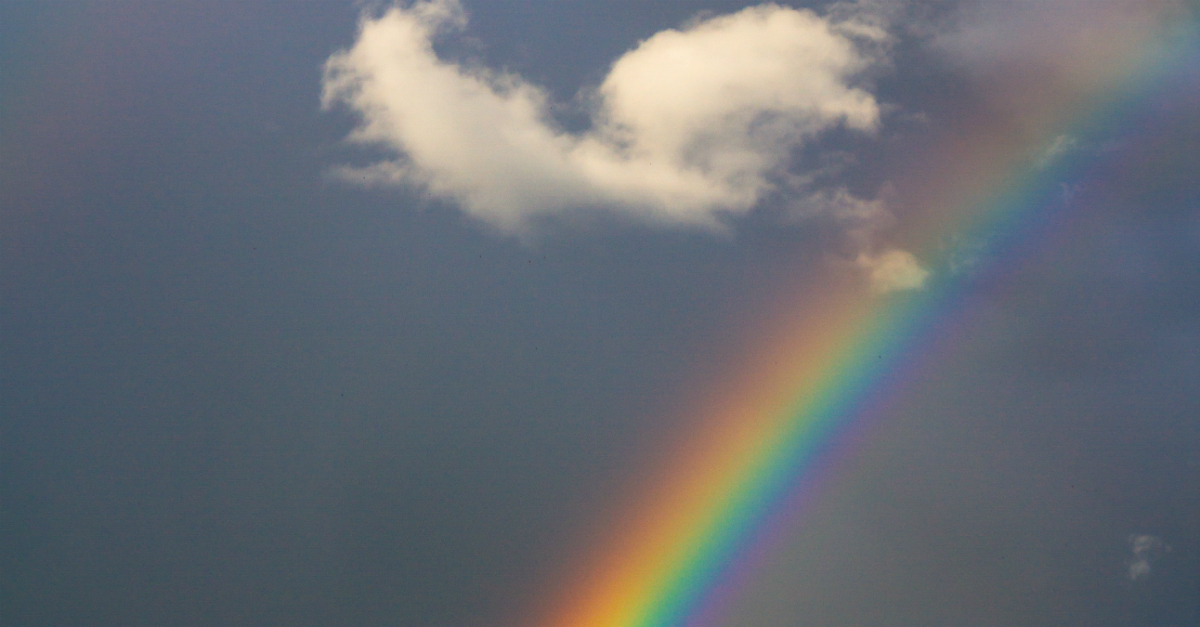 14 Rewards Promised in the Bible

3. For conducting ourselves well

5. For being kind to the poor

6. For being persecuted because of Him

8. For doing acts of righteousness for the praise of God rather than men

9. For loving your enemies, lending to and doing good to them without expectation

10. For actions found to be of good quality in God’s sight

12. For standing your ground during persecution and suffering with confident perseverance

13. For choosing to suffer mistreatment for God’s sake

14. For faithfully continuing in the teaching of Christ 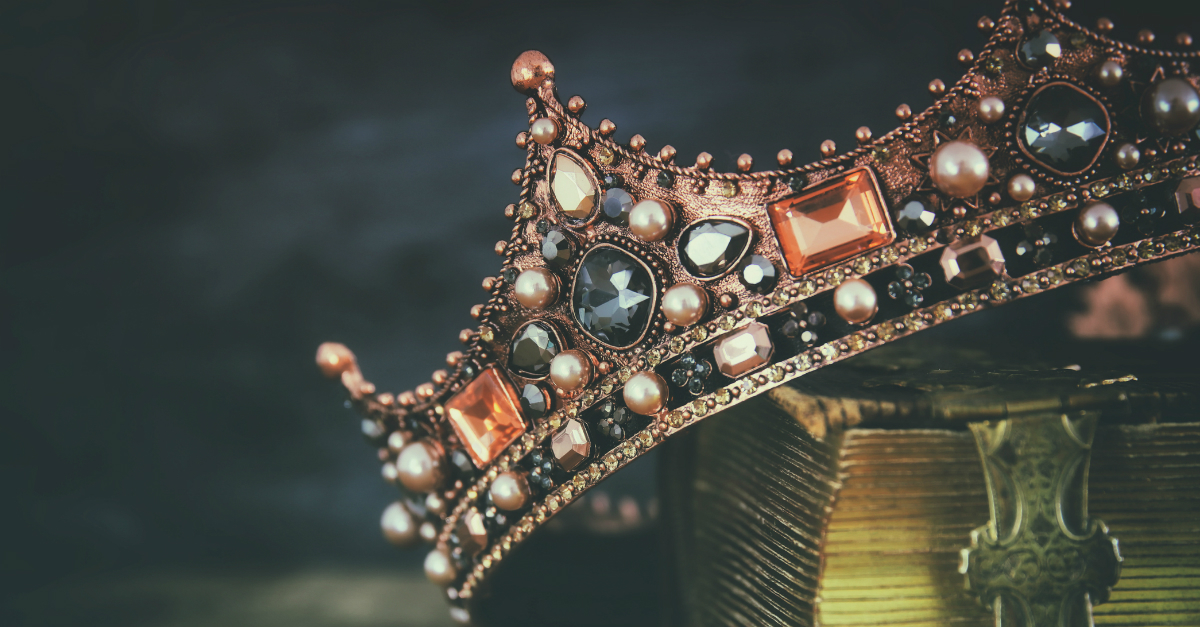 13 Crowns Promised in the Bible

1. For those who delight the Lord by being humble

2. For those who esteem wisdom

Crown: a crown of splendor (Proverbs 4:9)

3. For those who lead a righteous life

4. For the ransomed of the Lord who walk in the way of holiness

5. For the poor, brokenhearted, captives/prisoners, mourners who are oaks of righteousness

6. For those who compete (for the sake of the gospel) in the game (of serving the Lord) after strict training

Crown: a crown that will last forever (1 Corinthians 9:25)

7. For those who act like a “brother” to other believers

8. For those who have “fought the good fight, finished the race and kept the faith,” as well as for “all who have longed for His appearing”

Crown: a crown of righteousness (2 Timothy 4:8)

9. For those who have persevered under trial and stood the test

10. For those who have remained faithful unto death during trials and persecutions

11. For those church elders who have been faithful as godly examples over their flock

12. For elders (the heads of the 12 tribes of Israel and the 12 Apostles) who are seated before the throne of God

13. For running the race

In 2 Timothy 2:5, the Apostle Paul gives an example of an athlete, who after having endured hardship and running the race according to the rules, receives a “victor’s crown.” Then in 2 Timothy 2:12, he completes the thought by saying “if we endure, we will also reign with Him (Jesus).”

So the purpose of at least one of the crowns is for “reigning with Him.” This may be related to Paul’s statement in 1 Corinthians 6:2-3 that at least some of us will judge the world—even angels.

Why Cast Our Crowns before Him?

In his vision of the throne room of heaven, the Apostle John sees 24 elders falling down before God in worship, casting their crowns before Him (Revelation 4:10).

The scene is picked up by songwriter Reginald Heber in one of the greatest hymns of all time, “Holy, Holy, Holy, Lord God Almighty.”

In one line, he writes:

Holy, Holy, Holy! All the saints adore Thee, casting down their golden crowns around the glassy sea.

There are two possible reasons we will cast our crowns before Jesus:

1.   According to Colossians 1:18, Jesus is our head and we are His body, so that in everything He might have supremacy. Thus, all that we have done in righteousness will have been done by Him by means of His guidance, power and inspiration. He is the source of our crowns.

2. Similarly, as God of glory and Creator of all that is, (Colossians 1:15-16; Ephesians 3:9; Revelation 4:11; Revelation 10:6), He deserves the glory for it all! Casting our crowns before Him is an acknowledgment that ultimately God alone is the source of all that is praiseworthy.

It wouldn’t surprise me, however, that based on His unfathomable generosity, once we have cast our crowns before Him, He will return them to us. He is abundantly loving with His rewards.

In Revelation 3:11, Jesus says that for those who have endured persecutions patiently and have thereby overcome them, “I will keep (them) from the hour of trial that is going to come upon the whole world to test those who live on the earth.“ He then indicates that for having thus held on to what they have, their crown will not be taken away from them.

Crown Him with Many Crowns!

Similarly, in Revelation 19:12, Jesus is described as having eyes like blazing fire, with many crowns on His head.

The rewards and crowns that we receive upon meeting the Lord will be ours for all eternity. Though you may have earned them on earth, they are gifts of loving gratitude, shared by the One who made it possible to earn them—the glorious One from whom comes everything (1 Corinthians 8:6; Colossians 1:16-20; Romans 11:35-36).

In 1852, Matthew Bridges paid tribute to this fact by penning the hymn, “Crown Him with Many Crowns.” In praise of the King of Kings—our Lord Jesus Christ—let us meditate on his words.

Crown Him with many crowns, the Lamb upon His throne; Hark! how the heav’nly anthem drowns all music but its own! Awake, my soul, and sing of Him who died for thee, and hail Him as thy matchless King through all eternity.

Transformed Into His Image and Love Hunger and is the founder/director of Pure Passion Media (www.PurePassion.us). His newest book is  The Sexual Healing Reference Edition. You can listen to his twice-weekly podcast by going to charismapodcastnetwork.com.