We don’t often equate anger with righteousness. But even Jesus flipped tables in the New Testament when experiencing something known as righteous anger (Matthew 21:12).

What Is Righteous Anger?

Righteous anger stems from an anger that arises when we witness “an offense against God or His Word.”

For instance, many Christians reacted to a Netflix show that featured a homosexual Jesus. Because this is blasphemy, righteous anger was the correct response in this case.

This article also makes a great distinction between righteous anger and unrighteous anger. Righteous anger cares about others. It attacks the sin instead of the sinner. Like a doctor trying to destroy any trace of a disease, we point out something incorrect about one’s thinking or actions to bring them back to the path of righteousness.

Righteous anger doesn’t seek to hurt. Love doesn’t retaliate. Righteous anger stems from love because it recognizes that someone’s actions or words stray from the path of righteousness. And love desires to bring someone back to the truth.

Expressing righteous anger should be a last resort, though, not a first. Even though, yes, Jesus flipped tables, he spent a great deal of his ministry turning the other cheek (Matthew 5:38-40).

What Righteous Anger Is Not

Righteous anger doesn’t blast others in the comment section, especially fellow brothers and sisters of Christ, especially over a non-essential doctrine (such as what type of worship style should a church play).

Righteous anger doesn’t cause division or hurt someone, even if unintentionally, to prove you are right. 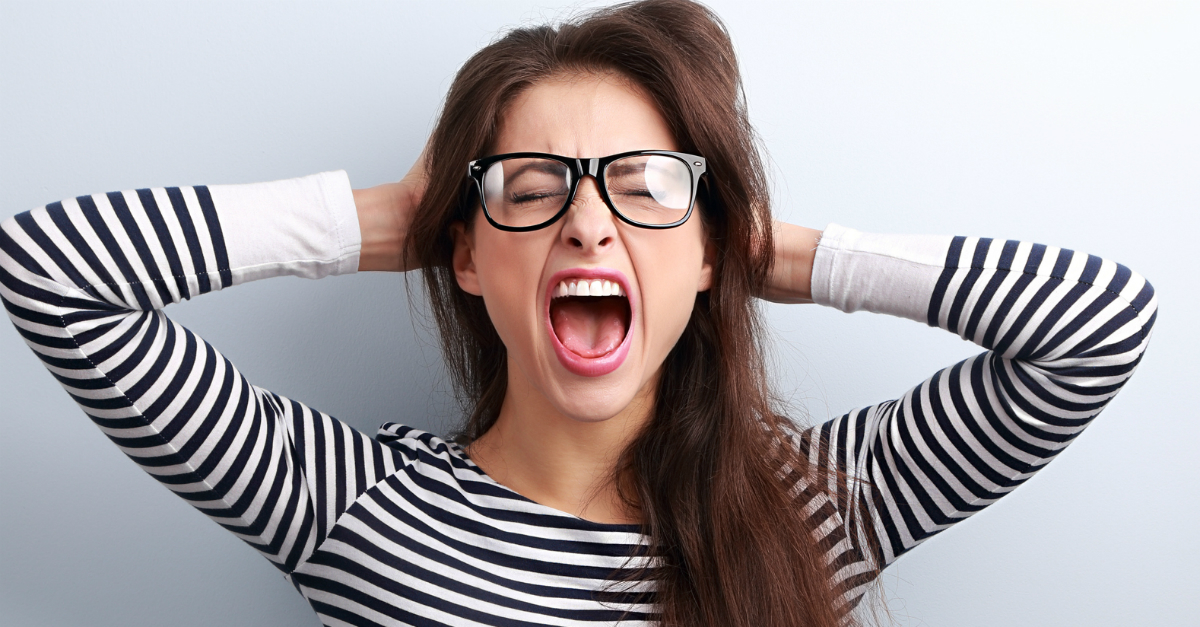 What Is Unrighteous (or Sinful) Anger?

It’s very easy for anger to become unrighteous. Although anger in itself isn’t a sin, acting upon it, in many circumstances, can be.

The Association of Biblical Counselors explains there are three faces of anger: explosive, brewing, and embittered.

All those types of anger can lead to sin.

For instance, explosive anger can cause us to say hurtful things. Consumed by our anger, we don’t temper our words and end up maiming others in the process.

Stewing anger and embittered anger can blow the situation out of proportion in our minds. Sitting with the anger longer than a day (Ephesians 4:26), can cause deep rifts in a relationship and more likely cause us to sin, the longer we percolate in our anger.

Even if we have the best of intentions, sinful anger opposes love, kindness, and respect.

When we experience anger that we know will cause us to sin, we should reconcile with the person whom our anger is directed. We should not let the sun go down on our anger, and not sit with it long enough to let it grow out of proportion.

What Does the Bible Say About Righteous Anger?

We see some examples of people throughout Scripture who exemplify righteous anger. In addition to the example above of Jesus flipping tables in the temple, as moneychangers had defiled his Father’s house, we find some other people who show indignation in Scripture.

Most prominently, God shows righteous anger (1 Kings 11:9-10) whenever his people stray after idols and pursue paths of wickedness.

Nehemiah experiences righteous anger when he discovers the abuse of poor people in his community (Nehemiah 5:6).

About righteous anger, the Bible says:

Anger isn’t sin, but we shouldn’t let the sun go down while mad (Ephesians 4:26). In other words, we should reconcile the day of when someone wrongs us.

We should be slow to anger (James 1:19), using anger as a last resort.

We do have to keep in mind, Scripture says more about speaking in love and refraining from anger than it does showing us righteous anger. We should pursue gentleness and respect above all else, even when faced with anger. 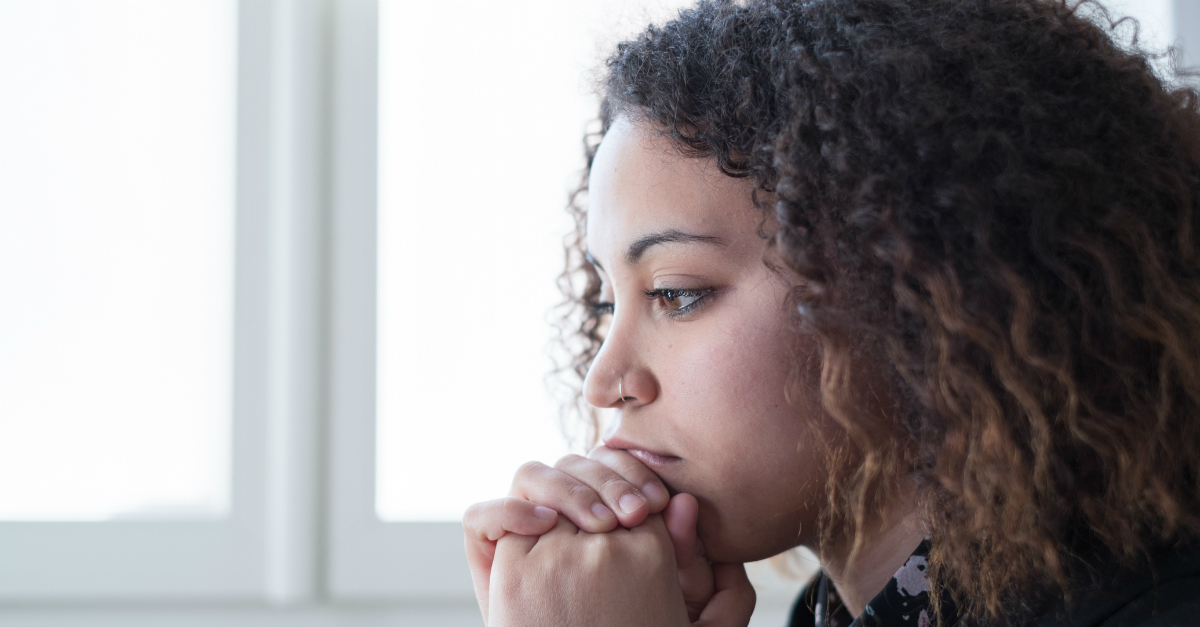 How Can I Know I’m Experiencing Righteous Anger?

How do we know the anger we feel is righteous, and not just anger that can cause us to sin?

We have to evaluate what has caused us to be angry. Is it a severe injustice such as sex trafficking, pornography, abuse, or other wrongs that hurt humanity, such issues should bring about a righteous anger.

After all, Micah 6:8 does call us to seek justice as well as love mercy.

Righteous anger brings about a certain redemptive action. We see a wrongdoing and seek to make it right via redemptive means. We may see an injustice and create a ministry to help those who experience that injustice to heal and learn about Christ’s love.

It’s important to consider what can result from our anger. Will our anger produce actions that intend to make the world a better place and help bring people to hear the Gospel, in a loving way? Or will our anger retaliate, isolate, and cause someone to potentially stray away from the faith because of our actions?

How Can I Avoid Unrighteous (Sinful) Anger?

If our anger will cause the latter above, we should seek to squelch it at all costs. But how do we do so?

Speaking as someone who feels emotions intensely, including anger, here are some constructive ways to better manage sinful anger:

Spend time with God. The more we realize how much grace God has extended to us, the less we harbor anger and resentment against others (Matthew 18:21-35). Jesus calls us to forgive because he first forgave us.

Exercise thanksgiving. The more we understand how much God has given to us in our lives, the less we want to hold bitterness against a fellow brother and sister. Find things to be thankful for.

Do not let the sun go down holding on to unconfronted anger. If someone has wronged you, confront them about the offense in love the day they have sinned. The longer you hold an offense against someone, the more your mind will warp, inflate, and incense the event in your mind.

Although anger doesn’t always directly lead to sin, we do need to understand what actions our anger will cause. If we think we are experiencing righteous anger, we should exemplify redemptive acts.

However, more often than not, if we experience sinful anger, we should remind ourselves of the goodness and grace of God. If he can forgive, so can we.

Hope Bolinger is a multi-published novelist and a graduate of Taylor University's professional writing program. More than 1,200 of her works have been featured in various publications ranging from Writer's Digest to Keys for Kids. She has worked for various publishing companies, magazines, newspapers, and literary agencies and has edited the work of authors such as Jerry B. Jenkins and Michelle Medlock Adams. Her modern-day Daniel trilogy is out with IlluminateYA. She is also the co-author of the Dear Hero duology, which was published by INtense Publications. And her inspirational adult romance Picture Imperfect releases in November of 2021. Find out more about her at her website.