Although the precipice of a new year can bring about many a resolution, it can also bring about feelings of resentment and hurt. Maybe last year left us battered and bruised.

Maybe a friend found a significant other whereas we entered the new year without a husband or wife. Perhaps all that we wanted to accomplish in the past year never came to fruition, whereas our friends seemed to collect accolades every other week.

No matter what the case, we all will encounter seasons where we can’t seem to get a break and where our friends can’t seem to hit a snag in the road.

During such periods, how do we learn to celebrate their accomplishments and happy moments when we find ourselves stuck in the mire of our trials and tribulations?

The article will cover people in the Bible who found themselves in similar situations, some practical ways to be happy for your friends amid difficult circumstances, and why this ultimately matters in our spiritual walk.

Not surprisingly, we find many people throughout the Bible who encountered tough times, but did they ever have friends who simultaneously weren’t exactly in a rut? Let’s dive into the biblical characters who exemplified this.

We also see several examples of people who did not handle their friend’s prosperity all that well. Their covetous often got the best of them. Let’s examine both types of examples.

Although we have no indication of the prosperity of Job’s friends, we do know that Job, prior to his afflictions, had a great deal of wealth (Job 1). During that period of history, most people would not spend time with those outside of their social strata.

We can assume Job’s friends weren’t poor and destitute.

Imagine Job’s frustration after he lost his family, his land, his servants, and his health, for seemingly no reason. He had not sinned, after all.

Meanwhile, his friends, who likely weren’t blameless, went on with their happy lives, happy families, and good health.

Nevertheless, Job does not curse God for relinquishing his blessings while his friends enjoy theirs. He continues to praise God and trust in him.

Barrenness had different implications back in Old Testament times. People thought that if you were barren, God had essentially withheld a blessing for you for some reason (perhaps you had sinned in the past, 1 Samuel 1).

Hannah had given no indication of a sinful life, and yet, God had not blessed her with a child.

To make matters worse, her husband’s other wife, Penninah, taunts her ruthlessly because of her barrenness (1 Samuel 1:7).

Although Hannah may have felt that she had every right to retaliate, and may have felt abandoned by God since he chose to bless Penninah instead of herself, she does not seek revenge, and instead, turns to the Lord in prayer.

It’s hard enough to be happy for the success of friends, when you’ve had none in the past several months, but even harder when it comes to competing with a sister.

Leah’s sister Rachel had everything: looks, charm, and had won the affections of Jacob (Genesis 29:18). He loves her so much that he willingly does seven years of work to earn her hand in marriage.

So when Leah ends up married to Jacob instead of Rachel, Jacob neglects her and works another seven years to get the bride he originally wanted.

Leah doesn’t spurn or curse her sister or her scornful husband, even though he only spends a week with her before marrying her sister and loving Rachel far more than Leah.

We’ve encountered mostly positive examples so far of people who did not seek revenge or retaliate when God blessed a friend or family member and left the other person wanting.

But what does it look like when a person in the Bible doesn’t handle the distribution of blessings well?

First, Cain, the son of Adam, gets jealous of his brother Abel when God accepts Abel’s sacrifice and not Cains (Genesis 4:4).

Instead of asking God on how he could improve his sacrifice (Abel gave the best portions; Cain did a half-hearted job), he lets his jealousy get the better of him and ends up killing his brother in the process.

We see another example of envy gone wrong with King Saul.

When Saul didn’t exactly follow God’s instructions on how to lead properly (1 Samuel 15:9), God appoints David as the next King of Israel. Instead of taking the news well, like his son Jonathan did (1 Samuel 18:4), Saul tries to find ways to dispose of David.

David narrowly escapes and even spares Saul’s life in the process, but not after Saul leaves a great deal of carnage in his wake (1 Samuel 22).

As we see in the examples above, jealousy gone wrong can wreak havoc on friendships and lives.

So how do we practically celebrate the accomplishments of our friends when we don’t see any blessings in our future? 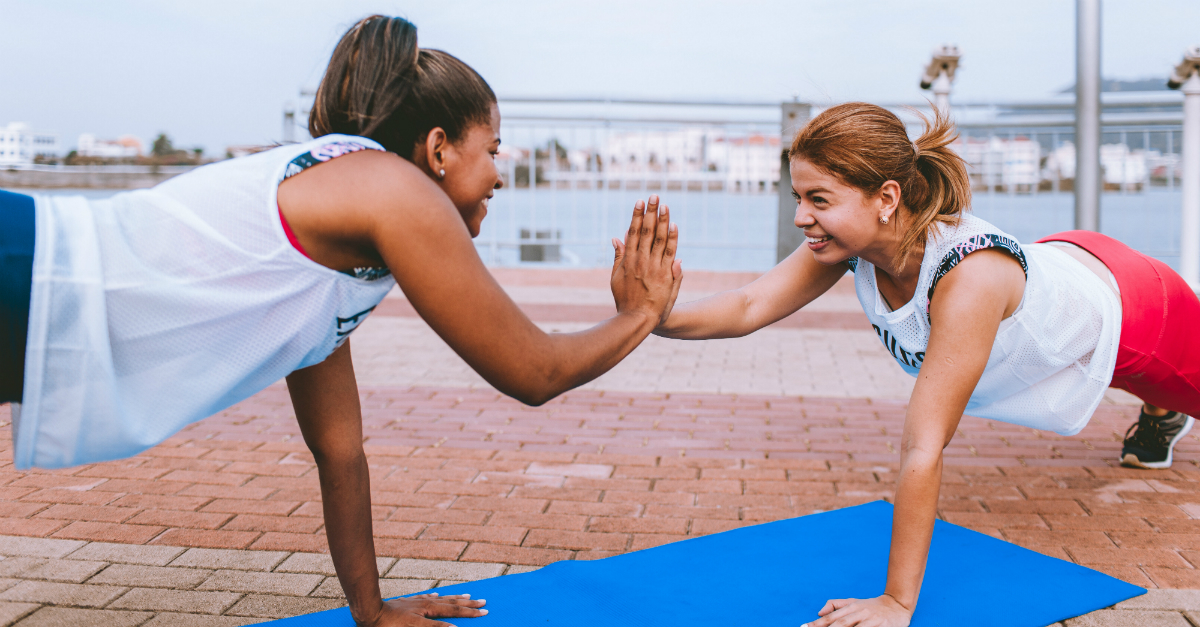 1. Trust God and His Timing

As we see in all the positive examples above, they turn to God when they see that little green-eyed monster of Othello.

We know that everyone will encounter different seasons (Ecclesiastes 3). Our friends who have encountered a bountiful harvest have experienced famine, or will in the future.

In the same way, we will encounter different times. Maybe we can’t see how God can use the broken pieces of our lives in the moment, but He is always on the move. He will not leave us or forsake us in the darkness.

2. Exercise Empathy for your Friends

Most often, friends encounter success after a season of great tragedy or sorrow.

For instance, in the life of my best friend, she found her significant other after a string of painful relationships. Although I would love to have a significant other like hers who love the Lord, I do understand how much torment she has encountered before she found the one whom her soul loves.

Know what sort of battles they have fought before these blessings and see how God was with them through both the good times and bad, not either or.

3. Watch God Move in Your Life (Even during the Hard Moments)

God doesn’t simply appear during the bright sunny spots of life. He moves every day of our lives

Keep a journal and mark down the little blessings you see every day. It can be as simple as, “I had three square meals today,” “I have a roof above my head,” “I am in good health.”

Jesus tells us to treat others how we’d want them to treat us (Matthew 7:12).

Nothing can put a damper on a relationship or friendship than when someone says, “I had this blessing happen to me!”

And you reply, “Gee, wish God would stop ignoring me, since he clearly isn’t ignoring you.”

Obviously, we word it a little differently. We give a weak smile and say, “That’s great,” with a tight voice. But friends can tell when we don’t approve of their blessings, since we hadn’t received ours.

But flip the scene around.

Imagine going through a terrible series of misfortunes, and at last, you receive a blessing you’d hoped for ages. You run to your best friends and relay the news, struggling to contain your smile.

Put yourself in their shoes when they relay the information and rejoice with them. Celebrate with them how you’d love them to celebrate with you when you at last receive an answer to prayer.

Why Does This Matter?

This matters because we can best exercise the Golden Rule by how we react to the good news of our friends, when we’ve had nothing but bad news in our lives.

We should build up the others in our kingdom and rejoice with them, knowing they too have encountered just as many trials along the way as we have.

Hope Bolinger is a multi-published novelist and a graduate of Taylor University's professional writing program. More than 1,200 of her works have been featured in various publications ranging from Writer's Digest to Keys for Kids. She has worked for various publishing companies, magazines, newspapers, and literary agencies and has edited the work of authors such as Jerry B. Jenkins and Michelle Medlock Adams. Her modern-day Daniel trilogy is out with IlluminateYA. She is also the co-author of the Dear Hero duology, which was published by INtense Publications. And her inspirational adult romance Picture Imperfect releases in November of 2021. Find out more about her at her website.