What Did Jesus Write on the Ground?

Again he stooped down and wrote on the ground. – John 8:8

It has long been a mystery what Jesus wrote on the ground the day the scribes and Pharisees dragged an adulterous woman before Him (John 8:3-11).

One day, as I was reading in Jeremiah, I was surprised to find the answer hidden deep in the Old Testament.

Why Did Jesus Write on the Ground?

The scribes and Pharisees had demanded that Jesus sentence the woman to death, as taught in Leviticus 20:10 and Deuteronomy 22:22-24.

[The NASB Study Bible notes that “they altered the law a little. The manner of execution was not prescribed unless the woman was a betrothed virgin. And the law required the execution of both parties, not just the woman”]

Spotting their trick, He stooped down and wrote something on the ground, saying:

If anyone of you is without sin, let him be the first to throw a stone at her. (John 8:7)

He then proceeded to write something else on the ground, after which they dropped their stones and walked away.

What Was it That Jesus Wrote on the Ground?

O Lord, the hope of Israel, all who forsake You will be put to shame. Those who turn away from You will be written in the dust because they have forsaken the Lord, the spring of living water. (Jeremiah 17:13)

I would like to offer that this passage seems to indicate that Jesus first wrote their names in the dust and perhaps then wrote a sin that they had committed next to their name.

According to the Venerable Bede, (as well as St. Augustine), when Jesus wrote on the ground with His finger, He was harkening back to the time on Mt Sinai when He had written the Ten Commandments on stone tablets with His finger (Exodus 32:15-16).

Jesus is the Author Who Writes and Fulfills the Law

In other words, the same finger that had written the Law back then was also the finger that was writing on the ground now.

Therefore, since He was the author of the Law, He was the One to properly interpret and execute it (Exodus 31:18; Deuteronomy 9:10).

Additionally, being the One who was soon to receive the penalty for the sins of the adulterous woman upon Himself, He had every right to extend grace and mercy to her.

It is interesting to note that in Luke 11:20, Jesus referred to the “finger of God” when He drove the demon out of a man who could not speak. The crowd had accused Him of driving the demon out by the power of Beelzebub—the prince of demons.

In response, and for those with eyes to see it, Jesus’ “finger of God” language indicated that He was the same God who wrote the Law on the stone tablets and was therefore God Himself. 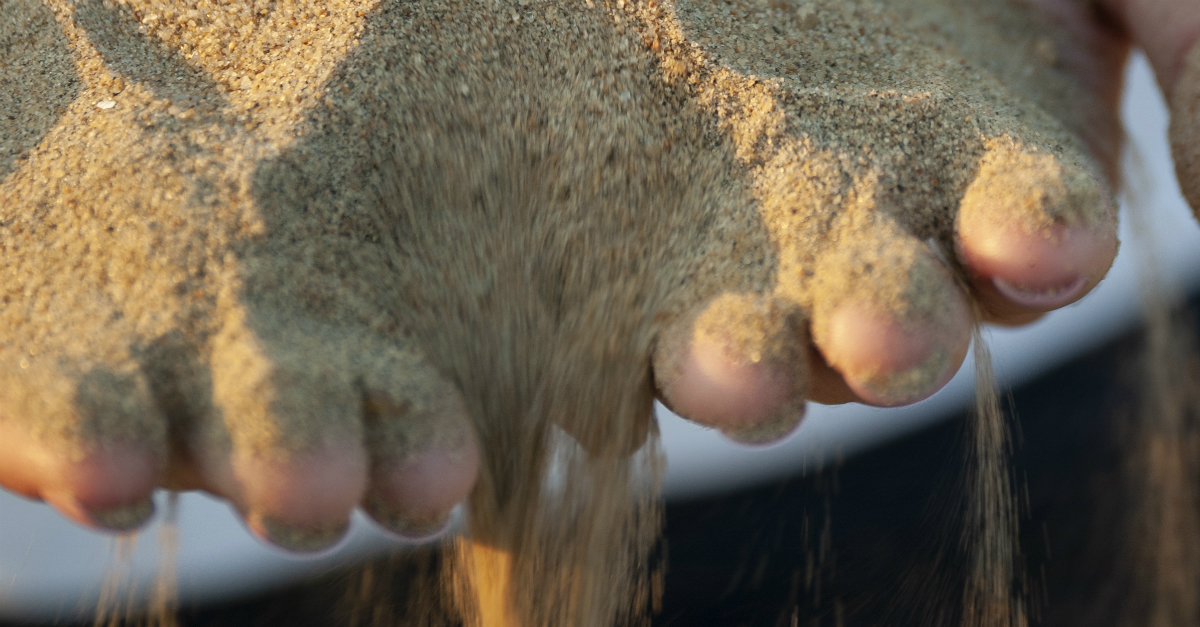 Jesus Is the Only One Who Can Judge Hearts

In the dust he sends the message that those who refuse mercy will not receive mercy (James 2:12-13), and, “Be merciful, just as your Father is merciful” (Luke 6:36).

That allows us to circle back to see one final message to the Pharisees:

That is the ultimate fulfillment of the Law.

You are a letter from Christ....written not with ink, but with the Spirit of the living God, not on tablets of stone but on tablets of human hearts. (2 Corinthians 3:3)

Dr. David Kyle Foster is the host of the Pure Passion Podcast and author of Transformed Into His Image and Love Hunger. He is also the founder and director of Mastering Life Ministries. Read more of his take on sin and brokenness in his newest book, The Sexual Healing Reference Edition.