Today’s Truth
Therefore, since we are surrounded by such a great cloud of witnesses, let us throw off everything that hinders and the sin that so easily entangles. And let us run with perseverance the race marked out for us… (Hebrews 12:1 NIV).

Friend to Friend
My son was fast, and he ran with a fast crowd. As a matter of fact, his entire track team was fast! In the ninth grade, Steven participated in the conference track meet, running the 1600 meters. (That’s four times around the big circle.) I was so proud of him as he ran like a gazelle around the first lap, about six feet behind the first-place contestant. But at the beginning of the second lap we saw an unidentified flying object soar over Steven’s head.

“What was that?” my husband asked.

“I think it was his shoe!” I replied with amusement.

All the fans were laughing and pointing as they noticed Steven’s left running shoe fly heavenward and land on the grassy field. But amazingly, Steven kept running and never missed a step. With one shoe off and one shoe on, he continued around the track. The atmosphere of the race lit with excitement, and the focus seemed to change. It became less about who would win and more about if shoeless Steven would make it to the finish line. Would he stop? Would he slow down? Would his sock stay on?

His teammates began to run around the track, cheering him on. “Come on, Steven! Don’t give up! Don’t slow down! Keep going!”

Surprisingly, at the urging of his teammates, Steven sped up. By the third lap, he had passed the first-place runner by several paces. But then, predictably, his sock started to work its way down the ankle and the toe was flopping like a loose sole of a worn old shoe. Undaunted, Steven ran on, sock flopping.

When Steven crossed the finish line in first place, the crowd erupted in applause and laughter. He had broken his personal best running time!

“Son, maybe you should have kicked off both shoes,” my husband chuckled. “No tellin’ how fast you could have run. You made your best time ever. What made the difference?”

“I knew everybody was watching me,” Steven answered. “It wasn’t just a race anymore; they were watching to see what I’d do. It made me go faster. It made me want to do better.”

All through our lives, we will notice friends, or “fellow runners” who have lost more than a shoe—they have lost their hopes, their dreams, and their will to finish the race. What will we do? What can we do? We can cheer them on by offering a timely word of encouragement and running alongside them shouting, “Come on, friend! Don’t give up! Don’t slow down! Keep going!”

Who knows, that friend may do more than simply finish the race. She may even take first place!

But what if you’re the one who’s lost hope in the race? Hear these encouraging words from God. “So do not fear, for I am with you; do not be dismayed, for I am your God. I will strengthen you and help you; I will uphold you with my righteous right hand (Isaiah 41:10 NIV).

And that’s not all. We have a cloud of witnesses cheering for us as well. Even though we may not hear them, the Bible tells us this: “Therefore, since we are surrounded by such a great cloud of witnesses, let us throw off everything that hinders and the sin that so easily entangles. And let us run with perseverance the race marked out for us, fixing our eyes on Jesus, the pioneer and perfecter of faith” (Hebrews 12:1-2 NIV). They’re not just spectators at the race, they are cheering you on! You go girl! Keep going even if you’ve lost your shoe.

Let’s Pray
Father, I’m tired today. I feel like I’ve lost a shoe in the race, but know I need to keep going. Help me to feel the cheering of the great cloud of witnesses surrounding me. And Lord, help me to be a cheerleader for my friends who need an extra word of encouragement today.

Now It’s Your Turn
Send an email or text to a friend or two to let them know that you are praying for them and cheering for them today.

Close your eyes and picture the heavenly host cheering for you!

More from the Girlfriends
Sharon’s re-released and updated version of her best-selling book and Bible study guide, The Power of a Woman’s Words: How the Words You Speak Shape the Lives of Others are hot off the press. They include new content, including a chapter on the power of a woman’s words to her adult children…it’s complicated! Perfect for your women’s ministry’s next Bible study! 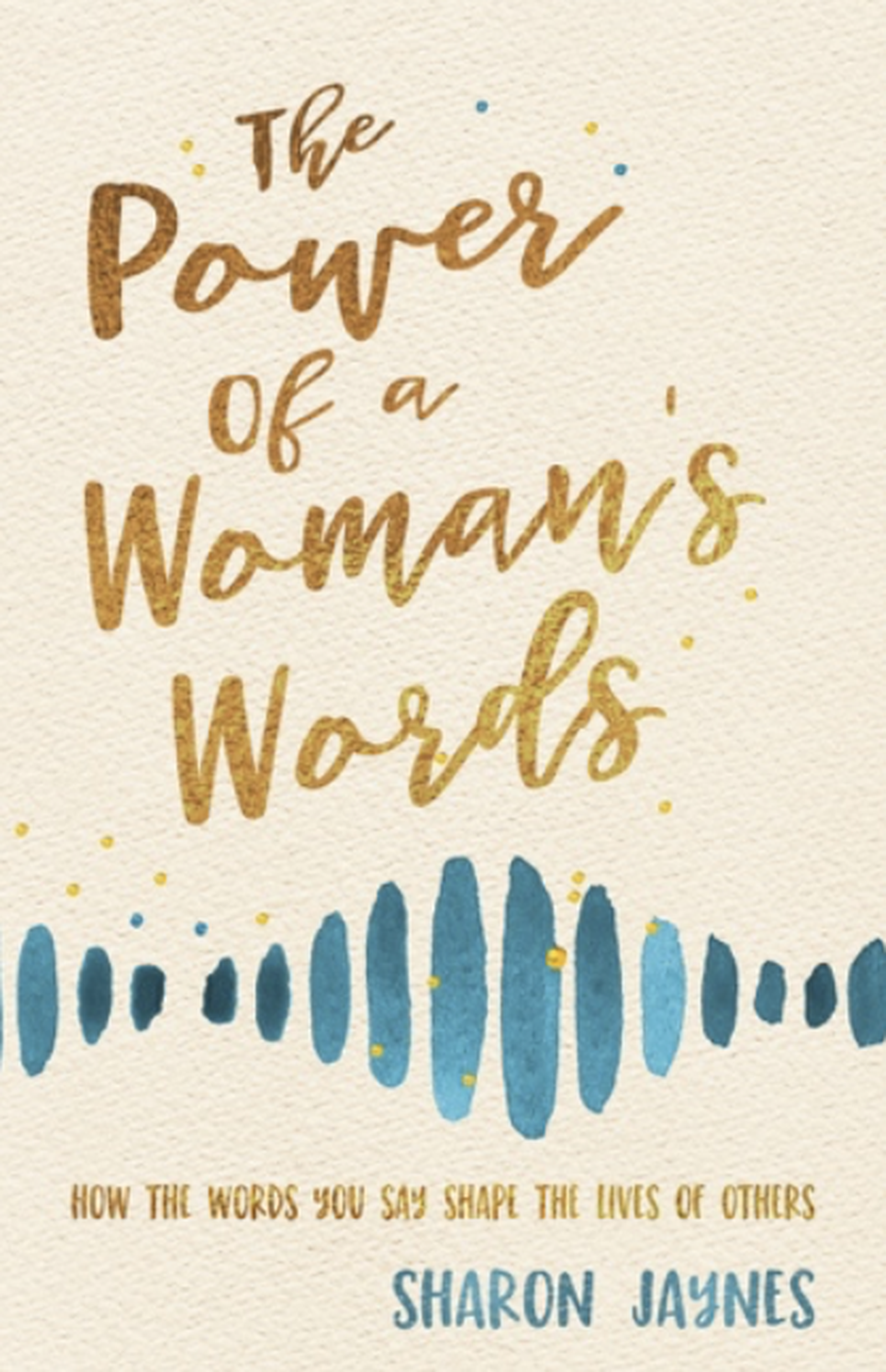 Words are one of the most powerful forces in the universe, and God has entrusted them to you! They echo in hearts and minds long after they are spoken. How will we use this gift? Your words can change the course of someone’s day…even someone’s life. Learn how to