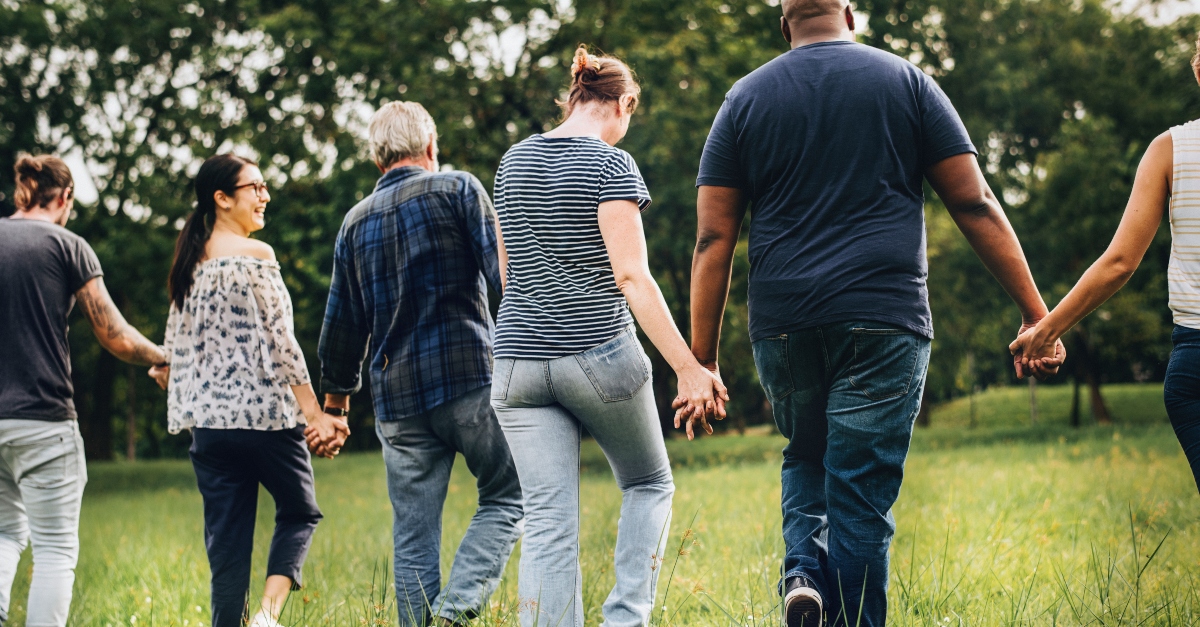 Scripture teaches that God created all human beings in his image. There is no exception to that, and being made in God’s image makes each person valuable and precious. There is no hierarchy of human beings demonstrated throughout Scripture. Jesus came so that all may be saved.

The Bible makes it clear that racism is wrong and entirely contradictory to God’s command to love our neighbors, His unconditional love, and the teachings of Jesus. 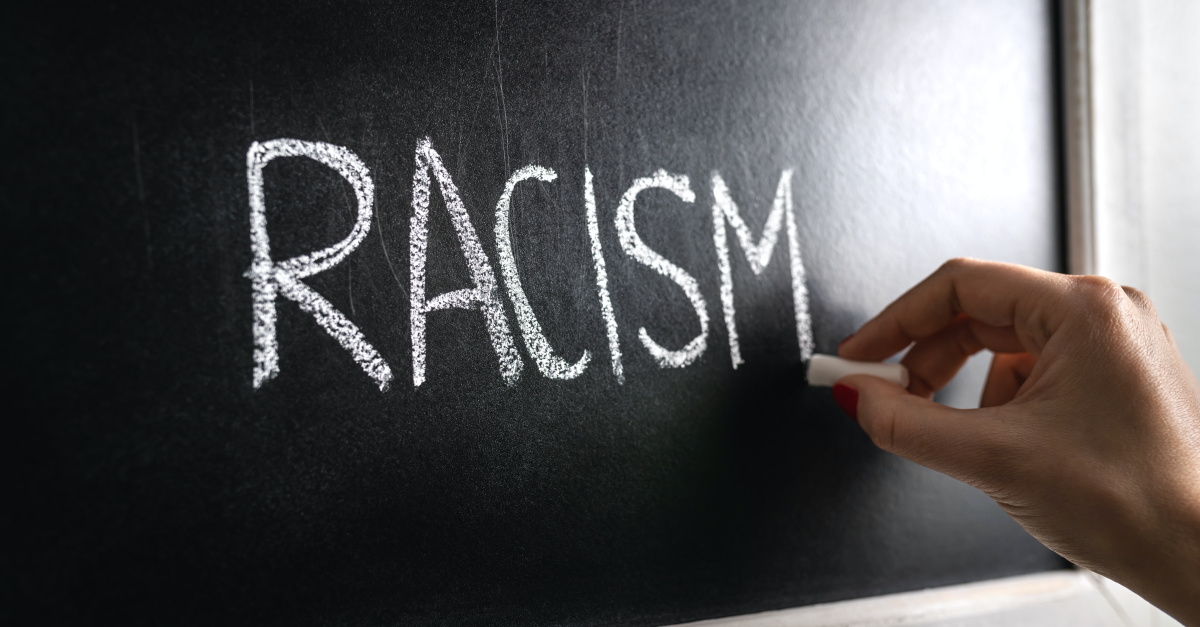 Racism is defined as prejudice, discrimination, or antagonism directed against someone of a different race based on the belief that one's own race is superior. Racism results in hatred, fear, and inhumane treatment toward someone because of the nation they’re from or the color of their skin.

But there are also other forms of prejudice that must be examined, for example colorism and xenophobia.

Colorism is a form of racism. It is defined as prejudice or discrimination against individuals with a dark skin tone, typically among people of the same ethnic or racial group. An example of this, explains an article by Time magazine quoting a 2006 study, is that employers are more likely to hire a lighter tone black man over a dark tone black man.

Xenophobia is defined as dislike of or prejudice against people from other countries. This, too, is a form of racism. Dislike or stereotyping of a whole nation is a grotesque form of racism that has caused wars and heinous acts against human beings.

Racism in all forms goes against clear biblical principles of love, compassion, and servanthood.

Does the Bible Mention Race or Racism?

“From one man he made all the nations, that they should inhabit the whole earth; and he marked out their appointed times in history and the boundaries of their lands” (Acts 17:26).

Scripture clarifies that there is one human race. God created humanity in His image. Yet we learn from the Bible that there are many different nations and ethnicities. These are some of the most mentioned nations in the Bible:

National and Ethnic Groups in the Bible 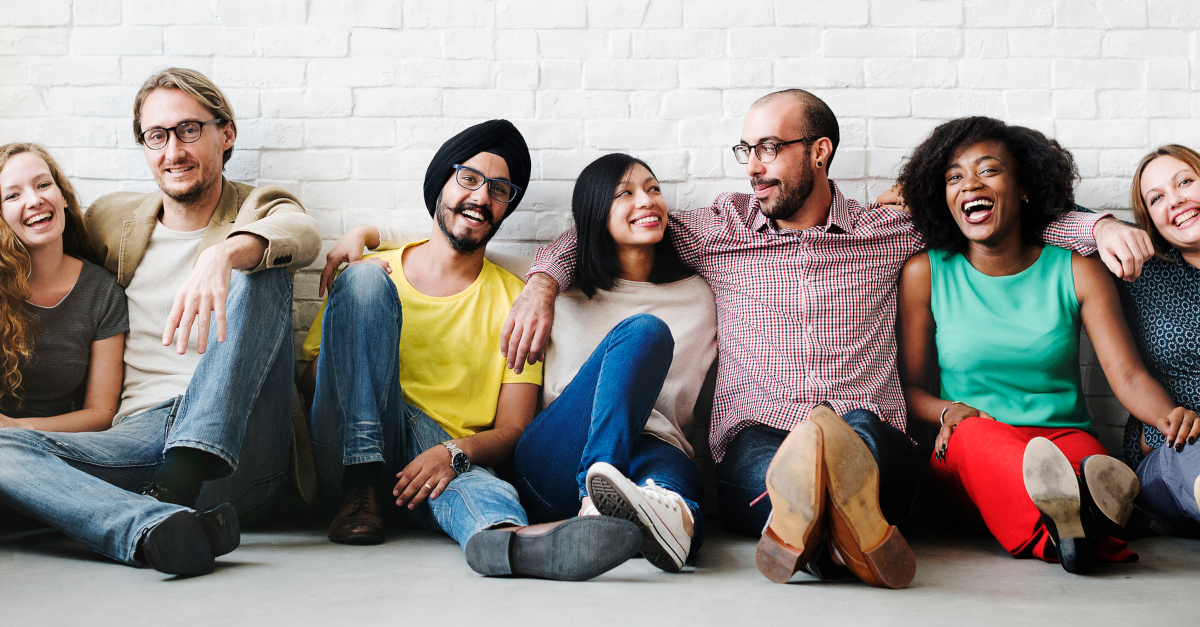 Arabs – In the Bible this term refers to peoples who were nomads in the Arabian deserts.

“It will never be inhabited or lived in for all generations; Arabs will not pitch their tents there, shepherds will not make their flocks lie down there” (Isaiah 13:20).

“Cretans and Arabs—in our own languages we hear them speaking about God’s deeds of power” (Acts 2:11).

Egyptians – This ethnic group inhabited the nation of Egypt and is mentioned often in Genesis and Exodus, but also appears in other parts of the Bible. It was the Egyptians who enslaved the Israelites for over 400 years.

“I will gain glory for myself through Pharaoh and all his army, and the Egyptians will know that I am the Lord” (Exodus 14:4).

“Behold, the Lord is riding on a swift cloud and comes to Egypt; and the idols of Egypt will tremble at his presence, and the heart of the Egyptians will melt within them” (Isaiah 19:1).

Greeks – Often mentioned in Paul’s writings, the Greeks were those who were from the nation of Greece. Many Greeks became followers of Jesus due to Paul’s ministry.

“And some of them were persuaded and joined Paul and Silas, along with a large number of the God-fearing Greeks and a number of the leading women” (Acts 17:4).

“For indeed Jews ask for signs and Greeks search for wisdom; but we preach Christ crucified” (1 Corinthians 1:22).

Israelites – Also known as Jews, the Israelites were God’s chosen people in the Old Testament. Jesus was Jewish, interacted often with Jewish leaders, and was the Messiah Jewish people had long-awaited.

“All these are the twelve tribes of Israel, and this is what their father said to them when he blessed them. He blessed them, everyone with the blessing appropriate to him” (Genesis 49:28).

“I ask, then, has God rejected his people? By no means! For I myself am an Israelite, a descendant of Abraham, a member of the tribe of Benjamin” (Romans 11:1).

Romans – The apostle Paul penned a letter to the Romans, those who were citizens of Rome, a place Paul longed to go in person to preach the Gospel and strengthen the church. Paul was also a Roman citizen.

“Meanwhile Jesus stood before the Roman governor, and the governor asked him, ‘Are you the king of the Jews?’ ‘You have said so,’ Jesus replied” (Matthew 27:11).

Does the Bible Prioritize Some Groups Over Others? 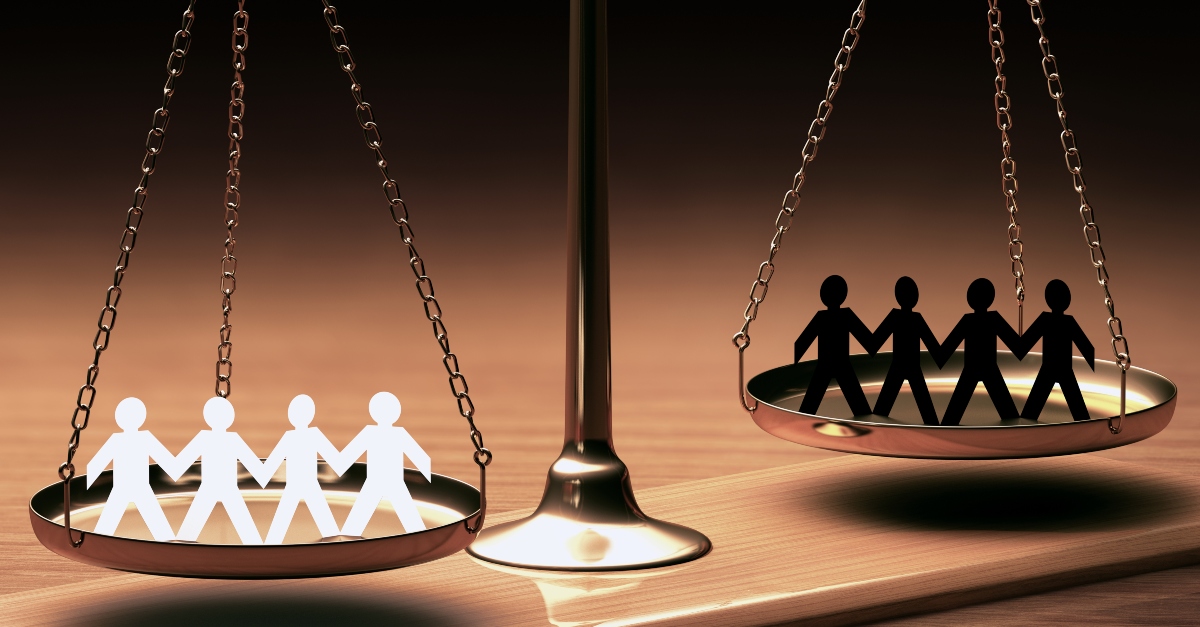 In the Old Testament, the Israelites were God’s chosen people. Through Abraham’s lineage, God established a new nation. A nation that God protected and guided. The Jewish people were given laws and commands that, as God’s people, they were instructed to obey for their own good. They were invited to follow God not only in action, but also in heart by having faith in a God that loved them and took care of them as a father.

The Israelites were God’s chosen people, but God’s love and care was extended to every nation. God doesn’t prefer one ethnicity or nation over another. For instance, God instructed Jonah to go to Nineveh and preach repentance so that the people there would be saved from destruction. There are also instances of converts in the Old Testament, those who were not Jewish who chose to follow God, such as Ruth or Zipporah.

“There is neither Jew nor Gentile, neither slave nor free, nor is there male and female, for you are all one in Christ Jesus” (Galatians 3:28).

God has always had open arms to the whole world. In Paul’s writing to the church of Galatia, we are challenged to consider how Jesus unites all of us as brothers and sisters, regardless of ethnicity or nation. God breathes life into every human being and everyone is fearfully and wonderfully made.

In the life and death of Jesus, we learn of God’s love, compassion, and mercy shown to all people. God sent Jesus to die for the entire world and instructed the disciples to go into all nations and share the Gospel so that every nation and generation could have the opportunity for eternal life.

How Did Jesus Respond to "Others"? 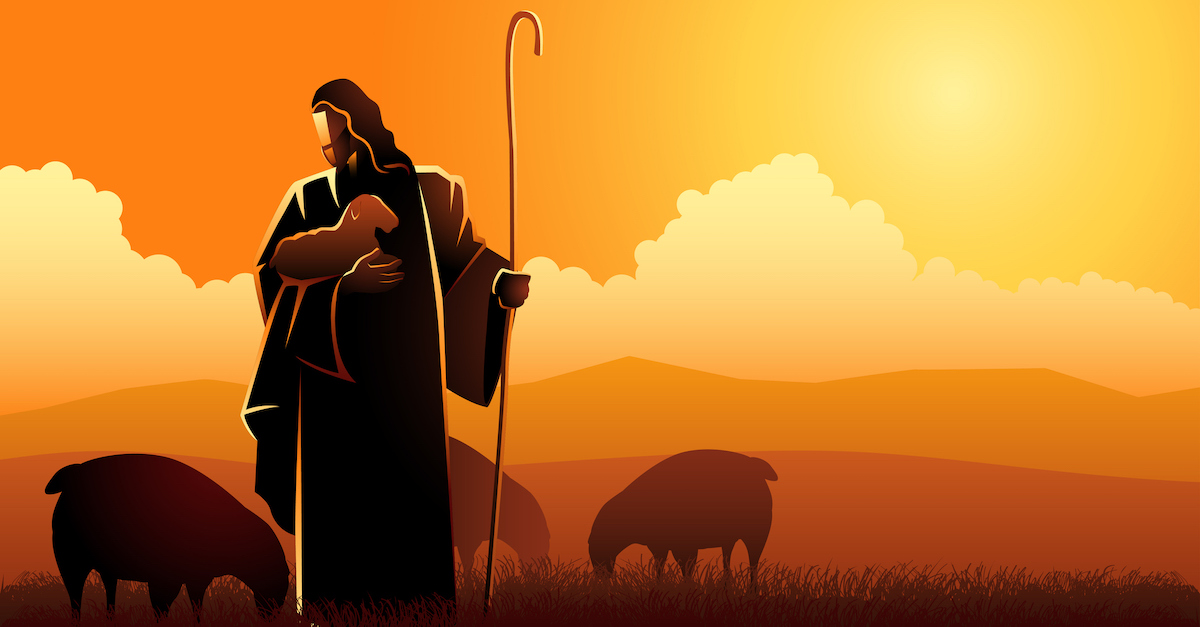 Jesus came to save the whole world, he confronted racism, and he commanded his disciples to preach to every nation. Jewish people believed that Samaritans were second class people who they weren’t supposed to talk to, touch, or even be in their presence. Jesus would have grown up knowing the hatred and division between Jews and Samaritans. Yet in two powerful accounts recorded in the Gospels, Jesus challenged the racism and prejudice that existed between Jews and Samaritans.

Jesus did the unimaginable when he approached the Samaritan woman at the well (see John 4). Jesus, a Jewish man, took time to speak with a Samaritan woman. He treated her honestly and showed her mercy, he told her that he was indeed the Messiah, and invited her into eternal life.

Jesus also shared a radical parable in which the hero of the story was a Samaritan (see Luke 10). Once again, Jesus spoke against the racism that existed between Jewish people and Samaritans through a powerful story. Jesus did not judge by appearances, or rank one person higher than another.

Jesus spoke to, interacted with, and ate with everyone because He loved everyone the same despite what they looked like or where they were from.

How Does God Feel about Racism?

“There are six things the Lord hates, seven that are detestable to him: haughty eyes, a lying tongue, hands that shed innocent blood, a heart that devises wicked schemes, feet that are quick to rush into evil, a false witness who pours out lies, and a person who stirs up conflict in the community” (Proverbs 6:16-17).

There is no passage that specifically answers the question of how God feels about racism, but Scripture gives us plenty of guidance about God’s love for all people, God’s hand in creation, and what the Lord does hate.

Pride, dishonesty, and conflict are found at the root of racism; all are evil that God hates. Racism leads to a plethora of injustices, discrimination, and outpouring of evil toward fellow human beings. When we judge the fruit of racism, we see that this only produces evil, pain, and strife.

In the New Testament, Paul wrote a powerful insight to the church of Ephesus:

“For he himself is our peace, who has made the two groups one and has destroyed the barrier, the dividing wall of hostility” (Ephesians 2:14).

Jesus tore down the divisions of hate and prejudice between groups that hated one another. Some of Jesus’ ministry on earth was aimed at opposing racism. Racism is a grave consequence of the fall, and part of the redemptive work that Jesus did was to begin deconstructing racist ideologies and challenging the evil of racism in the world.

How Should We Respond? 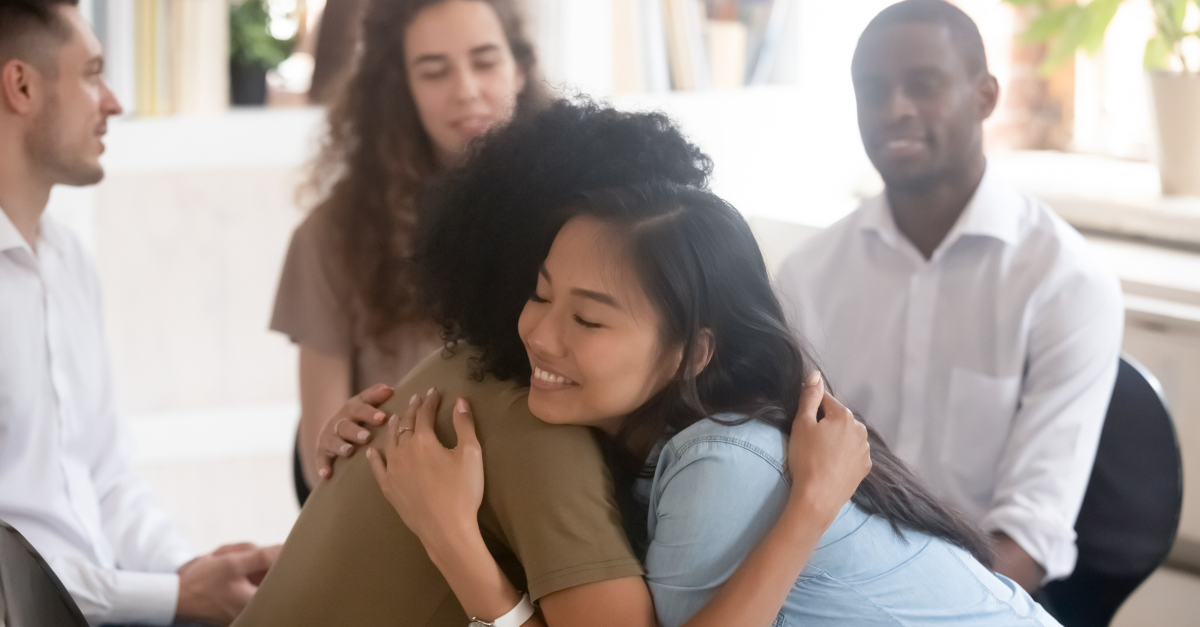 “After this I looked, and behold, a great multitude that no one could number, from every nation, from all tribes and peoples and languages, standing before the throne and before the Lamb, clothed in white robes, with palm branches in their hands” (Revelation 7:9).

Revelation gives us a glimpse into how God will wrap up history and usher humankind into eternity. What a glorious picture painted in Revelation of people from every nation in heaven, worshiping God, standing together as brothers and sisters in Christ.

God loves every nation, every person, and it is made abundantly clear in Scripture that racism is not compatible with Christianity. As Jesus spoke against racism, so should we. As God loves all peoples, so should we.