10 Ways to Love Those Who Leave Your Church

Have you ever winced upon learning that a long-time member has left your church?

Even harder, does that individual appear to doubt some or much of what he or she used to believe about God, the Bible, Jesus Christ, the Church, and the Christian faith?

If so, how did you respond?

Over the years, after making almost every mistake in the book, I’ve discovered and enjoyed using 10 counter-intuitive yet powerful steps…with amazing, God-blessed results.

I pray that’s your experience, too.

Love the former church member unconditionally. No matter what they decide, or where they go, never stop choosing love for them in your heart and in your actions. 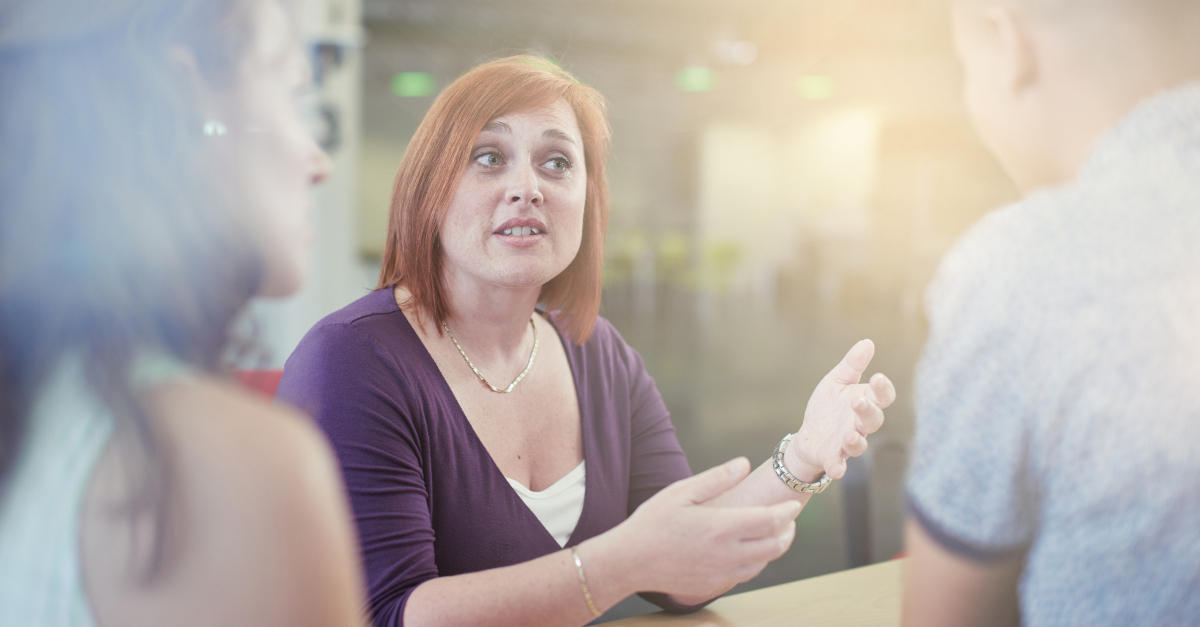 2. Listen to Their Story

Hardly anyone ever just asks, “What’s your story?” So, often people are caught off guard, and may put up an initial defense. But if you keep smiling, allow for silence, and then ask again, many will begin.

So, never hesitate to ask the most beautiful of questions.

When they tell, just listen. Don’t ask questions. Don’t interrupt at all, except to quickly affirm that you’re actively listening.

By inviting a former church member to tell his or her story, you learn more than a set of facts. If you listen carefully, you end up learning how they think, feel, and relate to others.

Even more importantly, a bond is formed when you resist the temptation to talk and instead simply hear that person’s story, no matter how long it is. Yes, it may mean missing your next appointment.

Refusing to react with shock, no matter what they say, will go a long way toward maintaining trust. Truth be told, we’ve all broken the Ten Commandments, at least in our heart.

Confession is good for the soul, so let the former member just talk. Don’t react to anything he or she says, no matter how ugly or angry.

They’re not angry at you, even if it sounds that way. 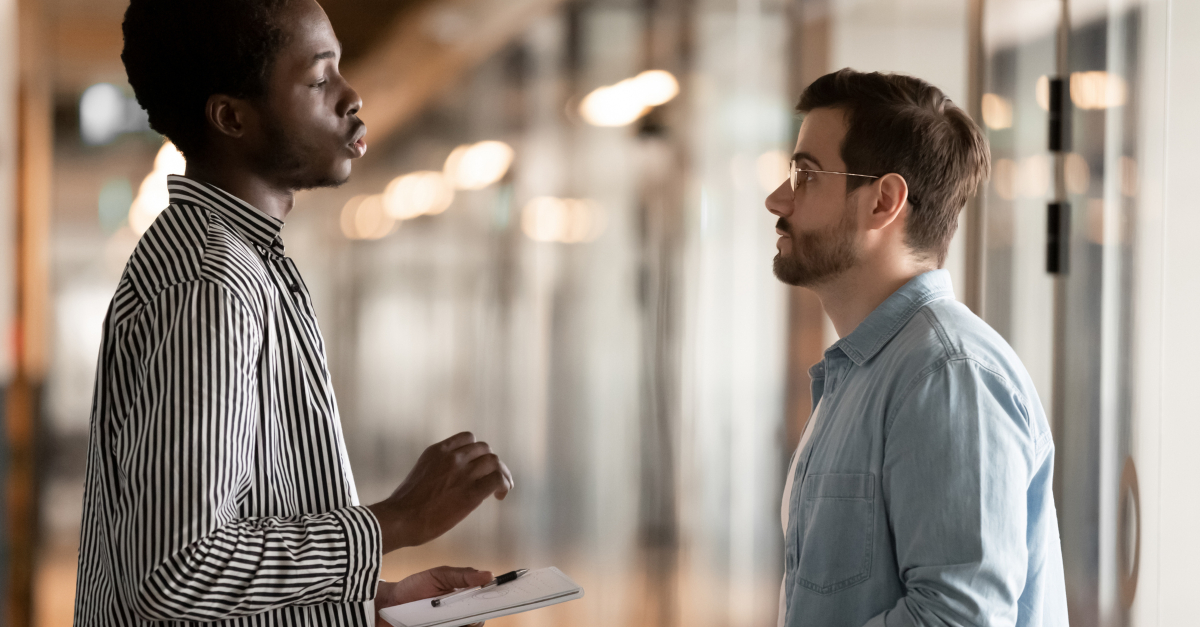 After he or she has finished talking, remain quiet. Keep listening. A man named Leonard poured out his heart to me. I didn’t say a word. I just kept listening intently.

When he was done, I kept looking into Leonard’s angry, deeply hurt eyes and didn’t say anything. After a minute, with deepest sadness he said, “All I needed was hope and mercy.” What a profoundly haunting lament.

Yet if I had started talking, I never would have heard what he needed.

5. Hold Your Tongue and Let the Soul Speak

Once the person tells you what he or she needs, still don’t say anything. After Leonard told me, “All I needed was hope and mercy,” I remained quiet for another minute. I let my eyes do all the talking.

His eyes and facial expressions began to soften and change. Only God’s love can do that. Then Leonard told me, “And by listening to my story, you’ve given me both.”

Something very deep happens, between souls, when sharing in this way. Glimpses of God’s fingerprints are all over his or her story. It doesn’t always mean you’ll have any opportunity to introduce and eventually hook their interest in God’s stories.

Then again, that’s often what happens.

Whatever you do, don’t promise to meet the person’s needs. Often, they want to know the answer to their burning question, “Why?” You don’t know. Don’t even try to guess. Speculation will only ruin your credibility. 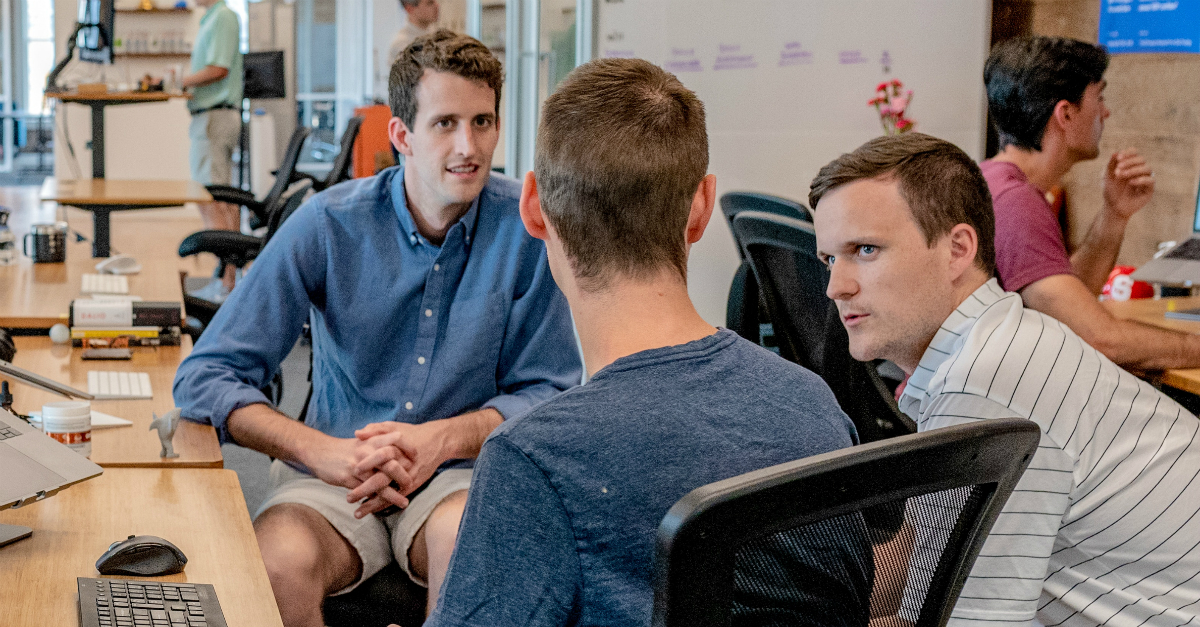 If you and the former church member have a mutual friend who has a strong faith in Jesus Christ, explore the possibility of inviting that mutual friend to join you at some point in the future.

Ask the person if you can pray for him or her. If they’re in agreement, pray right then. Then remind them from time to time that you’re still praying for them. Prayer invites Jesus back into the picture.

At the right time, invite the person to read the Bible with you. Read one of the four Gospels together. As you read, pray that they fall in love with Jesus again.

Stay in touch with the former church member no matter what. Your friendship can’t be contingent on whether or not they come back. That’s up to God, not you. You may have to hang in there for months or years before he or she re-embraces faith. No problem.

Never give up on your friendship. True, some will walk away. But never let it be said that you walked away.