4 Things Parents Should Know about Mulan on Disney Plus 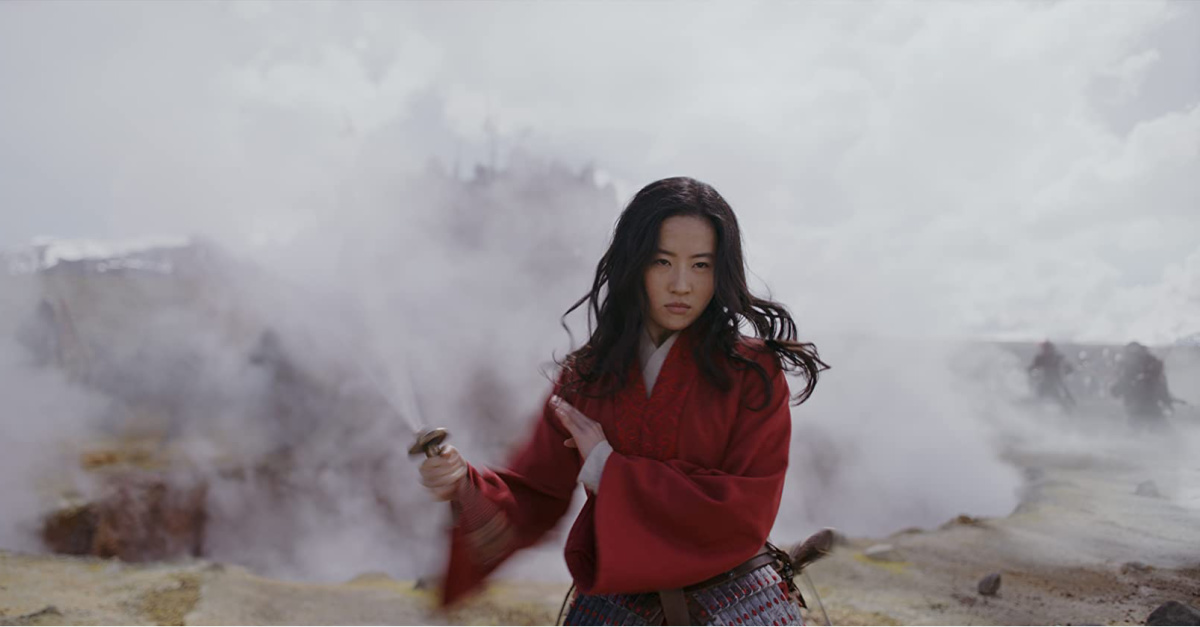 Her name is “Mulan,” and this young woman draws attention wherever she goes.

She’s nimble, active, full of energy and independent. In other words, she’s all of the things a woman should not be in ancient China.

“What man would want to marry a girl who flits around rooftops chasing chickens?” her mom asks.

But Mulan isn’t worried about marriage. She’s concerned about her aging and partially disabled father, who has been drafted into the emperor’s army to help beat back a dangerous invasion. Her parents had no sons, and as the only male in the house, Mulan’s father is required to fight – leg brace and all.

Mulan, though, believes she has a better idea. She’ll take her father’s place in the army and disguise herself as a man. She’ll also use his sword and wear his armor, each of which served him well in previous battles.

And she’ll sneak away in the middle of the night so her parents – especially her father – can't stop her. Will she survive?

Disney’s live-action remake of Mulan (PG-13), now on Disney Plus, tells the well-known story of a young woman who becomes a legendary warrior while hiding her secret. It stars Yifei Liu as Mulan and was directed by Niki Caro (The Zookeeper’s Wife, McFarland, USA).

1. It’s Based on a Legendary Story 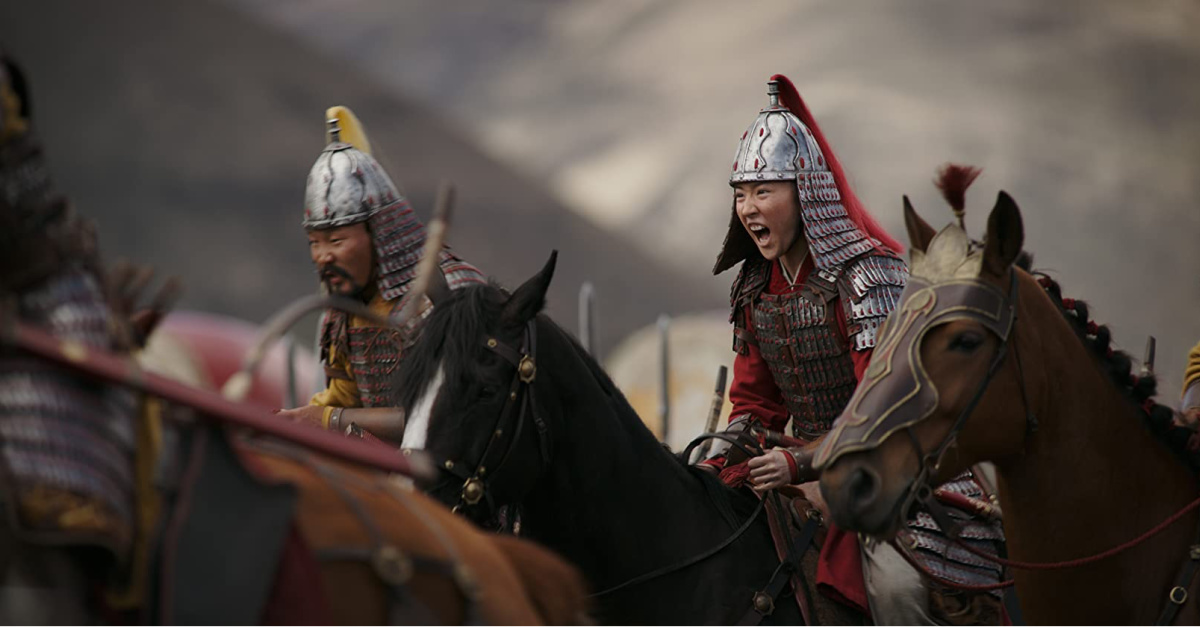 The story of Mulan didn’t start with the 1998 animated film. It’s based on a poem/folk song, the Ballad of Mulan, written during the Northern Wei Dynasty (386-534 A.D.). The modern film versions have largely followed the poem, which tells of a father who has no sons and has been drafted by the Khan into the army. His distraught daughter desires to serve as his replacement: “I want to buy a saddle and horse; and serve in the army in father's place,” she says in the poem. She leaves at dawn and – over the course of 12 years – travels “ten thousand miles on the business of war.” It is only at the end of her service that her comrades discover her secret: “They didn't know Mulan was a girl.” The emperor offers her a high-ranking position, but she refuses. She wants to return home. Disney often gets criticized for its live-action remakes, but this one might be better than the original, even if it’s not a musical (as the 1998 movie was).

The battle action is stunning. (Gravity-defying soldiers run up the sides of walls, while Mulan herself prefers fighting on scaffolding, high above the city.) The scenery is colorful and stellar. (It was filmed in New Zealand and China – more on that in a moment). The plot is familiar, yet it has a few changes that add to the drama. (A shape-shifting evil witch, Xianniang, was not in the original film.) Even if you’ve memorized the dialogue of the 1998 film, this 2020 version has a few surprises.

It also has several positive messages. Mulan displays wisdom, bravery and courage. She exhibits duty to family. (“Devotion to family is an essential virtue,” we hear.) She resists temptation for power. Yes, she based her military career on a lie, but she confesses her dishonesty and asks for forgiveness. Three specific virtues – loyalty, bravery and truth – are emphasized throughout the film.

It’s true that some consider Mulan a pro-women-in-combat-film, yet its core message is more universal than that. That message: Don't squelch your daughter’s talents and passions (as the father acknowledged he had done: “Hide your gift,” he told her).

(It’s worth noting that Mulan’s society didn’t force women into battle, as some in today’s world have proposed. In her world, the fathers – and society in general – rightly protected their daughters.) 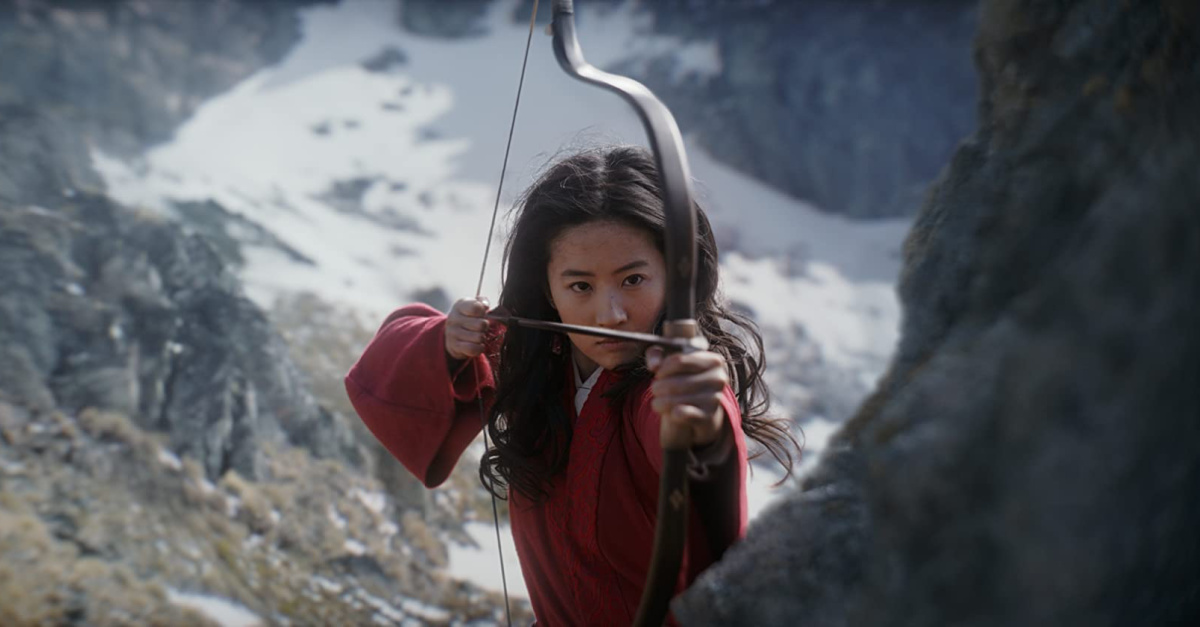 Mulan is the first Disney live-action remake to earn a PG-13 rating. It deserves it. The violence remains bloodless, but it still goes far beyond Disney’s typical kid-friendly films. We experience multiple battles, with arrows often hitting their target – the chest – and sending soldiers falling to the ground, dead. We watch Xianniang harm or kill people multiple ways, including with an arrow, a sword, and with her bare, black claws. We see the carnage of a battle, with hundreds of lifeless bodies covering the ground. Hand-to-hand combat with swords is common. We also hear discussions of people being “slaughtered” and “killed.”

The film contains no coarse language (not even a “gosh”) and no sexuality, although the main character does find herself in a few precarious situations that may make some moviegoers uncomfortable. When the soldiers are told it’s time to shower, she escapes the ordeal by volunteering to be the night guard. Developing a stinch, she eventually bathes in a pond at night. (We see her blurred body from the rear, partially obscured by flowers.) When another soldier joins her in the pond (presuming she is a man), she stays underwater and treats him rudely, forcing him to leave.

Of course, Mulan also involves an unbiblical worldview. A phoenix statue, we learn, sits at the entrance of her family’s shrine and serves as an “emissary for our ancestors.” The phoenix comes to life throughout the film, flying high over our female hero as a sort of protector. The father asks the ancestors to protect his daughter. After Mulan’s battle victories, her father says the ancestors are celebrating her success. 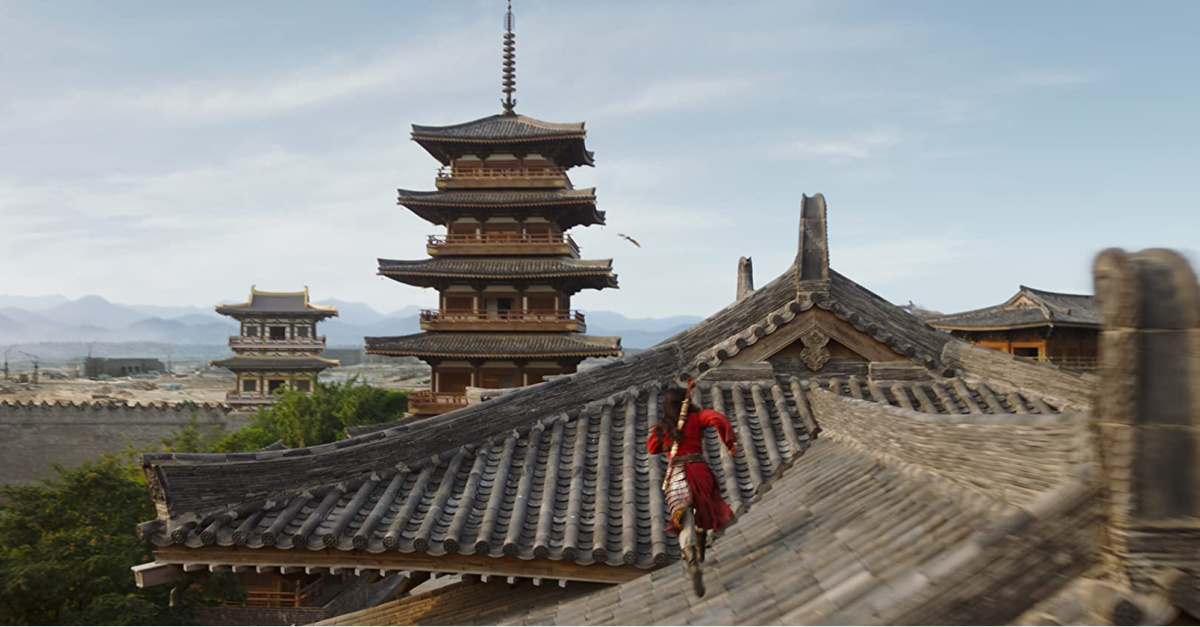 The movie was partially filmed in the province of Xinjiang. That’s also where one of the world’s worst atrocities is taking place.

China is holding an estimated 1 million minorities, including Uighers, in concentration and forced labor camps in Xinjiang, where it is also committing acts of forced abortion and sterilization. In the credits, Disney thanks multiple Chinese government-related bodies, including several based in Xinjiang.

“Disney, in other words, worked with regions where genocide is occurring, and thanked government departments that are helping to carry it out,” he wrote.

The film is a marvelous celebration of Chinese history, culture and people. Sadly, Disney has failed to show the same courage its heroic warrior showed. Unlike Mulan, it is hiding the truth.

Mulan is rated PG-13 for sequences of violence.