How to Avoid Hurting Your Kids While Trying to Help Them

Happy, Successful and Faithful. That’s what I wanted my own kids to be and now as a grandmother, I want them for my grandchildren. That’s it. Just a few simple things.

If we’re “lucky enough” for a good friend to point this out, we hurt, terribly. But in order to raise great kids who will become great adults, we need to hear Truth.

Usually this requires us to make some changes and we don’t like that very much either.

But it’s a truth we have to accept, that sometimes our parenting does more harm than good.

A Prime Example from My Life

I understand because I’ve been there. When our son was young, I was afraid that he would be bullied--I believed that’s just what happened to boys. He was our only son with three older sisters. Oddly enough, I didn’t worry about the girls.

In my heart, I felt like a great mother. I watched out for him, protected him, frequently asked if anyone said something that hurt him. What did they say? What did it feel like? How was his self-esteem? If it was low, I’d fix it.

As he grew into his teens, I continued with the questions. What did he need and why? I encouraged him to excel in school, do well in sports and be friends with good kids. He did all these.

But he started to feel uncomfortable around me and began pulling away. Then I asked him why he was doing that. I wanted to be the understanding mother who knew her son really, really well. I wanted to be close to him.

As I worked hard, he heard the opposite of what I saying: there’s something wrong in your life and I need to help you. I was driving him crazy.

The problem is, what I felt was helpful, he felt was cruel. Finally, one day, he reprimanded me. At 18, he peered down at me and said, “Mom--why do you always talk to me like there’s something wrong with me? Stop.”

This hurt- a lot. Being a good mother was the most important thing in the world to me and I had failed. But he was right.

Rather than treating him as a strong, capable young man who needed more independence as he matured, I treated him as a weak boy who needed me to keep him safe. My attitude began crippling him. He felt it and struck back. And it was a good thing that he did.

My well-intentioned behavior said: I will have your back, but he heard: ‘I can’t stand up for myself.’ When I constantly asked him about his feelings, he heard: ‘What’s wrong with me? Mom thinks I should be hurting but I don’t.’ When I asked question after question, he heard: ‘This feels creepy. Mom is moving into my world. Maybe I really do need her to.’

In order to avoid this undesirable outcome, keep these 4 principles in mind. 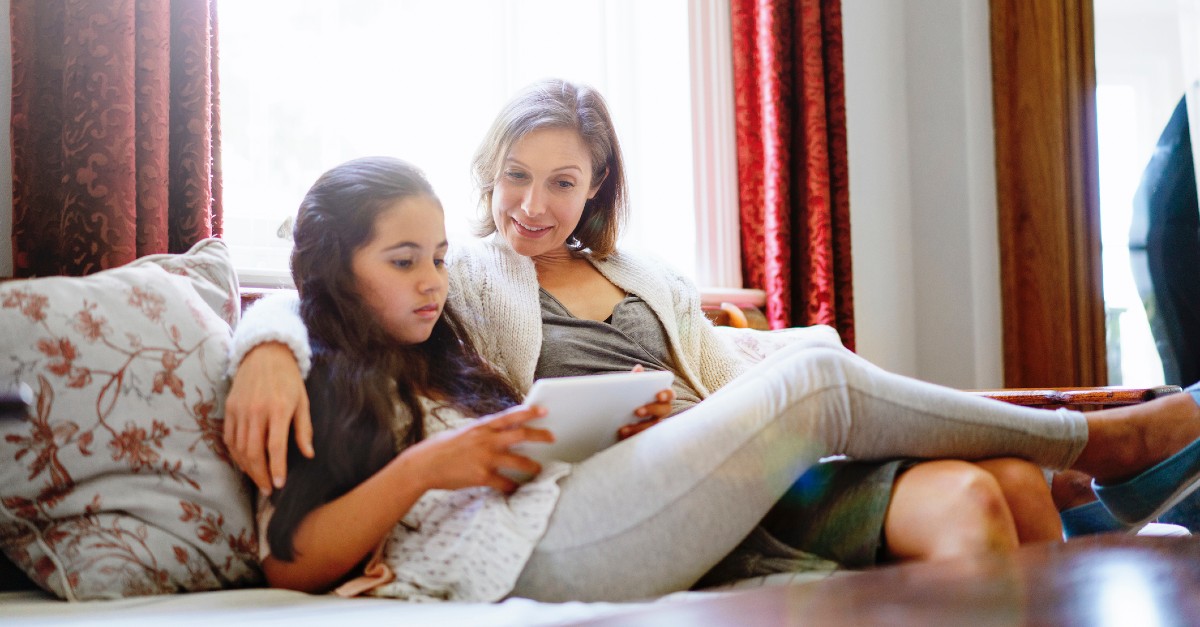 1. Don't Assume What Your Kids Are Capable of What You're Expecting Until Proven Otherwise

When we become overprotective, we communicate to them that they need our help at every turn and that they are incapable of doing things on their own.

While this feels good to us (because it's satisfying to feel like they need us) it cripples our kids. As they mature, they must see that they are capable of doing things far more than they thought. That kind of confidence will carry them much farther than if you protect them from every hardship.

2. Never Feel Sorry for Your Kids

When they hurt, it is natural to feel empathy, but this can quickly turn into us feeling sorry for them. Even if our child has a life-threatening illness, has experienced a trauma or has simply been called a name at school, our instinct is to make things right. We don’t want them to suffer more than they have already.

These are normal feelings, but they shouldn’t determine how we respond to our child. Rather than say, “I’m so sorry that you have suffered and been dealt a bad hand, I will always be here to help” we must tweak this and say, “I’m sorry that you are suffering, but God has given you everything that you need to be strong. You can live a normal life.” Even if your child is disabled, there are many ways that he can live a normal life.

If you haven’t read John O’Leary’s On Fire, you need to. After being burned over 90% of his body in a house fire, he lost all of his fingers. When his siblings tried to help him eat, dress, etc., his mom reprimanded them. She refused to let others help him and was determined that he become capable of doing anything he needed to do in order to live a normal life. She had a spine of steel and honestly, I don’t know if I could have done what she did. I’d like to think I could, but I don’t know.

John O’Leary was furious with his mother and felt like he hated her for years.

But today, he doesn’t. He thanks his mother because he has four beautiful children, is a successful author and national speaker and--without any fingers--he can play the piano. His mother’s refusal to believe that he was incapable of excelling gave him a future and hope.

Just like Jesus cared for people but never felt sorry for them, we must be that way with our kids.

3. Let Your Kids Figure out Their Own Problems

Many loving parents are so eager to help their kids excel that they don’t let kids figure out their own problems. Don’t do this.

Let your kids struggle and face the problem. Most importantly, let them resolve that problem. This will them teach them to fight and it will make them strong.

Sure, you can answer questions along the way but whatever you do, don’t do that school project just because you’re better at it. Of course you are. Don’t talk to their friends or friend’s mother when they’re having a conflict. Show them how to deal with it.

Tell them, “You can figure this out. If you need my help I’m here, but just for backup.”

My sister-in-law died of cancer when she was only 56. As a single mother, she left behind four kids. The oldest was 28, the youngest, 18. While she was on her deathbed, she said something extraordinary to us. She said, “I’m not afraid to leave because I know my kids will be alright. They don’t need me anymore.”

I was stunned when she said this thinking, ‘Are you kidding me? Of course, they need you- all kids need their Mom.’ I was right in a small sense, but she was correct in a far more important way. She had trained them to be independent young men and women who knew how to handle life.

She showed them, particularly as she was dying, how to lean on God. She instilled in them a sense that they were independent enough to navigate hard situations and come out stronger. Sure, they would have loved to have her as emotional support but the gift she gave them opened the way for them to have a wonderful future. And they are having that right now.

Raising kids to a point where they can no longer “need us in a physical sense and emotional sense” takes hard work. It feels counter intuitive. It requires that we learn to back off when we must. This is one of the hardest things for a doting mother to do. But it is crucial.

4. Don’t Do Things for Them That They Can Easily Do Themselves

For those of you with teenage kids, stop doing their laundry. Make them do chores like cleaning the house, mowing the lawn, and saving money.

In other words, where they can do things on their own, make them. When they are adults, you need to back out completely so that your son or your daughter knows how to pay bills, earn an income, juggle work and family all while keeping their house running. If you don’t, you are setting their spouse up for a tough life.

As we love our kids with everything that we have, we must ponder critical things that we do for our kids. The trouble is, many of the best parenting practices we must do don’t feel right. And they can be grueling.

But that’s exactly what Our Father does for us. He shows us what to do and how to obey Him but many times, He lets us flounder and get mad at Him.

After my mother died, I told God that He had let me down terribly and, as a child having a temper tantrum, I told Him that we were no longer on speaking terms. She was my best friend and He had messed up. I needed her.

Teaching our kids that they can handle being broken, experience hardship and tackle failure is one of the most painful jobs we have. When we do this, we must remember that this is exactly what a loving God does for us so that we can be great adults too.

Meg Meeker, MD is a best-selling author and pediatrician. To find her online parenting courses or listen to her podcast Parenting Great Kids, go to meekerparenting.com. To send in questions of your own, email them to ask.dr.meg@salemwebnetwork.com.