6 Essential Characteristics of a Godly Woman

Martin Luther King Jr. once shared a dream of his that his children would abide in a world where they would not be judged based upon the color of their skin, rather, the content of their character.

Character is unlike any other aspect of a person, for it is the core root of who they are. Circumstances may change monetarily, looks fade over time, but character is something that endures over a lifetime.

The Bible shares famously in Proverbs 31 what a wife of noble character looks like, and many noble women of the Bible represent what it looks like to live out such a life.

From kindness to others to integrity for her family to wisdom to a heart for the Lord such a life is one to pray for daily. Beauty, charm, riches, and mystery are all things that for a time can appear to be wildly captivating, but over time they will wane and not endure the way rooted character in God does.

In the movie, “Cinderella,” the on-going theme is to, “have courage and be kind.” Although Ella’s story is not in the Bible, her actions are straight from the heart of God.

Proverbs 31:17-18 phrases it another way, “She opens her arms to the poor and extends her hands to the needy. When it snows, she has no fear for her household.” A noble woman of God finds her courage in the Lord, not fearing what is to come, rather, holding fast onto hope in Christ.

She offers kindness to those around her, even if they are strangers. This is evident in the story of Isaac’s wife, Rebekah. In Genesis 24 Abraham sends his servant to find a wife for his son, Isaac. The servant prays that the woman he is to bring back for a wife to Isaac would extend kindness to him in offering a drink of water.

In verse 15 this prayer is answered as Rebekah comes and not only offers water to the servant, but also goes above and beyond to assist his camels in a drink of water as well. Rebekah was chosen by God not because of her looks, her father’s wealth, or her skills, instead she was chosen from her kind heart.  Kindness and the courage to live out kindness becomes a main facet of what it looks like to be a woman of Godly character.

It is also how we can extend the love of Christ to others, whether they be a stranger or a friend.

Integrity in one’s work is a telling sign of one’s character, and a woman of Godly character takes pride in the work of her hands. Proverbs 31:13 shares, “she works with eager hands” and 1 Corinthians 10:31 shares, “whatever you do, do it all for the glory of God.”

Work is not always pleasurable, but in whatever you do, do it as if you are doing it for the Lord Himself. This means not cutting corners or taking the easy way out, this means putting in the extra effort when no one is watching and there is no prize to be obtained at the end, and this means holding your position no matter how small with quality to do right by others. In the end, it does not matter what others think, rather what God thinks.

Working hard and giving your best work no matter the task is telling of moral fibers of the fabric of one’s heart.

Ruth exhibited this greatly through her life. In the Book of Ruth, we are told that Ruth had been widowed, as had her sister-in-law. Their mother-in-law, Naomi, was grief stricken, but released the women to return to their father’s homes if they wished. Orpah decided to leave Naomi, but Ruth took a different approach.

She decided to remain loyal to her mother-in-law for she had made a commitment to the Lord and to Naomi’s family through marriage. This act of loyalty was reflective of Ruth’s moral fibers, but in time God rewarded her for her loyalty. What is key is how she was never promised a reward for such loyalty, but she carried it out because she knew it in her heart to be right.

In time Ruth’s loyalty is what captivates her future husband, Boaz. In Ruth 2:12 he beams, “May you be richly rewarded by the Lord, the God of Israel, under whose wings you have come to take refuge.” Ruth and Boaz later marry and her life is blessed because she chose to be loyal to her God and to her word. 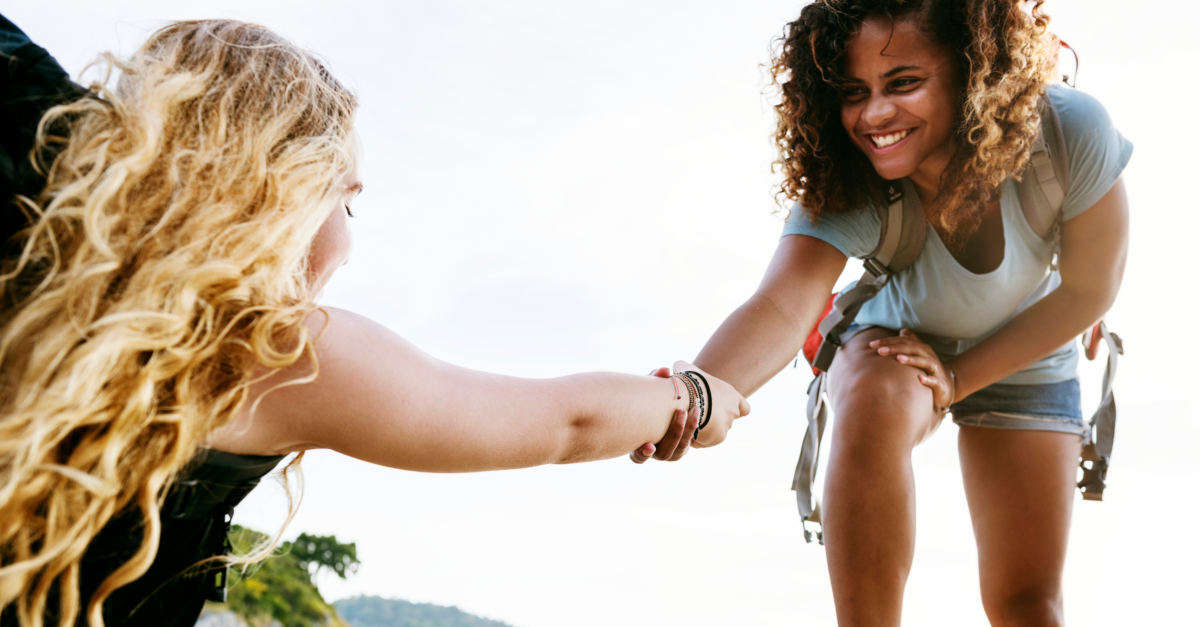 The direct translation of Proverbs 31:25-26 is far more revealing of the true meaning than most translations, for it reveals, “she is clothed with strength and dignity, she can rejoice in the future to come.”

Often the word, “laugh” is in lieu of, “rejoice” and although they are synonyms, in this context so much more is revealed. Despite circumstances, a woman of Godly character can hold fast to her joy. For her joy is not rooted in her happiness from shifting shadows from day to day or season to season, rather her joy is rooted deeply within Christ Himself.

She abides by the call of Jesus in John 15 to find ourselves rooted in the vine that is God. Because of this she does not scoff or laugh at the future to come, rather she rejoices that she knows no matter what is beyond today the Lord will be with her and within her.

She knows that the promise of Romans 8:28 proves true that He works all things together for His glory and our benefit, so momentary troubles are but a sigh in comparison to the joy that is to come in the Lord this side of the veil or the next.

Wisdom often is spoken about in a feminine context. The entire book of Proverbs refers to wisdom as a woman, and though wisdom is not constrained to only be applicable to women, it is also no coincidence that wisdom is referred to in a feminine sense.

Perhaps it is to show that wisdom in itself is to be soft and graceful in approach. Proverbs 31:26 shares, “she speaks with wisdom, and faithful instruction is on her tongue.” A woman of Godly reputation is slow to speak, for she considers what she is to say before she says it.

This is evident of relying on the Holy Spirit for instruction before action. This is evident through Deborah in the Book of Judges. Deborah was called by God to be a judge for the nation of Israel and work on behalf of God. In every instance, she did not rely on her own strength, rather, on the instruction of God to carry out action. This is where true wisdom is rooted: in reliance, strength, and guidance from God through the Holy Spirit.

When we seek God for wisdom in every area of our lives, not just select areas, we will see transformation in our lives and within the people God is growing us to become. For it is His wisdom guidance and assuring us of the way to go, the path to take, even if we do not have all the answers or know the outcome.

Elizabeth was well past the years that a woman typically could have a child, yet God granted her heart’s desire and she became pregnant despite her old age. Though it is not explicitly expressed, one can gather from the verbiage of her cries of joy that she had been promised a son by the Lord. She believed in great faith despite her age, circumstances, or what she could see around her at the time and she was given a son.

Her faith in the Lord set a precedent for legacy, for her son would become a great man of honor in service to Jesus Himself on earth. A woman who holds faith in her Lord, who believes truly in His promises, and who waits upon the Lord is a woman of great character in God.

When a woman chooses to divert from the mainstream of what the world says is to be praised, and she indwells in what God regards as lovely her entire state of being and how she conducts her life will be radically changed. She will not stand in fear of what the world says or thinks, nor will she allow the current circumstances and opinions of others impress upon her heart what she knows to be true.

Instead, she will find herself grounded in what her God says of her, and follow where He leads her. All in all, a woman of Godly character is not just one to be praised, but one to aspire to truly in every filament of nature to become such a Light for the Lord in this world.

Cally Logan is a writer and teacher from Richmond, Virginia. She graduated from Regent University. Currently, she is a writer for Dear Sparrows Ministry site, and the Podcast, "Dear Sparrows." In her free time, she enjoys leading a high school girls’ small group, cooking, and spending time in tree houses. Her latest books, Dear Young Sparrow and Unveiled are available everywhere or at https://dearsparrows.com/.