4 Things to Know about Never Again, the Pro-Israel Film that Exposes Anti-Semitism

Long ago, Kasim Hafeez hated Jews. His family did, too. So did his friends – and pretty much everyone in his neighborhood.

As a Muslim, he felt it was his duty: “The Jews were the reason for all the evil in the world.”

He was on a path to become radicalized and even violent.

But then he went to Israel. Intending to confirm his hatred, he instead met people who were not much different than him. They had families. They had jobs. They didn’t hate him, despite his religion.

Eventually, Hafeez changed his beliefs about Israel and the Jewish people – and he pledged to help others like him do the same.

Hafeez’s incredible story is included in the new documentary Never Again, a film that confronts anti-Semitism by examining world history and arguing the nation of Israel should be defended. The movie weaves Hafeez’s story with that of 91-year-old Holocaust survivor Irving Roth, who tells moviegoers about the rise of Nazi Germany and life in a concentration camp. Other experts on anti-Semitism also are interviewed.

“The lies that were perpetrated [in World War II] have been repackaged in the 21st century form, but the end result is the same: The destruction of a people,” Roth says. 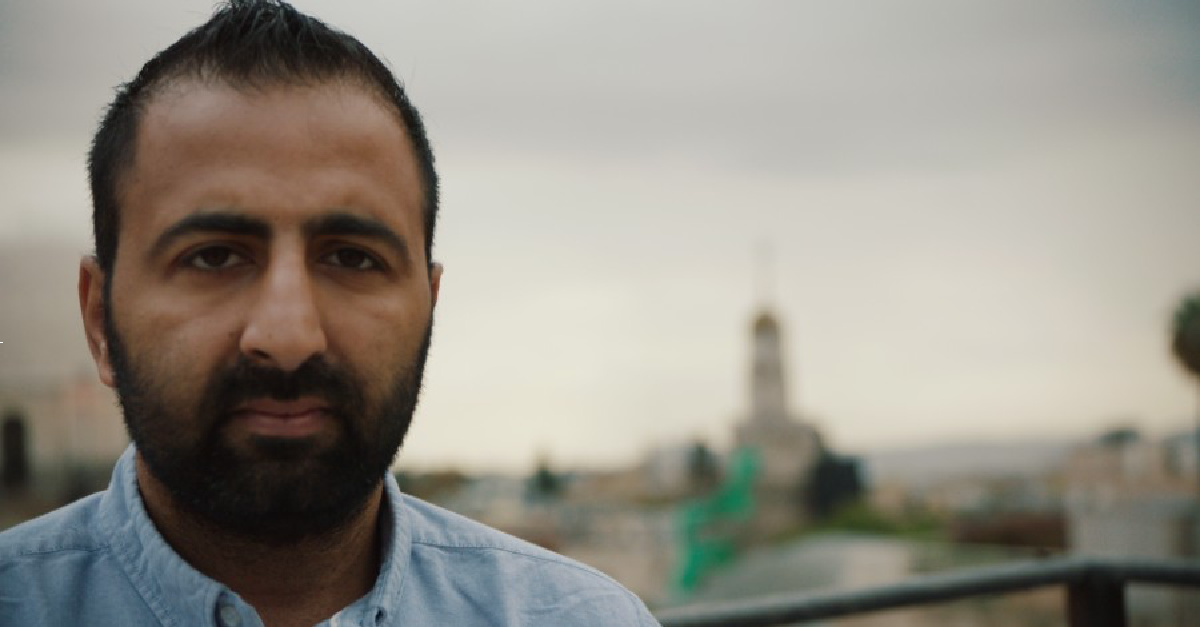 From an American perspective, it can be difficult to understand the Middle East divide. Why do people all across the Islamic world hate the Jews? Never Again offers an answer: Many Muslim children are taught by their families and by their schools to hate. Marc Regev, Israel’s ambassador to the United Kingdom, says children in much of the Islamic world are brainwashed to hate.

Hafeez told Crosswalk he grew up with a hatred of Jews, even though he was raised in the U.K. (His family is from Pakistan.) He did not know any Jewish families and lived in an “insular community.” Jews, he believed at the time, were to blame for everything.

“All of the things that I heard [about Jews] – as ridiculous and absurd as they were – became a reality for me,” he said. “They became truths to me because it was constantly reinforced.” 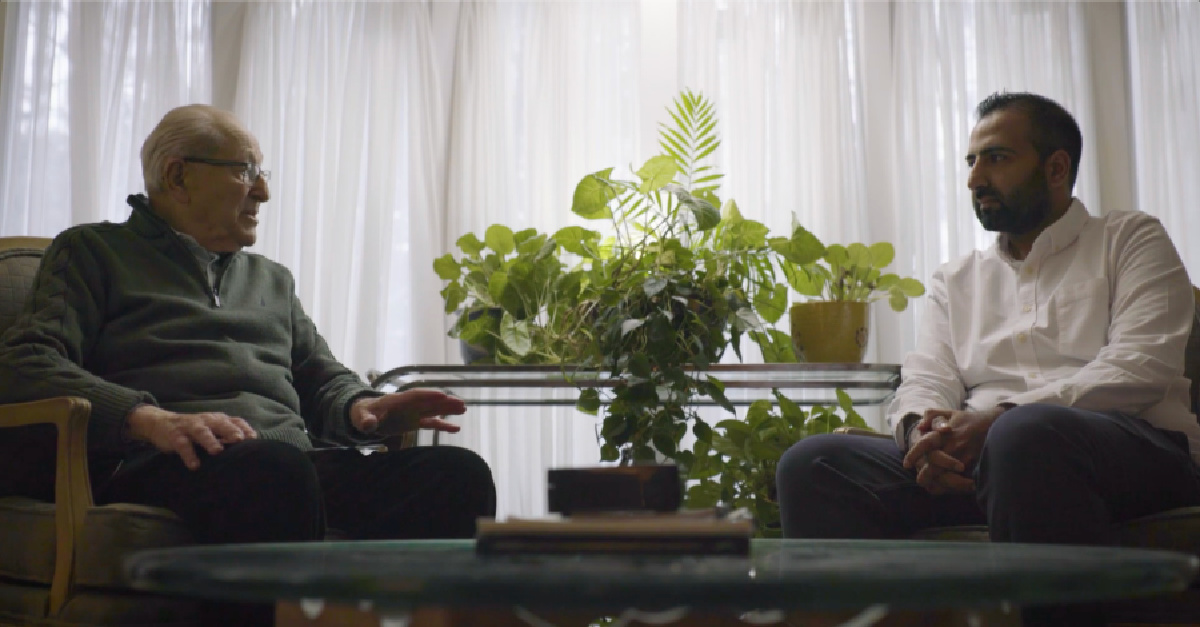 Roth, who is 91, recounts stories from his time in the Auschwitz concentration camp – the time he and his family were rounded up by Nazi solders and placed in train cattle cars, the time he walked on a “death march” in the snow for days and days, the time he first saw a crematorium that was used to dispose of the bodies from the mass murders.

“I jump off a train and I look around in the distance, and I see flames coming out of chimneys,” Roth says. He was 14 at the time.

He was rescued in 1945, but only because Allied air raids had prevented the guards from sending him and other Jews on another death march. By then, he weighed 75 pounds – and likely would not have survived a lengthy walk. 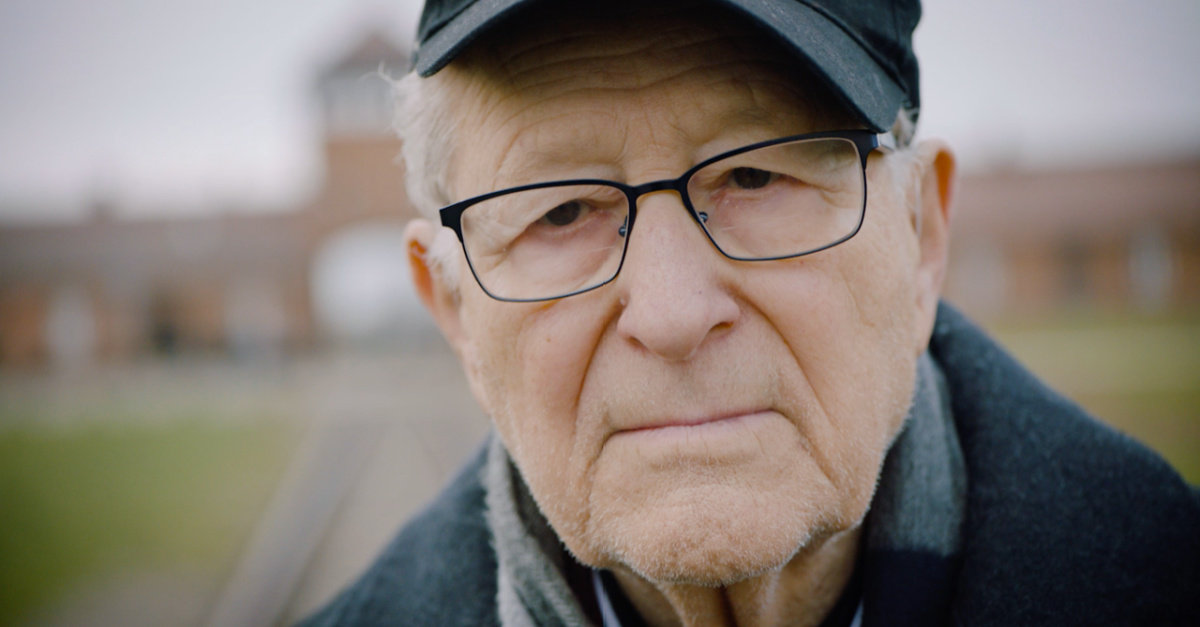 Never Again asserts a Jewish state is necessary in a world rampant with hatred. Tragically, Roth wasn’t welcomed back into his homeland of Poland after World War II. Citizens, he said, ridiculed the Jews by saying, “Hitler didn’t do such a great job.” Hundreds of Jews in Poland were shot and killed after the war.

“You would think that the population … would welcome [us],” he says. “We were not.”

The establishment of the nation of Israel, he says, was like a dream come true.

“After 2,000 years, the Jewish problem has been solved,” he says. “The Jews have a country [where they] can … go live in peace and harmony.”

Never Again addresses the modern Boycott, Divestment, Sanctions (BDS) movement and the opposition to Israel as a nation, calling both positions anti-Semitic. The BDS movement promotes a boycott of the Jewish state. (The U.S. House of Representatives condemned the BDS movement in a resolution last year, pushing back on the pro-BDS positions by Reps. Ilhan Omar, Alexandria Ocasio-Cortez and Rashida Tlaib.)

“It’s not an organization that aspires to create peace to create a better two-state solution,” Oren says. “It talks about destroying the world's only sovereign Jewish state and denying the Jewish people's right to self determination in their homeland. That by any definition … is anti-Semitic.”

About half (49 percent) of young adults in a recent survey said they had seen Holocaust denial or distortion on social media or elsewhere online. Never Again is a necessary film in a society that often questions the truth. 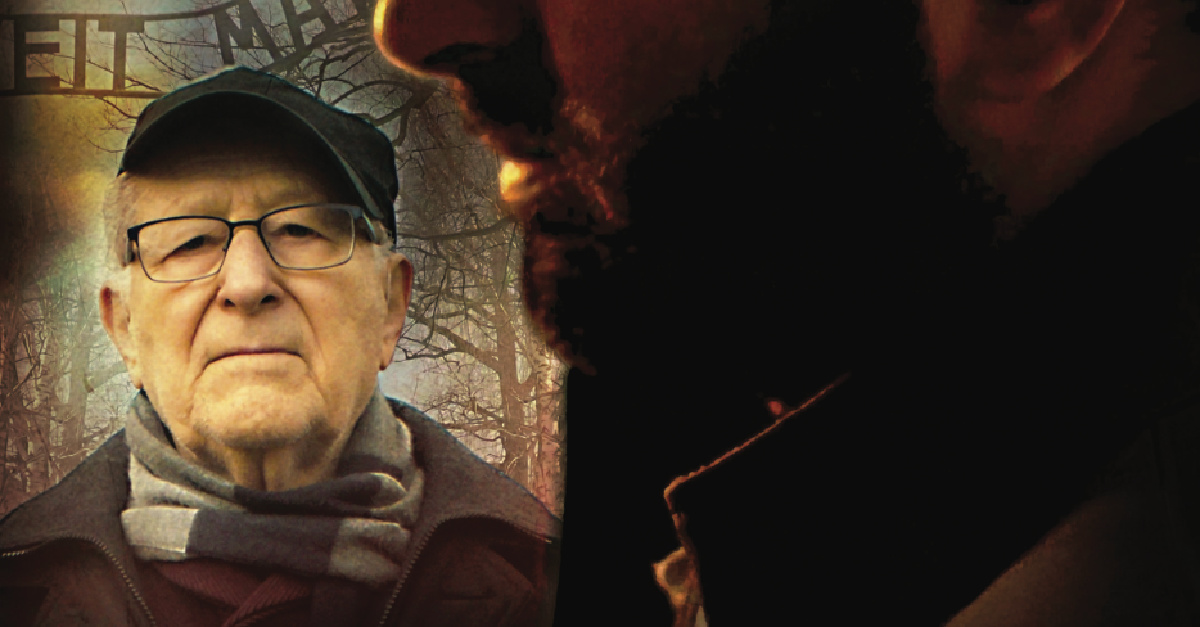 In Never Again, a former radicalized Muslim tells how he changed his views about Jews, simply by traveling to Israel and meeting Israeli citizens. The film ends with Hafeez sitting down with Roth and discussing how to improve the world.

Never Again shows there is hope for a society filled with hatred and rage. It offers a path forward for the Middle East. People can change.

Hafeez told Crosswalk he hopes the movie will lead moviegoers to “take a step back and ask your own questions.” He particularly hopes it impacts those who are on the same path he once was.

“Go out of your echo chamber,” he said. “If I can prevent one person from becoming who I was, that's a win for me.”

Never Again will be in theaters for two nights: Oct. 13 and 15. Visit NeverAgaintheMovie.com. The film is unrated. It includes images of and discussion of the Holocaust.