3 Essentials in Paul’s Letters for All Leaders 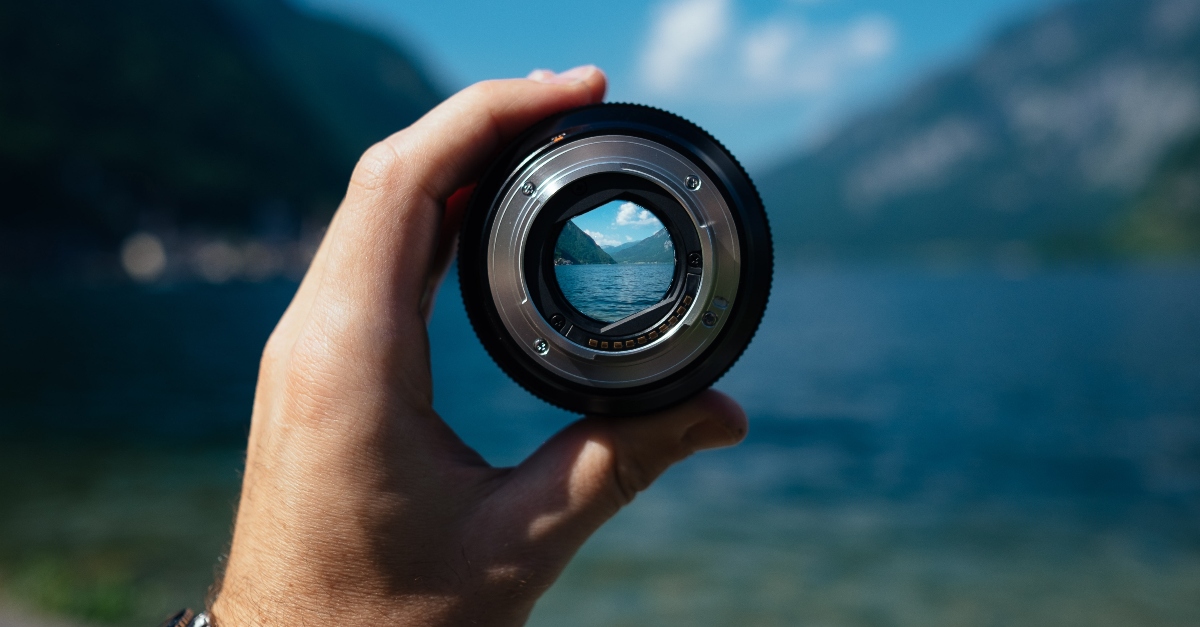 We can learn timeless leadership lessons from the apostle Paul, and any serious leader would do well to critically study the letters he wrote during his ministry. Originally known as Saul of Tarsus, this passionate apostle had a life-changing experience with Jesus on the road to Damascus, subsequently becoming a fierce defender and encourager for new believers during the Apostolic Age. Paul wrote at least thirteen letters to churches or individuals — letters that inspire believers today.

What, specifically, can today’s leaders learn from Paul?

1. Leaders Identify with Others

Paul called early Christians “brother” even when he was admonishing them — which he often did, as he worked to explain God’s enduring love and Christ’s saving sacrifice on the cross. Consider Paul’s critical task; to grow the new Church and to spread Jesus’ message to all mankind. Paul took this task seriously, and also took seriously his leadership role.

In calling others “brother” and “sister” Paul immediately shows, with a simple affectionate salutation, that he does not feel himself above the people, but instead, with the people. Leaders today could do well to emulate Paul; a good leader encourages and supports others, but never puts himself personally above others.

Paul was also a loving leader, concerned for his team. In 2 Corinthians 2:13, Paul writes, "I still had no peace of mind, because I did not find my brother Titus there. So I said goodbye to them and went on to Macedonia.”

Here’s the backstory: With some anguish, Paul had written a letter to tell the Corinthians, telling them that they must correct a man among them (we don’t know what this man had done, but it was likely something against Paul or the Gospel). Paul had earlier sent Titus, himself an early missionary and church leader, ahead with this letter that grieved him to write, and he was expecting to meet Titus in the town of Troas, a Greek city located on the Aegean Sea, to learn the Corinthians' response to it.

Paul did not find Titus in Troas, however. His co-worker in ministry was missing, causing Paul to feel “restless in his spirit.” Was Paul worried that something bad had befallen Titus? Was this a concern for their ministry? Unable to concentrate on the ministry, Paul returned to Macedonia.

Paul shows concern for his brother — a man who was essentially his co-worker — in spreading the gospel. And in 1 Corinthians 4:17, he calls another brother in Christ, Timothy, his “son whom I love, who is faithful in the Lord.” Paul led from the heart; a heart for Christ, and a heart for his fellow man.

2. Leaders Are Not Afraid to Tell Hard Truths 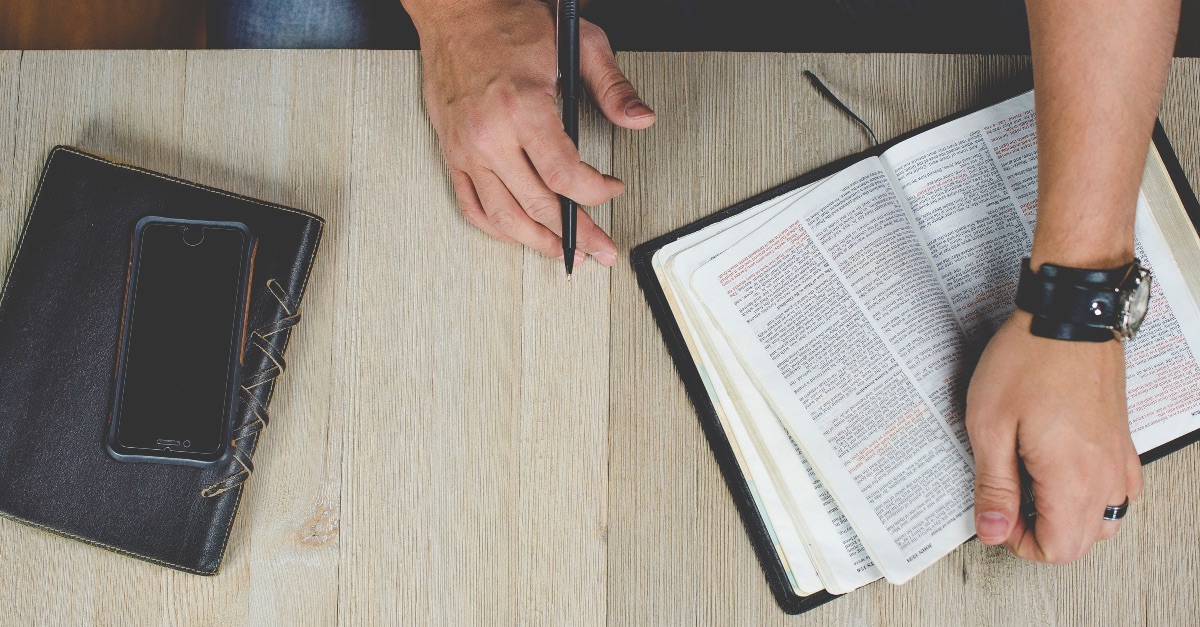 Juxtaposed with identifying with those you lead is another, equally important leadership maxim: leaders tell it like it is, and they tell the truth. One hopes they do so diplomatically, clearly, and tactfully, leaving personal criticisms out of the equation.

Simply, to be an effective leader, the truth must be told.

Paul famously challenged the apostle Peter, called “the rock of the Church,” in Antioch, which we read about in Galatians 2:11-14. Peter, who had come to Paul in Antioch, had been eating meals with both Jews and Gentiles. But when a delegation arrives from the Jerusalem church, Peter pulls away from eating with the Gentiles, retreating into older, pre-crucifixion ways. Why? Because he was “fearing the circumcision party” (literally, in the original language, “those from the circumcision”) — Jewish Christians.

Paul explains in Galatians 2:14: ”When I saw that they were not acting in line with the truth of the gospel, I said to Cephas [Peter] in front of them all, 'You are a Jew, yet you live like a Gentile and not like a Jew. How is it, then, that you force Gentiles to follow Jewish customs?’”

Paul was reproaching Peter in front of others, and reminding him of the Good News of the crucifixion; all were now able to partake of God’s mercy and grace, even Gentiles. In actively admonishing Peter, who was experiencing the very real human emotions of uncertainty and fear, he was reminding him that as apostles, they indeed had a sacred commission to act in ways that demonstrated the life-changing impact of Jesus’ sacrifice.

Paul was unafraid, even standing in front of a brother in Christ, to speak the truth for all to hear. Jesus himself began many thoughts with “Truly, I say to you…” emphasizing that what was to follow was trustworthy.

If you are a leader, can you tell hard truths? Others rely on you to “be a Paul” and tell it like it is, calling out anything that hurts the mission. American business scion Jack Welch once put it this way: Leaders have the courage to make unpopular decisions and gut calls.” This cannot happen if hard truths are not told, in a productive and compassionate way.

Paul may have planted as many as twenty churches during his lifetime, and he mentored many individuals who also planted churches or in other ways advanced God’s earthly kingdom. Paul was not content to wander from town to town speaking his heart and mind in a passionate yet unfocused way, but had a strategic vision for his ministry, always guided by the Holy Spirit.

Paul achieved these quantifiable results by having a crystal-clear understanding of his mission. One can only imagine how Paul himself marveled at the changes Christ created in his heart, as he went from a martyr-maker who slaughtered Christians to a passionate soldier for Christ!

“I eagerly expect and hope that I will in no way be ashamed, but will have sufficient courage so that now as always Christ will be exalted in my body, whether by life or by death,” Paul explains in Philippians 1: 20-22. “For to me, to live is Christ and to die is gain. If I am to go on living in the body, this will mean fruitful labor for me. Yet what shall I choose? I do not know!”

What do we learn about this results-driven apostle in these verses? Paul was energetic and positive (“I eagerly expect”), he sought courage, and he was prepared to “exalt” Christ with his body — giving up his very life. He had an understanding of the potential consequences of his work, too, and the meaning therein; “to die is gain,” paired with his definition of “fruitful labor,” shows us a clear understanding of his role, his potential bodily sacrifice, and his own heart. Paul was extremely self-aware, which only helped him to achieve quantifiable results.

As a leader, do you maintain a results-driven attitude? May the apostle Paul encourage you by his attitude that even in the most holy, blessed endeavors one needs a plan, a purpose, and clear goals.

As former NFL football coach Bill Parcells put it, “You don’t get any medal for trying something, you get medals for results.”

Paul, the energetic, focused, loving apostle of Christ, offers a roadmap for leaders today, and in the future. Anyone who is unafraid to lead compassionately, tell hard truths, and keep their goals firmly in front of them will be well on their way to becoming a successful, Paul-inspired leader!