What We Forget About Our Pastor

Over the years of ministry, I’ve had the privilege of meeting, ministering to, and listening to many hundreds of pastors. And I’ve learned their terrible secret. They’re human.

While they are, in God’s words, “shepherds of God’s flock” (1 Peter 5:2), they’re also subject to the same insecurities, passions, and discouragement we all are. Like us, they struggle with fear and worth; with temptation and loneliness.

And they need prayer and encouragement.

Why I Love the Idea of Pastor Appreciation Month

Yes, they’re human. But they’re also heroes. They bear the burdens of their “flock.” They are there, as one person said lightheartedly, “when we’re hatched, when we’re matched, and when we’re dispatched.”

They carry the weighty responsibility of being God’s appointed messenger to deliver His heart to His people. They pay the price of being scrutinized and criticized, with each person measuring them by their personal pastoral expectations.

And they love their people, warts and all. They are often the difference-maker in some of life’s loneliest, most painful moments. They are the “go-to” person for everything from someone’s personal crisis to a broken heart to a plumbing problem at the church.

So this special month of honoring our shepherds is a wonderful time to give them the greatest gift of all: a deep commitment to be a prayer warrior for God’s leader. 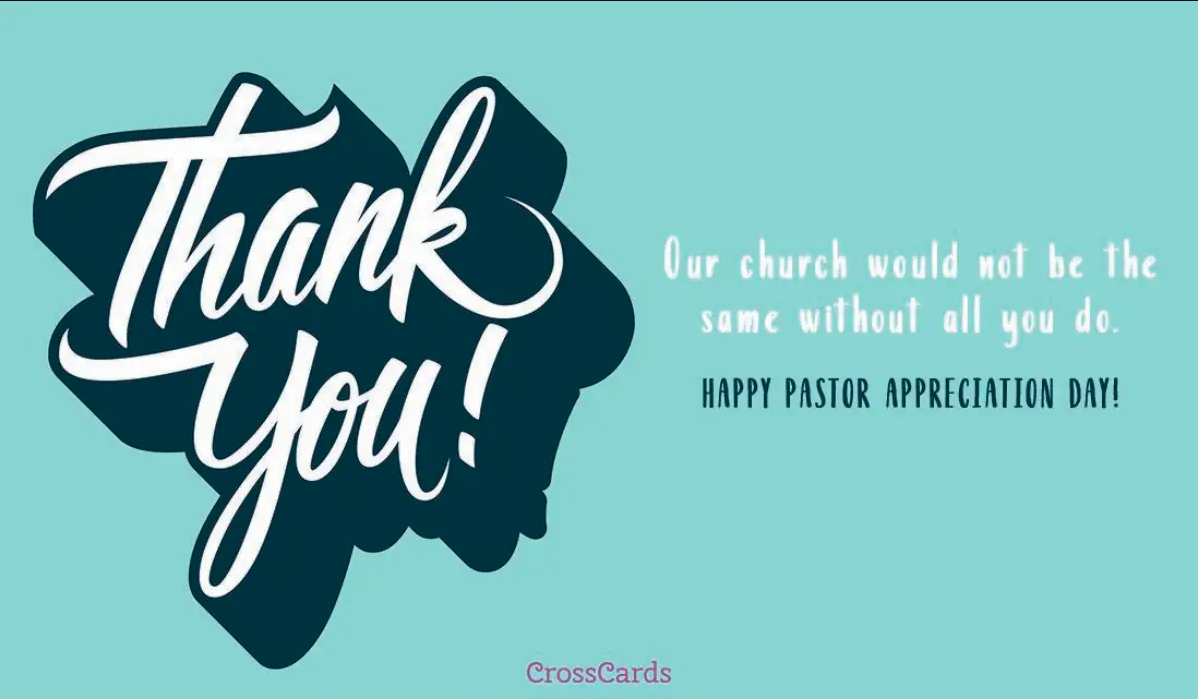 A Biblical Example of the Gift of Prayer

Consider the old man on the hill. His young “intern,” Joshua, was leading the Israelites into battle against the brutal Amalekites. It was Joshua’s first command. With the help of two assistants, Moses slowly made his way up a hill overlooking the battle. Moses lifted up his hands and began to pray—until his arms gave out.

Later Moses explained, “hands were lifted up to the throne of the Lord” (Exodus 17:10-16). It’s more than a Bible story. It’s a behind-the-scenes look at the difference between victory and defeat in the life of a leader.

That difference is the prayer warrior on the hill! That’s what you can be for your pastor.

For it is the prayer warrior who, more than any other person, determines the outcome of the battle. As S. D. Gordon said, “Prayer strikes the winning blow. Service is simply picking up the results.”

So how can we pray for our pastor in appreciation this month? Based on the dedicated shepherds I have known, our intercession should focus on these seven areas:

1. Pray for Your Pastor’s Daily Heart-Connect with Jesus

The single most decisive factor in your pastor’s life and ministry is his personal Jesus-time. Just as the epicenter of Jesus’ ministry was His daily time with His Father.

When you have so much work to do for Jesus, it’s hard not to become like Martha—so busy serving Jesus that you miss Jesus. Pray that, like Mary, your pastor will anchor his life to “sitting at Jesus’ feet, listening to what He says” (Luke 10:39).

2. Pray for Your Pastor’s Priorities

In Capernaum, Jesus had been healing and casting out demons all day. Early the next morning, the disciples announced that many more needy people were seeking His touch. “But He said, ‘I must proclaim the good news of the kingdom of God to the other towns also, because that is why I was sent” (Luke 4:42-43). Jesus knew His “must’s”—so He knew what He had to say no to.

It takes divine discernment for a much-needed servant of God to daily sort out all the voices around Him and determine what God’s voice is saying.

Pray for that for your pastor.

3. Pray for Your Pastor's Protection from Enemy Attack

Jesus told Peter that Satan desired to sift him as wheat. He could say that to any shepherd of God’s people. It was in a passage Peter wrote to “elders” that he warned, “The devil prowls around like a roaring lion, looking for someone to devour” (1 Peter 5:8 ). Of course. Bring down the shepherd and it’s open season on the sheep.

In His great prayer in the countdown to the cross, Jesus prayed for those who would be His leaders: “Protect them by the power of Your name…protect them from the evil one” (John 17:11, John 17:15). Oh, how your pastor needs a prayer warrior praying that for him.

Pray against the attack of pride; of discouragement; of lust; of self-reliance; of controlling. Boldly place your prayer between your pastor and the prince of darkness.

4. Pray for a Pastor's Marriage and Kids

If the enemy can’t get to the pastor, he’ll work on dividing, detouring, and destroying his family. There’s nothing like conflicted or collapsing family relationships to rob a pastor of his strength, his credibility, even his ministry.

Your prayer helps build a wall of protection around your pastor’s marriage, his children’s choices, and everyone’s personal walk with God. Pray for your pastor to keep his wedding promises to the woman he married and to always put her first. Pray that she will love what her husband does and give him the affirmation that is the “wind beneath his wings.” Pray that Jesus will seem so real in their home that their children will love Him, too. And ask God to help your pastor be the spiritual leader, not just at church, but at home.

Not recycled sermons or passionless preaching. Pray that each time your pastor teaches or preaches, he will have something that has come from God’s heart, through your pastor’s heart—and straight to the hearts of the people. Something he can be excited about! God’s Word is “alive and active” (Hebrews 4:12). The preaching of it should be, too.

6. Pray for That Life-Changing Combination of Courage and Compassion

Courage to clearly proclaim what God says as the final word on any subject. With so many believers being increasingly shaped by their culture more than their Christianity, it takes pastoral courage to stand firmly on God’s Word...at a time when it’s getting more and more lonely to do so.

But also pray that boldness will be blended with the compassionate heart of Jesus that feels the needs behind the deeds.

Pray for your pastor to get the encouragement he needs—and too often lacks. Those who deal with pastors all the time consistently report a crisis of discouragement. Constant criticism. Failure feelings. Disappointed dreams. Lack of visible results. Lack of appreciation and gratitude.

In many ways, you can be part of the answer to your own prayer. Pray with your pastor, not just for him. And follow Paul’s direction: “Acknowledge those who work hard among you, who care for you in the Lord and who admonish you. Hold them in the highest regard in love because of their work” (1 Thessalonians 5:12, 1 Thessalonians 5:13).

So go beyond just appreciating your pastor. Empower him…protect him…care for him—by faithfully, fervently praying for him. Ron Hutchcraft is a veteran ministry leader, speaker, and founder and president of Ron Hutchcraft Ministries and On Eagles’ Wings Native American youth outreach. He is the author of A Life That Matters, and Hope When Your Heart is Breaking (January 2021). His popular radio feature, A Word with You, is heard daily in 5 languages on over 1,300 outlets around the world. Ron and his late wife, Karen, have three children and nine grandchildren. You can find more encouraging resources by Ron Hutchcraft here.

This article is part of our Prayer resource meant to inspire and encourage your prayer life when you face uncertain times. Visit our most popular prayers if you are wondering how to pray or what to pray. Remember, the Holy Spirit intercedes for us and God knows your heart even if you can't find the words to pray.