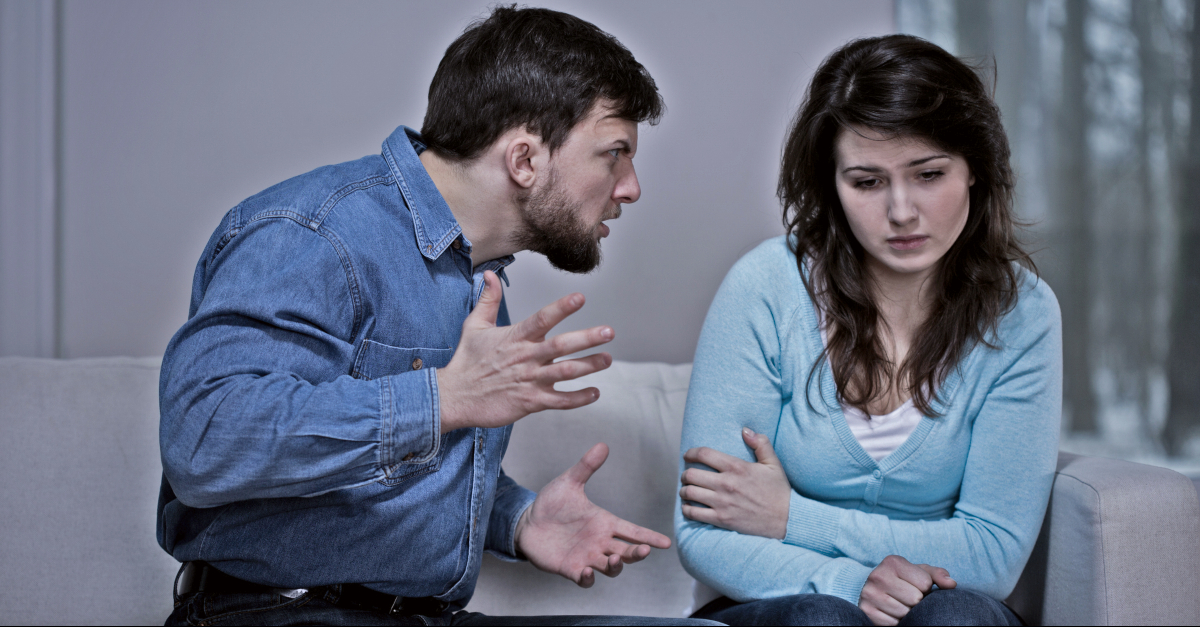 The narcissistic abuser treats you as an object they are willing to deceive and harm for their own benefit. Psychological manipulation has a devastating impact in such scenarios.

The narcissist uses hidden tactics of abuse to feed their own needs—without empathy for the people they harm. They use self-promotion and charm to cultivate a lovely garden, invite you into it, then drop you into a pit dug below the flowery surface where you are dismantled and silenced.

And if confronted or exposed, they protect themselves with walls of defenses. Detecting, naming, and describing these five common tactics can help you find freedom from a narcissistic abuser’s power. 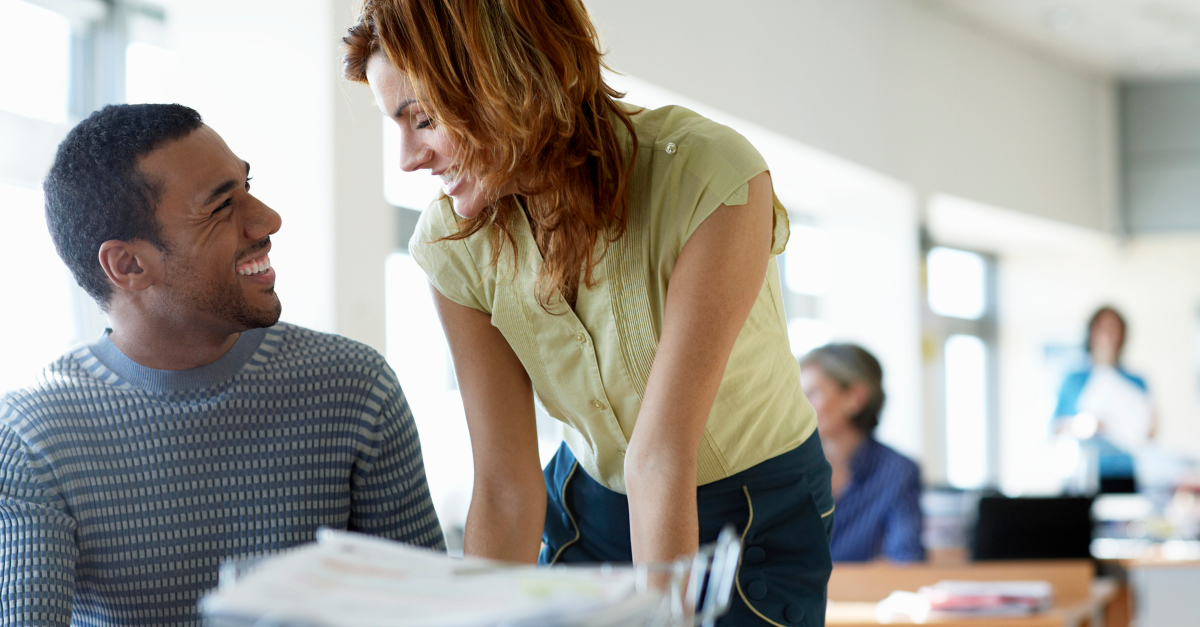 The narcissistic abuser is a serial self-promoter, taking every opportunity to mention their successes, positive characteristics, favorable associations, and future goals. They volunteer information about themselves even if that information isn’t relevant to the conversation.

They might seek out positions of power thinking it will provide the food they need to satisfy their hunger for legitimacy and meaning. They begin to see people as objects to be manipulated, shaped, and molded to fit their own self-serving agenda.

A key attribute of this kind of self-promotion is deception. You’ll discover that their claims are increasingly grandiose and not always truthful.

Narcissistic abusers might use charm to ingratiate themselves to others. Flattery, favors, and alliances are used to coerce others into liking and trusting the charmer. Flattery focuses your attention on your real, fabricated, or exaggerated positive characteristics—and distracts from the true desires or agendas behind the compliment.

A common type of flattery is exemplification in which the other person claims you are exemplary in some way: “the best,” “the brightest,” “the hardest working,” and so on. That might be true, but for the narcissistic abuser, these words are thrown around like bait hoping unsuspecting people will be endeared to them by such language.

Favors—such as gifts or offers of help—when used by abusers, can put you in a position where you feel indebted and obligated to the other person. Sometimes this help goes beyond what is necessary and is overly intrusive. The narcissistic abuser might later insist that you comply with their demands on the basis of past favors they’ve done for you.

The abuser creates and exploits alliances between you and the abuser. They might seek out areas of agreement or shared experiences as a way of binding themselves to you for the sake of control.

Part of what’s so disorienting and disillusioning about abuse is the realization that the niceness you once enjoyed and appreciated was actually a deception intended to harm you. 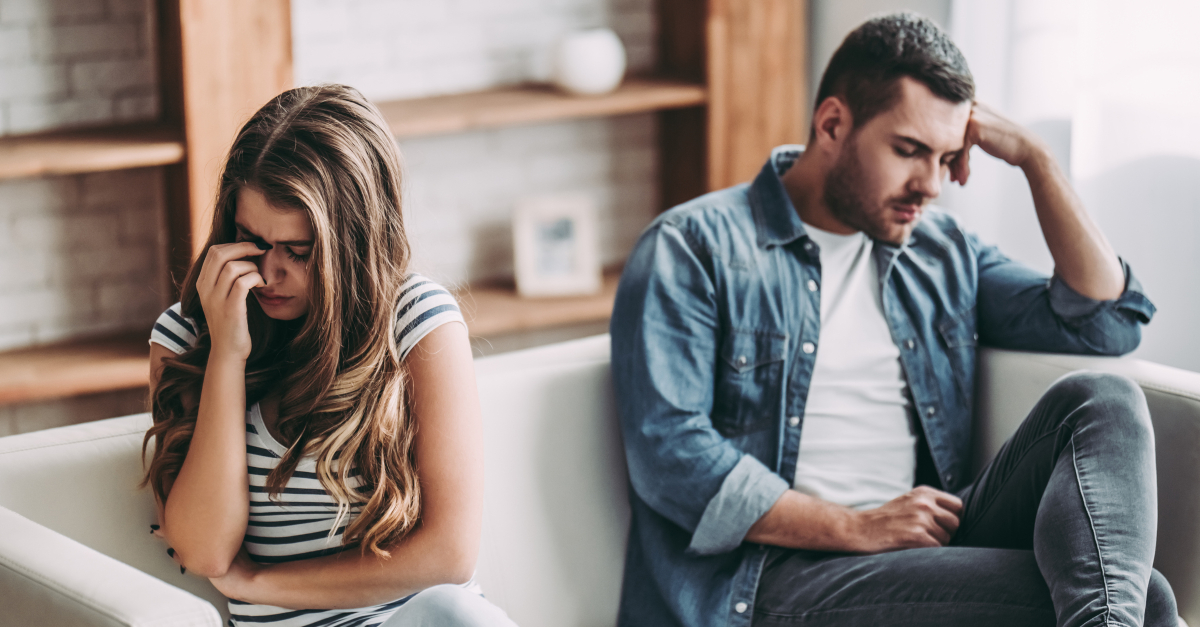 Dismantling your identity is a tactic used to distance you from what makes you you—your culture, values, beliefs, belongings, preferences, even your name—in order to replace it with a ready-made identity of the abuser’s choosing. The narcissistic abuser assaults your identity by telling you what you should value and how you should view yourself.

Tactics like cruel joking, withholding help, belittling your strengths, and exaggerating or picking out your faults are all used by the abuser to dismantle your sense of self-respect.

The next piece of your inner world that the abuser dismantles is your agency—your ability to choose for yourself. By imposing rules that you may or may not have agreed to, making you feel helpless, and discrediting any decisions you make on your own, the abuser erodes your free will. Anxiety pervades such relational dynamics as you become increasingly concerned about the risk of noncompliance.

Dismantling tactics don’t stop at a victim’s internal world. The narcissistic abuser can also dismantle a victim’s external world by dissuading them from trusting anyone other than the abuser. Any person or group that might see through the abuser’s deception or otherwise advocate for the victim becomes a threat to the abuser.

The abuser severs the victim from supporting relationships they might have or develop with family members, friends, and therapists, or other professionals. The victim might be cut off from being able to appeal for help from higher authorities. They might also be denied access to sources of understanding and education. 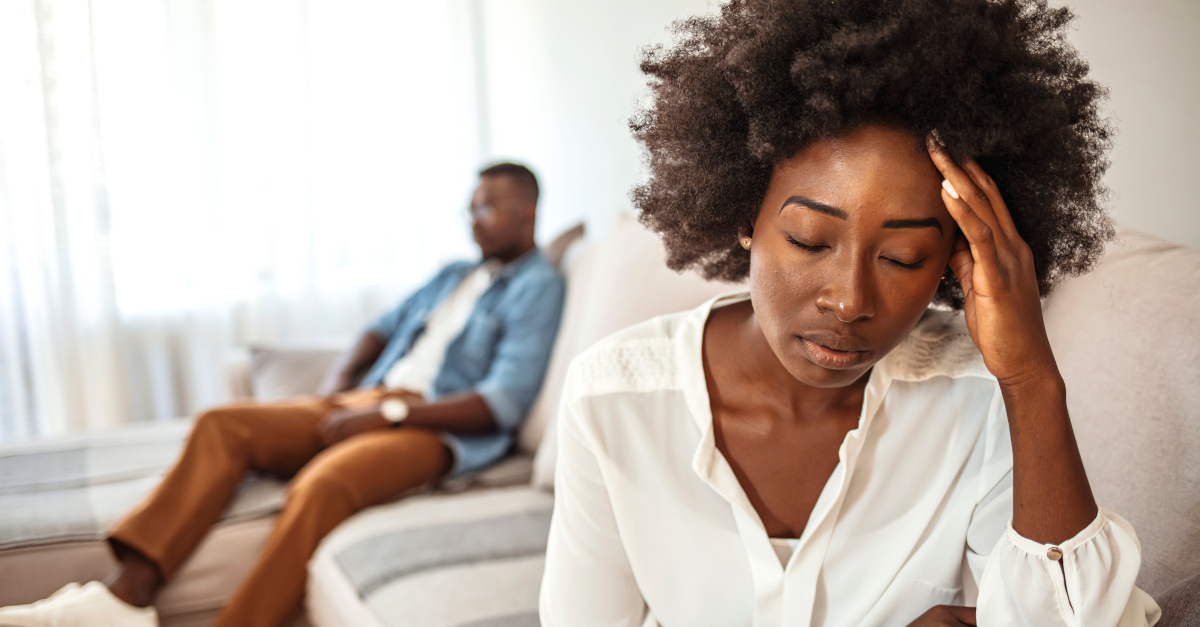 The narcissistic abuser uses silencing tactics when they know they’ve been exposed and someone else is in possession of their dark secret. Often the other person is the victim and the abuser decides shortly after an attack to coerce the victim into remaining silent.

There are also times when a victim does reach a point where they decide to speak out about the abuse and tell others. Or there are times when the abuse is discovered by another. In each of these situations, you can expect the narcissistic abuser to attempt to silence those who might expose them.

Intimidation is one common silencing tactic. The abuser might threaten the victim with some kind of harm to the victim. Like most human behavior, intimidation exists on a spectrum and can take various forms. It’s important to understand that the abuser does not need to rely on weapons or physical force to imprison a victim in silence. 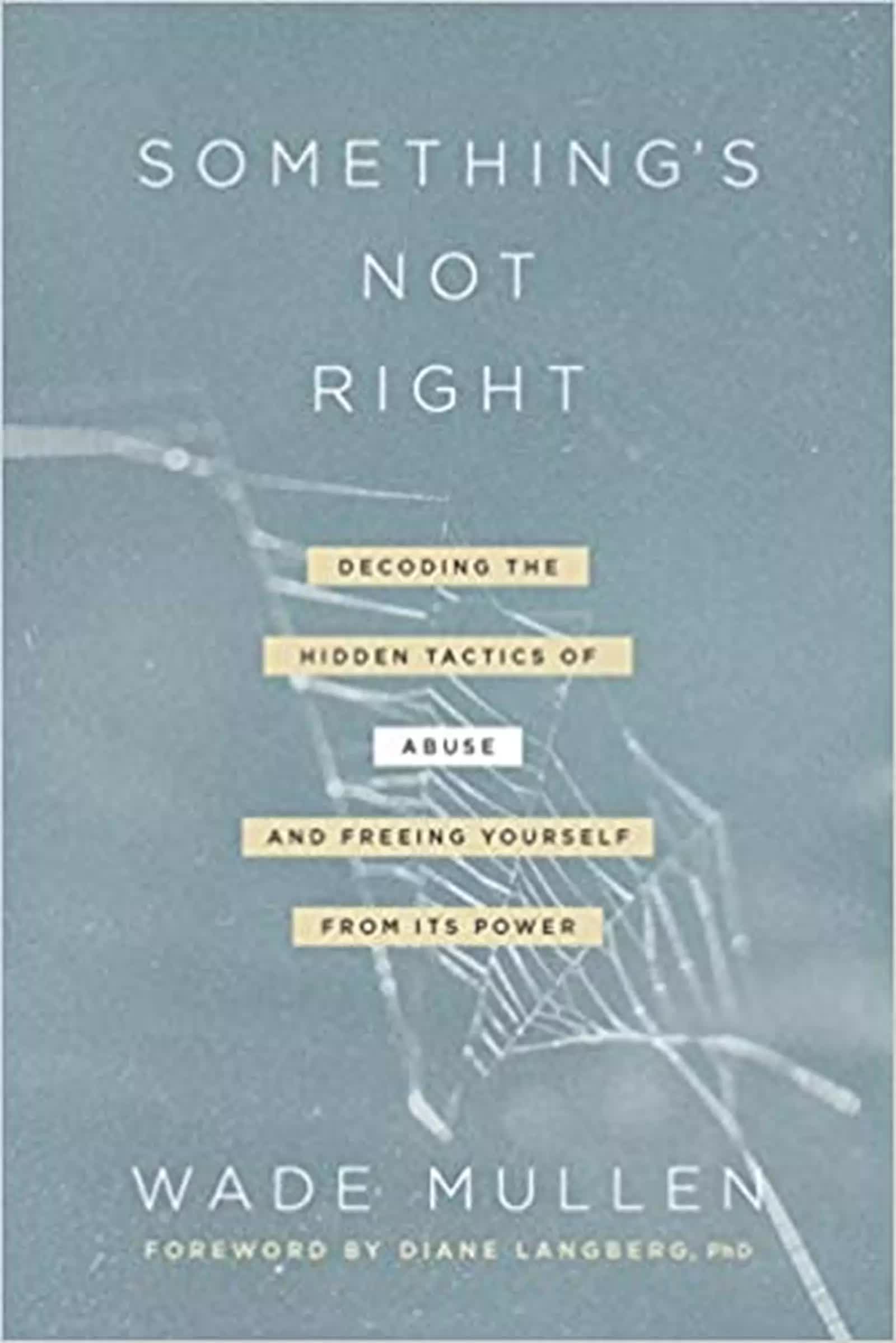 Another common silencing tactic used by narcissistic abusers is to plead for silence as a way of rescuing the abuser from some kind of destruction to themselves. One type of plea used to gain sympathy and help is to threaten self-harm or suicide. The abuser threatens you with self-harm, exploiting your concern for their well-being.

They center attention on their pain and suffering to the neglect of your safety, displacing the pain of the wounded with the pain of the wounder. Since abuse is frequently perpetuated by those in positions of trust—those with whom you are in relationship—this particular tactic is difficult to resist.

Tactics of intimidation and pleading can take various forms, but they are often used to silence the victim and can even be displayed by the abuser in interchangeable ways depending on the situation and audience, as if the abuser is choosing from a closet full of disguises. For example, an abuser can be disguised as a roaring lion one moment and then take the form of a helpless lamb the next.

They are simply using disguises to deceive others into acting a certain way. 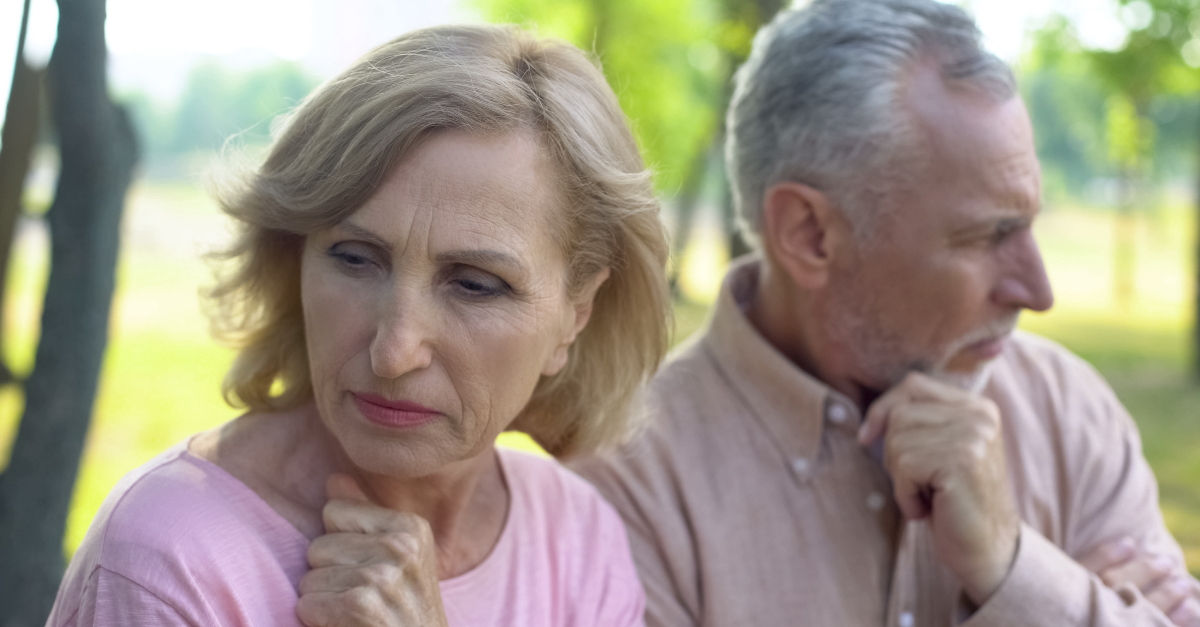 If silencing doesn’t work, and the narcissistic abuser is confronted or exposed, then you can expect to be met with an array of defenses—a fortress of learned deception.

There are four types of defenses abusers are likely to use when confronted: denials, excuses, justifications, and comparisons. Sometimes these are used interchangeably, but most often they are used one after the other, a blueprint of predictable behavior.

The defense of denial says, “That’s not true!”

The defense of excuse says, “I didn’t mean it” or “I couldn’t control myself” or “I’m not the person you should be upset with.”

The defense of justification says, “You deserved what happened to you” or “It’s not that big of a deal.”

These tactics are all used by the narcissistic abuser to weave a web of deception and abuse, entrapping you for their own benefit.

You can protect yourself, and perhaps have the words to make sense of your situation, by decoding these tactics. Seeing many of these tactics used by another person might signal to you that such a person is unsafe and has only his or her own interest in mind.

Perhaps you’ll reach a point of realizing, if you haven’t already, that something isn’t right—and that you aren’t crazy.

Can a Narcissist Ever Change?

5 Warning Signs That You're Married to a Narcissist

10 Things You Can Expect in a Relationship with a Narcissist

8 Reasons Why It's So Hard to Separate from a Narcissist