How to Handle Estrangement from Your Adult Children 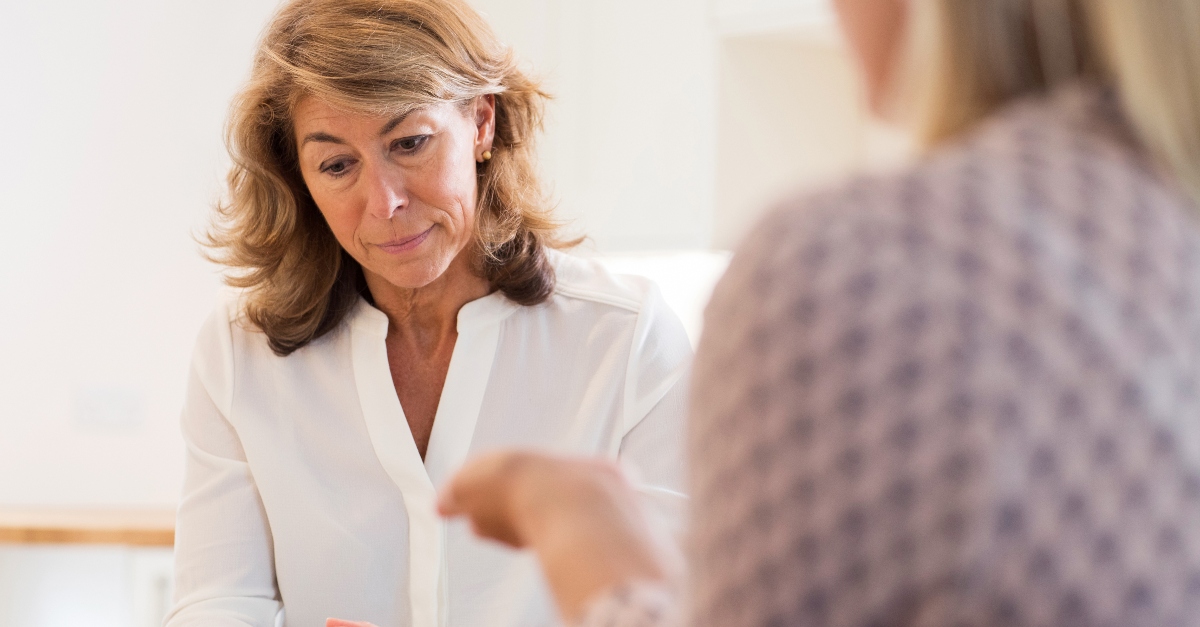 I know far too much about estrangement for one person. My mentally ill and physically abusive mother was suicidal for most of my life. Finally, when I was 25 years old, I told her we needed to go our separate ways until she could get the help she needed and just started treating people better. This wasn’t a knee-jerk reaction to one problem or disagreement. This was after years of trying to establish solid boundaries to live my life in peace, which she refused to understand or respect. Just being around her caused me so much stress that I could no longer be her caretaker and the peacekeeper of the family.

Of course, with any boundary-pusher, things didn’t end there. For years she followed up with threatening letters from lawyers and emails to my pastor saying that I was committing a sin by abandoning my family, as well as asking other family members to contact me to scold me. She even wrote letters to my young children telling them I was keeping them from her and to bribe them with all the Christmas and birthday gifts that she was saving (which turned out not to be true). One time, about 3 years later, she showed up uninvited, walking into my home pretending that everything was normal between us. Because of a recent suicide attempt, this scared me so much I thought about getting a restraining order.

Am I Doing the Right Thing? 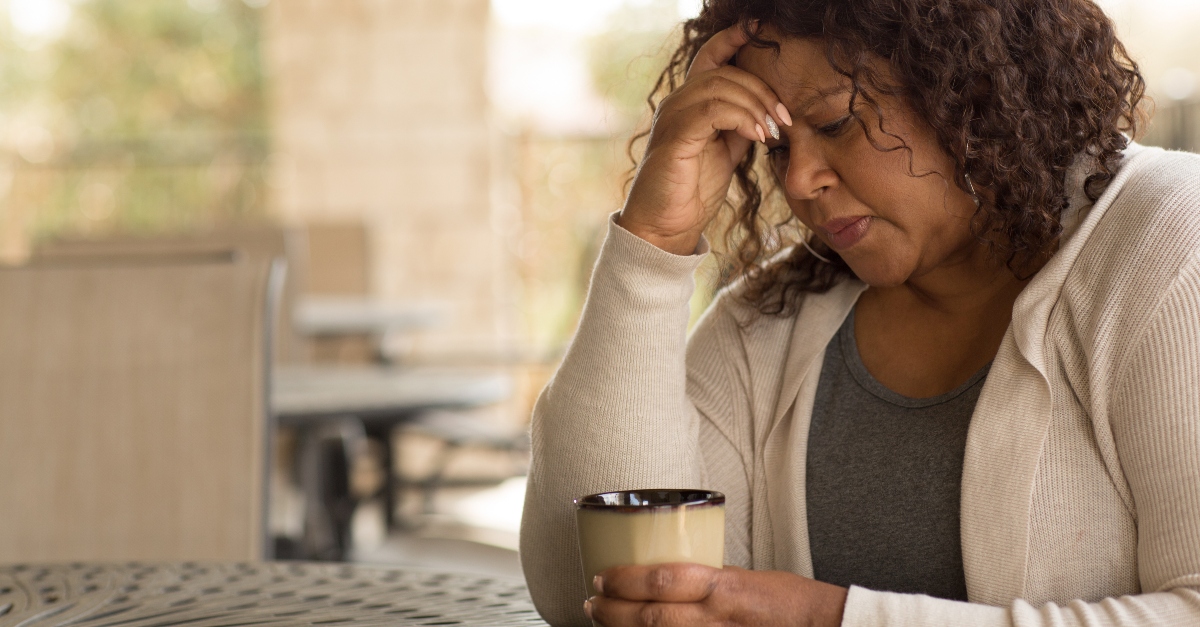 This made things worse by disrespecting boundaries, ignoring my need for normalcy for my children, and only proved my point that there was a need for this estrangement. After my pastor spoke to her, seeing her toxic behaviors for himself, he told me I was doing the right thing. That reassurance was so helpful, because it’s hard to know if you’re doing the right thing when you want to honor your parents as the Bible says, but you’ve always been the family peacekeeper. I was so used to taking the blame for my mother’s behavior, I had a hard time seeing this as her problem to fix and not mine.

A few years after my mother’s mental illness took her life, I was faced with an unwanted divorce. My divorce allowed me to spend years, which I’m still doing, working on my emotional health so I could clear my life of toxicity. I was done being used and abused by everyone. I had to take care of myself for once. This meant I had to narrow my inner circle and separate from a lot of people.

As I had experienced before, when toxic people are faced with boundaries and consequences for their unhealthy behaviors, they tend to lash out and pull everyone onto their side of the fence. This usually involves lies and a manipulation tactic called triangulation (telling lies to two different people to stop them from speaking to each other; gaslighting them both). They tell people that the healthier person is crazy or controlling for not allowing themselves to be walked on or treated poorly anymore.

I hear from hundreds of people every year who share that this is how they too became estranged from their children after a divorce. Because of the lies and triangulation told by ex-spouses and other family members, they were essentially erased from their children’s lives. To me, this is a different type of estrangement than what I experienced with my mother. Yet, here I am, estranged from two of my adult children too. And being blamed for it.

I’ve also talked to married couples who are estranged from their children for similar reasons. They’ve shared that other family members or friends have done the work that an ex-spouse had done in cases of divorce. As parents they had established rules that the teen or young adult didn’t like, and instead of trying to talk it out, they decided to cut the parents out of their lives because someone convinced the child that rules, boundaries, and parenting are bad things.

The reasons for estrangement do not matter, what we do about it does.

I know what it feels like to be a forgotten family member as well as an adult who’s made a life for themselves that they just want other family members to respect. These things have shaped what I believe about how to handle estrangement.

How I Handle Estrangement with My Adult Children 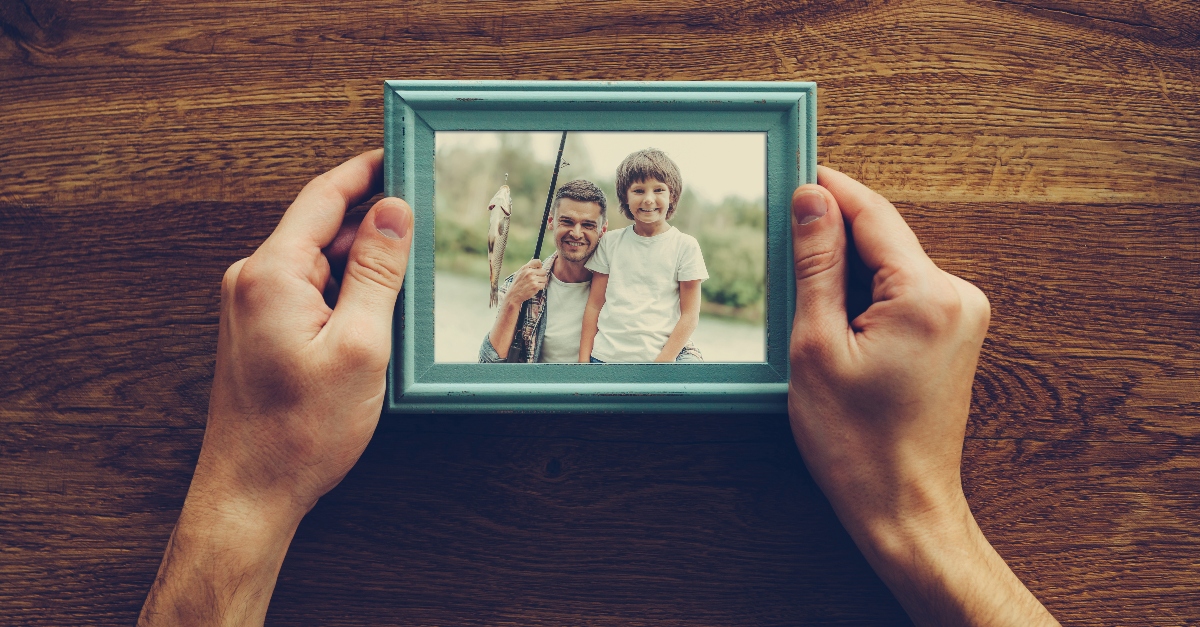 No matter what side of the story you are on, boundaries need to be established before actions are taken. Boundaries are always words first, with an expectation that the other person will respect them, and then follow-through second if they don’t.

First, let’s look at what unhealthy boundaries look like:

1. When you expect another person to know how to treat you.

2. When you expect them to know exactly what they did wrong or guess through passive-aggressive comments.

3. When you harbor resentment towards another person but you hide it.

5. Yelling or scolding someone instead of trying to have a healthy conflict-resolving and listening conversation; just showing up to argue with them.

6. Deciding to stop speaking altogether without warning or trying to resolve the issue first.

Matthew 18 tells us that we should try to talk things out first with those we have an issue with or who have sinned against us. You should tell the other person, calmly, what they did wrong and how they hurt you to seek a resolution and their repentance. You should do what you can to live in peace with everyone (Romans 12:18). But if they refuse to listen, and still want to continue the quarrel or discord, not respecting your feelings or your boundaries, then you can take one or two others with you or ask for your church’s help to try to work things out. After that, there is not much else to do but separate.

Both parents and children have the right to have boundaries for their lives. Parents can have a boundary that they won’t give out money without a relationship, or not at all if they wish. Adult children can say they don’t want their parent’s interference in their lives. And then both sides need to respect the others’ boundaries, even when it’s hard. 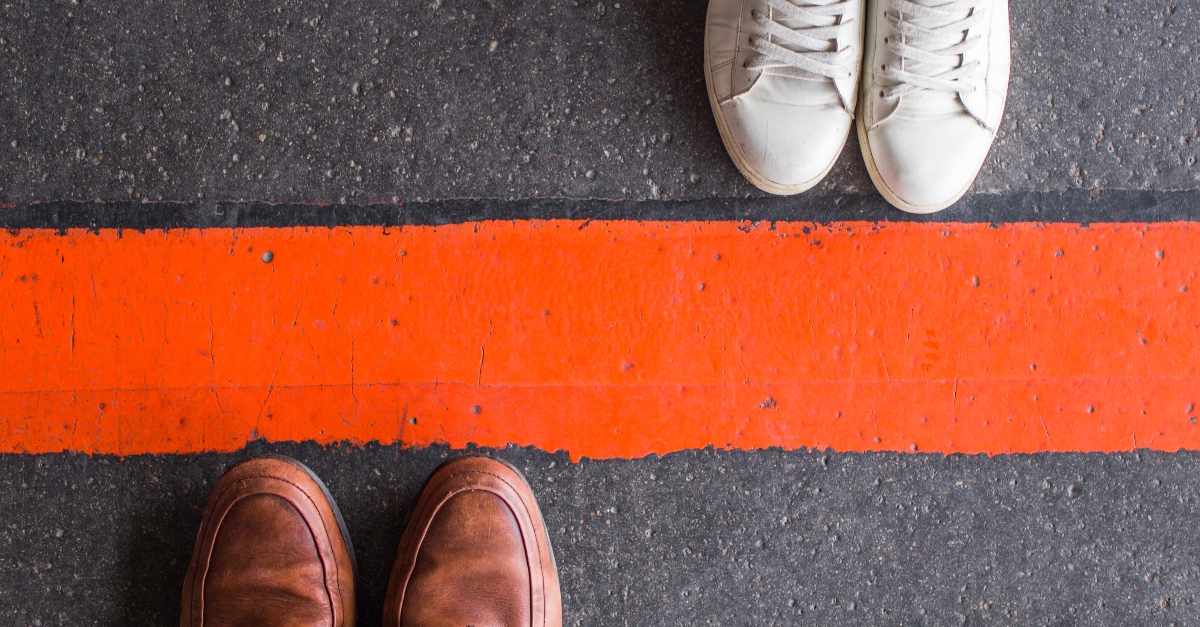 When I told my mother that we could no longer go out to dinner with each other because I didn’t like how she spoke to the waitstaff, she didn’t feel I had a right to make that decision or even tell her how to live her life. When I told her she couldn’t take my daughter to her house anymore because she had left a bruise on her leg from the hairbrush, she called me names and said I couldn’t keep my children from her. This is disrespectfully saying to another adult, “you do not get to make your own decisions for your own life and family, even though you’re an adult.” This was her saying only she had rights and we had none.

That is why when my children decide to stop speaking to me or when they try to set a boundary, even if it’s not in the healthiest way, or cut me out of their life, I respect their choice. They are now adults (the last one is almost an adult) and I’m proud of them for making assertive decisions about their lives; I don’t want them to be me! I don’t want them to be treated how I was.

I still believe toxic people are influencing their decisions, but I don’t try to control the narrative by pushing my way past their boundaries. I want to be a healthy example, even from afar. I refuse to be disrespected but I also give that same amount of respect that I expect from others. I also trust God that the truth will eventually come out. There is nothing hidden that He won’t bring out into the light to be known by all (Luke 8:17).

3. Create Space for Healing, but Don’t Force It

I try very hard to respect another person’s boundaries, but I can’t force anyone to work on themselves either. My children are young adults. They may need to go through many things before they realize the emotional healing they need in their lives, especially to stop the generational curses of family dysfunction. It was only after my divorce, at almost 40, that I started doing the deep work that has allowed me to create space for healing and healthier relationships. Expecting them to know all of this in their early 20’s is unfair of me. I have accepted them for where they are, not where I want them to be.

While I wait for God’s timing and healing, I will hold space for my children. I’ll pray for God’s protection, for Him to be present in their lives, and for them to know that He’s pursuing them, wanting to have a relationship with them. Maybe they’ll see they want to have a relationship with me as well, but if not I’ll be content knowing that God is always with them, even if I am not. This is not about me, this about their life here on earth! God is still their Father and He loves them most of all.

What the Bible Says about Handling Family Estrangement 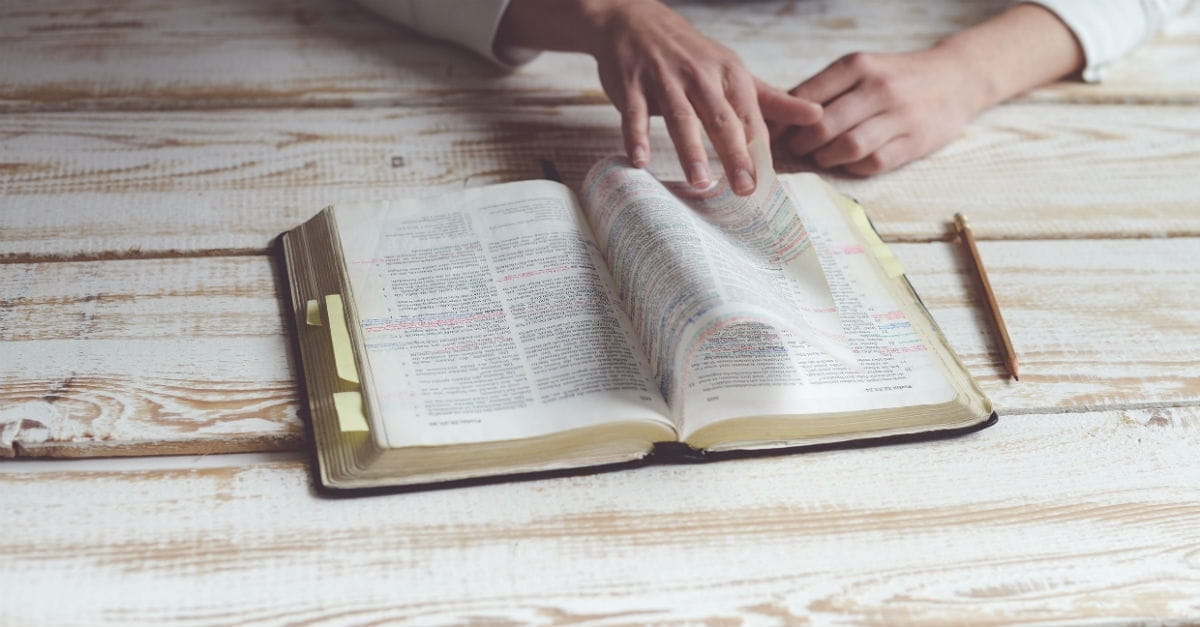 When I look to God’s word for how to handle reestablishing a relationship after I’ve been hurt by toxic family members, I think about the story of Joseph (Genesis 42-50).

Many years after his brothers sold him into slavery and staged his death to cover their sins from the rest of the family, they suddenly came back into his life (all God’s doing). I can only imagine how hard that must have been for Joseph; all the feelings of sadness, anger, and a reminder of family members that he hasn’t been able to see because of these brothers’ evil schemes.

Joseph did not run back home anytime after he was freed from slavery. He did not push a reconciliation, he waited on the Lord. And I love that he didn’t just run to his brothers immediately after seeing them, seeking revenge or to arrogantly tell them who he was—he had matured since his youth. No, instead, he tested them to see if their hearts had been changed by God and they’d spiritually matured as men. Joseph’s testing revealed their hearts and even brought them to repentance, which paved the way for forgiveness and reconciliation. It was God’s redemption in their lives.

If you are a parent estranged from your children, my heart goes out to you as well. I wish I had all the answers. I know how hard this is. Each birthday and every holiday are reminders that the child you nurtured in your womb, nursed, or cared for while they were sick, doesn’t believe you are worthy enough to be in their life. Maybe like me, you are missing time with your grandchildren as well. The only way to get through this time is to keep trusting God and seeking His healing in your life.

Many of God’s children have denied Him as well; they curse Him and refuse to have a relationship. God knows your pain. He will comfort you and walk with you. Remember that He loves your children more than you ever could; He’s there for them too. Pray that He will heal and redeem your relationship in His perfect time.

Related Resource: Listen to our FREE podcast, Teach Us to Pray with Christina Patterson. You can find all the episodes at LifeAudio.com. Listen to our episode on desperate prayers right now: