Pornography is not a new phenomenon by any stretch of the imagination. It is not some spawn of the internet or byproduct of the digital age. The creation and distribution of sexually explicit material designed to arouse viewers and feed human lust has been in practice for centuries.

Today, pornography has simply become more ubiquitous and accessible, made readily available to anyone with a smartphone, tablet, or laptop.

But make no mistake. Watching pornography or having anything to do with the proliferation of pornography is sin for several reasons.

The word pornography did not become part of the common language until the 19th century, even though its practice and origin can be traced back to ancient times.

According to the Online Etymology Dictionary, the word “pornography” emerged in the 1840s as a combination of the Greek words, porneia and graphe.

Porneia, when translated, points to fornication, prostitution, adultery, sexual immorality, and other forms of filth and perversion. And we actually see this word used throughout the New Testament.

Graphe is the Greek root for various forms of writing, drawing, or expression.

The word “pornography,” therefore, implies the description or depiction of sexually explicit content designed to sexually arouse the reader or viewer.

That is, in essence, the intention behind nearly every form of pornography, both past and present.

And thanks to advances in modern technology, explicitly sexual content can be captured through photography and film, preserved in print or other digital media, and shared via the internet.

Plentiful. Inexpensive. Accessible. This is the world we are living in when it comes to the proliferation of pornography. 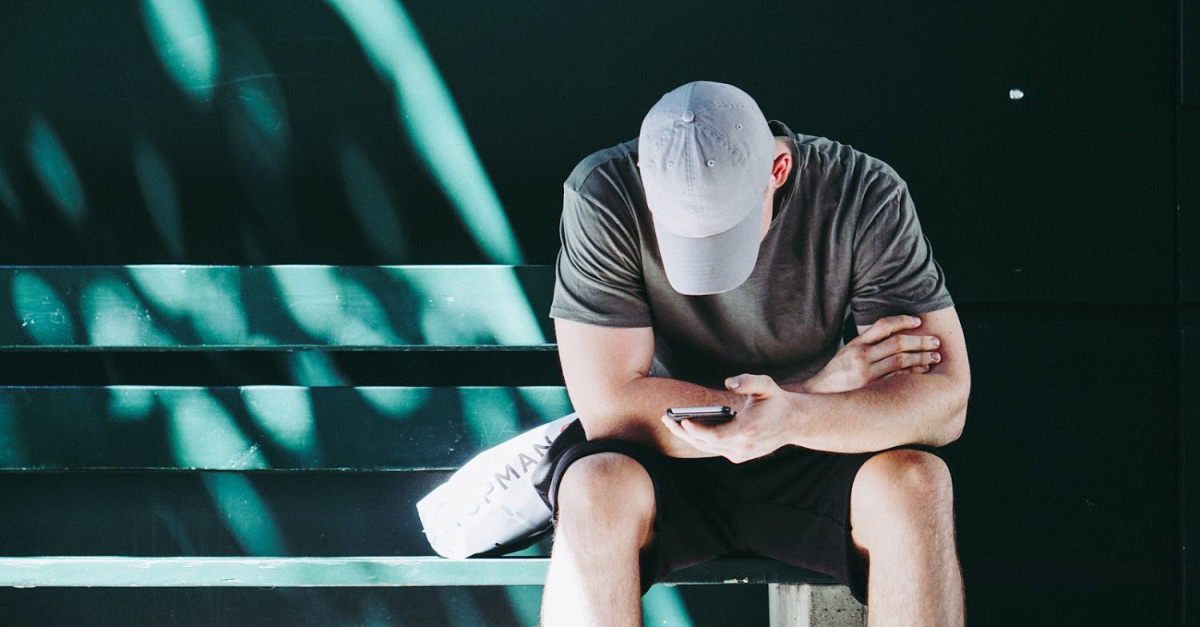 How Pervasive Is Pornography?

As mentioned before, the ease at which the average person, including now our children, can access pornography at any moment is alarming. But how pervasive is pornography? Here are just three alarming statistics:

3. According to NBC News, pornography is has become a global, $97-100 billion industry, with $12-15 billion coming from the United States.

1. A study by the University of New Hampshire found that 93% of boys encounter some form of pornography before they turn 18.

2. Psychology Today estimates that most children are exposed to pornographic material by the time they are eight years old.

3. Statistics from the National Center on Sexual Exploitation say that 64% of young people, ages 13-24, search for pornography at least once a week.

5. A 2018 Gallup poll found that nearly 43% of Americans now believe that pornography is “morally acceptable.” That is a near 7% jump from the previous year and an almost 13% increase from 2011, when this poll was first conducted.

Needless to say, Gallup’s survey reveals that Americans have become increasingly liberal in their views of “acceptable” sexual behavior, including pornography.

Satan has sharpened one of his most effective weapons and brought it to bear with unrelenting force on society and the church.

Unfortunately, like many forms of sin, pornography exists in a world that consistently attempts to blur and even shift the line between what is right and what is wrong, abandoning God’s standard of morality and justice in favor of their own. 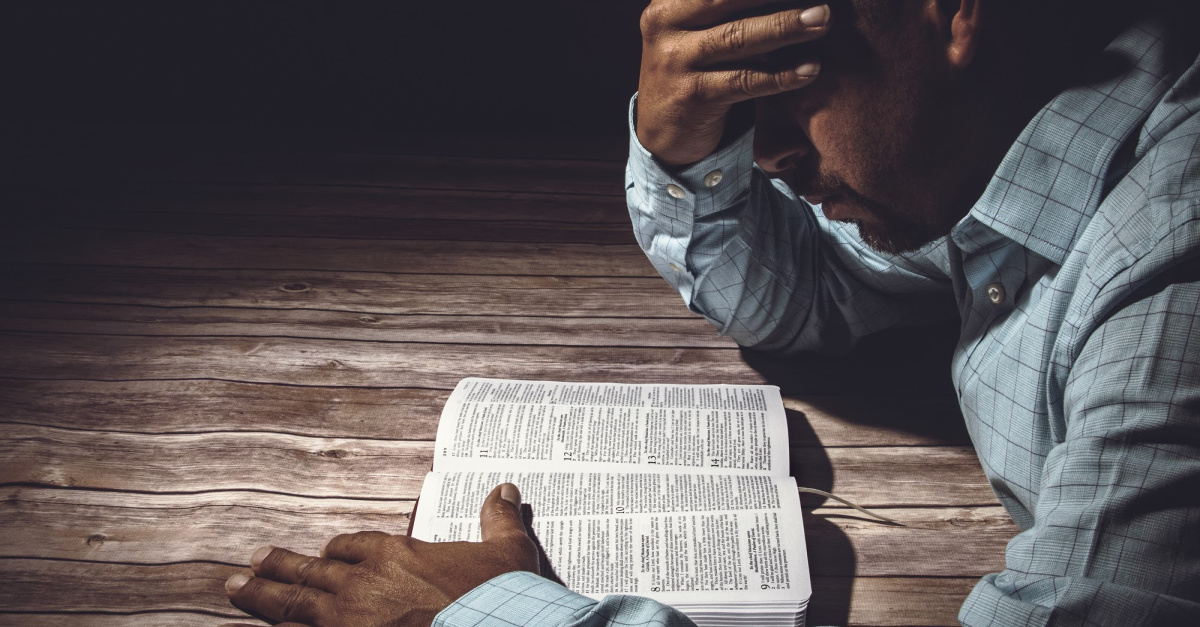 What Does the Bible Say About Pornography?

If you’re looking for a specific verse or passage from the Bible that addresses the topic of pornography by name, I have bad news for you: you won’t find one. The term pornography is not specifically mentioned or condemned by name in Scripture, which may be why this question is being asked.

However, the Bible is clear about God’s expectations for His followers, particularly when it comes to personal purity.

Pornography removes sex from the context of marriage and uses words, images, and thoughts to feed the desires of the flesh with a false promise of intimacy offered through self-pleasure rather than meaningful, God-honoring relationship. It promotes personal sexuality and instant gratification over relational intimacy and self-control. And in the end, pornography encourages the viewer to desire and objectify others outside of marriage.

This is why Job wrote:

I made a covenant with my eyes not to look lustfully at a young woman. For what is our lot from God above, our heritage from the Almighty on high? Is it not ruin for the wicked, disaster for those who do wrong? Does he not see my ways and count my every step? – Job 31:1-4

...but I say to you that everyone who looks at a woman with lust for her has already committed adultery with her in his heart. – Matthew 5:28

Many people dabble with pornography, assuming it can be a harmless pastime, but there is nothing passive or harmless about sin, even small or casual forms of sins. As Solomon wrote:

God’s instruction regarding sexual sin, even the small, socially acceptable sins, were remarkably straightforward and even extreme at times.

But among you there must not be even a hint of sexual immorality, or of any kind of impurity, or of greed, because these are improper for God’s holy people. – Ephesians 5:3 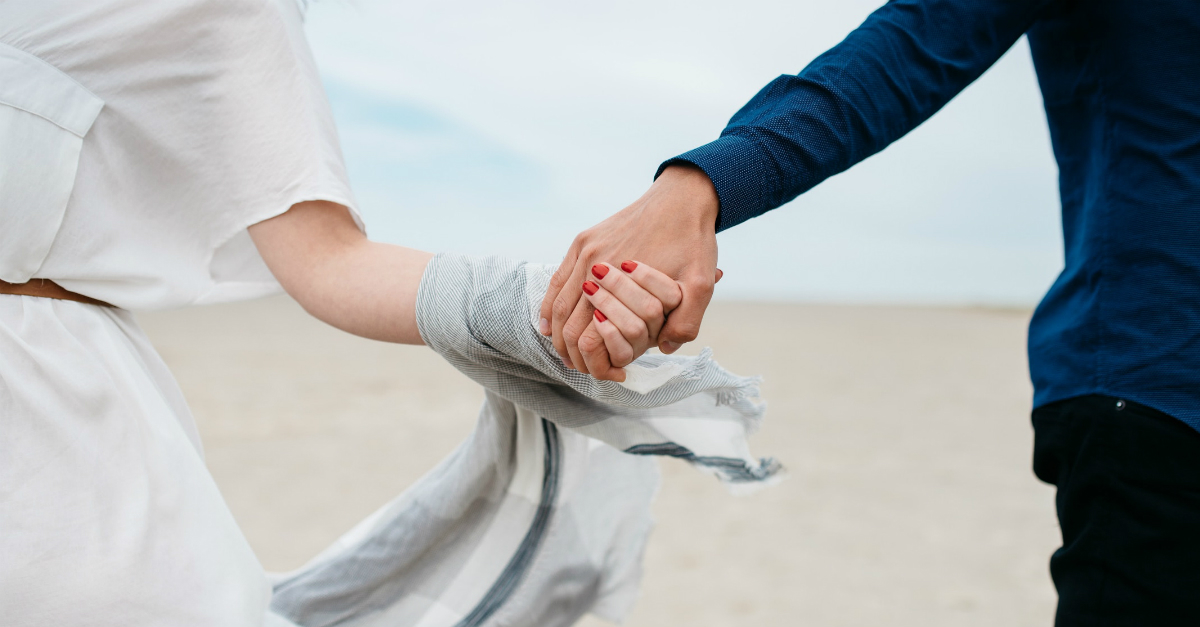 Rather than dabbling with sin, Scripture instructs us to run from it:

Flee from sexual immorality. All other sins a person commits are outside the body, but whoever sins sexually, sins against their own body. Do you not know that your bodies are temples of the Holy Spirit, who is in you, whom you have received from God? You are not your own; you were bought at a price. Therefore honor God with your bodies. – 1 Corinthians 6:18-20

Jesus taught us to stay vigilant, on guard (1 Peter 5:8), and always intentional about what we look at or listen to or allow into our bodies, the place where God resides (1 Corinthians 3:16). Jesus said:

Above all else, guard your heart, for everything you do flows from it. Keep your mouth free of perversity; keep corrupt talk far from your lips. Let your eyes look straight ahead; fix your gaze directly before you. – Proverbs 4:23-25

Sexual temptation can be an incredibly powerful storm to resist, but once hooked on pornography, it can become even more difficult for many to walk away.

God, however, did not leave us defenseless in our fight against temptation. Scripture reminds us:

No temptation has overtaken you except what is common to mankind. And God is faithful; he will not let you be tempted beyond what you can bear. But when you are tempted, he will also provide a way out so that you can endure it. – 1 Corinthians 10:13

Finally, be strong in the Lord and in his mighty power. Put on the full armor of God, so that you can take your stand against the devil’s schemes. – Ephesians 6:10-11

Submit yourselves, then, to God. Resist the devil, and he will flee from you. – James 4:7

Instead of allowing ourselves to be overwhelmed by constant sexual thoughts and insatiable desire, we are to remember that:

Noticing is not sin. It’s when that attraction becomes covetous lust that we have a problem. It’s not the first glance, it’s the second, sustained glance that God warns against.

God calls His followers to flee sexual temptation in all of its forms, and that includes pornography.

However, the real consequence of watching pornography—apart from the potential physical, mental, financial, and social side effects—can be found in the spiritual aftermath that comes from disobedience and distancing oneself from the promises of God.

As it is written: