11 Things to Know about the History of Thanksgiving 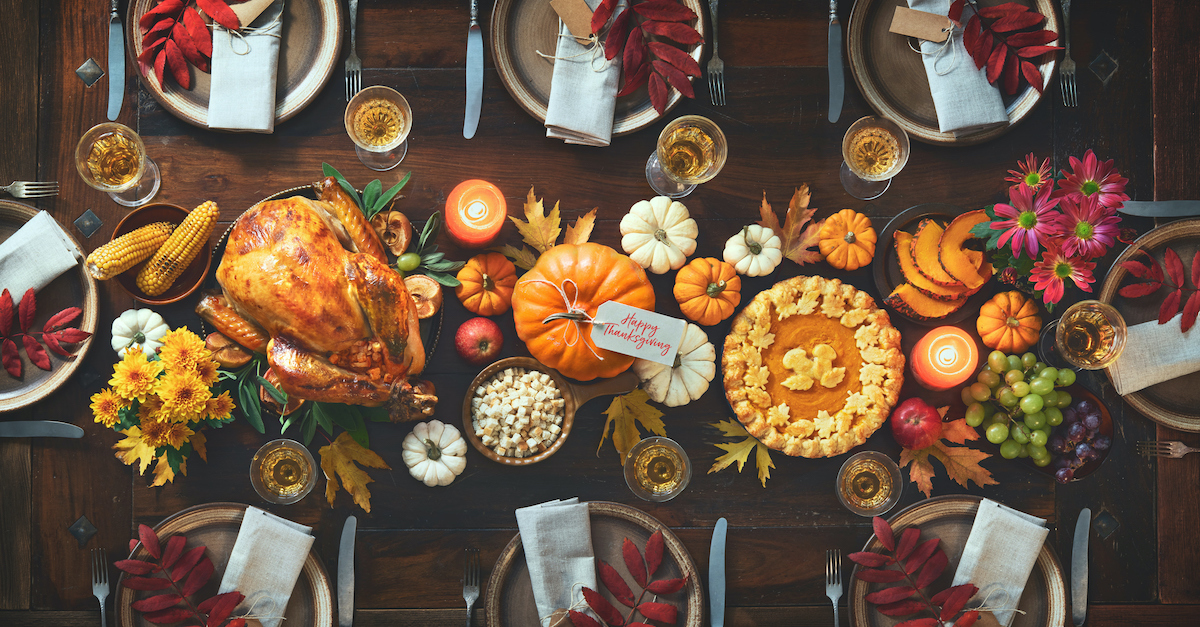 In this eleventh month of the year, this marks the month where we come together with our family and friends and give thanks for all the blessings and opportunities of growth, we have experienced this year. We also celebrate the love of those around us and hope that we can join together again in the next year.

For 2020, just like with every month this year since March, Thanksgiving Day might be a little different to several of us. We may be spending it apart or with limited time together, but the meaning of Thanksgiving, its roots centuries ago, should be brighter this year than ever before.

So, to commemorate the first official Thanksgiving in 1621 in Plymouth, Massachusetts, here are 11 facts to know about Thanksgiving, including how it originated, the first Thanksgiving between Europeans and Native Americans, and the traditions we hold dear today.

1. Thanksgiving actually began as a time of fasting and prayer to God.

The origin of Thanksgiving was never meant as a holiday to celebrate with loads of food, as early colonists in New England were used to celebrating “thanksgivings,” which were days of prayer and fasting to God. Most were to commemorate military victories or surviving environmental changes like droughts. So while, we enjoy feasts of food at Thanksgiving, the feast is not necessary for the act of giving thanks.

2. There might be evidence the first Thanksgiving happened before Plymouth.

The first Thanksgiving held in 1621 in Plymouth, Massachusetts might be where many believed the traditional holiday began, but there are several earlier accounts of the breaking of bread in thankful celebration. One account states that in 1565, Spanish explorer Pedro Menendez de Avile, in St. Augustine, Florida, may have invited members of the Timucua tribe for a meal after holding a mass to thank God for the explorer and his crew’s safe arrival there. Settlers from Britain might have also commemorated a day of thanksgiving to God in December 1619 when they got safely to the banks of Virginia’s James River. Canada was holding their own Thanksgiving celebration starting in 1578 to commemorate a successful expedition in Canada and to give thanks for the safety of those involved. Though Parliament made Thanksgiving official in 1879 to be on November 6th, Canada’s Thanksgiving has been the second Monday of October since 1957.

3. The Pilgrims were greeted in Plymouth by English-speaking Native Americans.

The Pilgrims, who were religious separatists escaping England for religious freedom, found their journey to the new land to be quite treacherous. For those who survived the harsh winter, the spring brought to them an Abenaki Indian who spoke English. He then introduced the Pilgrims to another English-speaking Native American named Squanto, who had been sent to England as a slave and escaped back to his homeland and Pawtuxet tribe. Squanto was not only responsible for teaching the Pilgrims how to harvest food and catch fish, he also helped them form an alliance with the Wampanoag tribe.

4. The first Thanksgiving in Plymouth might have had a menu of duck, deer, and fish. 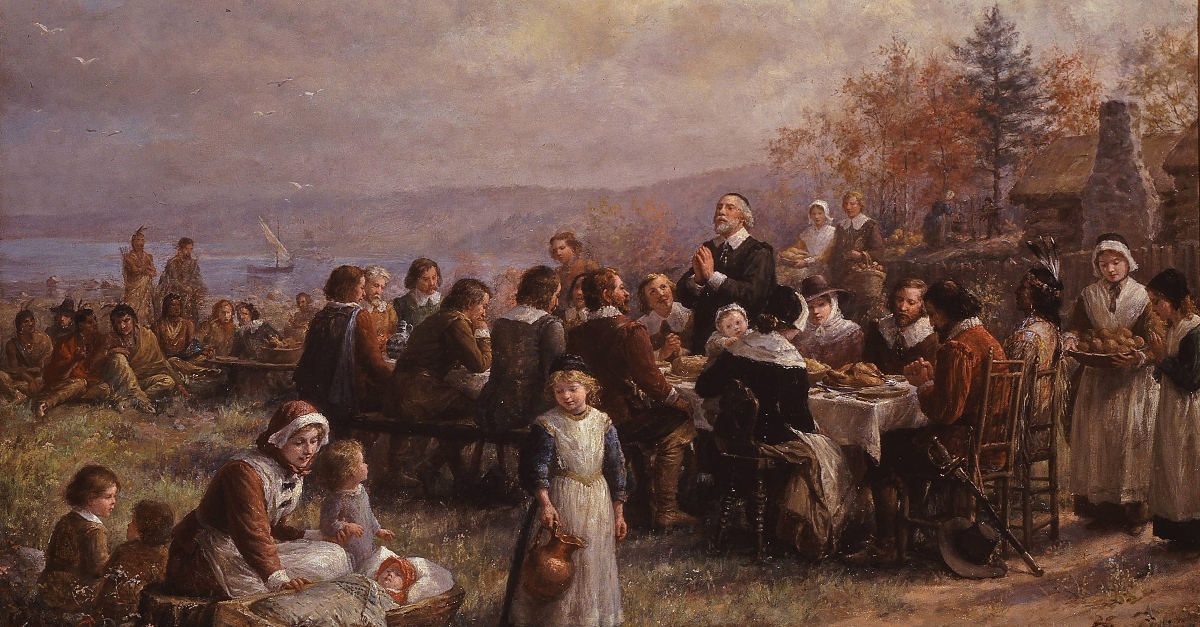 Though we love our turkey and ham on Thanksgiving, the food that first Thanksgiving was probably based more on what could be hunted or caught nearby. The Pilgrims and the Wampanoag tribe came together in celebration of the first corn harvest for the Pilgrims and the feast lasted for three days. The Pilgrims probably brought in geese and ducks, while the Native Americans contributed deer, shellfish, vegetables, and even eel to the meal.

5. The first Thanksgiving might have had races, shooting guns, and forming a treaty.

Eating together wasn’t the only thing that the Native Americans and Pilgrims did for three days in November 1621. They might have held races together, shot guns, and drank liquor (possibly beer). Their union also formed the establishment of a treaty that remained intact between the European colonists and Native Americans until King Philip’s War from 1675 to 1676 that led to many on both sides being killed and tensions continuing from then onward between settlers and Native Americans.

6. A national Thanksgiving was met with controversy.

The decision to make a national Thanksgiving holiday for the emerging United States was in the works, with the national declaration set by the U.S. Continental Congress with the enactment of the Constitution. However, after 1798, the new congress determined it would be better for the states to decide if they wanted to celebrate Thanksgiving or not. Some didn’t want the government involved in a religious holiday, while others didn’t like the use of partisan speeches and parades. Thanksgiving also being a tradition started in New England meant some in other states had to grow accustomed to it.

It wasn’t until the mid-nineteenth century that consideration for a national Thanksgiving holiday emerged again, thanks to magazine editor Sarah Josepha Hale of Godey’s Lady’s Book. Hale also is known for writing the children’s nursery rhyme, “Mary Had a Little Lamb.” She encouraged then-President Abraham Lincoln that a national Thanksgiving holiday would promote unity among the different states, and he proclaimed it so on October 3, 1863, during the Civil War. The day was set for November 26th and was also helped by the Northerners being in control of the government.

8. Thanksgiving might have been a week earlier to coincide with Christmas shopping.

While the United States was grappling with the war and finally getting out of the Great Depression, President Franklin Delano Roosevelt thought it might be a good idea to change Thanksgiving to the third Thursday of November to encourage the shopping season for Christmas. However, not everyone agreed and after much deliberating, the proclamation was given in 1942 by FDR to have Thanksgiving on the fourth Thursday in November.

For all our football fans, can you believe that football wasn’t part of Thanksgiving until 1876? It’s true, as it wasn’t until the football game of 1876 between Yale and Princeton that the beloved pigskin became synonymous with family time around the dinner table. In addition to watching a big game on TV, you and your family may play, or you may see your neighbors playing, a friendly game of football in the front yard as a family building. 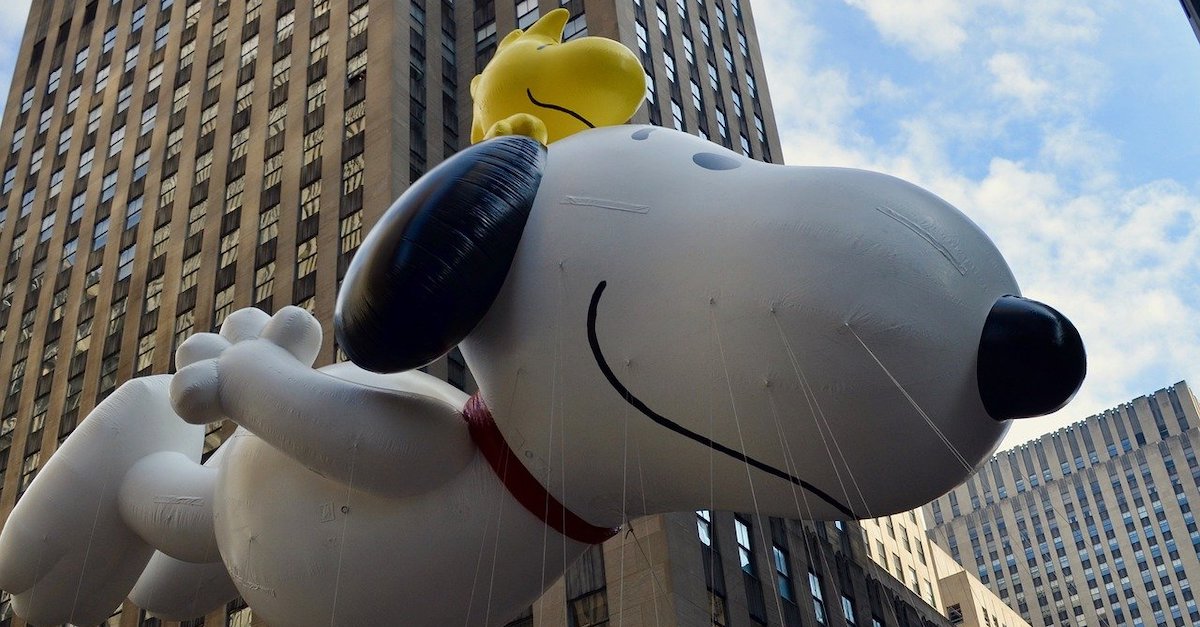 Before we delighted in watching large balloons move gracefully (or not so much) along the streets of New York City, the late 1800s had people dressed in costume as part of parades to celebrate Thanksgiving. In 1920, Gimbel’s department store in Philadelphia decided to add to this by including Santa at the end of the parade. But it wasn’t until 1924 when Macy’s set the standard in Thanksgiving Day celebration with the Macy’s Thanksgiving Day Parade, introducing balloons to the parade in 1927. This year will look a bit different, of course, but Macy’s Thanksgiving Day Parade is set to move forward so that people can still enjoy it from home on their TVs.

11. Turkey is the Official Choice Meat and gets Pardoned.

According to the National Turkey Federation (yes, there is one), nearly ninety percent of households in the United States eat turkey for Thanksgiving. For some turkeys, their fate wasn’t sealed on the 26th, as the tradition began in the mid-twentieth century for the current president to pardon one or two turkeys from the dinner table and allow them to “retire” on a farm somewhere to live out their lives.

It is most important to remember what Thanksgiving was from the start; not just a holiday to watch the Macy’s Day Parade or eat turkey around the table wearing a Pilgrim hat. It is to remember the origins of Thanksgiving, being thankful to God for His provision and grace when we wouldn’t be guaranteed it otherwise. So, this Thanksgiving, take the time to thank God for all He has provided this year during a year of struggle and remember that He has been there from the start.