8 Pieces of Popular Dating Advice That Christians Should Ignore

“All is fair in love and war” yet through time society seems to ever evolve with rules to dating. Many of these unspoken rules hold their weight and help establish good manners, boundaries, or proper expectations.

However, through the course of time many rules old and new should greatly be ignored—especially by Christian singles.

1. The Guy Should Make the First Move

Often times it will be said that the man should be the first to make a move or intention in a relationship, but truth be told even in the Bible that is not always how things panned out.

In the Book of Ruth, we see Ruth in fact make the first move towards a relationship with Boaz from the encouragement of Naomi. Ruth and Boaz previously met and had conversations, but after a period of time passed Boaz made no real embarking towards anything romantic with her.

Naomi can sense what a great match they would be, and encourages Ruth to make her feelings and hopes known. She does this and Boaz and she in the course of things are married.

In the same way, there are several reasons why a man may earnestly want to make a move, but hesitates. For many the fear of rejection, uncertainty of how to approach, concern for ruining a friendship, or purely being shy may play a factor into why there has been delay, but that does not indicate that the entirety of the relationship will follow such a pattern.

In Ruth’s story Boaz reveals he is shocked that Ruth would be interested in him, when she could seek relationship with younger men (Ruth 3:10). We can see in this story it was not that Boaz did not have interest, but he likely felt he did not have a chance with Ruth, so Ruth’s actions unveiled the truth Boaz was unsure about.

Pursuit from the man can come throughout the relationship, but there is nothing wrong if the woman makes the first move.

‘Mums the word” has become the way to keep the status quo in a world where just about anything seems to trigger or set off others, but when it comes to dating open communication is vital.

It does not need to be on the first date, but opening up about core beliefs or convictions should not be avoided. Much of opening up about one’s principles in faith will only increase connection through vulnerability, or reveal perhaps that the match is not equally yoked.

Paul encourages in 2 Corinthians 6:14 to be paired with someone who is your counter-part in faith. This does not require being in agreement with every facet of faith, but the most crucial convictions should be shared. When it comes to politics the area is far more in the gray, but it does help the couple to have deeper and more involved conversations about worldview, outlooks, and reasoning’s.

Entering into the territory of these conversations must be held with consideration and open hearts and minds as to why the other person holds confidence in such beliefs, and in the same way taking into account that God is always helping us grow stronger in knowing Him.

From becoming vulnerable in conversation, we may come to know more of His heart and grow together in difficult and courageous discussion. Don’t fear wading into the deep end!

There is no harm in dating being fun or enjoyable, but it should not be considered a pastime or taken just casually.

A date in itself is one in which two hearts spend time together, and as hearts often do attachment can occur. If one of the parties is capricious or nonchalant and the other invested there will cause inevitable pain.

It is not to say that deciding upon a first date is a marriage agreement, but it is kind to be aware that dating over time with no real intention likely will eventually cause hurt to one or both parties.

John Eldredge has a plethora of resources concerning soul ties and how they can restrain us from living the potential of a full life when we are still tied to previous relationships. Dating without regard that the other person may form real feelings is not treating the other person with respect.

Hearts are fragile, handle with care.

4. If You are Both Christians, Just Get Married

Throughout my time in Christian circles and church I have more than once heard pastors encourage young people and many peers that if they are both of the faith, they should just get married.

This is not to say they are wrong, but they are not necessarily correct either. Sharing the foundation and core beliefs of the faith is imperative, but it does not mean that two souls should then automatically marry.

God made each of us dynamic, and in doing so not every Christian will be compatible with another in the context of marriage. Marriage is a vow and commitment before God Himself, and it should not be entered into out of pressure, guilt, or the feeling of obligation.

We readily approach God for jobs, money, or healing, but if we truly seek to be in relationship with Him first and foremost, should we not also trust His answers when it comes to marriage?

It is one where the question of, “Is this person the one You have for me?” is terrifying to ask, but also know God desires to comfort you with the answer--either way. Listen to God more than you listen to man. 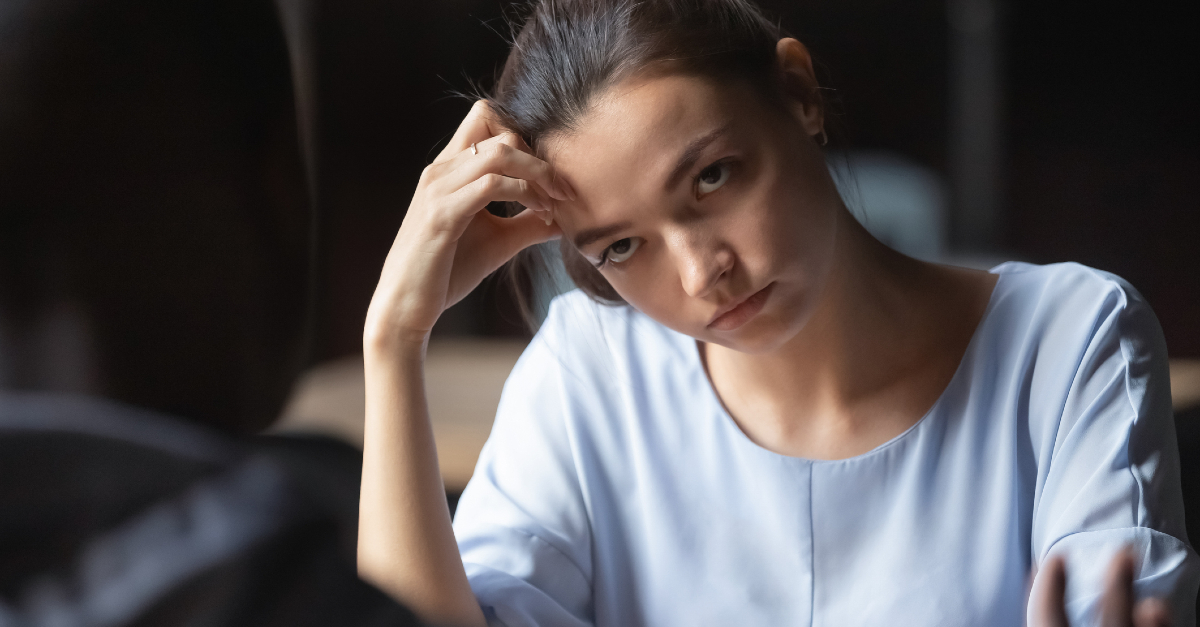 5. If You Have Been Dating for X Amount of Time, Just Get Married

This tension at many times will inevitably result in ultimatums. In most cases, ultimatums are guilt trips forcing a change.

Pushing someone into marriage seldom will in time result in a happy life, and it can in fact foster resentment bottled up.

Healthy communication and discussion about long-term intentions is not an ultimatum, but imposing that because of a certain length of time dating must require a ring is answer enough in itself.

In addition, timing on marriage must be taken into consideration with God. God desires an authentic relationship with His children, and that is not reserved to only parts of one’s life, God desires for us to be fully abided in Him, which would include the whole of our lives, not just the part.

Marriage must be one where God is the center and head, and that includes His timing. Do not let the world or those around you rush what God is doing, nor decide your fate.

Go before God with an open heart, mind, and ears and follow His lead. His path is not always easy, but it is for the best.

A frequent saying by many is that in order to determine compatibility of a couple that physical intimacy must be measured or tested previous to a wedding. This is counter to what God’s Word intends for us.

Hebrews 13:4 calls that the marriage bed be kept pure, but that is not something God urges to be unkind. Intimacy physically is a holy act, it is something in which two souls mingle and it incorporates mind, body, and soul.

Compatibility is not one that must be determined physically before marriage, for in marriage the two will grow together to become one. Much of the blessing of journey of becoming one is navigating it together.

Another dating rule to completely throw to the curb is the ignorant idea that if you or the other person is over thirty and unmarried there is something wrong.

Ecclesiastes 3 reminds us that in life, “there is a time for everything, and everything in its time.” This reminds us that God has specific and perfect timing for all seasons in our lives, and for some seasons in which relationships reach full bloom or prime come later.

This does not mean that there is a deep-seeded flaw in the person, or that they missed the mark somewhere. It purely means God has not opened that door yet, but it is only His to open.

It is God’s kindness that often He withholds opening those doors to us, for in the meantime He is fostering and growing other aspects of personality, lives, and characteristics in order that we would be ready for what awaits on the other side of the door.

Do not let age hold you back from what God says is His perfect timing for a life, we must trust He knows what He is doing.

A final rule to ignore is to quit being picky, in fact it is a good thing to have standards.

What many would deem being picky is in truth you know your worth. You are a child of the Most High God, so live as such. Just because others may have does not mean you need to settle.

Know that you are not perfect, nor is the person you one day may marry perfect, but you both are still so very worthy of God’s best. Let God be the One to define what His best looks like in a mate, let Him have the pen.

He created you, so trust that He knows your heart better than you do and rest in His answers to you. Partner with Him without confining boundaries to help you see that what some would consider picky is in fact the starting ground for what His requirements are for your spouse. Let God do the writing, and trust the story will be a good one.

Dating Rules are ever-changing within the world, but frequently they harm more than they help in certain cases. Using good discernment, partnering with God in every instance, and resting that He cares more about your dating life than you could ever imagine will guide you well in navigating such journeys.

Be kind to others and loyal to God above all else and what He asks of you and you will in His timing see the fruit of blessing.

Cally Logan is an author and US History teacher from Richmond, Virginia. In her free time, she enjoys mentoring youth and spending time in nature. Her book, Hang on in There, Girl! Will be available everywhere on April 1, 2022. Check her out on Instagram and Twitter, @CallyLogan and TikTok Cally_Logan.