What Was Jesus’ Ethnicity and Nationality?

What Is the Difference Between Ethnicity and Nationality?

Before we consider the ethnicity and nationality of Jesus, it is helpful to define those terms because many people confuse them.

Ethnicity is largely a cultural term. Cultural characteristics define people who belong to specific groups. Language or accent can help define a person’s ethnicity, and religion plays a part too. Social customs, styles of dress, hairstyles, preferred foods and dietary restrictions or preferences are also part of a person’s ethnicity.

Nationality is more of a legal term. The legal perception of belonging to a specific nation has to do with a person’s citizenship, whether by birthright or by naturalization. Besides those terms, many people discuss “race,” said to involve physical characteristics such as skin, eye and hair color, hair texture, facial features, and even physique. Physical characteristics can vary within different ethnicities.

A growing number of people believe race is a social construct with no scientific basis. Apologist and former pastor Dr. Voddie T. Baucham, Jr., said the concept of race is not a biblical concept, except that we are all “one race in Adam.” From a biochemistry perspective, he said, we are all shades of the same color — varying degrees of melanin. Yet others believe there are, besides one holy people in Christ (1 Peter 2:9), different races or “kinds” of people within humanity. This article only considers ethnicity and nationality.

What Does the Bible Say about Jesus’ Nationality?

Legally, Jesus’ nationality was Jewish. He was born to Jewish parents in Bethlehem, in the southern portion of the Judean Mountains in what is now called the West Bank of present-day Israel. Bethlehem’s rich history as the “city of David” (Luke 2:4) — King David’s hometown — was an important part of Jesus’ earthly claim to Messiahship, a fulfillment of prophecy 600 years earlier (Micah 5:2). The Bible chronicles His birth (Matthew 1:18-25, Matt. 2:1-2; Luke 1:26-28; Luke 2:1-20) during Herod the Great’s reign. His earthly parents, Mary and Joseph were from the northern area of Galilee in Nazareth. As citizens of Nazareth, they traveled to Bethlehem in Judea during a census decreed by Roman Emperor Caesar Augustus (Luke 2:1). They went to Bethlehem because Joseph was “of the house and lineage of David” (Luke 2:4-5).

Matthew 1:1-17 traces Jesus’ ancestry from Abraham through David (Joseph’s lineage), and Luke 3:23-38 traces His ancestry from Adam to God (Mary’s lineage).  Jesus’ nationality might be addressed by several terms because technically his ancestor Abraham was a Hebrew (Genesis 14:13), Jacob was an Israelite (Genesis 35:10), and one of Jacob’s sons in the lineage of the Messiah, Judah, led to his descendants being called “Judeans,” or later, “Jews.” Interestingly, Jesus was referred to as “King of the Jews” at His birth (Matthew 2:2) and at His death (John 19:19).

What Does the Bible Say about Jesus’ Ethnicity?

He learned more than carpentry from His father. He learned the faith of His spiritual ancestors, knew the Hebrew scriptures, and quoted them in His ministry. His life was embedded deeply in the Judaism of His day. He worshipped with Jews and celebrated their festivals and taught in the temple and synagogues (Luke 21:37; Matthew 13:54; Luke 6:6; John 18:20). He was considered a Jewish rabbi (John 1:38; 6:25). Jesus’ worship with Jews was documented. From childhood He went on regular pilgrimages to the Temple, worshiping during the Festival of the Passover (Luke 2:41-42).

As He began to minister, He advocated the keeping of Jewish law (Matthew 5:17-18) while encouraging a higher standard than mere external conformity to it (Matthew 5:20). He rejected reinterpretation of the Jewish religion and pharisaical additions to it. He observed not only the Passover but also the Feast of Tabernacles (John 2:13; 7:2,10). As a multi-ethnic Jew, Jesus’ background included ancient bloodlines from different middle eastern cultures. In the line of the Messiah chronicled in Matthew, two women were mentioned who were clearly not Jewish.

Rahab was a Canaanite woman who protected Joshua and his men during the conquest of Jericho (Joshua 2:1-21; 6:25). Ruth, a Moabite, was born and grew up in paganism, but she came to know Jehovah and moved with her mother-in-law to Bethlehem (Ruth 1:3-4,6-18). Two women in Matthew’s account may possibly have been Gentiles, but this is disputed. Judah’s wife, Shua, was a Canaanite (Genesis 38:2), and Judah chose Tamar to be the wife of his firstborn. Some scholars suggest Tamar was also from Canaan, but the Bible does not reveal her ethnicity. Some believe Bathsheba — Solomon’s mother — was a Hittite because she was married to a Hittite before his murder (2 Samuel 11:3). Some sources believe she was an Israelite, but her ethnicity is not clear from Scripture.

Why Was Jesus Not a Palestinian?

In 2019, Linda Sarsour, an American-Muslim political activist, tried to culturally appropriate Jesus’ history for her own purposes. She claimed, “Jesus was Palestinian of Nazareth” and only a follower of Judaism — not a Jew. She said Jesus had “copper skin and wooly hair” like the Palestinians. Three months earlier, Congresswoman Ilhan Omar made the same claim about Jesus being Palestinian; and for years others like Yasser Arafat, Mahmoud Abbas, and Hanan Ashmwari made the same assertion. In fact, the Chief Palestinian negotiator Saeb Erakat believes Jesus’ mother was also a Palestinian, as was her grandmother, John the Baptist, and the apostles! Those who push this false narrative attempt to replace historical Jewish connections to the land of Israel by creating an imagined history. Bethlehem in Judea was a client kingdom of the Roman Empire during King Herod’s reign.

Jews in the first century would never have referred to their land as “Palestine.” Today, Bethlehem is a Palestinian town in the West Bank, and Nazareth is the largest Arab Palestinian city inside Israel’s northern district, Galilee. But Jesus could not be a Palestinian. According to Emanuel Miller in “Jesus Was a Jew, Not a Palestinian,” “The entrance of Arabs to the Holy Land occurred only some 700 years after Jesus was crucified when Arab conquerors took the area.” Ignoring Jesus’ Jewish roots during the time He lived does not make Him Palestinian. Dr. Michael Rydelnik, Professor of Jewish Studies and Bible at Moody Bible Institute, also disputes Sarsour’s claims in three ways in “Was Jesus a Palestinian?” First, the activist’s claim is historically anachronistic, he said.

When Jesus was born, Bethlehem was in Judea (Matthew 2:5) and there was no place named “Palestine.” The Roman emperor Hadrian renamed Israel “Syria Palestina” later, in AD 135. Second, Sarsour’s claim is sociologically incorrect, Rydelnik said. By contending Jewish people are not an ethnic group, but rather adherents to the religion of Judaism, Sarsour misunderstands Jewishness biblically, he said. Judaism has always been associated with Israel since Abraham (Genesis 12:2). “Jewishness is an ethnicity, not simply a religion,” he said. Third, Sarsour’s assertion about Jesus’ appearance is sourced in the Quran, which was written at least 700 years after the gospels. To further make his point, Rydelnik added: “Even the Quran recognizes that Jesus is Jewish.”

While Jesus loves the little children — “red and yellow, black and white” — that doesn’t mean He was all those colors. People today, for many reasons, tend to see Jesus in their own image. Joan Taylor, professor of Christian Origins and Second Temple Judaism at the King’s College in London, said the most familiar images of Jesus today come from the Byzantine era. These images were based on a figure of an enthroned emperor with a beard and long hair.

“In 2001,” Taylor said, “forensic anthropologist Richard Neave created a model of a Galilean man for a BBC documentary, Son of God.” Neave’s work was based on an actual skull found in the region, but Neave “did not claim it was Jesus’ face,” Taylor said.  The image did, however, prompt people to reconsider what they thought Jesus looked like. Many were shocked that Neave’s representation was not the familiar Scandinavian-looking Jesus with blonde hair and blue eyes! Jesus’ facial features were Jewish. Like most Jews in His day, He likely had short hair and perhaps a short beard. Some early Christians portrayed him beardless and short-haired, Taylor said.

Some people through the years mistakenly said Jesus took a Nazarite vow — meaning He would have long hair; but Jesus was called a Nazarene, not a Nazarite. His interaction with people showed He did not keep a Nazarite vow (Numbers 6:1-21; Matthew 11:19). Edward J Blum, co-author of Color of Christ: A Story of Race and Religion in America, said Jesus was likely not “chiseled” like the imposing character Jim Caviezel portrayed in The Passion of the Christ, but rather was likely short to average in height with the physique of a typical carpenter. Some would say it’s inconsequential what Jesus looked like because physical appearance is superficial.

His appearance has become an issue with the rise of identity politics as some people refer to “white Jews” versus Jews as “people of color.” They point to darker African Jews. But studying the Jewish people today reveals various skin colors from brown-toned to fair—but not Nordic or West European light-skinned. Jesus was, humanly speaking, reflective of the Jewishness of His time and likely had olive skin, dark brown to black hair, and brown eyes, similar perhaps to Neave’s model.

Why Does Knowing Jesus’ Ethnicity and Nationality Matter?

Knowing Jesus’ ethnicity and nationality is not simply a historical study. It is important theologically because it affects mankind’s salvation. Ultimately, God’s choice of the Jews to be His chosen people was to produce the Messiah, the Savior of the world. It did not mean the Jews were superior or inferior to others; but basically, Jesus had to be born from some group of people, and God chose the Jewish people as “his people, his treasured possession” (Deuteronomy 7:6).

For those 2,000 years, God-focused His “saving involvement” with the world on Israel, not the nations, Piper said. But Galatians 4:4 tells us, “When the set time had fully come, God sent his Son, born of a woman, born under the law”— meaning, Jesus was born a Jew according to the clear purpose of His Father and in the Father’s timing. “Clearly, the life and death and resurrection of this Jewish Messiah was leading to the salvation of the Gentiles, the nations,” Piper said.

In His lifetime, Jesus said this as well (Matthew 8:11-12; 21:43; 28:19). Israel’s rejection of their Messiah opened the door to the Gentiles. Non-Jews who believed in Jesus’ death, burial, and resurrection on their behalf were grafted into the Jewish covenant by the Holy Spirit (Romans 11:7-18; 2:28-29). Jesus was “born Jewish so that every race would exult in mercy, not in degrees of melanin,” Piper said, “and every ethnicity would exult in mercy, more than in ethnic ways… Jesus was born a Jew to devastate every boast in ethnic superiority. And to create one new, joyful, mercy-loving race.”

Sources
Race Is a Social Construct, Scientists Argue
A Biblical View of Races
Caesar Augustus, An Archaeological Biography
What Was Mary’s Lineage?

Jesus Was Not a Palestinian
Was Jesus a Palestinian?
What Did Jesus Really Look Like?
Color of Christ: A Story of Race and Religion in America 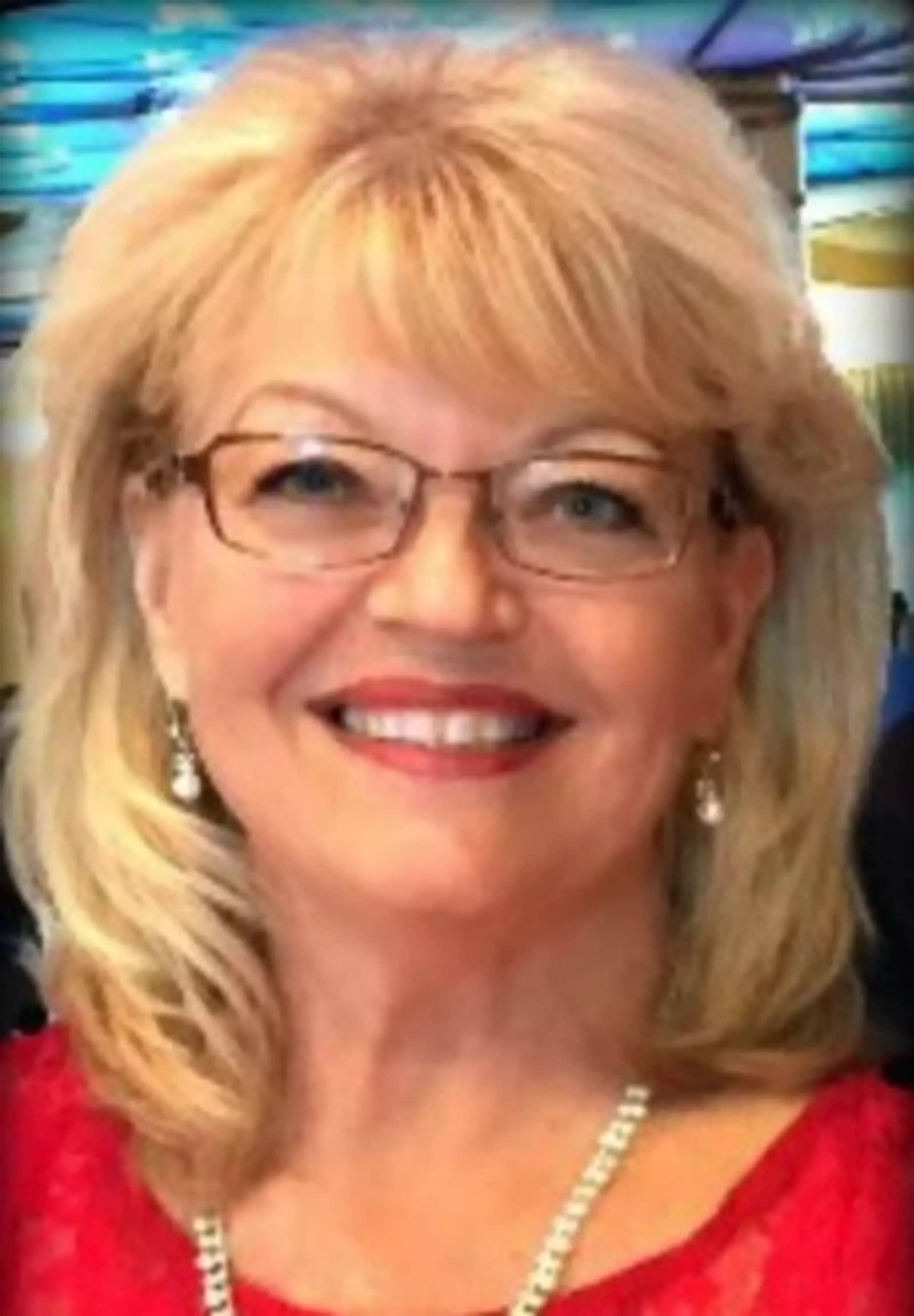