January 28, 2021
The Reason for the Rocks
Sharon Jaynes

Today’s Truth
After that whole generation had been gathered to their ancestors, another generation grew up who knew neither the LORD nor what he had done for Israel. (Judges 2:10 NIV)

Friend to Friend
Several years after the loss of our second child, I found an old Bible tucked in a cedar chest in my mom’s attic. As I flipped through the pages, I stumbled upon a crude chart of our family tree written in my mom’s flourishing hand.

But there it was. A date of birth and a date of death. Digging through the old chest, I found pictures of a tiny casket, a child-sized grave, and an engraved tombstone.

I ran downstairs holding the opened Bible in my hand, walked over to my mom, pointed at the entry, and said, “What’s this about? Who is Gloria Gale?”

“I had a baby girl when you were two years old,” she said. “I guess you were too little to remember it. She was premature. She only lived a day.”

“Why have you never told me I had a sister?”

“That was a long time ago,” she said. “I don’t really want to talk about it.”

I was dumbstruck. Why didn’t she want to talk about? Why didn’t she tell me? More importantly, why didn’t she share her painful story with me when I went through a similar experience of my own? The story had lain dormant, tucked between my dad’s high school letter jacket and a piece of old cross-stitch, when it could have been a story that gave me hope at a time when I needed to know life would go on.

One of the saddest verses in the Bible is Judges 2:10: “After that whole generation had been gathered to their ancestors, another generation grew up who knew neither the LORD nor what he had done for Israel.”

Back in the book of Exodus, God freed the Israelites from Egyptian slavery and sent them on their way to the promised land. But as we know, just because we’ve been set free doesn’t mean that we will walk free. The first generation of slaves set free did not enter the promised land because of their ingratitude, unbelief, and disobedience. So, God waited for a second generation to rise up—a generation who would believe that God is who he says he is and will do what he says he will do.

Forty years after they first stepped foot in the wilderness, Joshua and Caleb led the people into Jericho to take possession of the land God had already given them. But first, the Israelites had to cross the Jordan River, which was at flood stage, the worst possible time to make such a trek. Nevertheless, the people decided to obey God’s command rather than acquiesce to human reason. As soon as the priests leading the people put their feet in the water, the flow stopped twenty miles upstream and stood up in a heap. After the whole nation had crossed the river, God instructed Joshua to have twelve men gather twelve stones from the middle of the Jordan. Big stones. Heavy stones. Once they were on the other side of the river, the stones became a monument to help the people remember what God had done. Joshua said to the people:

"In the future, when your children ask you, ‘What do these stones mean?’ tell them that the flow of the Jordan was cut off before the ark of the covenant of the LORD. When it crossed the Jordan, the waters of the Jordan were cut off. These stones are to be a memorial to the people of Israel forever.” (Joshua 4:6-7)

The Israelites obeyed to a point. Yes, they gathered the rocks. Yes, they set up a memorial. But, no, they did not tell their story. It stopped with that generation. The Bible tells us, "After that whole generation had been gathered to their ancestors, another generation grew up who knew neither the LORD nor what he had done for Israel" (Judges 2:10).

Why didn’t the next generation know the story? Because their parents didn’t tell them. They didn’t pass on the stories of how God brought them out of Egypt, through the Jordan, and into the promised land. Their stories died with them. The next generation had no idea.

Oh, friend, your story matters. It matters to the people God brings across your path, and to the generations that follow. Don’t hide your story, no matter how sordid it may be. Nothing is ever wasted as long as we don’t keep it to ourselves. People need to know how God brought you through your own personal Jordan River and onto the other side. Your story may be just the thing God uses to help someone get through theirs.

Let’s Pray
Lord, thank You for getting me through the tough seasons of my life. I pray that You will show me who needs to hear my story and give me the courage to tell it.

Now It’s Your Turn
What are some of the “rocks” in your life…symbols of how God got you through a difficult situation? You might want to consider gathering a few rocks as symbols to remind you of the victories and then be ready to share when someone asks you what those rocks mean.

More From the Girlfriends 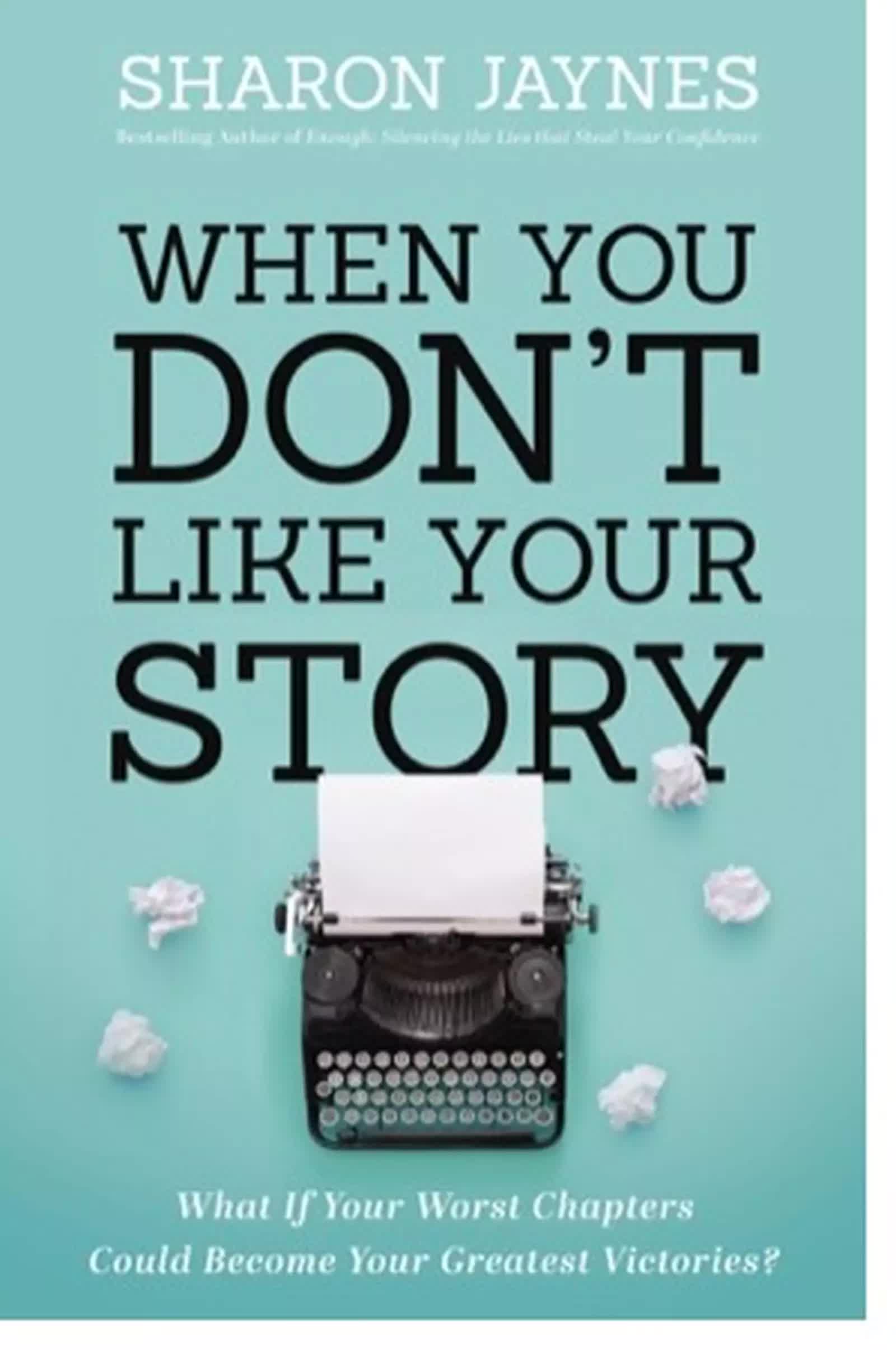 What if your worst chapters could become your greatest victories? I know that they can!

Many of us feel broken. Our mistakes, the pain others have caused us, and circumstances outside our control taunt us every day, though we long to turn a new page. My new book,  When You Don’t Like Your Story, challenges us to ask: What if God doesn’t want us to rip out our difficult stories but repurpose them for good?

What has been done to you and what has been done through you does not disqualify you from God’s best for your life. It qualifies you for an even greater purpose than you would have ever known without it. In fact, the worst parts of your story might just be what God uses the most. So sink deep into God’s life-changing truths. The next chapter is just beginning. Includes an in-depth Bible study for individuals and groups.