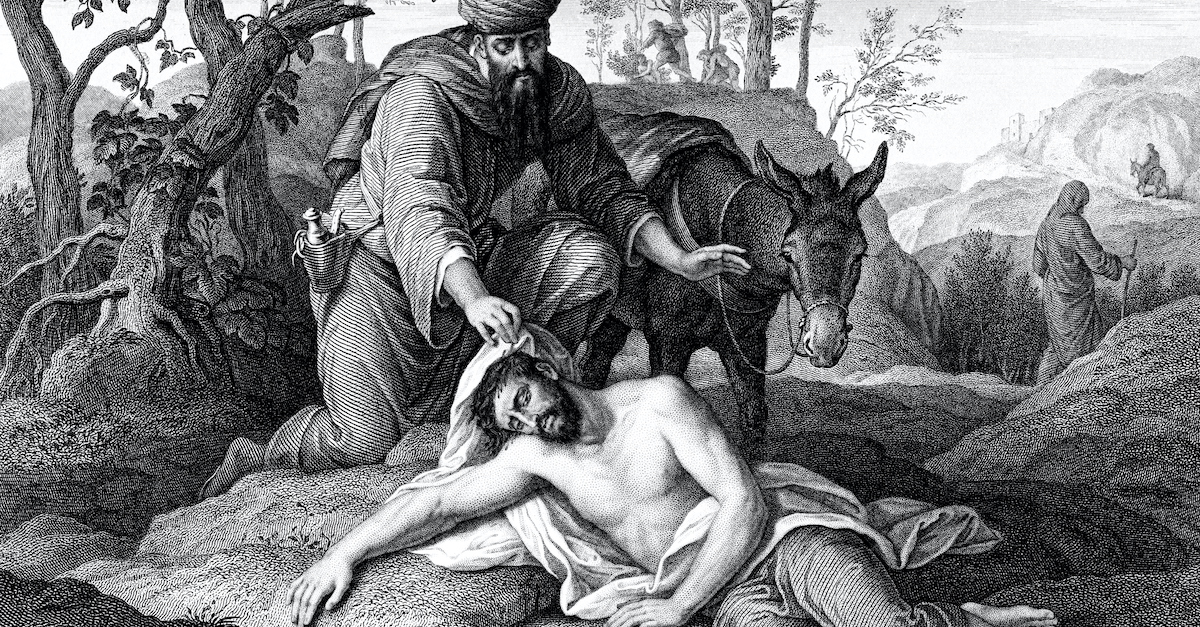 The Bible is comprised of many stories that recount historical occurrences in order to teach a spiritual lesson. Included in the array of stories are stories themselves of Jesus delivering parables. He shares these parables with His disciples, other people listening to His sermons, and He is speaking to Christians today. What is a parable? Dictionary.com cites this word as being “a short allegorical story designed to illustrate or teach some truth, religious principle, or moral lesson.” This was evident in how Jesus used parables in his ministry. This does not, however, answer the question of why Jesus spoke in parables.

As we see with the Bible itself and going back to ancient cave paintings, humanity has used images and words to tell stories to one another since the beginning of time. Stories are used for entertainment and informative purposes. The words and imagery conveyed in the Bible further prove this point. Jesus, being God, is aware of how we relate to stories (hence we have a book called the Bible). Therefore, parables aided Jesus in spreading His message to the masses, giving them words and imagery to which they could relate and then go on to share with other people. This is true with the parable of the Good Samaritan also.

Further Reading before You Dive in

The Parable of the Good Samaritan’s Deeper Meaning

Bible Story of the Good Samaritan - Verses and Meaning

What Is the Parable of the Good Samaritan?

This parable appears in the tenth chapter of the Book of Luke and is told in verses 25 to 37. To begin, Jesus is asked by a lawyer, “Teacher, what must I do to inherit eternal life?” (Luke 10:25)

Jesus in turn asked the lawyer a rhetorical question in the very next verse. What is his interpretation of the law? The lawyer accurately recounts both the first and second greatest commandments. Upon hearing this, Jesus lets him know that he is correct, but then the lawyer has another question. And this question is so poignant as to have relevance in today’s polarized America. The lawyer’s question is, “And who is my neighbor?” (Luke 10:29). After this question, Jesus tells the lawyer the parable of the Good Samaritan.

To summarize the parable, the man is traveling between two cities. On his journey, he is mugged, stripped, and left for dead. Three people encounter the wounded man: a priest, a Levite, and a Samaritan. The first two avoided the dying man and actually went to the other side of the road to pass by him. Only the last man drew close and aided him. After telling the parable, Jesus gives the lawyer a command, “Go and do the same.” (Luke 10:37).

At face value, this is a story about treating others with love. The priest and Levite did not show love for the man. With no compassion, they passed by leaving the traveler to whatever fate would befall him. The Samaritan decided to be proactive and help. This immediate interpretation of the story definitely appears to be the gist of what Jesus is preaching. The story was initially delivered in the context of the first and second greatest commandments, the second of which is to love others. Though the interpretation is correct, the parable is deeper than that.

The lawyer’s question was not about whether he was supposed to love others, but he wanted to specify who is considered to be a “neighbor”. This is where the context of the cities becomes important. The man traveling is leaving Jerusalem and going to Jericho. We can therefore presume that this man is a Jew. The person who aided him is a Samaritan. People today who hear the word Samaritan may think the word means a good person. However, the Samaritans were a group of people residing in Samaria, who did not have good relations with the Jews.

With this added context, we can see then that the answer to the lawyer’s questions does not literally mean people residing in the same neighborhood. The world’s definition of neighbor thus conflicts with Jesus’. Neighbors include enemies and even people who do not live together. Jesus’ idea of neighbor then seems to be all-encompassing of humanity in its entirety. This makes sense considering Jesus died for the sins of all (John 3:16).

Now that we understand the word neighbor more like Jesus and less like the lawyer, we can examine 3 things to know about the parable of the Good Samaritan.

3 Things to Know about the Parable of the Good Samaritan 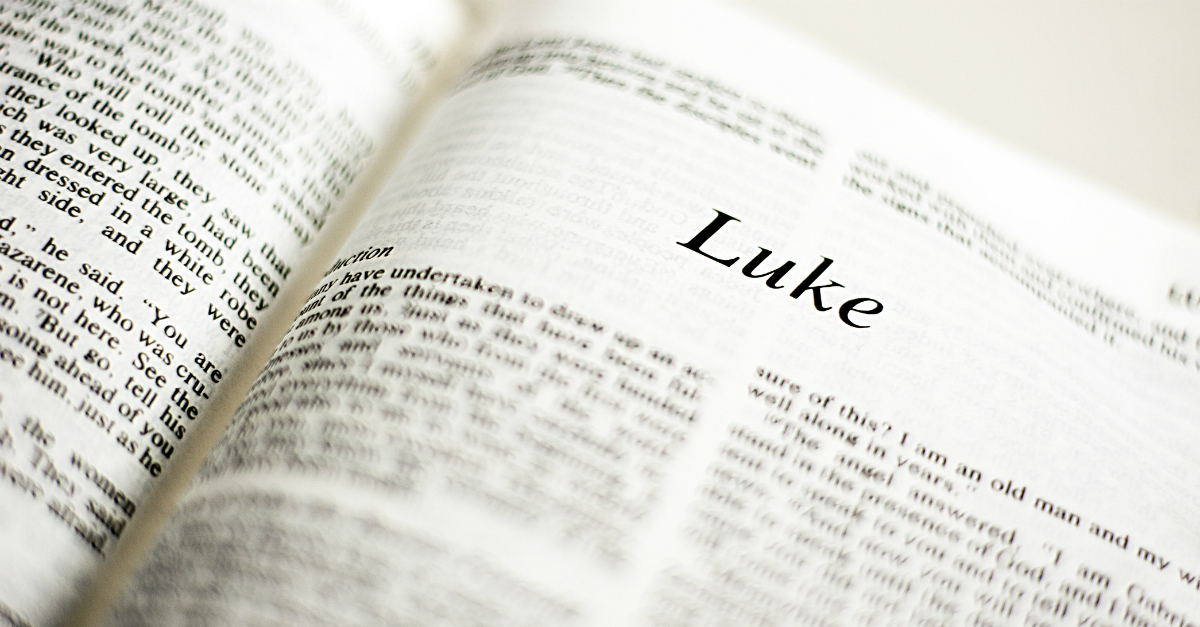 1. We Are All Neighbors

The second greatest commandment is to love others as we love ourselves. Notice that the Bible does not have to encourage us to love ourselves in the way it admonishes us to love others. Loving ourselves comes natural, but taking care of others does not. The Jewish man traveling to Jericho was robbed and almost died. A priest and a Levite passed by him. Even without context, we can see that helping the Jew would have in some way made them uncomfortable, whether as an inconvenience, conflict of interest, or another reason.

They did not have enough compassion to help the Jew and even moved to the other side of the road. Their actions did not reflect love. When Jesus gave the command to love others, He did not leave anyone exempt from the command. In fact, Jesus has openly told His followers to bless their persecutors (Romans 12:14).

We are called to love others no matter the difference. In the parable, two people who knew nothing about each other other than what their cultures dictated were still able to come together. The Samaritan did something that was socially unacceptable, but fully acceptable by Jesus. He made a personal sacrifice on behalf of a Jew.

2. The Sin of Indifference

The priest and Levite did not possess enough care for the Jew to inconvenience themselves and provide help. This sin of indifference led them to avoid action, and ignore the command that Jesus has given us. The Levites were one of the 12 tribes of Israel and the priest too naturally has a religious background. Still, neither person reflected God’s love appropriately. This informs us that no matter what faith background we or someone else claims, our actions, not just our beliefs, need to reflect love.

There are a number of passages in the Bible that indicate God is in control of all circumstances. Matthew 10:29 provides a great example of God’s sovereignty over all of life’s occurrences. This same level of control is present in the parable. The Jew had no control over the circumstance that befell him. Yet, God provided for the traveling and wounded man through the Samaritan. God sent someone who had compassion, financial stability, and love to help nurse the Jew back to health.

When people abandon us, especially those we least expect, we can count on God to always be with us.

Why Is This Parable So Important Today?

Today, we as followers of Christ should aim to be more like the Samaritan and less like the Levite and the priest. If Jesus has not made anyone exempt from His commandment of love, then neither should we. We are to love everyone, including those we feel persecute us. This includes our leaders, our subordinates, family, enemies, everyone.

In present-day America, there is a divide present even amongst the church on grounds of sexual immorality, racial injustices, and a number of other factors that are political in nature but have had spiritual ramifications. Christian families and churches have become divided. If instead, we were able to love as Jesus has told us, love everyone, the real or imagined divisions would not be as important to us. Instead, we would all see sinners in need of a savior’s redemption.