4 Things to Know about Penguin Bloom, Netflix's Uplifting Film about Tragedy and Hope

Sam Bloom is a smiling, middle-aged mom of three who is filled with energy and the desire to enjoy all life has to offer.

She swims a lot. She surfs a lot. Mostly, though, she relishes time alone with her husband and kids, all of whom live in a picturesque setting on Australia’s coast.

Her life is mostly “perfect.”

But then tragedy strikes during a family vacation to Thailand. Sam is posing for a picture along a railing when it collapses, plummeting her 20 feet to the ground below. Instantly, she is paralyzed from the chest down, no longer able to walk.

She survives – yes – but she’s now questioning her will to live.

Yet she rediscovers purpose in life from the most unlikely source: an injured magpie chick that her children captured and named “Penguin.” Sam sees a common bond with the bird: It can’t fly; she can’t walk.

And as she helps care for it, she rediscovers the joy for living she had lost.

It’s all part of the new Netflix film Penguin Bloom (TV-14), which stars Naomi Watts as Sam Bloom and Andrew Lincoln as her husband, Cameron Bloom.

Here are four things you should know about the movie: 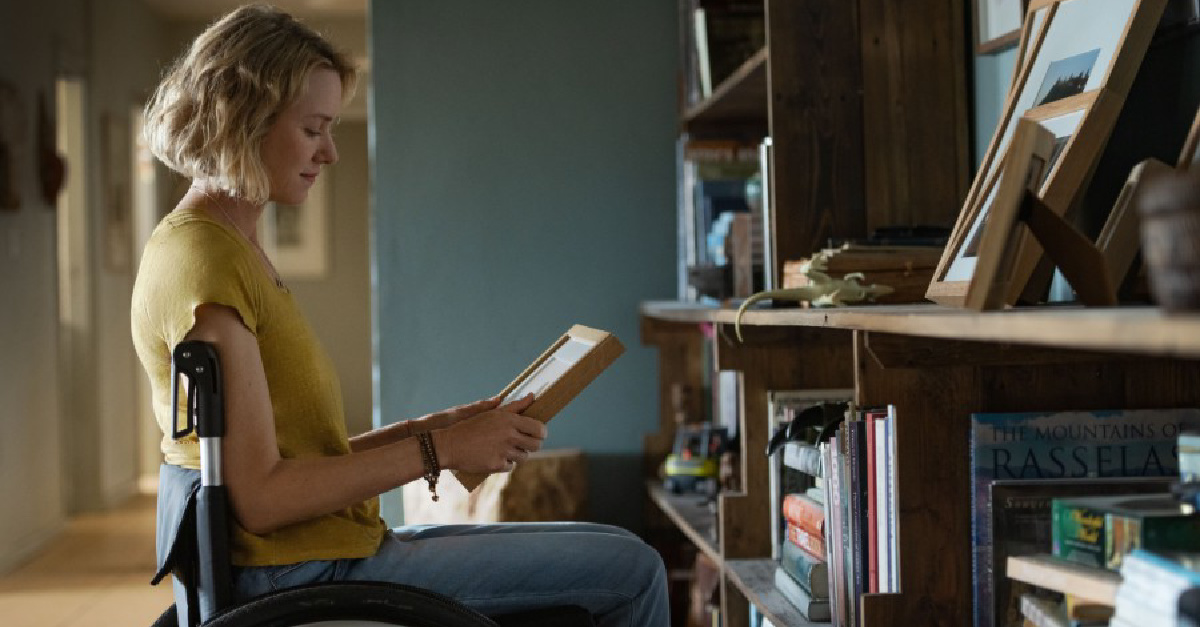 1. It’s Based on a Real-Life Story

Penguin Bloom is based on a 2016 book of the same name by Cameron Bloom and New York Times author Bradley Trevor Greive that became an international bestseller. Personal photos by Cameron Bloom – a professional photographer – accompany the text.

Sam and Cameron enjoyed traveling the world as a couple and wanted their children to experience other countries, too. Cameron says in the book he felt “blessed” to travel with his wife. In 2013, they chose to fly to Thailand. That’s where her life changed forever.

“Our story is deeply painful to share, but it is also beautiful to share,” Cameron writes in the book. “Just know that when I tell you about the tears, the anger and the longing, I am also talking about love. We have laughed til we cried and we have wept ourselves to sleep, for that is the nature of love.”

Watts said she became “deeply connected” with Sam while making the film.

“Sam was around the whole time,” Watts told Crosswalk. “... She gave me her journal. While I could imagine the thoughts that were swirling around in her mind, day to day [following the tragedy], it wasn't until I read them that I truly understood the depths of darkness that she was wrestling with.”

Just like in the movie, a real-life magpie chick named Penguin helped Sam rediscover the will to live. 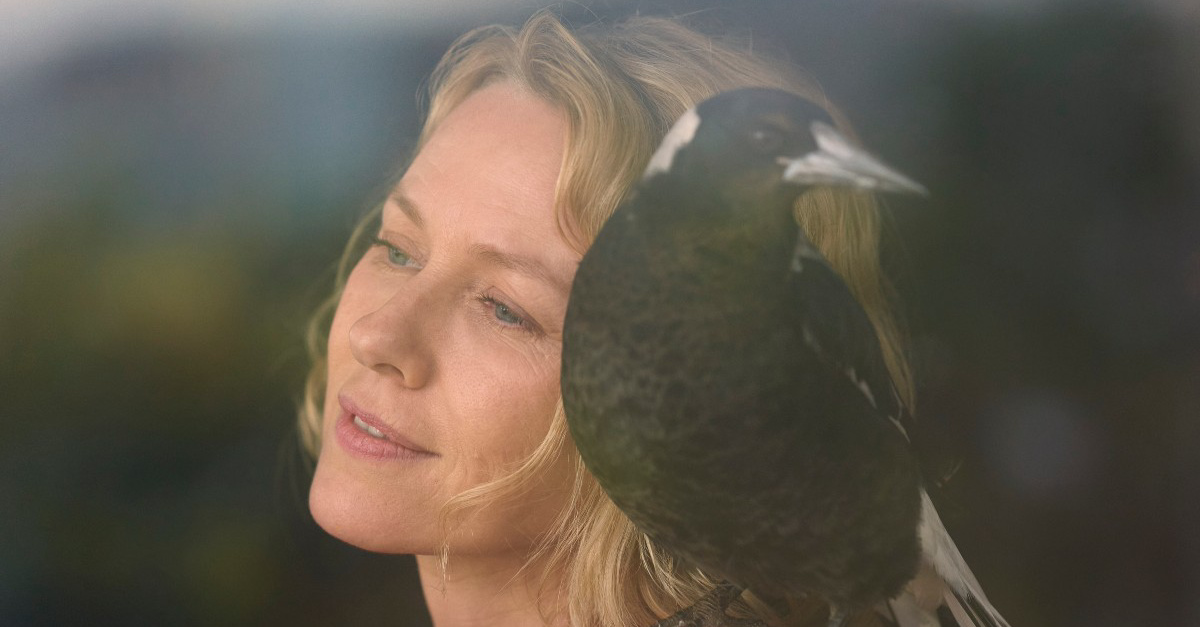 2. It’s an Inspiring Tale about Hope in the Midst of Tragedy

Penguin Bloom is a film that will inspire and encourage – but only after taking you through the valley of depression that Sam experienced. In an instant, she was transformed from a joy-filled, energetic mom into a woman who questioned her very existence.

She scolds her husband for asking her how she’s doing (“I don’t want to have to lie” in front of the children, she says). She stares at pictures from yesterday – pictures from before the tragedy – and then smashes every single one on the floor. In one of the film’s most painful moments, she lays in bed at night crying as she listens to one of her children vomit, unable to assist as Cameron cleans up the mess.

Her son, Noah, struggles the most with the tragedy.

“Sometimes it’s hard to believe what happened,” he says. “It’s like mum was stolen from us. She used to surf with us, skate with us, play soccer in the sand with us.”

Yet in the midst of her tragedy, she found a renewed purpose. She learned how to kayak. She entered international competitions, finishing as high as 13th. She became a two-time world adaptive surfing champion. (We see her kayak in the film, and we learn about the success in a post-script.)

Most importantly, she embraced the role of motherhood once again and became the joyful, in-the-moment mom her kids desperately needed.

Penguin Bloom is an inspiring film for everyone, but especially for those who have survived a tragedy. Watts is excellent as Sam Bloom. 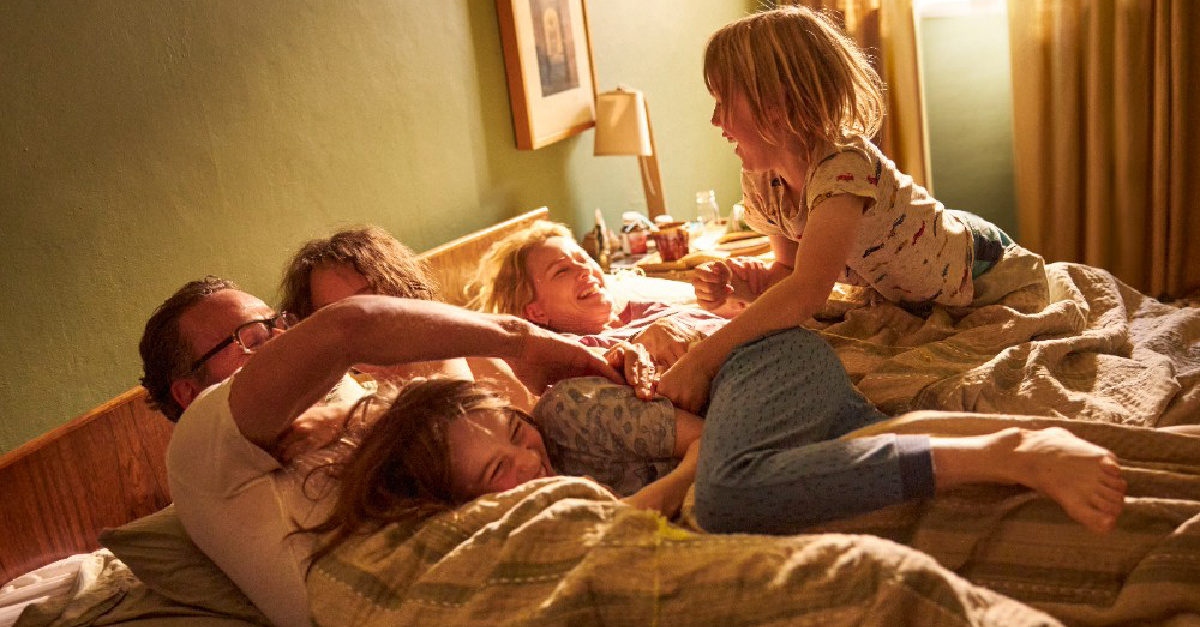 3. It Spotlights Life’s Many Blessings

You can’t blame Sam Bloom for focusing on what she lost. No doubt, all of us would have done that. She was contemplating life’s “what ifs” (what if hadn’t leaned against that fence?). Cameron, though, was urging her to move on and focus on what she still had. Simply put, he was thankful she wasn’t dead.

“I consider myself the luckiest man alive. Because for a night, I sat thinking I’d never see you again,” he says, referencing the tragedy. “But I did. I do, every day.”

“You’re still you,” Cameron tells her.

Incredibly, a little bird helps her find her purpose. Penguin provides companionship and a sense of accomplishment. (She tends to its needs when the kids are away at school.) Penguin also provides a common bond. Around the time she learns to kayak, Penguin is soaring through the air. 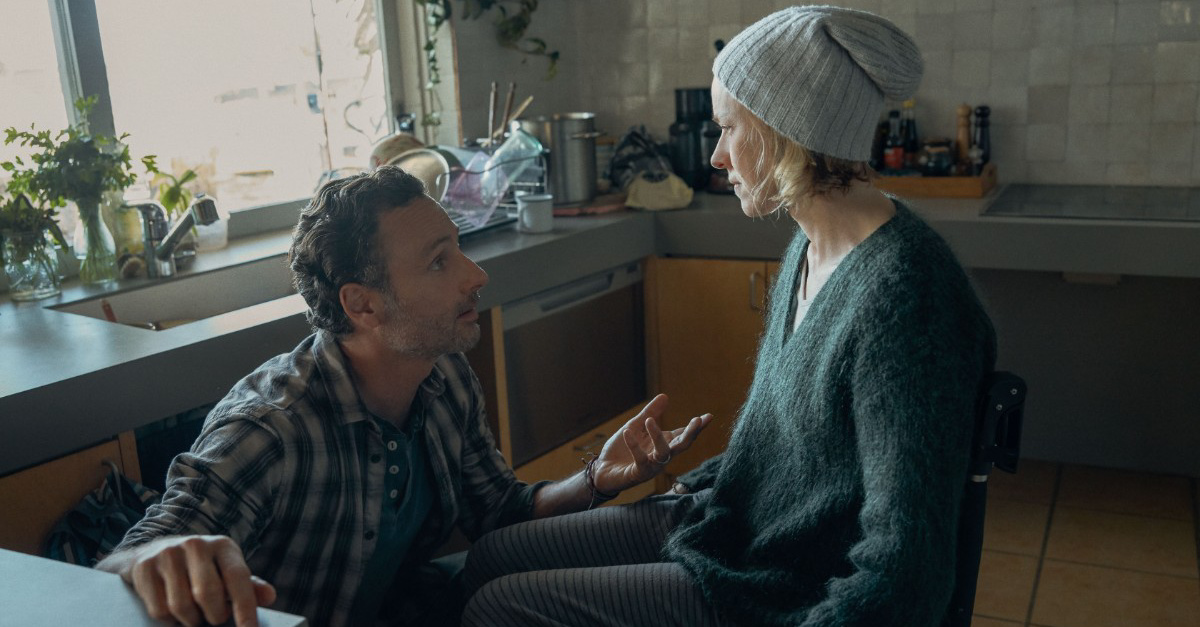 4. It Urges Us to Live as if Each Day Is our Last

Penguin Bloom isn’t faith-based, but it nevertheless is filled with lessons (from Sam and her family) seemingly borrowed from Scripture. Among them: Love more. Laugh more. Sacrifice more. Live each day as if it could be your last. Focus on what truly matters instead of what will pass.

It’s a moving film about persevering in the midst of tragedy and finding a new perspective. Toward the end of the film, Sam replaces the pictures she destroyed with new pictures of her and her family.

Watts calls it an inspiring story about family and courage.

“It’s hopefully going to touch the minds and hearts of many families across the world,” Watts told Crosswalk. “... We all try to imagine ourselves in that situation. ... It’s impressive that she did manage to keep going. I just feel like her story is one that we can all identify with.”

It’s one of the year’s best dramas.

Penguin Bloom is rated TV-14 for mature themes. It includes minor language (s--t 1; OMG 2; h-ll 1) and no sexuality or violence.