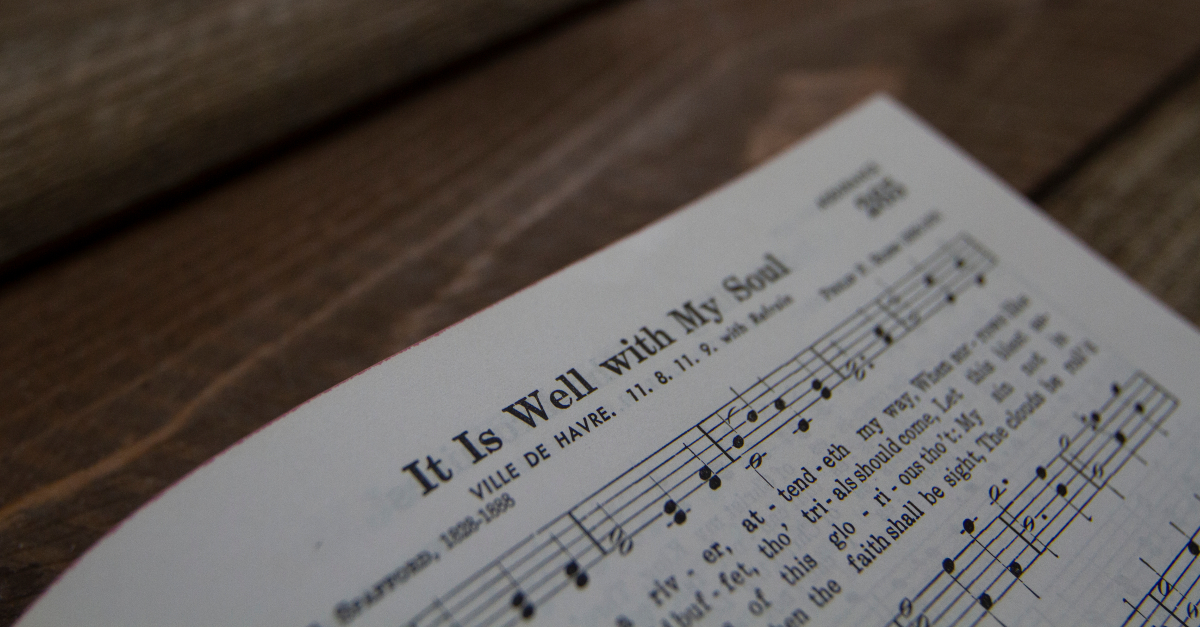 Besides “Amazing Grace,” there might be no better-known hymn than “It Is Well with My Soul,” a poem penned by Horatio Spafford in 1873 and set to music by Philip Bliss

As a child, I remember many Sunday services standing next to my mother, singing the words to “It Is Well” with the fervor of a child who loves Jesus and loves music. My mother always cried through the whole song. She cried because the impact of the words were not only powerful, they were persona. She had chosen this hymn for my father’s funeral. It would forever remind her of the grief and comfort she felt then and every time she heard it played.

I chose “It Is Well” for her funeral also. Now I find myself in the same position: when I hear the words, I just listen and cry like a baby. “It Is Well” brings me hope in the midst of heartache. Its themes travel into the deep, hurting places of the human soul and remind us that God is with us always. That we can trust him, even when our hardships don’t make sense.

From my years in ministry, I can’t recall a funeral that didn’t utilize this profound hymn of praise to salve the pain of losing someone or something. Its words point us toward the sovereignty of God and promise peace during life’s stormiest seasons.

The Origin of this Classic Hymn

The story surrounding the hymn’s origin is as important as the hymn itself. Horatio Spafford, a successful lawyer and land investor in Chicago, was married with five children in the late 1800s. His success soon grinded to a halt, however, when his only son died about the same time as the Great Chicago Fire of 1871. All of Spafford’s investments burned to the ground.

Spafford, seeking to regroup, planned a trip for his family to Europe. At the last minute, he stayed behind to sell some property, but he sent his wife Anna and four daughters on the SS Ville du Havre ahead of him. While the ship crossed near Newfoundland in the dead of night, the Ville du Havre collided with the Loch Earn and rapidly sank in the North Atlantic. Spafford received a telegram from Anna that said “Saved alone…What shall I do?” from Wales, where another ship had taken survivors. All their daughters had perished in the freezing waters. Her children were literally ripped from her arms as the ocean sucked them down with the ship.

Spafford quickly took a ship to meet his wife in Wales. As he passed over the spot where the Ville du Havre sank, the captain reportedly pointed out the significance of their location. Many sources relate that Spafford went to his cabin and immediately began to write this hymn of faith. However, his friend Ira Sankey, who later took “It Is Well” on the evangelical circuit and made it famous, reported that Spafford wrote the poem in 1876 while Ira was staying in the Spafford’s home.

Horatio and Anna Spafford quickly had three more children, but one died young of scarlet fever. Remarkably, the tragedies surrounding this song of peace and comfort don’t stop with the Spaffords.

By 1878, composer Philip P. Bliss, who traveled and sang on evangelistic crusades, put Spafford’s poem to music. He and Ira Sankey published “It Is Well with My Soul” in the hymnal Gospel Song No. 2.

Philip Bliss also suffered tragedy. While traveling by train to a crusade in 1876, a bridge collapsed as the Pacific Express passed over it, which caused the train to plummet into a deep ravine. Bliss initially escaped but returned to extricate his wife from the burning wreckage. They both died in the fire, leaving behind two young sons. Words to a poem (later to become another famous hymn) entitled “I Will Sing of My Redeemer” were found in Bliss’s trunk.

The grief experienced during the writing of “It Is Well with My Soul” has undoubtedly infused the lines of the verses with faith and comfort. Communication penned during desperation facilitates a remarkable oxymoron: it connects hearers toward finding comfort in a God who allows tragedy.

“It Is Well with My Soul” Lyrics 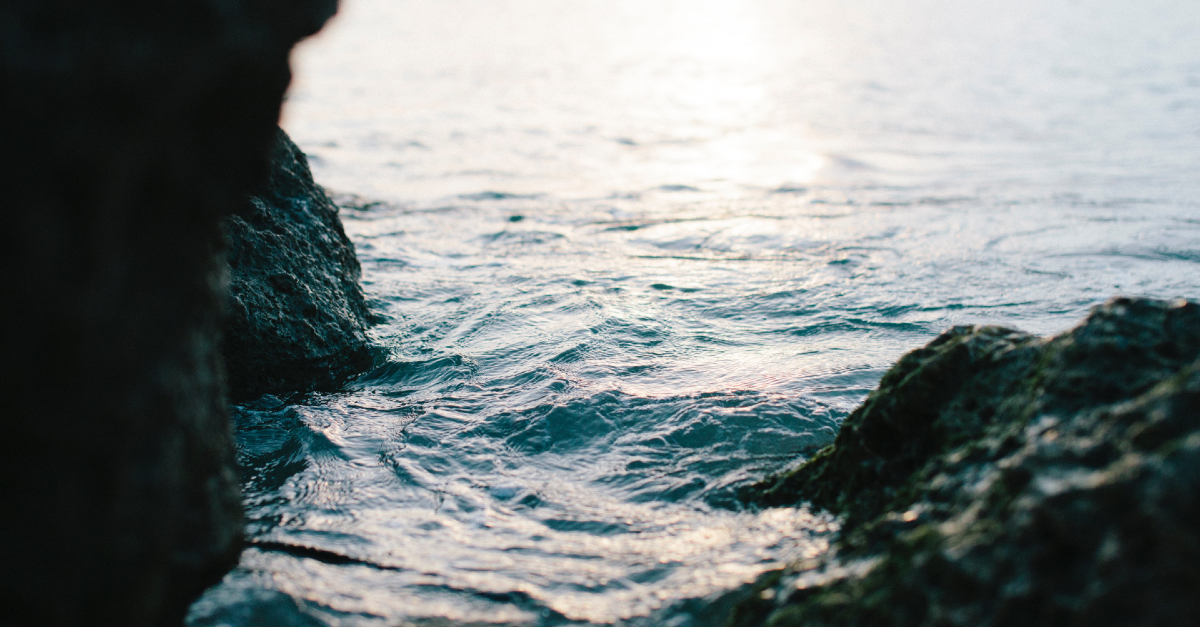 Read the words and see why “It Is Well with My Soul” has encouraged millions of people during their darkest hours:

When peace like a river, attendeth my way,
When sorrows like sea billows roll;
Whatever my lot, Thou hast taught me to say,
It is well, it is well, with my soul.

Though Satan should buffet, though trials should come,
Let this blest assurance control,
That Christ has regarded my helpless estate,
And hath shed His own blood for my soul.

My sin, oh, the bliss of this glorious thought!
My sin, not in part but the whole,
Is nailed to the cross, and I bear it no more,
Praise the Lord, praise the Lord, O my soul!

For me, be it Christ, be it Christ hence to live:
If Jordan above me shall roll,
No pang shall be mine, for in death as in life,
Thou wilt whisper Thy peace to my soul.

But Lord, 'tis for Thee, for Thy coming we wait,
The sky, not the grave, is our goal;
Oh, trump of the angel! Oh, voice of the Lord!
Blessed hope, blessed rest of my soul.

And Lord, haste the day when the faith shall be sight,
The clouds be rolled back as a scroll;
The trump shall resound, and the Lord shall descend,
Even so, it is well with my soul.

4 Reasons Why “It Is Well with My Soul” Hits Home

1. Everyone experiences grief. One person’s grief, when shared, resonates with another person’s grief and brings comfort in the shared experience. Spafford could never have written this song from a place of affluence, although he had been blessed with much. He wrote it after years of heartache and loss.

2. Everyone asks “Why?” During loss, everyone struggles with asking “Why did this happen?” and “How could God let this happen?” Spafford’s strong faith pushes past the why and chooses to believe in God’s sovereign will.

3. Everyone asks “How do I go on?” Our struggle for faith is always refined during times of crisis and trauma. Like Job, Spafford experienced the devastation of his fortune and then the deaths of all his children in an unexpected catastrophe. How he and Anna reacted to their loss revealed and bolstered their dependence on God’s comfort and peace.

4. Everyone needs a go-to place for comfort. Like Psalm 23, “It Is Well” stands as a fallback resource for people—both believers and unbelievers--in times of pain and doubt. The song causes us to seek God for comfort.

You might be interested in knowing the Scripture behind Spafford’s powerful verses. The poem follows a progression of faith throughout its six stanzas. Perhaps we can follow the song itself and apply its truths to our daily lives.

How to Apply This Song to Our Daily Lives

1. Choose a biblical perspective for life.

Verse 1—Spafford chooses to use water as a symbol of peace rather than destruction. He addresses the devastating situation that he’s struggling to understand and accept.

“Peace like a river” is a common phrase originating in Scripture. Isaiah uses it twice. Spafford quotes from both verses in verse 1, which, not surprisingly, has a nautical theme. Isaiah states, “your peace would have been like a river, your well-being like the waves of the sea” (Isaiah 48:18)  and “For this is what the Lord says: “I will extend peace to her like a river, and the wealth of nations like a flooding stream” (Isaiah 66:12)

2. Remember Jesus’ suffering and love for you.

“We also glory in our sufferings, because we know that suffering produces perseverance” (Romans 5:3)

“Now if we are children, then we are heirs—heirs of God and co-heirs with Christ, if indeed we share in his sufferings in order that we may also share in his glory. I consider that our present sufferings are not worth comparing with the glory that will be revealed in us.” (Romans 8:17-18)

“That is why I am suffering as I am. Yet this is no cause for shame, because I know whom I have believed, and am convinced that he is able to guard what I have entrusted to him until that day.” (2 Timothy 1:12)

3. Pray and sing words of love and adoration to the Lord. This will re-orient your heart and your mind.

Verse 3—Instead of focusing on his loss, Spafford focuses on his salvation, which makes his natural mindset slip away. He borrows the imagery from Colossians to describe his sins being “nailed to the cross.”

“For the message of the cross is foolishness to those who are perishing, but to us who are being saved it is the power of God.” (1 Corinthians 1:18)

“When you were dead in your sins and in the uncircumcision of your flesh, God made you alive with Christ. He forgave us all our sins, having canceled the charge of our legal indebtedness, which stood against us and condemned us; he has taken it away, nailing it to the cross.” (Colossians 2:13-14) 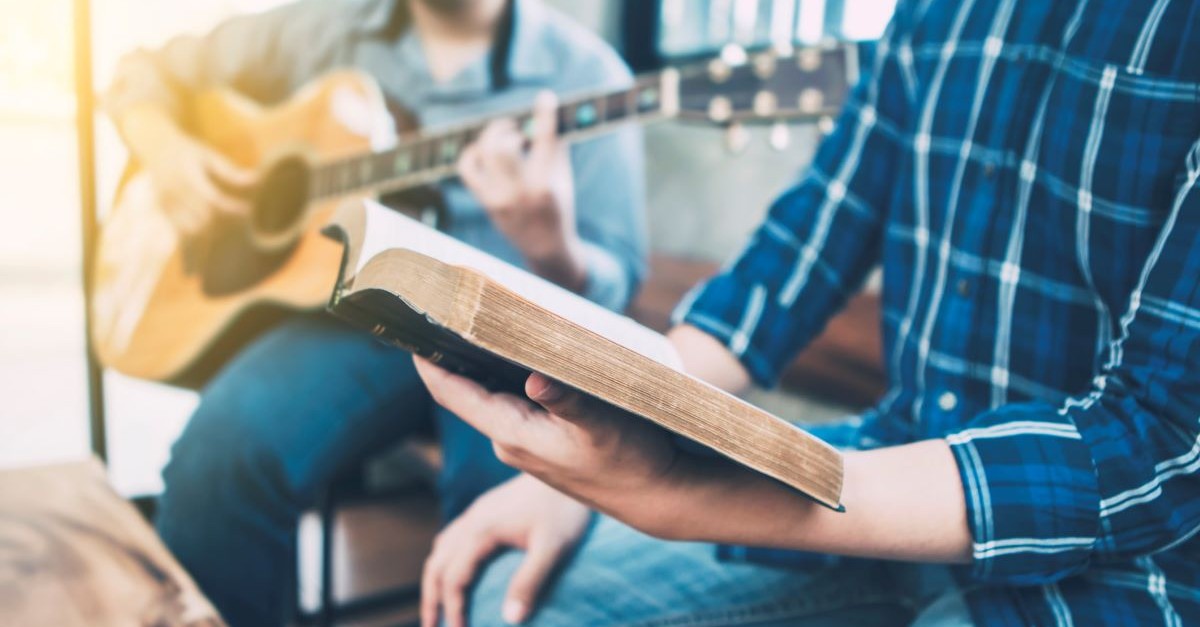 4. Give thanks for all of God’s blessings. We usually don’t understand what God’s doing or how he’s using our life as a part of a larger purpose.

Verse 4—Spafford’s renewed thankfulness inspires him to live again with purpose. He uses the language from Philippians to remind him of his spiritual calling and comforts him concerning his children’s fate.

5. Look ahead to eternity. As soulful beings, we weren’t designed for this earth.

Verse 5—Spafford’s perspective turns to the eternal. His purpose on earth is merely a shadow of his eternal purpose. He references the Rapture and his eternal reward.

“After that, we who are still alive and are left will be caught up together with them in the clouds to meet the Lord in the air. And so we will be with the Lord forever.” (1 Thessalonians 4:17)

6. Place your hope in heaven. Especially when someone you love dies, the hope of heaven is a powerful comfort.

Verse 6—Spafford looks to the end of our mortal existence and our glorious reuniting with Christ. Certainly, this thought would also bring comfort, as Spafford at this point, had lost five of his children. He speaks of the Lord’s coming as occurring at night, but instead of a horrific event, he describes it as a “song in the night.” Sleep, which poets and Scripture often use to describe death, is merely a gateway to our intended home.

“Now, brothers and sisters, about times and dates we do not need to write to you, for you know very well that the day of the Lord will come like a thief in the night.” (1 Thessalonians 5:1)

“Listen, I tell you a mystery: We will not all sleep, but we will all be changed—in a flash, in the twinkling of an eye, at the last trumpet. For the trumpet will sound, the dead will be raised imperishable, and we will be changed.” (1 Corinthians 15:51-53)

Although Horatio and Anna Spafford endured several great tragedies, history records a family that stayed the course of faith. They continued to give and serve ministers of the gospel and established the Spafford Children’s Center which cares for 30,000 children every year.

Most notably, the words to “It Is Well with My Soul” live on, inspiring millions to hope that pain has a purpose, that death is temporary, and that faith can carry you through your worst nightmare.

He reached down from on high and took hold of me; he drew me out of deep waters.
He rescued me from my powerful enemy, from my foes, who were too strong for me.
They confronted me in the day of my disaster, but the Lord was my support.
He brought me out into a spacious place; he rescued me because he delighted in me.