After reading the title of this article, you may already have a good idea about how you would answer that question. Some of you will say, “Of course not. Violence has a negative impact on children.” Others may say, “It’s okay, those types of games are just for fun.”

What if there is truth to both answers?

Over the past 20 years, researchers have investigated the correlation between violent video games and aggressive behavior. Initially, the research seemed to point to a connection between the two. More recent studies, however, have challenged this assumption, calling into question what some may have always thought to be a hard and fast rule.

This article will talk about these results as well as neurological and cognitive development as it relates to violence and its impact on teens, and ultimately, the implications of this body of knowledge for Christian parents.

In most states in this country, you are allowed to drive a car at the age of 16. However, car rental companies don’t let young people rent cars until they are 25 years old. Do they know something we don’t? It seems they do. The human brain does not stop developing until the mid 20’s, and the last part of the brain to develop is that which is responsible for decision making. It’s not surprising that rental car companies have decided to keep 16 to 24 year olds (and their developing brains) from behind the wheels of their cars.

The human brain undergoes dramatic changes in growth and development in childhood and adolescence. It’s the brain’s plasticity that gives it the ability to physically grow and adapt with experiences and exposures. This is why children are able to learn a new language much easier than adults. It’s also why childhood trauma can be so detrimental.

The brain is not just growing and changing physically during childhood, it’s also organizing the information it collects. It is creating cognitive models of how the world works, called schema. It can be helpful to think of the cognitive part of the brain as a filing cabinet. When you are born there are only a few file folders. These have to do with the basic needs of sleeping, eating and comfort.

If a baby cries when hungry and is fed in response, he develops schema around this experience. As that child develops and experiences life around him, he creates more and more file folders within his cognitive filing cabinet. This is why childhood experiences are so foundational to emotional and mental health in adulthood; it is when the filing system is being created.

Violence and the Brain

There is no doubt that violence has an impact on both the physiology of the brain and its cognitive processing of experiences. Researchers have found that children who are exposed to chronic, toxic stress, such as violence, experience physical changes in their brain that enable them adapt to life in dangerous environments.

Likewise, children who are abused or traumatized at a young age create cognitions (or schema) through which future experiences are seen. For example, a study found that children who have endured chronic violence or trauma are more likely to interpret ambiguous social situations as hostile and respond aggressively.

Clearly, early exposure to real violence has a significant impact on brain development. This can lead parents to jump to the conclusion that ALL forms of violence are detrimental to the developing brain. However, there is a significant difference between being the victim of violence (as in the case of violent crimes or abuse) and selectively choosing to experience simulated violence (as in the case of teens playing violent video games).

That is not to say that the use of violent video games cannot have an impact on the emotional health of your teen. Let’s look to the research to see what developmental scientists have discovered.

The Research Then: Violent Video Games Can Increase Aggression

Studies conducted in the early 2000’s found a tentative link between violent video games and aggression in children and teens. They found that children who played violent video games tended to be more aggressive than those who did not. Researchers claimed that these children were at an increased risk of becoming desensitized to violence if they played video games in which violence was commonplace or even rewarded.

They also asserted that violent video games have led to a culture of disrespect among children towards authority. Intuitively, these claims seem to make sense and this mindset persisted.

The Research Now: It’s Not Necessarily Violence that Causes Aggression

However, recent research has not supported these claims. In March of 2020, after reviewing all of the date collected over the past 20 years on the effects of violent video games on teen behavior, the American Psychological Association reaffirmed their stance that there is insufficient evidence to support the fact that violent video games directly cause violent behavior.

They did acknowledge that there is a small association between violent video games and some more mild aggressive behaviors such as pushing and yelling.

More and more, studies have shown that the aggressive behavior is not directly caused by the violence of the video game, but rather caused by the increased competition and complexity within those games. In fact, one researcher modified the otherwise benign game of Tetris to be increasingly complex and competitive and found that users’ aggression after playing the game increased as much as if they had played a violent video game.

The implications of this current research seem to indicate that it isn’t the violence per se, that is causing the aggression but rather frustration, difficulty with mastery, and intense competition. This information can be helpful as we make parenting decisions regarding our teens’ use of violent video games.

As with any parenting issue, there is no one-size-fits-all answer to whether or not we should let our teens play violent video games. We need to consider the information above along with the unique experiences and personality traits of our individual children.

First, in order to make a decision like this, it is important to start with the basics. How well do you know your child? Here’s a link to a worksheet that you can complete alongside your spouse to find out. When we can confidently complete these sentence starters, we will be in a much better position to make decisions on issues such as our teen’s use of violent video games.

Secondly, ask yourself some probing questions such as: Is my child sensitive? Would the violence in the video game overwhelm him? Does he lack the appropriate “file folder” in which to put the violence of the video game? Are the video games decreasing his connectedness with others? Is he becoming more isolated and withdrawn? Is he unable to walk away without an explosive outburst? Has it taken a place of priority in my teen’s life? Have the games become more than just a source of entertainment?

If you answered “yes” to any of these questions, you may want to reconsider your teen’s use of violent video games.

You may find that it isn’t just violent video games that are impacting your teen. High cost, intermittently rewarding video games, even those that are not inherently violent, can be simultaneously addictive and frustrating, creating a perfect storm for aggressive behavior. These would be worth reconsidering as well.

It’s very important for Christian parents to model and encourage the development of the fruits of the Spirit in their children. These include love, joy, peace, patience, kindness, goodness, faithfulness, gentleness and self-control. Anything our teens engage in that foster character traits that are in direct opposition to these fruits of the Spirit is worth a second look. This can include anything from music to books to social media.

To that end, regularly encourage your teen to audit their inputs. This means to pay close attention to their brain’s daily diet of information and stimuli. In Philippians 4:8, the Bible instructs us to think on things that are true, pure, right noble, lovely and admirable.

This isn’t Pollyanna-inspired guidance. We are told to meditate on such things because the Lord knows that what we put into our minds and souls will impact how we view the world around us and relate to others. If we want genuine joy and peace to be the outpouring of our hearts, we need to make sure that we are surrounding ourselves with things that will help it get there.

Research may have found no concrete causal link between violent video games and aggression. But aggression isn’t the only measure of impact. Consider the bigger picture. Consider your unique child. And most importantly, pray about it. The Bible is very clear: if the Lord has convicted you that something is sinful, for you do engage in that activity would be sin (see Romans 14:14).

Listen to the Holy Spirit as He leads, and then follow His direction. On debatable issues such as teens playing violent video games, only He can instruct you on what is right or wrong for your family. 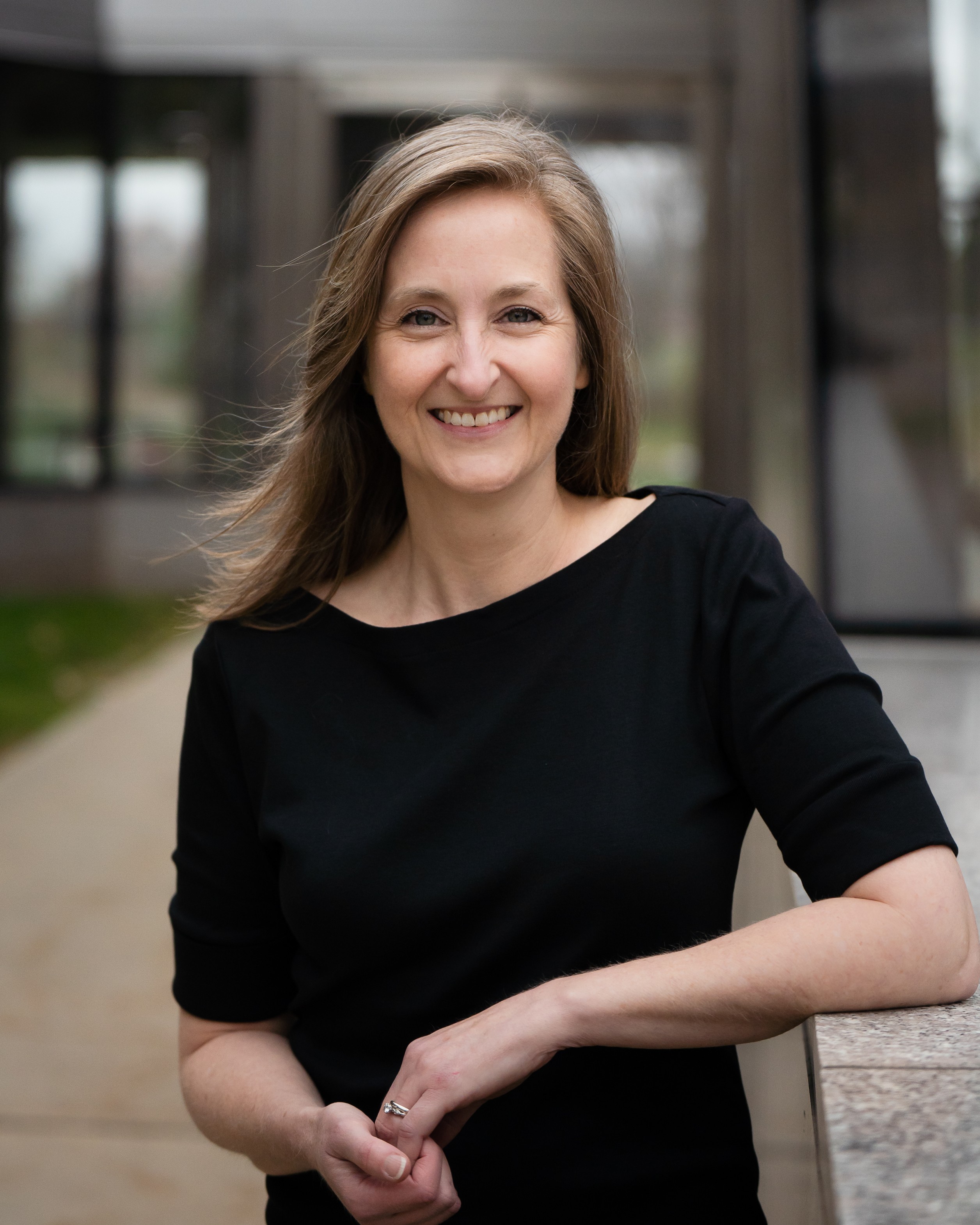 Laura Kuehn is a licensed clinical social worker with a specialization in children and families. She is the founder of www.cornerstonesforparents.com, an online resource for Christian parents. Cornerstones offers parents faith-based tips on how to correct, disciple, and connect with their children. She lives in New England with her husband and two teenage children.