4 Steps to Believing the Truth about Who You Are 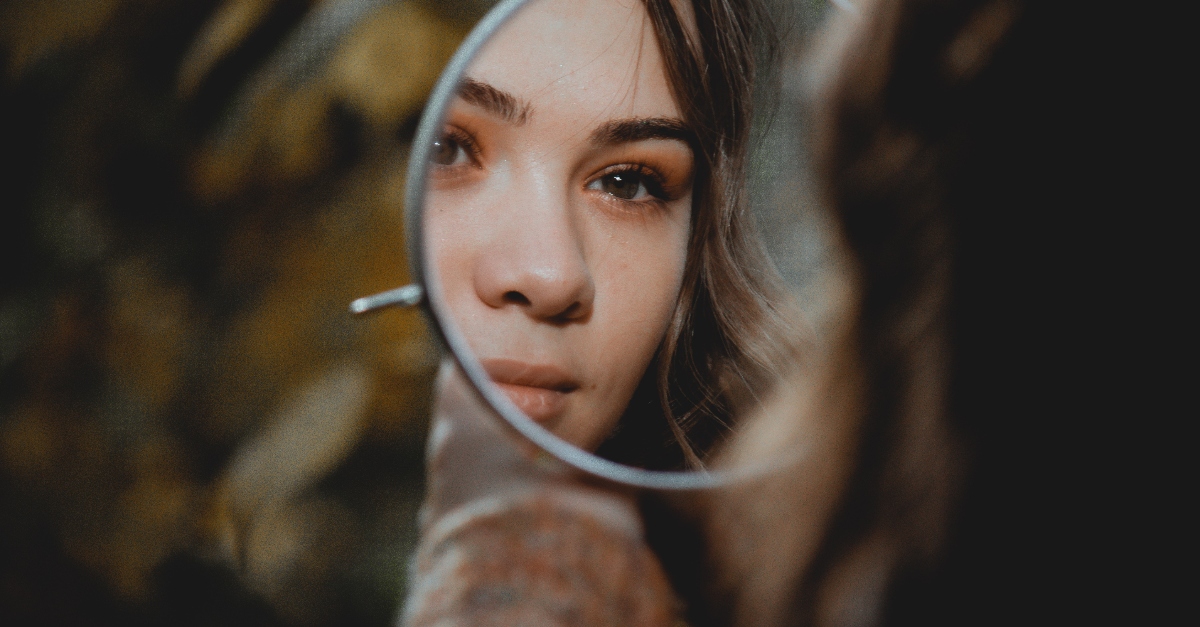 I was in the sixth grade when I first ventured into the House of Mirrors at my hometown county fair—a mere 12 years old.  For hours we gave cash to shady carnival characters in hopes of winning a stuffed purple polka-dotted snake, an oversized tie-dyed teddy bear, or a cheesy piece of jewelry we’d never wear. Personally, I stuck with Pickup Ducks—a sure win. But of all the sideshows at the carnival, it was the House of Mirrors that captured my attention.

We walked through maze-like halls, giggling at the distorted images of ourselves. I looked at the various versions of me and tried to decide which one I liked best. But deep inside, in a place no one knew existed, I was in search of another version of me. I did not like the one I knew best.

Living in a House of Mirrors

Through the years, I’ve realized men and women all around the world have grown up with a distorted view of who they really are. They look into the mirror and see words that don’t match up with the truth about who God created them to be.

They look into the mirror of value and see the word worthless.

They look into the mirror of success and see the word failure.

They look into the mirror of intelligence and see the word stupid.

They look into the mirror of competence and see the word inadequate.

They look into the mirror of acceptance and see the word rejected.

They look into the mirror of comparison and see the word inferior.

They look into the mirror of performance and see the words not good enough.

They look into the mirror of sufficiency and see the words not enough…period.

Many live in a house of mirrors, believing distorted interpretations of who they are—and the devil polishes that mirror of deception every day to keep it shiny.

I know the House of Mirrors well. I grew up there. Lived there for years. For decades, feelings of inferiority, insecurity, and inadequacy held me captive to a “less than” life. I looked like I had it all together on the outside, but on the inside, I was a cowering little girl hiding in the farthest corner of the playground, hoping no one would notice my reluctance to join in.

You might expect me to say, “But then I met Jesus and all my insecurities miraculously disappeared.” Oh, I wish that were the case, but that little insecure, lost girl grew up to become an insecure Christian woman.

Words from childhood echoed in my head. “You can’t do anything right.” “Why can’t you be smart like your brother?” “You’re so ugly.” “You did a terrible job. Go back and do it again.” When I heard, “What’s wrong with you?” I remember thinking, I don’t know, but something is.

Filtering Life through the Voice of Insecurity 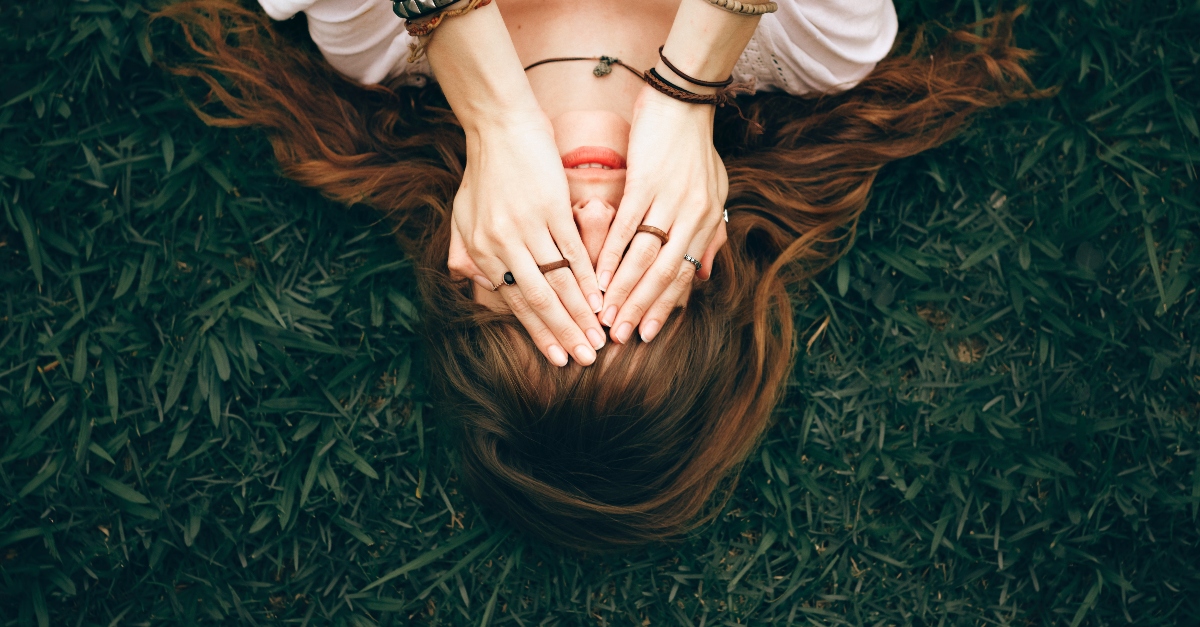 The strands of inferiority, insecurity, and inadequacy began to weave an invisible yet indelible grid system over my mind. Every thought I had, every comment by other people, and every social interaction had to filter through that sieve of deficiency before it was interpreted by my little-girl mind. By the time I was a 12-year-old, that filter was cemented firmly in place. I was a scared and scarred little girl who kept her mouth shut by day and her eyes squeezed closed by night.

But God! When I was 14 I accepted Christ through the influence of my best friend’s mom. At that point, I knew I was going to heaven when I left this earth, but those negative words were still seared into my mind.

What I read in the Bible about how God saw me and what I thought about how I saw me didn’t line up. I had a choice to make. Was I going to believe God told the truth or not?

I tried to learn the verses and cooperate with the Holy Spirit to change the way I thought about myself, but it was a struggle…a battle. So I came up with a battle plan of 4 steps to defeat the devil’s lies and replace them with God’s truth…thus reprogramming my mind. Let’s look at those today.

The first step in the battle for your thought life, no matter what the struggle may be, is to realize the enemy’s true identity. He shows up in Genesis 3 and weaves his lies throughout Scripture.

Jesus called him “father of lies” (John 8:44 NLT). Paul referred to him as the the prince of the power of the air (Ephesians 2:2). In the book of Revelation (KJV), John called him “the devil” (12:9), “the accuser of our brethren” (12:10), and “the great dragon” (12:9). No matter what you choose to call him, the deceiver slithered into mankind’s perfect world in the garden, selling his bag of lies.

Satan does not give up on you when you become a Christian. He doesn’t throw up his hands and say, “Oh well, I lost that one. I guess I’ll move on to someone else.”

Quite the contrary. He knows who you are, what you have, and where you are as a child of God. He knows you are chosen, accepted, adopted, appointed, valued, justified, reconciled, redeemed, righteous, free from condemnation, holy, sealed, complete, and completely forgiven. His mission is to keep you from believing it. And he uses the same manipulative craftiness he used in the garden—lies.

The Bible says we have two other enemies that war against our spiritual selves: the world and the flesh. The “world” has several meanings in the Bible, but when referring to it as any enemy force, it means the world’s values and mores as organized without God.

Like the word “world,” the word “flesh” also has various meanings in the Bible, and when mentioned as a negative force in the believer’s life, it means our sinful thought patterns and actions that develop over time, our mechanism for getting our needs met apart from Christ.

John says, “We know…the whole world is under the control of the evil one” (1 John 5:19). The three are in cahoots, and it doesn’t really matter which one is influencing you to tell lies about yourself. They’re all in it together. 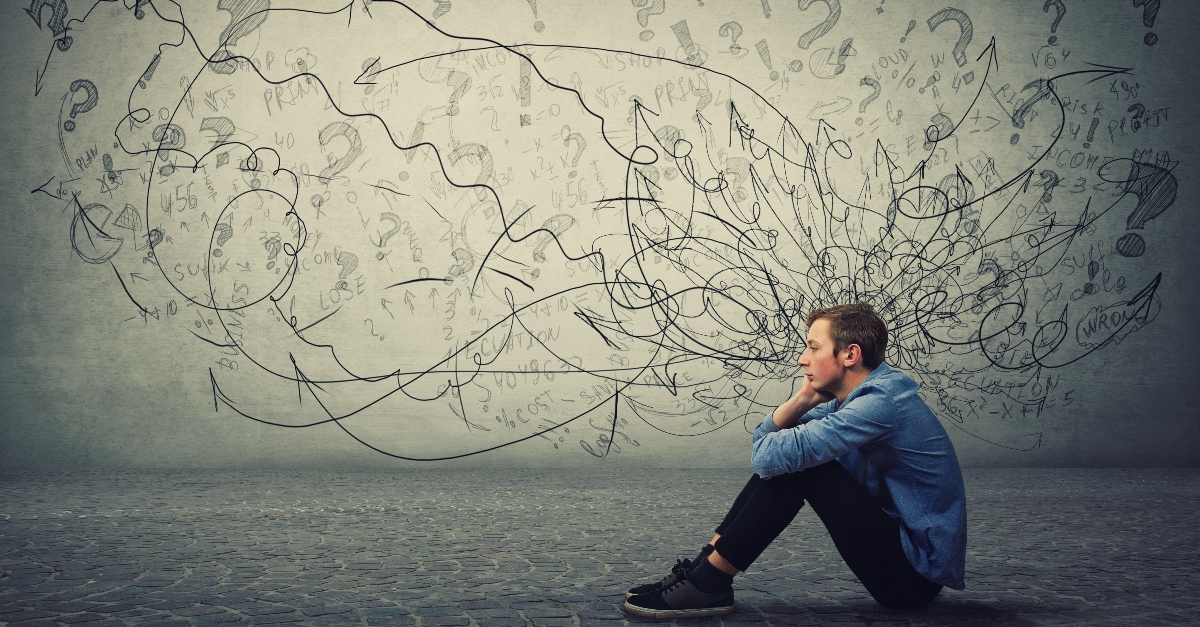 I can’t do anything right.

Everyone would be better off if I weren’t even alive.

D. L. Moody once said, “The best way to show that a stick is crooked is not to argue about it or to spend time denouncing it, but to lay a straight stick alongside it.” Lay your thoughts against the Word of God and see if they are crooked. If they don’t line up with God’s Word, then we go to step number three.

Paul wrote this about our battle: “For though we live in the world, we do not wage war as the world does. The weapons we fight with are not the weapons of the world. On the contrary, they have divine power to demolish strongholds. We demolish arguments and every pretension that sets itself up against the knowledge of God, and we take captive every thought to make it obedient to Christ” (2 Corinthians 10:3-5).

Many of the thoughts that rumble and tumble about in our minds have been there for a long time. We might not even know when or how they started. These pervasive and persistent thoughts can become what are called “strongholds.”

The Greek word for stronghold is echo, meaning, “to hold fast.” It looks like our English word echo, and has a similar connotation: to echo again and again in someone’s mind.

These thought patterns have the potential to grab hold of a mind and rule a life. Many strongholds are built for protection, but inevitably become prisons. When we reject the lies, the strongholds begin to crumble brick by brick.

We can reject the lie by simply saying to ourselves (and the enemy), “that’s not true.”

For example, when I make a mistake, Satan whispers the thought into my head, I’m so stupid. As soon as the thought enters my mind, I can do one of two things: I can believe the lie and make it my truth, or I can reject the lie by saying, “That’s not true.” And once that lie is rejected, we go to the fourth step in the battle plan.

Step Four: Replace the Lies with the Truth 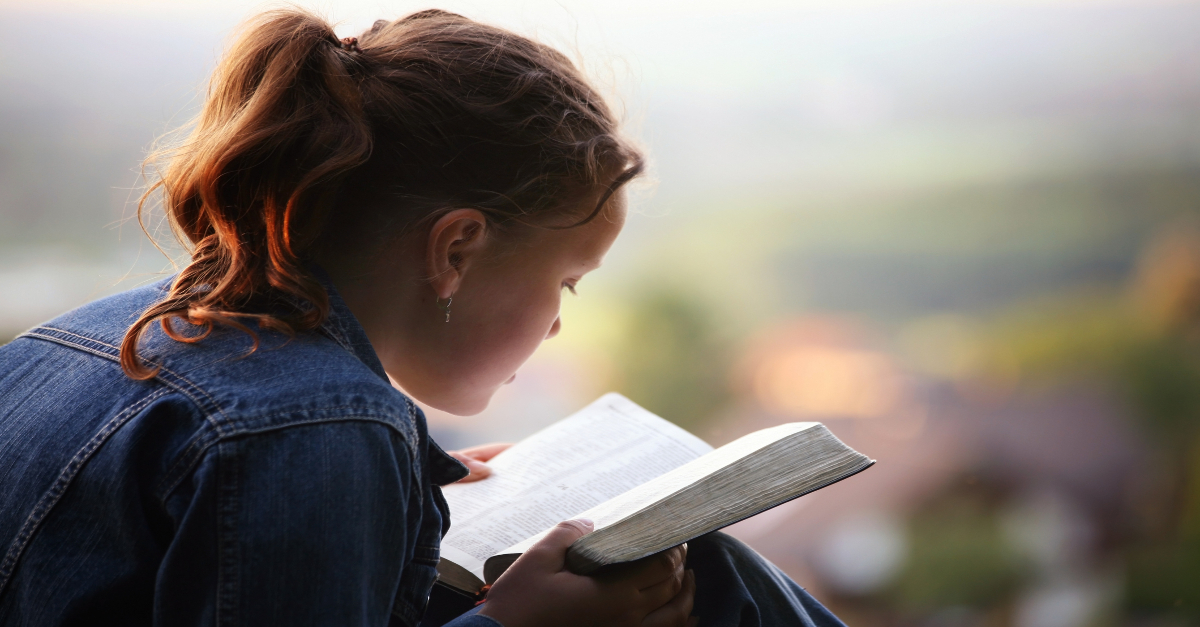 Once we recognize the lie and reject the lie, then we replace that lie with truth. Going back to the example above, I would replace the lie “I’m so stupid” with “I have the mind of Christ” (1 Corinthians 2:14-16).

Paul teaches, “Do not conform to the pattern of this world, but be transformed by the renewing of your mind” (Romans 12:2). As we begin to recognize the lies, reject the lies, and replace the lies with truth, we will be renewing our minds to think biblically and truthfully. Once we change our thinking, our actions and reactions (or emotions) will also change. We cannot act differently than we think, so real change begins in the mind.

You and I will never change the way we think because someone tells us to. It will only happen when we tell ourselves the truth. Rehearse it. Speak it. Believe it. The thoughts you consume will eventually consume you. Make them count.

These four steps aren’t magical, but they are biblical. The change won’t happen overnight, but with practice, it will happen.

The influence of the world never ceases to exist. The desires of the flesh never disappear completely. The lies of the Enemy are never totally silenced. But the more you practice recognizing the lie, rejecting the lie, and replacing the lie with truth, the more power you will have to live the abundant life God planned all along.

Related Resource: Listen to our FREE podcast, Reframed: The Power of Perspective. In each episode, Carley provides practical techniques for identifying and reframing negative thinking patterns. Listen to an episode below, and check out all of our episodes on LifeAudio.com.