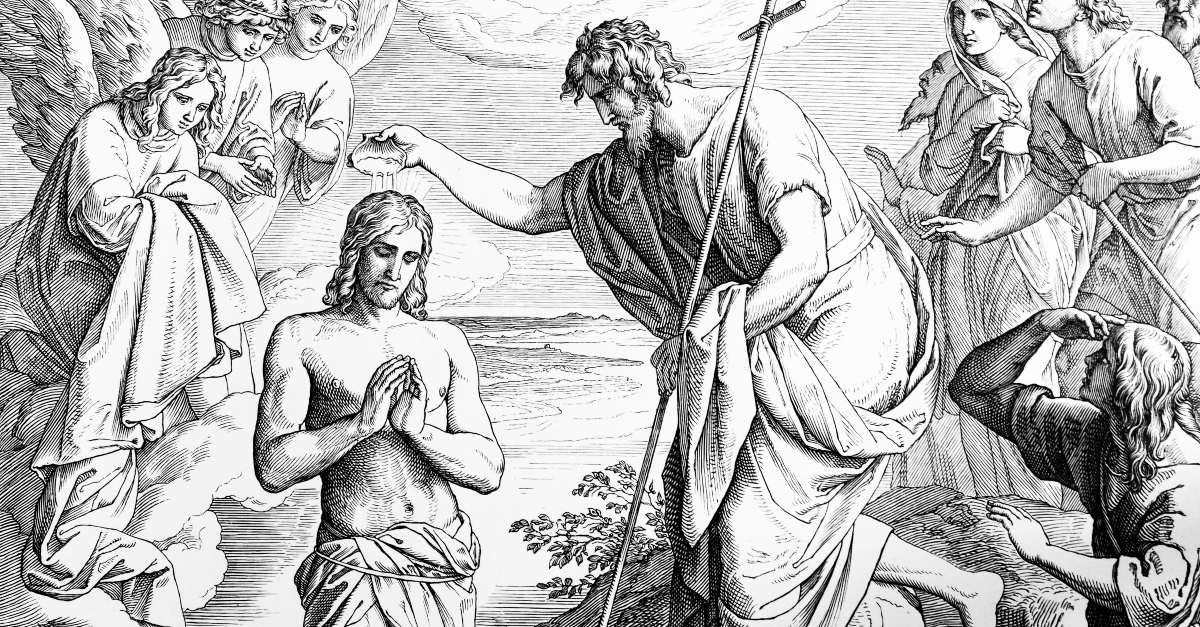 John preached and baptized near the Jordan River and called for people to repent. They flocked to the desert to hear a new, refreshing message. His preaching pricked their hearts and brought them to the knowledge that they needed to turn from sin.

So why did Jesus submit to baptism? He had no sin to repent of. Wouldn’t His entry into the river tell the crowd that this Man was just one of them? Wouldn’t this reflect that He had sin also?

While those standing nearby didn’t grasp the identity of the one in the water, John did. He pointed to His cousin in the flesh and told the crowd, “Look, the Lamb of God who takes away the sin of the world!” (John 1:29 NIV)

John didn’t want to baptize the one he knew was the Messiah. Instead, he proclaimed his own need to be baptized by the Lamb (Matthew 3:14).

Yet this desert prophet did honor the request and Jesus submitted to baptism for these 5 reasons.

1. To Identify with Us

“Who, being in very nature God, did not consider equality with God something to be used to his own advantage; rather, he made himself nothing by taking the very nature of a servant, being made in human likeness. And being found in appearance as a man, he humbled himself by becoming obedient to death—even death on the cross!” (Philippians 2:6-8)

Adam was given the dominion to rule and reign over all of creation (Genesis 1:28). But he was deceived into giving those rights away. Because the Creator does not violate His word, He didn’t have the legal right to just come down and throw Satan out. For Jehovah to legally defeat Satan’s rule, He had become one of us. He had to replace Adam (Genesis 3:15).

Christ came to earth to defeat the works of the devil and show us how to live in that victory (1 John 3:8). He was baptized to identify with us as humans and to show He had authority on earth.

The Word made flesh laid aside the benefits of deity and functioned on the earth as a person, even though in His Spirit He was part of the godhead. He did this to identify with us and to be able to defeat the devil as a human filled with the Spirit.

Jesus shed perfect, sinless blood to purchase our redemption. But He overcame temptation as a Man filled with the Spirit. If He had done what He did as divinity, we wouldn’t have the ability to follow that example. But because we are filled with the same Holy Spirit, we can resist temptation the same way. 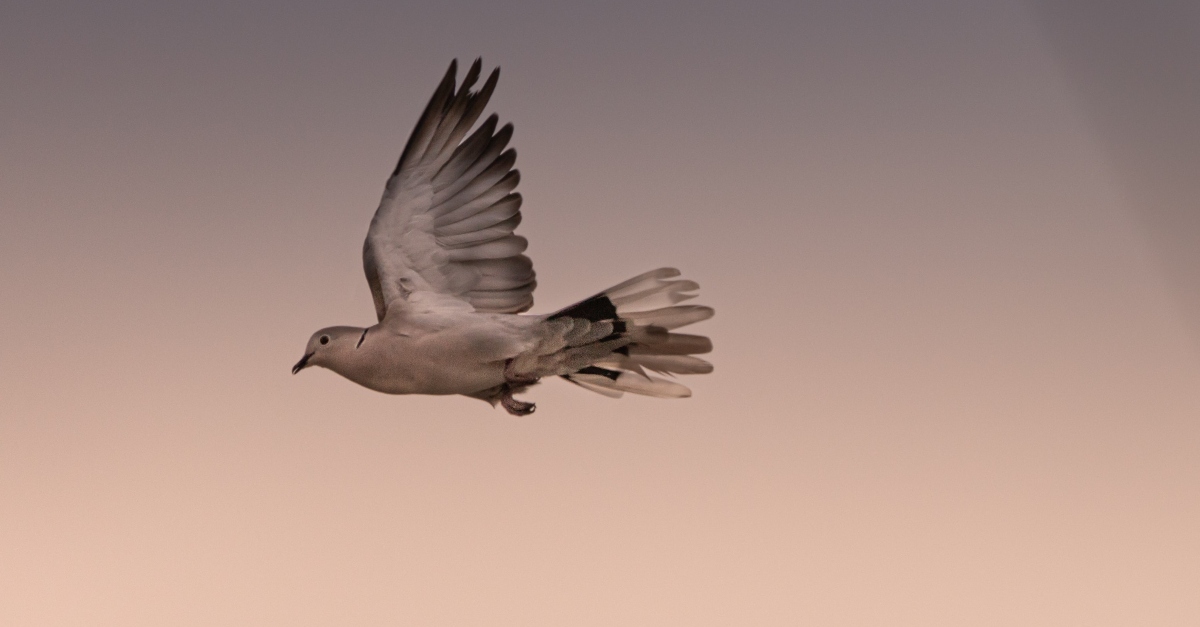 “As it is written in Isaiah the prophet: “I will send my messenger ahead of you, who will prepare your way—a voice of one calling in the wilderness, ‘Prepare the way for the Lord, make straight paths for him.’” (Mark 1:2-3)

At the time John appeared on the scene, Israel had not heard from a prophet for over 400 years. John came in the capacity of Elijah proclaiming the kingdom was at hand.

While the Jews hated the Romans, they were under that foreign rule. They had been absorbed into the culture. Israel had lost their semblance as a nation. Synagogues had been substituted for temple worship because they had no temple until Herod rebuilt it. The Hebrew language was hardly used anymore. Instead, they spoke Aramaic and Greek.

Following the Law had become a ritual with no meaning.

When John preached, they heard life, not dead works. Ears and eyes were starting to open. He prepared the way for those who would listen to know the Savior.

The Son’s actions confirmed John as a prophet (Matthew 11:14).

3. To Acknowledge He Was the Beloved Son

The announcement from heaven showed John this was the one he was preaching about. Not all those who stood nearby heard the message, but obviously Satan did.

Up until this time, the devil couldn’t find the Messiah. Satan had tried to kill people since the beginning in search of the redeemer foreshadowed in the garden. He tempted Cain to kill Abel. Maybe Abel was the one because the Lord saw that one as righteous. Maybe it was one of the Hebrew children. He killed hundreds, maybe thousands of babies, but missed Moses.

The fallen angel never knew who the redeemer was, but he knew one was coming. He tried to corrupt the human bloodline all through Israel’s history by deceiving Israel into heathen worship. If there was not a virgin, there can be no virgin birth.

Even after the angelic proclamation at Christ’s birth, the prophecy of Simeon, and the wise men acknowledging Him, the devil was so stupid he didn’t know which person was the Messiah. He didn’t know which one to get so he killed all babies in the area two years old and under. His attempts to kill the infant King of the Jews failed.

When the Son was in the wilderness, Satan tempted Him to question the identity that had just been declared by the Father. Now the devil had a target and all he had to do was bring this one down the same way he brought down the first son of God, Adam.

The voice from heaven at the Jordan River confirmed that Jesus was the Father’s only begotten Son.

4. To Represent His Future Death, Burial, and Resurrection

“Since the children have flesh and blood, he too shared in their humanity so that by his death he might break the power of him who holds the power of death—that is, the devil—and free those who all their lives were held in slavery by their fear of death.” (Hebrews 2:14-15)

The Messiah went into the water and submitted to John’s immersion of Him to represent submitting to death. He was buried in the water the way His body would be buried in the ground. He came out of the water as an image of His resurrection.

The Holy Spirit descended upon Him, and He was now endowed to do the Father’s will (Matthew 3:16).

Our Savior was tempted in the same way we are. He overcame by the authority of the Word. He tells us to do the same thing. Resist the devil and he will flee (James 4:7). He was the beloved Son of God, but He was overcoming temptation as the Son of Man by using the Word.

He could have called the angels and done what Satan was saying Jesus could do. But Jesus knew to fulfill His Father’s will, He had to overcome by the power of the Word. That same word is available to every believer to defeat the temptations we face.

For Christ to take away Satan’s rule, He had to die, be buried, and resurrected.

5. To Induct Him into the Office of the Priesthood 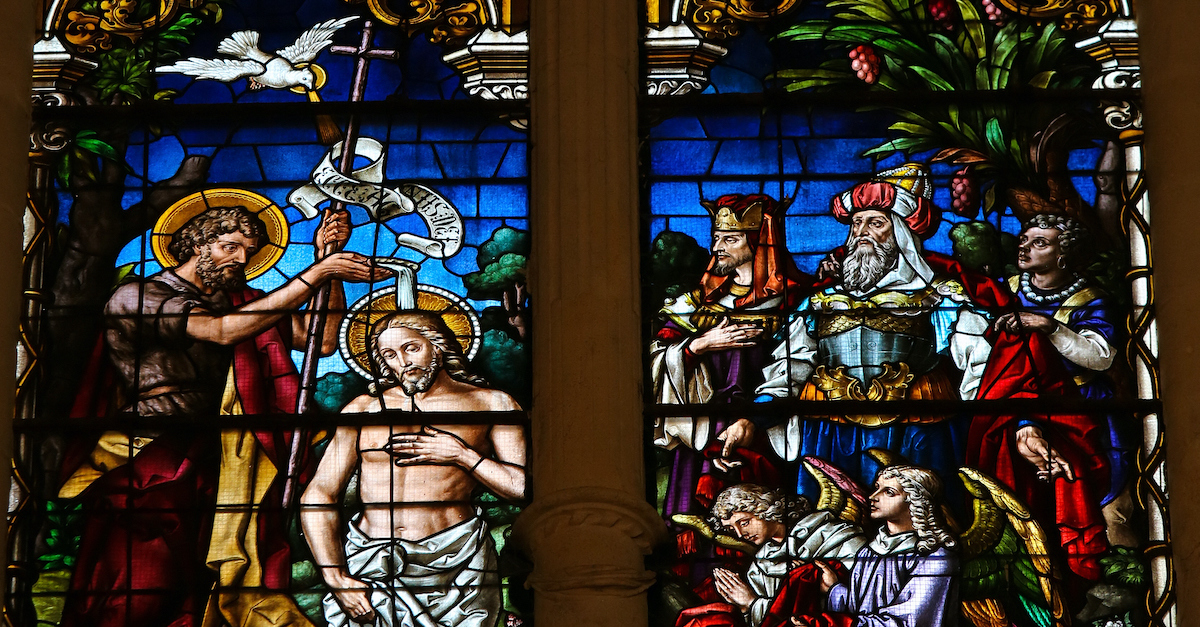 “But Jesus answered and said to him, ‘Permit it to be so now, for thus it is fitting for us to fulfill all righteousness.’” (Matthew 3:15)

Christ kept the Law perfectly which no one else could do. At birth, His earthly parents took Him to be circumcised to obey that order of the commandments. He satisfied the requirements of Exodus 29:4 and 7 through baptism which inducted Him into the office of High Priest.

To fulfill all righteousness, Christ needed to follow all ordinances laid out by the holy commandments. He was washed in water at the Jordan and anointed by the oil of the Holy Spirit once He rose from immersion.

All three persons of the Trinity were present on this occasion. The Son in the water, the Father’s voice from heaven, and the Spirit descending upon Him.

Unlike the Jewish priests who performed the rituals and ceremonies, our Savior was the perfect High Priest as well as the sacrifice. He makes intercession for us to the holy Judge with His own blood. No more priests or sacrifices are needed (Hebrews 10:12).

Our experience of baptism, whether we have already followed this command, or it is still in the future, can be enhanced as we reflect on the reasons our Savior submitted to this ordinance.

We can offer thanks to our Father for sending His Son and thanks to the Son for His obedience. When we enter the baptismal waters, our actions represent what we have done in our hearts—identify with the death, burial, and resurrection of Christ.

“But you are a chosen people, a royal priesthood, a holy nation, God’s special possession, that you may declare the praises of him who called you out of darkness into his wonderful light. Once you were not a people, but now you are the people of God; once you had not received mercy, but now you have received mercy.” (1 Peter 2:9-10)