Catholicism: Two Truths and a Lie, a series

As an adult, I see the church differently than when I saw it through my wide-eyed green eyes as a child. I would love to go back to the period of seeing things with wonderment, living with what seemed like an unlimited supply of joy, and talking to Jesus like only an innocent child knows how. Alas, as we age, we come to grips with layers only meant for adults to handle. One of those thick layers is division and discord in the Christian church. Since biblical times, there has been division and distress amongst church attendees and churches as we witness Paul pleading with his brothers in 1 Corinthians 1:10. “I appeal to you, brothers, by the name of our Lord Jesus Christ, that all of you agree, and that there be no divisions among you, but that you be united in the same mind and the same judgment.”

As a girl about eight, I experienced church divisiveness firsthand. I remember sitting on the carpet in a bright room with walls covered in handprints. I visited another church with my cousins, and the Sunday School teacher made an inappropriate comment about Catholics. Growing up in the Catholic Church, I was bewildered that an adult would say something ugly about another church. I didn’t say a word in the children’s class but later asked my mom, “Is there something wrong with Catholics?”.

Truth is, there is something wrong with all churches and with all of the Christians filling the rows on Sunday mornings. There is no perfect church because the church is comprised of imperfect humans. Suppose we set aside all rituals, beliefs, and doctrines associated with the different Christian denominations, and we strip the church of all commercial aspects (coffee and donuts too). In that case, we get broken people who are there to worship and praise Jesus Christ, learn the gospel, and give comfort and care to the sinners sitting next to them.

We get nowhere in this race if we nitpick each other (Hebrews 12:1-3). I grew up Catholic, and I now attend a Methodist Church. I was anxious about writing this article because I didn’t want to incorporate more negativity into an already pessimistic, hostile world. I haven’t come across a Catholic article lately that doesn’t come without an entourage of fast-typing critics leaving their two cents in the comments section. Honestly, this type of outcry is happening amongst all denominations and particular churches that have found themselves in the wake of scandals. It is devastating. And I am so sorry to the people who have been hurt by the church.

So when I am anxious, I pray (Philippians 4:6-7). I prayed for wisdom and insight into how I might angle this article to only bring truth and light and not give the dark anymore points. And God delivered – in only a way He knows how.

I attended Easter Sunday service at a Methodist Church, and I prepared to bow my head while a man in his eighties led us in an opening prayer. Immediately, I noticed the signature black shirt with the white clerical collar worn by Catholic priests. Our pastor introduced the father as someone who has mentored him for three decades and laughed as he described him as a charismatic Catholic. And then the two men embraced. The hug spoke the words I want to communicate: we can have our differences and still be one body in Christ.

So, I’m going to share a tidbit of information about the process of becoming a Catholic and two longstanding traditions of the Catholic Church with some childhood memories intermingled.

Truth: There Are Different Processes to Becoming a Catholic

There are three sacraments of Initiation: baptism, confirmation, and the Holy Eucharist. Becoming a Catholic varies depending on whether or not you have been baptized and where you were baptized.

When the Holy Water sprinkled my head, I became a Catholic, and the priest confirmed with words. I was born into the Catholic Church. There is a sepia photograph of me in a long handmade white lace gown and bonnet. My mom held me while the water dripped down my face, and my dad and newly appointed godparents stood around the Baptismal.

Although there are other processes to deepen the Catholicism roots, children who are baptized in the Catholic Church technically become a Catholic at that moment. As the child matures, they go through communion (Eucharist) and confirmation, the other two sacraments.

The Christian Initiation process starts with a desire and intent to become a Christian. There is a series of liturgy, catechesis (religious instruction), and formation (spiritual and academic training) to prepare for receiving the three sacraments of Initiation.

If an adult or child has reached the age of reason, seven years old, entry into the church is governed by the Rite of Christian Initiation for Adults. A person who has been officially baptized in a different Christian denomination can make a profession of faith at a mass and immediately follow it with confirmation and Eucharist for official acceptance in the Catholic Church.

According to an article on LA Catholics, there are three official steps an adult or child who is not baptized has to go through to become a Catholic:

“The first formal step in becoming Catholic begins with the rite of reception in the order of the catechumenate, in which the unbaptized express their desire to become Christians… The second formal step is given with the Rite of Election, in which the names of the catechumens are written in a book of those who will receive the sacraments of Initiation… The final stage of Christian Initiation is known as mystagogy. New Christians are strengthened in the faith through further instruction deepening the relationship with the local Catholic community.”

Truth: The Roman Catholic Church has a Tradition of Midnight Mass

You would usually find me asleep on my mom’s lap in church on Christmas Eve. It was midnight after all, and the calming voice of the priest would have my tiny worn-out body give way to rest. But in the minutes before, my eyes would sparkle from the flicker of the candles. In those late hours, the stained glass windows adorned with wreaths had an ethereal glow. My ears would soak in the joyous harmonious voices of the choir. And I would rub my small hands along the scarlet velvet pews.

The Catholic Church has a longstanding tradition (common practice since the twelfth century) of celebrating Midnight Mass. It is now called Mass during the Night because it often occurs at different times than midnight. It is the first service of The Twelve Days of Christmas (Christmastide), which lasts until January 5th. Even if you are not Catholic, I encourage you to attend a Midnight mass on Christmas Eve and be transformed by the magic and beauty of the service.

While there is no official requirement for Catholic churches to always keep the doors unlocked, it has been a centuries-old tradition to keep doors open to anyone who wants to come in. The cathedrals are usually kept open, so anyone can reflect, rest, and pray. Unfortunately, a rise in crime targeting churches along with the pandemic has caused many churches to limit their hours and lock their doors at night.

My mom grew up Methodist and converted to Catholicism because it was the only church open at late hours when she went through troubling times. If you need a quiet space to bow your head, you are free to visit a cathedral, whether you are Catholic or not. If you show up at the church and find there’s a mass in session, feel free to join. No one will turn you away.

Friends, there are doors built amongst the walls of churches. They are there for us to walk in and out of “so that the body of Christ may be built up until we all reach unity in the faith and in the knowledge of the Son of God and become mature, attaining to the whole measure of the fullness of Christ” (Ephesians 4:11-14). I hope we all remember that the church is not a particular denomination or building. Instead, the church is the body of Christ—the believers who have placed their faith in Jesus Christ for salvation (1 Corinthians 12:13). 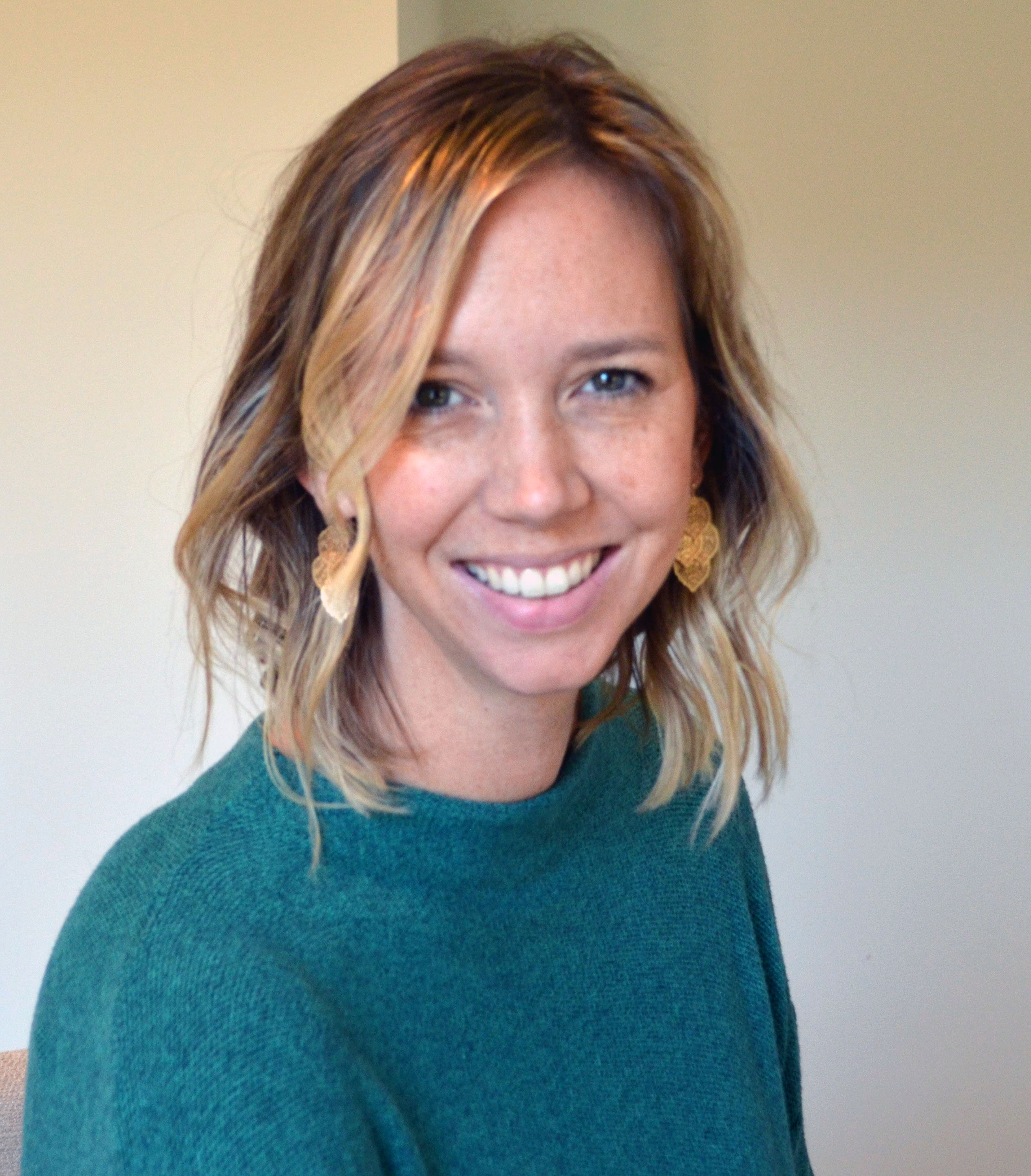 Darcie Fuqua is a Business Analyst, Auburn Grad (War Eagle!), Christian blogger & podcast host, and mental health advocate. She is from the deep south of Alabama, where she currently resides with her husband, two energetic fun-loving boys, and a dog named Charlie. She loves sinking her toes in the sand, cuddling with her boys, and having great conversations over a table of good food. You can read more of her writing on her website www.leightonlane.com and connect with her on Facebook and Instagram. Check out Darcie’s latest project as cohost of Therapy in 10.