Is America Experiencing the Wrath of God? 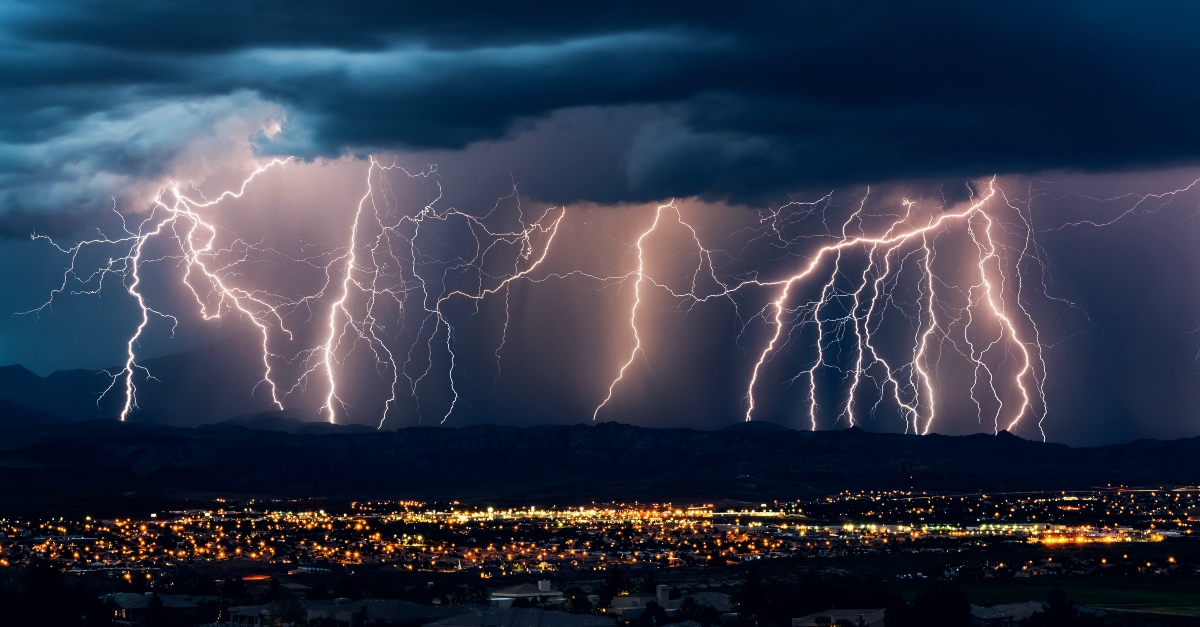 Dear Roger,
I see sin and immorality flooding our culture. We’re also facing tragedy after tragedy, from the pandemic to record inflation to war. Is America experiencing the wrath of God? If we are, is it too late to turn things around?
Sincerely, Pastor John

When I was young, I imagined that if America were ever conquered, it would be by invading nations with guns, tanks, soldiers, and enemy planes.

My thinking has changed.

I believe that we will not be conquered by armies from the outside.

We will rot away from within.

The classic passage on experiencing God’s wrath is found in Romans 1:18-32. Paul’s dissertation is the greatest exposition of human depravity in the Bible. And in response to our depravity, God pours out wrath.

The Patience of God

God is not in a hurry to pour out his wrath on anyone.

The Lord is not slow about his promise, as some men count slowness; but is forbearing toward you, not wishing that any should perish, but that all should come to repentance. (2 Peter 3:9)

Why do you think that it took Noah took 120 years to build the ark? God was being patient.

On one hand, if the people observing Noah hadn’t repented and turned their lives over to God in 120 years, why would another year do it! But on the other hand, God gave the people over a century to make their choice.

The wrath of God is often wrapped up with the patience of God. God is holding back most of His wrath like water behind a dam, because of His incredible mercy. Unfortunately, sometimes the dam breaks when He determines its time.

Imagine the wrath of God continually building up in response to human depravity. As long as there are enough Christians to salt a culture, the dam holds fast. But when the salt becomes dirty and ineffective, God’s wrath will come (Matthew 5:13-16).

The Greek language has two basic words for “wrath.”

“Thumos” is a raging word. It’s the picture of an individual emotionally exploding in anger when he or she gets seriously hurt by another. In the ensuing, cataclysmic explosion, everyone all around gets hurt. Think road rage.

However, this is not the word used here by Paul.

He uses “Orge,” which describes consistent, rising indignation. It is like a piece of overripe fruit. The skin stretches and finally bursts.

In His patience, God is not hurrying to pour out wrath. However, when the time comes, serious destruction will be unleashed.

The wrath of God is functioning in our society right now. His wrath is visible in any society where men and women are suppressing their God-consciousness and deliberately remaining in sin.

What Did Men and Women Do That Made God So Angry? 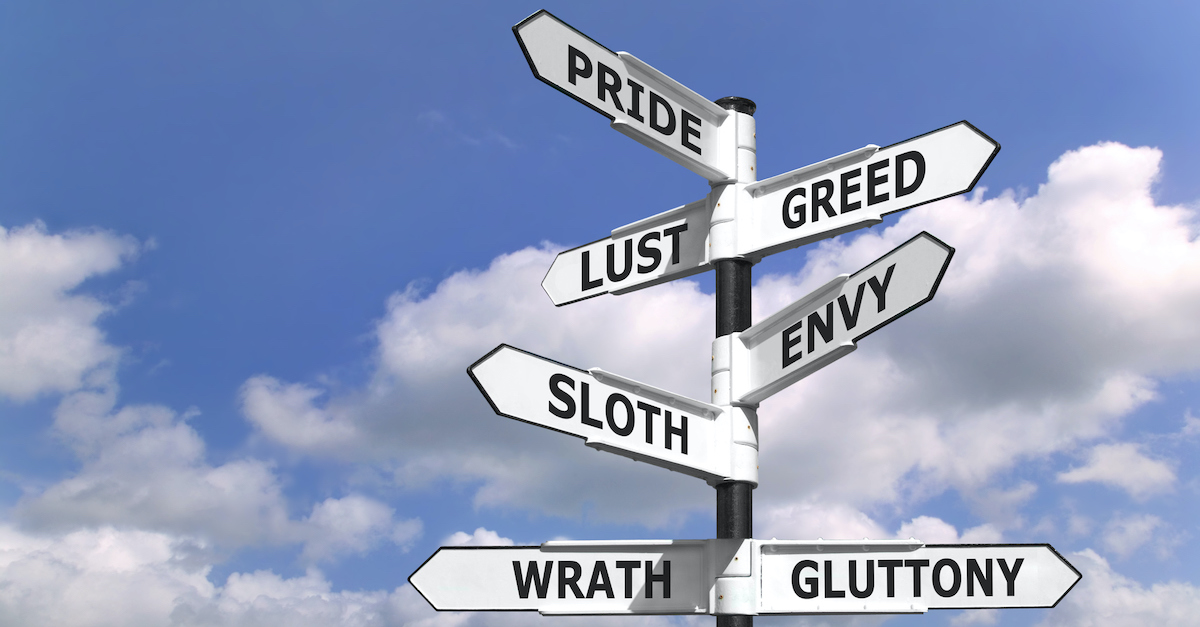 First, men and women have turned their backs on God and suppressed His truth.

The wrath of God is being revealed from heaven against all the godlessness and wickedness of people, who suppress the truth by their wickedness, since what may be known about God is plain to them, because God has made it plain to them. (Romans 1:18-19)

God is angry because men and women have taken his truths and exchanged them for lies. Even worse, they are suppressing the truth, hiding it from others.

There are those who set out to disprove and discredit the reality of Jesus Christ. Each generation seems to have a spokesperson ranting against Jesus, His principles, and His plan of salvation.

Voltaire was a well-known 18th-century French philosopher who attempted to destroy the veracity of Christianity. After he died, his house became a Bible-printing factory.

Madalyn Murray O'Hair was an infamous American atheist who founded the American Atheist Society and served as its president until 1986. She was a self-proclaimed atheist who died and whose body was never found. Many conjecture that she was kidnapped, murdered, and dismembered.

Richard Dawkins in his book “The God Delusion” contends that a supernatural creator, God, does not exist, and that belief in a personal god is a delusion.

In the Bible, God considers men and women such as Dawkins to be wicked. Why? Because it’s a dastardly thing to destroy a person’s hope. Memories are strong, but hope is stronger. You can live without memories, but you can’t live without hope.

For although they knew God, they neither glorified him as God nor gave thanks to him, but their thinking became futile and their foolish hearts were darkened. Although they claimed to be wise, they became fools and exchanged the glory of the immortal God for godless, worthless” claims. (Romans 1:21-22)

Second, God is angry with the ungodliness and unrighteousness of men.

The ungodliness of men means living as if God didn’t exist. Mankind has not turned out to look anything like Jesus intended!

The unrighteousness of men means ignoring the will, law, and plans of God. Know that He is deeply offended by the behaviors of those that He has created.

Third, God is angry because He sent men and women both internal and external proofs of His existence, and humankind has rejected them both.

One proof of God’s existence comes from nature. For example, the stars in the night sky give testimony that there is a God who designed and created the universe. It did not come along by chance.

In addition, God has placed within the heart of everyone a moral imperative that He exists. This inner witness relates to our conscience. Everyone has an inner sense of what’s wrong and what’s right. This inner sense comes from God.

What may be known about God is plain to them, … For since the creation of the world God’s invisible qualities—his eternal power and divine nature—have been clearly seen, being understood from what has been made, so that men are without excuse. (Romans 1:19-20)

A Puritan truth: “God has left large footprints throughout His creation.”

Given the evidence He has provided, there is no excuse for not believing in God.

God Gives Humankind Over to Their Own Devices

The wrath of God occurs when God abandons men and women and leaves them to their own devices.

The key truth here is “God gave them over.”

Romans 1:24 says, “God gave them over to sexual impurity for the degrading of their bodies with one another.”

Romans 1:26 declares, “God gave them over to shameful lusts.”

Romans 1:28 continues, “God gave them over to a depraved mind to do what ought not to be done.”

“God gave them over.” This phrase resounds like the final three nails being driven into the coffin of mankind.

Notice that three times in this passage comes the sweeping announcement that humankind has been abandoned by the Creator God. This is the wrath of God. The essence of God’s wrath is when He’s no longer around.

Whenever God begins to remove His restraints, sexual perversion becomes widely accepted in society. God allows men to exchange normal functions for unnatural ones. Men try to be females and females try to be males.

God made us male and female with clear-cut responsibilities for both. The confusion of these roles has sabotaged the family.

Sexuality permeates our churches. We are ordaining gays and lesbians to the ministry.

I was leading a conference with 60 women in attendance. I asked them to close their eyes and then raise their hands if they were sexually abused or molested before the age of sixteen. Forty-two hands went up.

The gospel has been replaced with feel-good religion.

We are killing two million unborn babies per year.

Greed drives our materialism so that multitudes have maxed out multiple credit cards. The average American family has less than $1000 in savings.

Acting for the good of the country is no longer a top priority for many government officials. Their plans are to do whatever is necessary to ensure their re-election.

The approval rating of Congress has shrunk to 18% at this moment. It seems that we no longer can trust anything that a politician or person in authority says.

Our biased media is no longer trusted to share the truth. Everybody has an angle.

We see approaching anarchy as armed militia march and riot upon our government buildings.

Some leaders are intentionally seeking to undermine our Constitution, even though they took an oath to protect it at any price.

Others seek to subvert accurate election returns in order to cheat winners out of their rightful victories.

Lawlessness and robbery are increasing. Once upon a time, people left their cars unlocked in the driveway. Now we put bars over our doors and windows.

It’s no longer safe to shop at the mall. A shooter could be just around the corner.

It is not even safe to go to church. Most churches have plans in place of what to do if a shooter comes through the door. When I became a pastor, I never dreamed that I would own two bullet-proof vests and need to use them on numerous occasions.

Wall Street fraud is legendary. Hollywood celebrities tell us what to believe and how to think.

Scores of Chicagoans and New Yorkers die every weekend on city streets.

The list goes on and on. Our nation is filled with evil, greed, wickedness, sexual perversion, murder, and depravity.

Poor parenting, divorce, and abuse produce an upcoming generation of anger, disillusionment, hurt, and fear that sabotages the health and well-being of multitudes of children.

It’s possible to say that our society invents ways to do evil. An easy attitude toward sin is seen as the final climax in man’s separation from God. Not only does mankind enjoy these sins, he enjoys watching others do them. 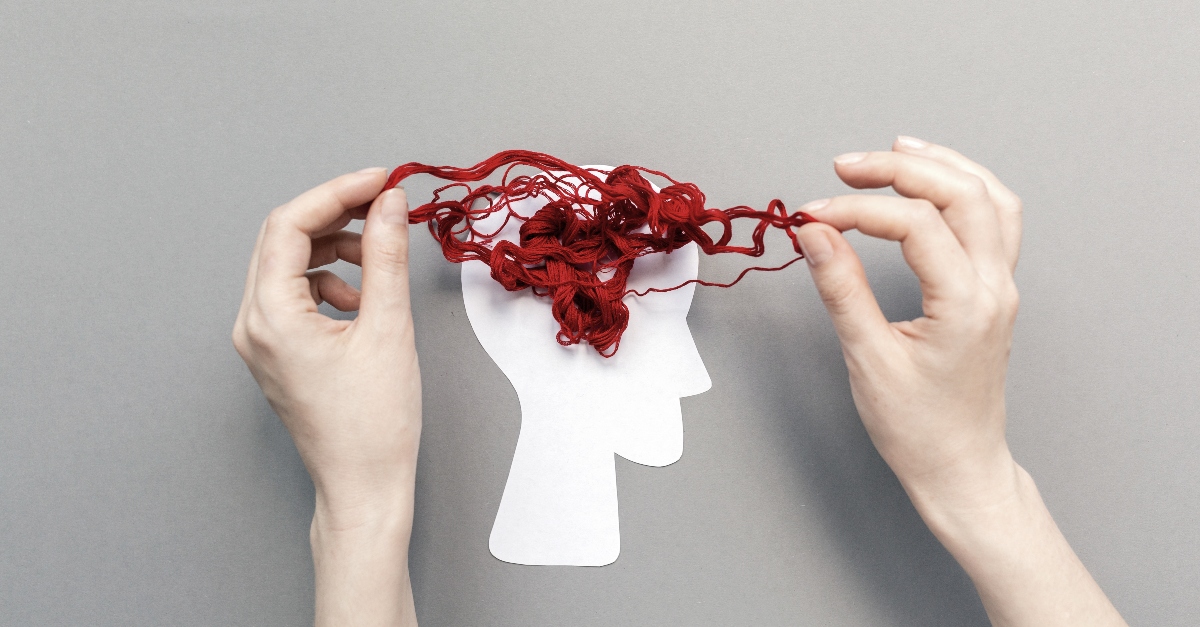 All of this produces what Paul calls a “demented mind” (Romans 1:28).

The term, “depraved mind” is hard to translate. It describes an abandoned building that soon becomes the home of rats and other rodents. It rots from within. It is eventually condemned.

In other words, a depraved mind is unfit to distinguish between right and wrong. It is a mind which is warped with regard to moral judgment. Paul gives a clear, thorough description:

They have become filled with every kind of wickedness, evil, greed and depravity. They are full of envy, murder, strife, deceit, and malice. They are gossips, slanderers, God-haters, insolent, arrogant and boastful; they invent ways of doing evil; they disobey their parents; they have no understanding, no fidelity, no love, no mercy. Although they know God’s righteous decree that those who do such things deserve death, they not only continue to do these very things but also approve of those who practice them. (Romans 1:29-32)

So today, as we see all the things that encompass the wrath of God, we shake our heads and sadly say, “They must be out of their minds…” They really are. And the consequences will be an eternity apart from God.

Well, Pastor John, I think we have here our answers to your original questions. Yes, America is experiencing the wrath of God!

Is there any hope? Well, that depends.

Any individual can turn to Christ at any time and find godly grace to survive as the wrath of God is poured out. On the other hand, a nation that is experiencing the wrath of God will never be restored.

I hope this helps,