Wisdom from the Psalms 5/18

Psalms 64:7
But God shall shoot at them with an arrow: suddenly shall they be wounded.

Jesus stood with a group of His followers. In the distance, a crowd appeared, pushing a naked woman along in front of them. They cast her down at the Lord's feet and said, "What should we do with this adultress?" They hoped to trap Jesus into advising sin.
Aware of the trap, Jesus gazed deeply into the eyes of the people. He stooped down and scribbled in the dust. Abruptly, He stood back up and said, "The one among you who is without sin, let him cast the first stone."
His answer struck like a bolt of lightning. Words of pure love and power exploded their conceit, and they were forced to look at the truth of God openly and honestly. The sin was not at issue. What mattered was forgiveness. The hateful crowd was shot through the heart by an arrow of God's goodness. Killed was the sin of unrighteousness, God will expose it for what it is.
Prayer: Turn my darkness into light, O Lord, and guide me away from things that are sinful and wrong. Teach me to love my neighbors rather than judge them. Let me cast love and peace, instead of stones. Amen. 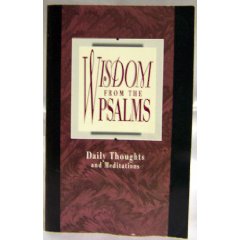