As we all know from our nativity sets, some very special guests attended the birth of the Jesus: wise men from the east, bearing gifts for the newborn king. Compared to the Bible’s account of the royal visit, the story we tell is often padded with a bit of extra information. History and tradition have done their part to fill in the details regarding these visitors, including their number, names, and the timing of their arrival. One aspect of the visit that has largely escaped alteration is the list of gifts presented to Jesus: gold, frankincense, and myrrh. If you’re wondering what use an infant would have for these gifts, you’re not alone.

The primary significance of the gifts lay in their great value—they were indeed gifts fit for a king. Beyond making it clear that these were great treasures given in an act of worship (Matthew 2:11), Scripture does not directly attach any other symbolic meaning to the gifts. However, without venturing too far off into extrabiblical speculation, it’s reasonable to draw a few possible inferences from the gifts brought by the wise men.  These valuable gifts were clearly intended to honor Jesus, but it’s possible they carried deeper theological significance as well. 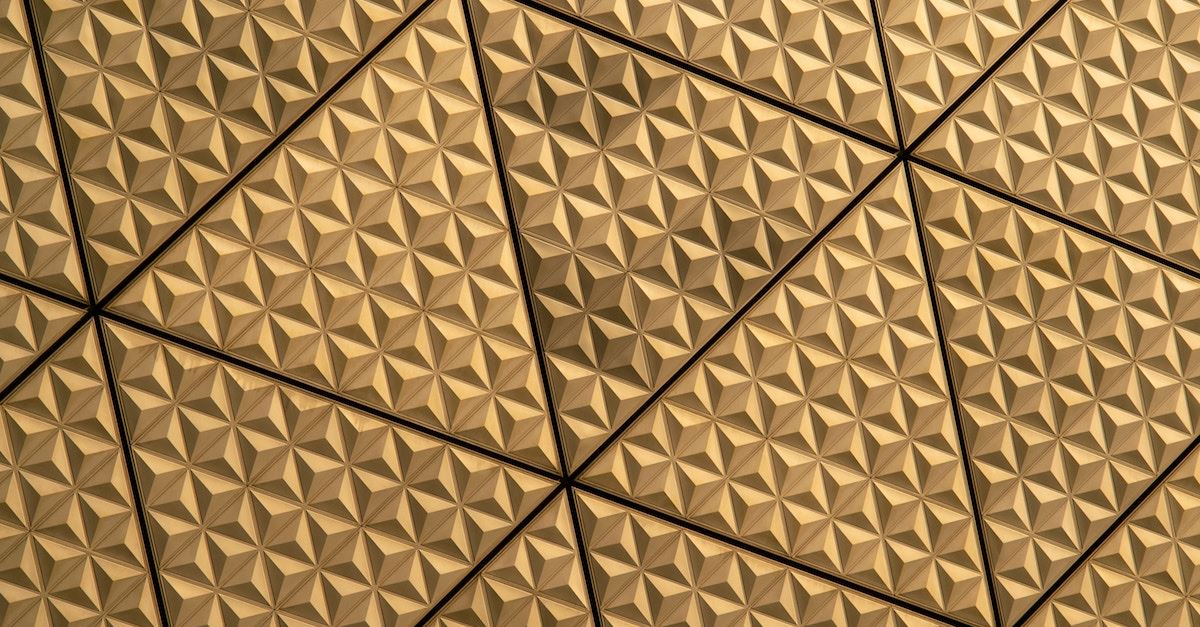 The Gift of Gold

As was customary for royal visits, the wise men came bearing treasured gifts intended to honor the newborn king. And as it is today, gold was a valued commodity in the ancient world. Among the types of assets listed in the Bible (e.g., precious metals, livestock, servants, gemstones, etc.), accumulation of gold was one of the chief measures of wealth (cf. Genesis 13:2, Ecclesiastes 2:8). Because of its scarcity and immense value, gold was particularly associated with royalty and nobility, as is seen in 1 Kings 10 when the Queen of Sheba visits King Solomon bearing great quantities of gold as a gift. By bringing a gift of gold, the wise men showed that they did indeed consider Jesus a king.

In addition to underscoring the royalty of Jesus, some have noted that the wise men’s gift of gold may have foreshadowed another aspect of Jesus’ ministry. Under the Old Covenant, the Most Holy Place (also known as the Holy of Holies) was an inner sanctuary within the Temple where the priest would encounter the presence of God and offer a sacrifice of atonement for the sins of the people. Likewise, the incarnation of Jesus heralded the presence of God—Immanuel—and the sacrifice of atonement he would make on behalf of his people when he went to the cross. The wise men may have had this connection in mind because, as described in 1 Kings 6:20-22, the walls of the Most Holy Place and the altar within it were completely overlaid with—you guessed it—gold. 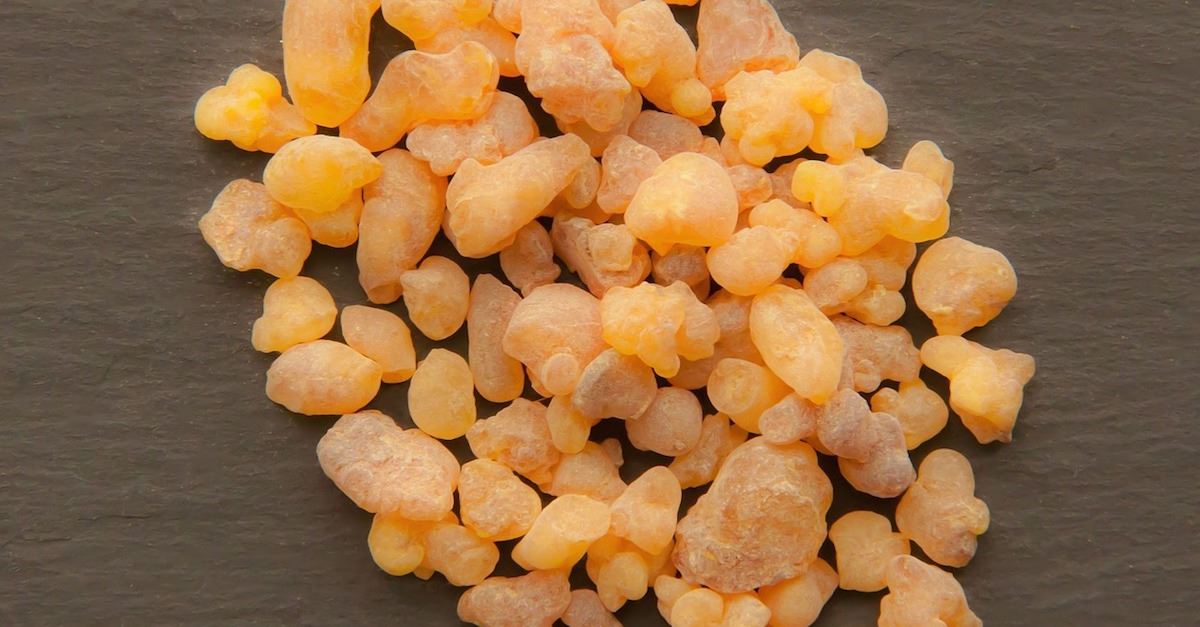 The Gift of Frankincense

Frankincense is an aromatic gum resin that is still widely used in parts of the Middle East and Africa today. It is produced by scraping the bark of certain native species of trees and then harvesting the beads of resin after they have dried. When burned as incense, it creates a strong and beautiful aroma. In the ancient near east, the cost of frankincense precluded it from being used as a common household air freshener. Rather, the burning of frankincense was closely associated with ceremonial worship of a deity. In this way, the inclusion of frankincense as a gift for Jesus may have indicated that the wise men understood that the prophecy of the newborn king carried with it a claim of deity.

As with gold, frankincense may also have an implied connection with the Temple worship of the Old Covenant. Burning incense at the altar was a key part of the sacrificial system prescribed by God for use in the Tabernacle and, later, in the Temple itself. According to Exodus 30, however, not just any incense would do. A specific recipe of spices mixed with “pure frankincense” (v. 34) was to be consecrated as “pure and holy” (v.35) and was the only incense permitted at the altar. A speculative parallel can be drawn between this and Jesus’ life as a pure and holy offering to the Lord. 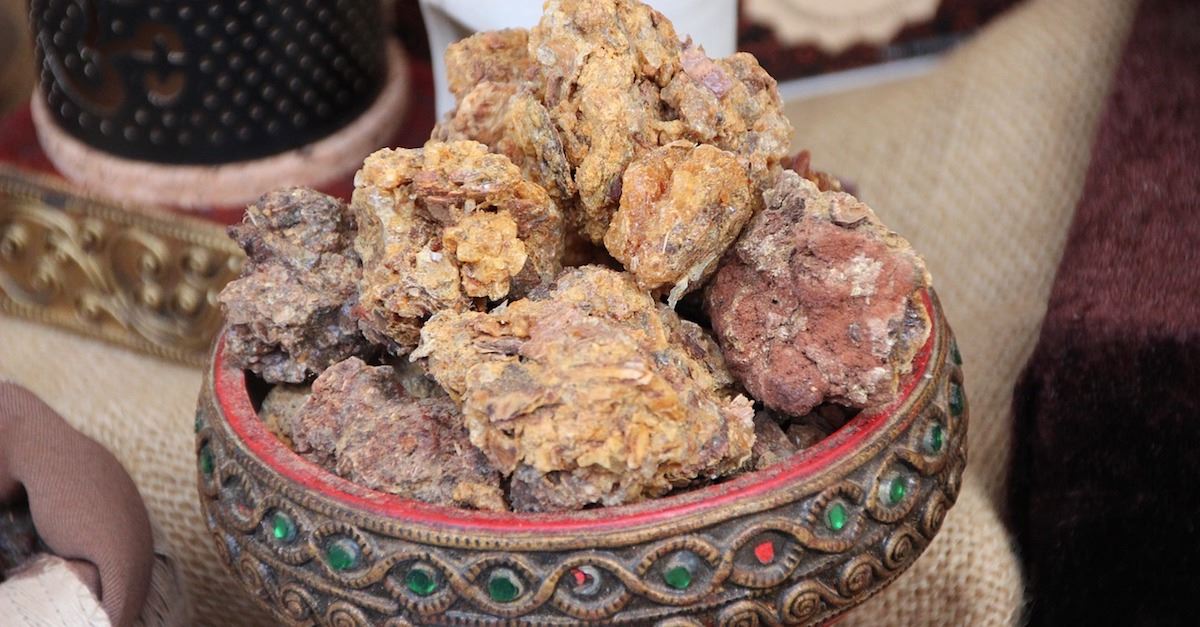 The Gift of Myrrh

Myrrh is a fragrant spice derived from the sap of a tree native to the Near East. Like frankincense, it can be used as incense, but in the ancient world it also had wider usage as a perfume, anointing oil, and was even imbibed as a medicinal tonic. Most notable with regard to Jesus’ life, myrrh was a key ingredient in the mixture of spices that were used to prepare bodies for burial (e.g., John 19:39-40). Perhaps the wise men intended this gift as an indication of Jesus’ humanity and the manner in which he would save his people—namely, that he would die for them (cf. Isaiah 53:5).

Just like the first two gifts, there is a Temple connection with myrrh as well. Exodus 30 tells us that liquid myrrh was a main ingredient in the anointing oil used to ceremonially prepare the priests, the instruments, the altar, and the Temple itself before sacrifices could be made. Again, parallels to Jesus’ consecrated life and sacrificial death are immediately noticeable.

All three gifts reveal thought-provoking implications that related to Jesus’ life and ministry. 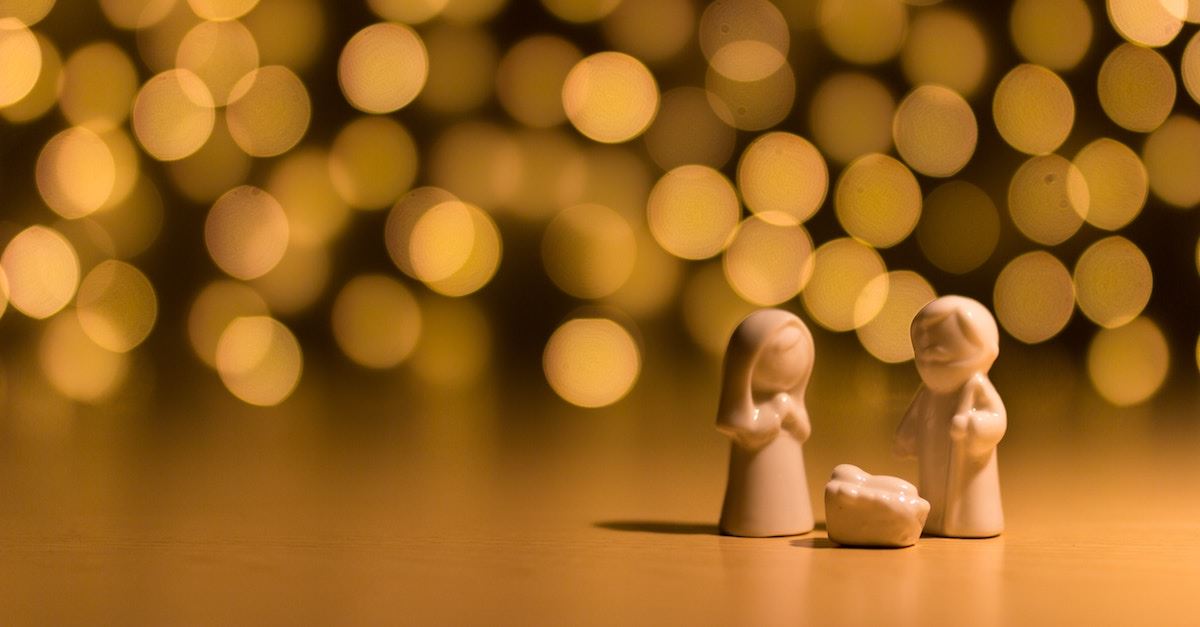 What Did Mary and Joseph Do with the Gifts?

Isaiah 60:6 describes the wealth of the nations coming to God’s people through Christ. Mary and Joseph saw a glimpse of this when they received the gifts of gold, frankincense, and myrrh. And in this case, that wealth was likely used to help the family escape to another nation. Matthew tells us that as soon as the wise men departed, an angel of the Lord came to warn Joseph of Herod’s rage (Matthew 2:13). Joseph was instructed to take refuge in Egypt, a journey of over 100 miles. For a family of humble means, a trip of this magnitude would be difficult to pull off. Though we don’t have a record of such, it is reasonable to think that the valuable gifts Mary and Joseph received from the wise men may have financed the family’s flight to Egypt. 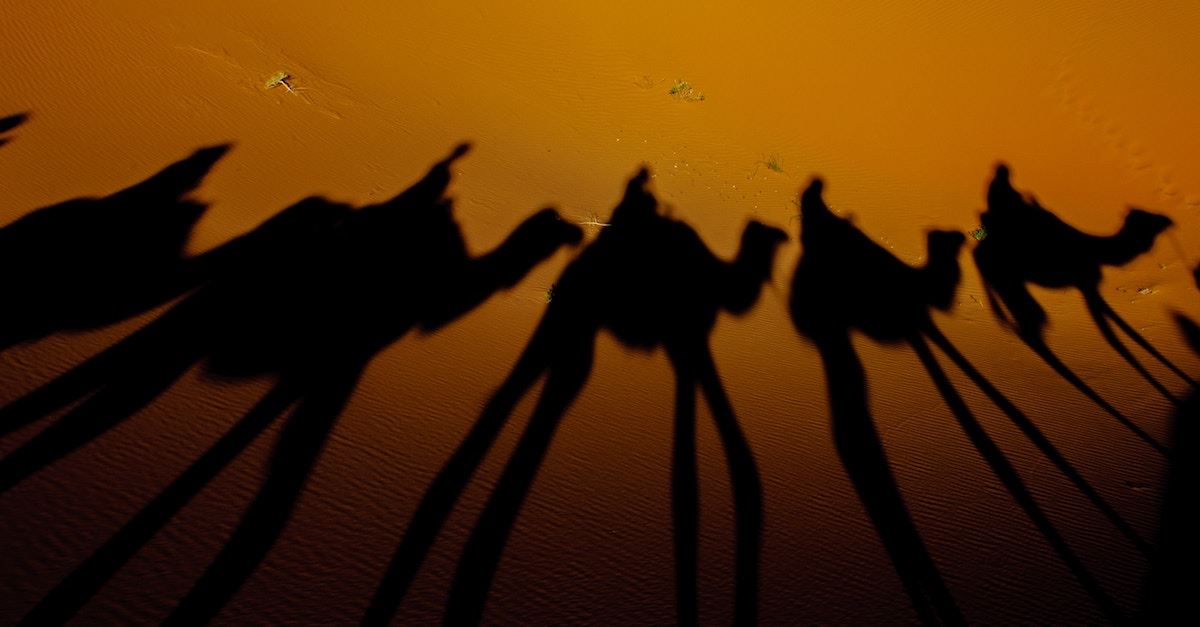 Who Were the Wise Men?

Let’s look at the Bible’s account of these travelers and their quest to meet the prophesied king:

Now after Jesus was born in Bethlehem of Judea in the days of Herod the king, behold, wise men from the east came to Jerusalem, saying, “Where is he who has been born king of the Jews? For we saw his star when it rose and have come to worship him.” When Herod the king heard this, he was troubled, and all Jerusalem with him; and assembling all the chief priests and scribes of the people, he inquired of them where the Christ was to be born. They told him, “In Bethlehem of Judea, for so it is written by the prophet:

“‘And you, O Bethlehem, in the land of Judah,are by no means least among the rulers of Judah;for from you shall come a rulerwho will shepherd my people Israel.’”

Then Herod summoned the wise men secretly and ascertained from them what time the star had appeared. And he sent them to Bethlehem, saying, “Go and search diligently for the child, and when you have found him, bring me word, that I too may come and worship him.”After listening to the king, they went on their way. And behold, the star that they had seen when it rose went before them until it came to rest over the place where the child was. When they saw the star, they rejoiced exceedingly with great joy. And going into the house, they saw the child with Mary his mother, and they fell down and worshiped him. Then, opening their treasures, they offered him gifts, gold and frankincense and myrrh. And being warned in a dream not to return to Herod, they departed to their own country by another way.(Matthew 2:1-12 [ESV])

With no hint of a backstory, Matthew simply introduces us to the travelers with, “behold, wise men from the east came to Jerusalem....” But who were these men? The term wise men (also translated as magi) refers to astronomers or astrologers who served in royal courts throughout the ancient near eastern world. Within the Medo-Persian Empire, for example, magi were regarded as valuable advisors due to their knowledge of science, agriculture, and sorcery. Later, during the Babylonian Empire, Daniel encountered—and rescued—a group of prominent wise men that had been called upon to interpret the king’s dream (Daniel 2:2,24).

By the 1st Century AD, magi were more broadly known as men who studied sacred writings and dabbled with occult practices. As evidenced by the account of Simon Magus in Acts 8, such men who “practiced magic” were contemporaries of Jesus and his disciples in and around Palestine. Though present throughout the region, magi were more commonly associated with the Parthian Empire located to the east of Palestine (present-day Iran). It’s possible that the wise men who visited Jesus hailed from this area, which would explain their familiarity with the Old Testament prophesy of the “king of the Jews” (Matthew 2:2). After the Babylonian captivity, remnants of Jewish culture lingered in that region and it’s likely that Hebrew Scriptures were among the sacred writings these wise men studied in their pursuit of wisdom. 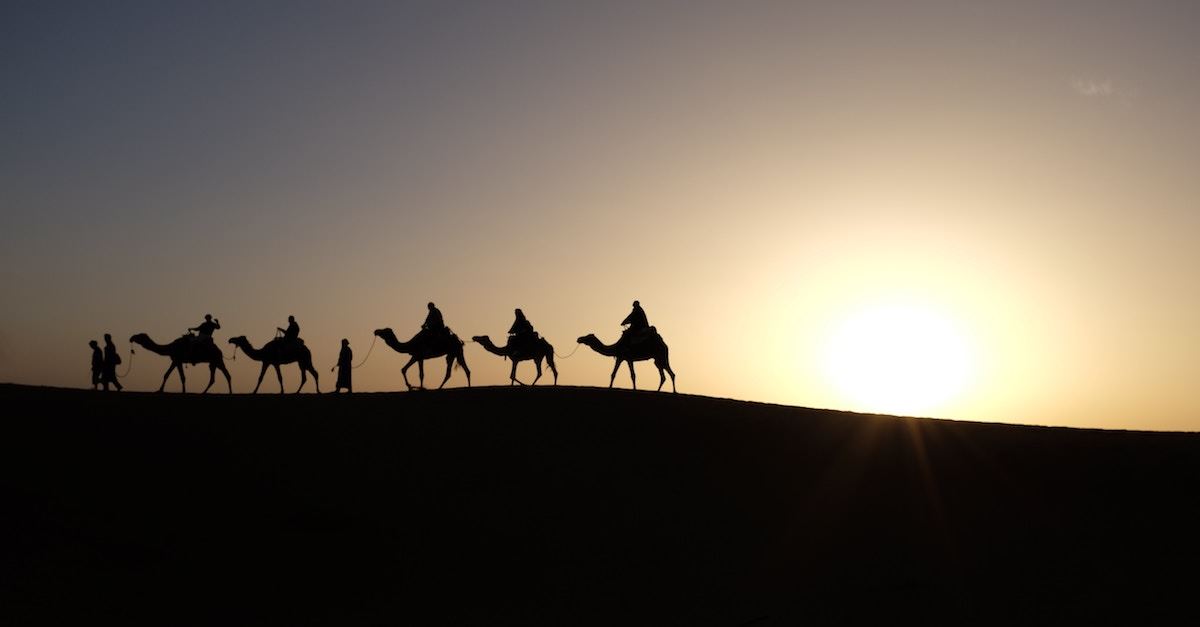 The Nations Shall Come to You

The wise men and their gifts may also be seen through the lens of global missions. Israel was never intended to be the stopping point of grace; God called them to be a light for all nations. One of the clearest examples of this picture is found in Isaiah 60, a scene describing an age to come when the nations would be drawn to the glory of Israel—“nations shall come to your light, and kings to the brightness of your rising” (Isaiah 60:3). The nations would come, but they wouldn’t be empty-handed: “they shall bring gold and frankincense, and shall bring good news, the praises of the Lord” (v. 6). In the wise men, we see a microcosm of the greater reality that is to come: one day, people from every tribe, tongue, and nation will come before the throne of Jesus in praise and adoration (Revelation 7:9-10).

Though the Bible’s account of the wise men’s visit is relatively straightforward, it can be viewed from many different angles. It’s possible that their gifts were specifically intended to pay homage to Jesus’ royalty, deity, and humanity. Beyond that, they may have also carried Temple connotations and even a reference to Jesus’ global mission. Whether or not you want to read deeper theological meaning into them, one thing that is certain is that these were significant gifts intended to show great honor to King Jesus. 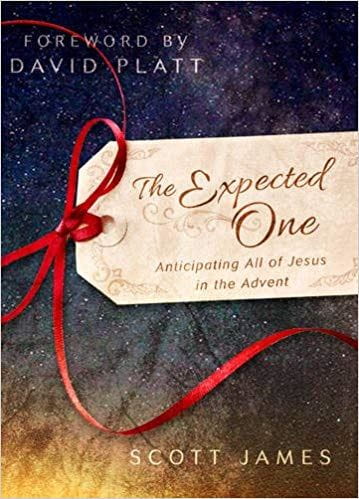 Scott James serves as an Elder at The Church at Brook Hills. He and his wife, Jaime, have 4 children and live in Birmingham, AL, where he works as a pediatric physician. He is the author of two family worship books (The Expected One: Anticipating All of Jesus in the Advent and Mission Accomplished: A Two-Week Family Easter Devotional) as well as the illustrated children's book The Littlest Watchman.

Also by Scott James on Crosswalk: The History and Meaning of the Advent Calendar