When Was Jesus Born and Why Do We Celebrate on December 25th?

When Was Jesus Born and Why Do We Celebrate on December 25th?

I have long heard that our modern date for Christmas, Dec. 25, was chosen in an effort to “Christianize” a pagan holiday. Needless to say, I was surprised to learn the true history of how this date was selected. Was Jesus really born on December 25th? Virtually every month on the calendar has been proposed by biblical scholars. So why do we celebrate his birth in December?

When was Jesus Really Born?

The tradition for December 25th is actually quite ancient. Hippolytus, in the second century A.D., argued that this was Christ's birthday. Meanwhile, in the Eastern Church, January 6th was the date followed.

But in the fourth century, John Chrysostom argued that December 25th was the correct date and from that day till now, the Church in the East, as well as the West, has observed the 25th of December as the official date of Christ's birth.

Though the gospels of Matthew and Luke both give an account of Christ’s birth, neither one provides a date for this great event. Though it may sound strange to our modern minds, it is likely that early Christians did not place any particular value on birthdays. This makes it hard to conclude when Jesus was really born.

It was not until the third century that various pockets of Christians began to show interest in the date of Christ’s birth, and it would take another century for the Church to begin celebrating it with some uniformity.

In regard to the chronology of Christ’s life, Early Church leaders were primarily concerned with determining the date of his death in order to establish the celebration of his resurrection (Easter). Since the Bible places Christ’s death at the time of the Jewish Passover, the dating should have been easy. However, reconciling the Jewish lunar calendar (which has 12 months of 30 days each and adds an extra “month” every third year) with Greek and Roman calendars proved to be difficult.

Interestingly, according to the Roman calendar, March 25th was also the spring Equinox, a day that symbolized the “rebirth of the earth” and that some Christians believed marked the first day of creation. Believers saw significance in the symbolism of Christ’s death on the anniversary of creation, since it was Christ’s redemptive death that allowed creation to be made new.

By the third century, it appears that some Christians had started celebrating Christ’s birth, as well as his death, on March 25th, because in a book called On Computing the Date of Easter, the author makes a case against this day as Christ’s birthday.

So why were Christians celebrating Christ’s birth and death on the same day? Likely, an ancient Jewish tradition of “integral age” or “whole year theory” influenced this practice. It is a belief that the life of a Jewish prophet began and ended on the same day. A third century Christian, Sextus Julius Africanus, added an interesting component to this theory. He argued that Christ’s life began not at birth but at conception. His case proves to be of particular relevance, because if Christ was conceived on March 25th, he would have been born 9 months later on December 25th, the date on which our discussion is focused.

Interestingly, the Church later recognized March 25th as the Annunciation (the date that Gabriel appeared to Mary to announce the birth of Christ and also believed to be the moment of conception (notice the pro-life implications) and December 25th as the birthday of Christ. Most Christians assume that the Annunciation was determined by taking the date of Christmas and counting back nine months. On the contrary, it was probably the reverse. 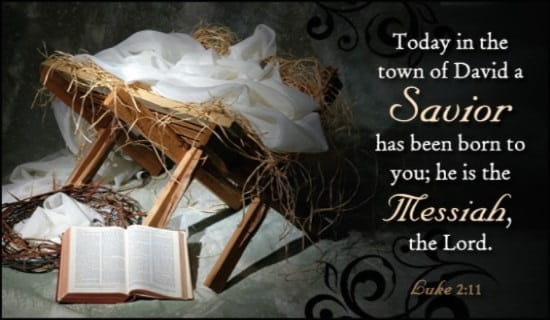 Symbolism in Dating the Birth of Jesus

Though early Christian leaders made an effort to date Christ’s birth with thoughtful consideration, bear in mind that Jesus was born in a period when time was referred to in terms of the “reign of so-and-so” and when both nature and symbolism played a role in dating significant events. St. Jerome (340-420 AD), an early church scholar, appealed to this symbolism to defend December 25 as the date of the Nativity: “Even nature is in agreement with our claim, for the whole world itself bears witness to our statement. Up to this day, darkness increases; from this day on, it decreases; light increases, darkness decreases.”1

If the dating of Christmas was influenced at all by pagan celebrations, the most likely candidate was a holiday established in 274 AD by the Roman Emperor Aurelian (around 214-275 AD) called Dies Natalis Solis Invicti, “The Birth of the Unconquered Sun,” on December 25. However, it is equally possible that Aurelian was attempting to co-opt a date that already had significance for believers. According to history professor William Tighe, “The date had no religious significance in the Roman pagan festal calendar before Aurelian’s time, nor did the sun play a prominent role in Rome before him.”2

By the time of Aurelian’s reign, it appears that the god Mithras (originally a Persian deity who was said to be either the son of the sun or the companion of the sun) was earning popularity among traveling Roman soldiers. Aurelian decided to seize on an opportunity to bring a monotheistic cult to the Roman Empire, and it is likely that his motivation was to compete with Christianity – a growing monotheistic religion that he saw as a threat to the empire.3

The first clear record of Christ’s birth on December 25 was not until 336 AD, but it is possible that the church had accepted the date long before and that it was already common knowledge. Regardless, even if the dating of Christ’s birth was owed in part to the pagan holiday, “The Birthday of the Unconquered Sun,” the influence was probably only secondary. It appears that the primary goal of the Church was to determine an appropriate date — one that Christians expected to be rich in symbolism. If this date, December 25, also happened to give the Church a sacred feast with which to counter pagan celebrations, then it was arguably the best possible choice for the day on which to honor Christ’s birth.

Debate over the Date of Birth

In modern times, the traditional date has been challenged. Modern scholars point out that when Jesus was born, shepherds were watching their sheep in the hills around Bethlehem. Luke tells us that an angel appeared to "some shepherds staying out in the fields [who were] keeping watch over their flock by night" (2:8).

Some scholars feel that the sheep were usually brought under cover from November to March; as well, they were not normally in the field at night. But there is no hard evidence for this. In fact, early Jewish sources suggest that the sheep around Bethlehem were outside year-round. So you can see, December 25th fits both tradition and the biblical narrative well. There is no sound objection to it.

Now, of course, we can't be absolutely certain of the day of Christ's birth. At least, not this side of heaven. But an early winter date seems as reasonable a guess as any. And December 25th has been the frontrunner for eighteen centuries. Without more evidence, there seems no good reason to change the celebration date now.

We can blame the ancient church for a large part of our uncertainty. You see, they did not celebrate Christ's birth at all. To them it was insignificant. They were far more concerned with his death... and resurrection.

Celebrating the Birthday of Jesus 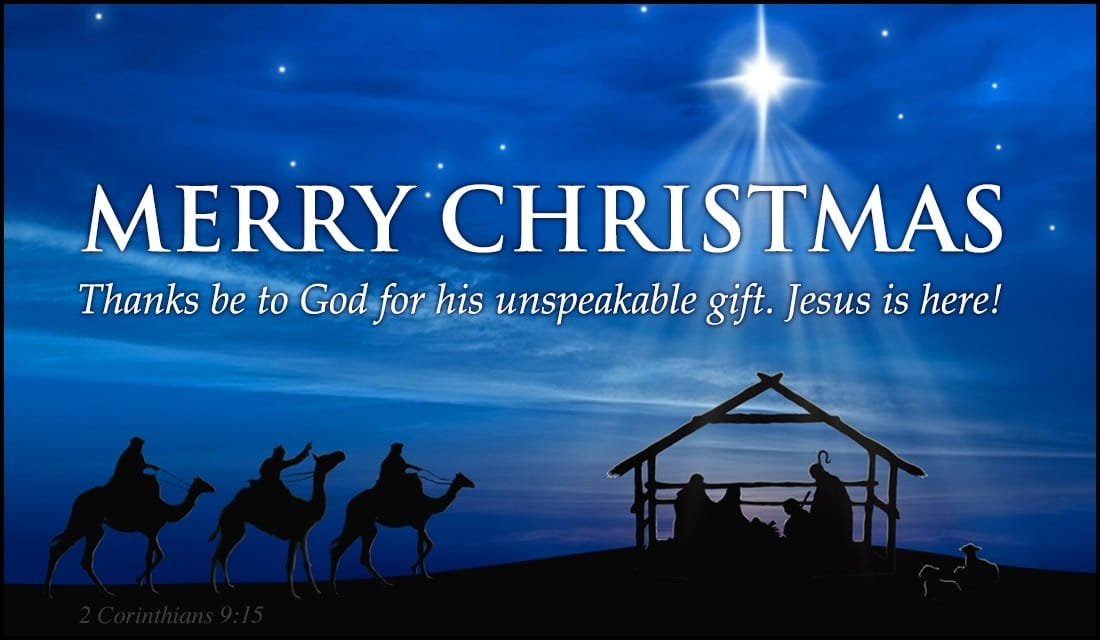 This Christmas season, take a close look at a nativity scene once again. Remove your rose-colored glasses--smell the foul air, see the cold, shivering animals. They represent the Old Testament sacrificial system. They are emblems of death. But they are mere shadows of the Babe in their midst. He was born to die . . . that all who believe in him might live.

In the winter of 5 or 4 B.C., God invaded history by taking on the form of a man. He was born in a small town just south of Jerusalem. Bethlehem, which means 'the house of bread,' indeed became worthy of its name one lonely winter night. For there, in that town, was born the Bread of Life . . .

His mother placed the infant king in a manger--or feeding trough--because the guest room where they were to stay was occupied. The birth of this king was celebrated that night only by his mother, her husband, and a handful of shepherds. The shepherds had been in the fields around Bethlehem, guarding the lambs which would die at the next Passover. An angel appeared to them and gave them the birth announcement: "today in the city of David there has been born for you a Savior, who is Christ the Lord" (Luke 2:11). In their simple faith, they rushed to see their newborn king.

The content of this article is drawn from both the book Christmas, Celebrating the Christian History of Classic Symbols, Songs and Stories as well as from Dr. John Barnett's devotional , Discover the Book.

Angie Mosteller is a homeschooling mom of two and founder of Celebrating Holidays, an educational company dedicated to teaching the Christian roots of American holidays.