Today is the annual celebration of Abraham Lincoln’s birthday. He was assassinated by John Wilkes Booth at Ford’s Theater over 150 years ago, only six weeks after his second inauguration.

On his birthday and during this second week of Black History Month, it’s important that we remember and commemorate the life of this notable president.

“Honest Abe” was known to be a leader with great wisdom. Below are few of his most notable quotes:

In a world that is distancing itself farther and farther from faith, Abraham Lincoln was a great example of a leader who centered his morals and decision soundly in God. When this country struggled to find its moral footing before the Civil War, Abraham Lincoln was a steady force and a man of action when times got tough.

3. His fight for racial equality 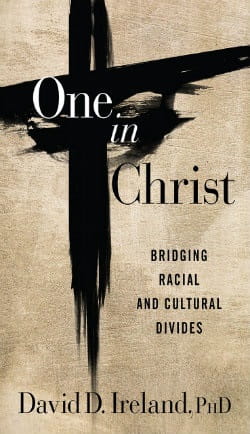 Lincoln was raised by Christians parents who were fundamentally against slavery, and disdained the practice. On September 22, 1862, Lincoln issued the Emancipation Proclamation, one of the most important documents in the history of this country. The proclamation freed slaves in rebel states, allowing African Americans to fight for their freedom. Over 200,000 African Americans served in the Union army during the Civil War.

Civil rights leaders like Rev. Martin Luther King Jr. looked up to Lincoln as a source of strength and courage, and as Christians, so should we. Pastor David Ireland, author of the upcoming book, One in Christ: Bridging Racial and Cultural Divides, points to the importance of Christians like Abraham Lincoln rising up to defend their brothers and sisters of any race in the face of injustice. This includes in our country, as well as the atrocities we see playing out worldwide in places like North Korea and China. Abraham Lincoln’s life and sacrifice have left a tremendous legacy for us all to follow.

In conclusion, let us remember the words from his infamous Gettysburg address speech, given a few months after the battle the famous Civil War battle.