10 Complaints You Should Never Give Your Pastor

10 Complaints You Should Never Give Your Pastor 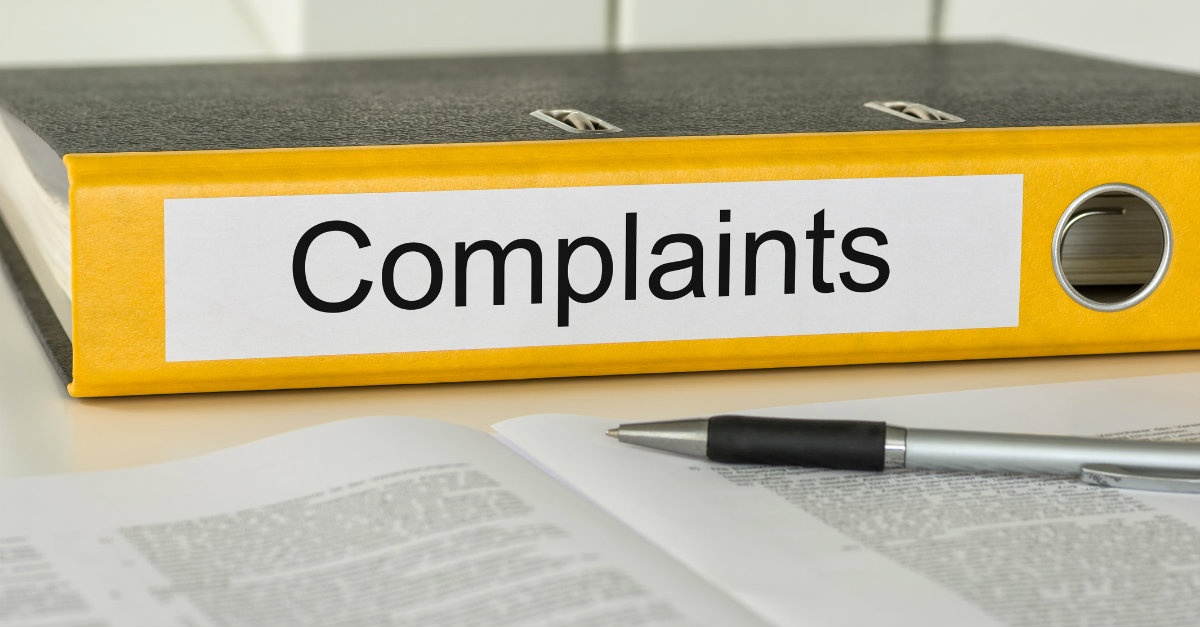 Listening to the gripes of the Lord’s people is standard fare for ministers.

They ought to teach courses on it in seminary.

Someone please tell the newly ordained to get ready.

The primary nerve center for griping and complaining in the church house has always been the carnal and the worldly.  This includes two groups of people: the unsaved (represented by the infamous mixed multitude of unbelievers and hangers-on who went up from Egypt with Moses and Israel) and the unspiritual.  The latter group is saved but has taken a seat just inside the front gate and gone no deeper into the spiritual things.

Some chronic complainers are saved and some are lost.  The problem is they look and act alike, making it impossible to tell outwardly.  So, God’s faithful must be careful about making generalizations, that “Christians wouldn’t act this way.”

Not all Christians get these things right. Not every believer acts like a Christian.

The one thing both groups have in common is a lack of faith.  They see as the world sees.  They will pass judgment on pastors because, “after all, he works for us, right?”  They make decisions about the church based on numbers, income, feelings, polls, reputations, and whether people are happy.  They are known to utter some of the notorious expressions we are listing below.

Since the church door is wide open and bolted so–“whosoever will may come”–every congregation will include a sizeable contingent of the carnal, both the unsaved and the unspiritual.  What the church must never do is install them into places of leadership.

Put the spiritually stunted in leadership positions and you’re buying trouble for the ministers and erecting obstacles for the Lord to accomplish anything in your church.

Scripture reminds us that “the natural man does not receive the things of the Spirit of God; neither can he comprehend them for they are spiritually discerned” (I Corinthians 2:14).

“The carnal mind is hostile to God, for it does not subject itself to the laws of God, for it is not even able to do so. So then, those who are in the flesh cannot please God” (Romans 8:7-8).

Pray for the pastor.  It would appear that ministers have to put up with more complaining and griping than any group on the planet.

Recently, when a lady criticized me on Facebook for urging caution in ousting ministers, I found myself saying to her (in my mind): “Thank you for that.  It’s been 12 years since I pastored a church and I had almost forgotten how it feels to be attacked unfairly.”

We all have our list of pet peeves in life.  We pastors have our list of expressions people use to manipulate others so they can get their way.  Here is my personal list of the worst things I’ve heard said in church.

1. The pastor is not meeting my needs.

He’s not there to meet your needs.  Jesus does that. The pastor is there as a shepherd to watch over the entire flock and to see that healthy food is available and safe procedures are in place.  He’s there to make you holy, not happy.

2. I’m not being spiritually fed.

Babies have to be spoon-fed. Adults can feed themselves.  Since I’ve been able to read the Bible for myself and study God’s Word independently, I’ve not depended on the pastor to burp me.

The Christian faith is about the grace and mercy of God.  We thank God He does not give us what we deserve.  Faithful believers show the same kind of dedication and love to one another.  But at no point is a child of God to insist on his rights.

If we got what we deserve, we would all be in hell.

That’s always the prelude to gossip.

When I was a young pastor, one lady in the church would confide, “Now, I know you would want to know….”  It was her way of passing along gossip.

Stifling the urge to pass along the latest trash on someone in the church is one of the hardest skills to acquire.  Only the mature can pull it off.

5. Now, I’m not saying who, but some people are unhappy about…

Anonymous criticism is one of the most cowardly things ever concocted in hell.  When the pastor asks, “Who exactly is this you say is unhappy?” his critic answers, “Well, I’m not at liberty to say.”  (At that point, the preacher should then get up and show his visitor the door. “This conversation is over, friend.” And if they don’t leave, the pastor should.)

Lay leaders should teach the membership never ever to bring anonymous criticism to them or to their ministers.

6. I gave the money for that, so I’ll make the decision as to how it’s to be used.

Once our gifts are in the offering plate, they belong to the Lord and His church.  The donor relinquishes all control and is entitled to nothing as a result.  (Even the IRS agrees with that.  Money given to a mission program or to benevolence cannot be dictated by the donor.  Church procedure decides how it will be used.)

Every believer can serve in a hundred ways, whether we are “gifted” in a particular area or not.  No one requires a specific anointing of God to share their faith or make a gift or pray a prayer or teach a class.

A friend says three groups of people can be found in every congregation.  There are consumers: “Just browsing.”  There are customers: “We come to this church because of the music program” (or children’s, missions, Bible teaching, etc).  If you cancel that program, they leave.  And there are the shareholders: Announce a work day and these are the ones who show up.  You build a church with the shareholders, not with the other two groups, although most of the latter were one of the former previously.

9. The preacher is a dictator.

Now, some preachers have been known to tyrannize congregations, so let us admit that up front. There is no place for that in the household of God.  However, Acts 20:28 says the Holy Spirit makes the pastors the overseers of the church, and Hebrews 13:17 calls on us to submit to those who are over us in the Lord.

Personally, I’d be careful in accusing the pastor of being a dictator.  I keep thinking of a time when the charge was made about me.  The church’s building committee had decided we needed to renovate our aging sanctuary and I supported the decision and, as pastor, became the spokesman for the effort.  In short order, some began to accuse me of engineering this project (for what reasons I could never discern) and ramrodding it through.  Go figure.

10. I don’t know what the Bible says, but I know what I believe.

Each believer should bring our convictions and beliefs under the Lordship of Jesus and the authority of God’s Word.  If we are holding onto a doctrine or belief about which Scripture says otherwise, the spiritually mature will jettison the faulty conviction and stand on the Word.  The immature and carnal will insist that being true to his own beliefs–flawed as they are–is the highest form of faithfulness.

I suspect that one of the greatest tests of maturity and faithfulness in the Kingdom is the ability to receive correction from the Word of God, even to the point of giving up cherished beliefs and doctrines we have held dear but now see as mistaken.

Let us bring every area of our lives under the Lordship of Jesus Christ.