What are You Supposed to Pay a Pastor for a Wedding or a Funeral?

What are You Supposed to Pay a Pastor for a Wedding or a Funeral? 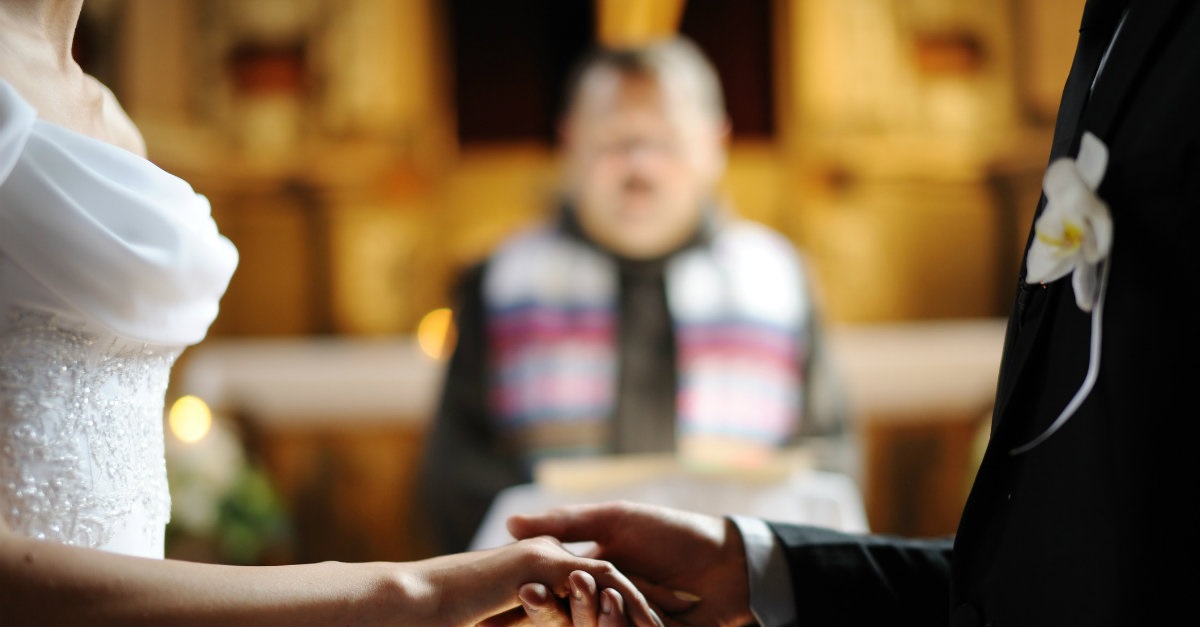 “The laborer is worthy of his hire.” (That’s in the Old and New Testaments.)

People often ask whether we’ve written anything on this website concerning honoraria–what would be appropriate to pay the preacher for a wedding,  a funeral, a banquet, or for guest preaching in their church.

I haven’t… until now.

I suppose the reason is that this is so subjective, so hard to nail down. Different regions of the country and different denominations will have their own customs and expectations. But, for what it’s worth, I will give it a try. I know full well that we will leave some questions unanswered, some subjects unaddressed. But, here goes.

That generous, surprising amount was completely their decision. Two months earlier, when the bride-to-be asked “How much do you charge?” I replied that “I don’t have a fee. Whatever you do will be fine.” I may have suggested she ask her minister (they lived several states away and were coming to Mississippi for a family gathering and wanted to marry while everyone was together) what he thought was appropriate.

So, I might owe him a thank-you note. (As a matter of fact, I do owe him one. He did the pre-marital sessions, and even sent a note to that effect.)

Every pastor has his stories. For another wedding, I was paid $500. But that was far and above the usual. Back when I began marrying people, it was more like $10 or $20. But that was when you could live on a hundred dollars a week. (Yes, there really was such a time in America.) In recent years, the typical gift for a wedding was $100 or $200.

I remember a couple of times when I have had pity on the couple getting married in dire circumstances and assured them we would charge nothing, not for the church (with its huge a/c and electricity bill, and janitorial costs) and not for me. When they pulled up to the church in a limousine toasting each other with champagne, I felt like someone had just run a scam on me.

I’ve done funerals where the honorarium was not enough to pay my mileage. And done a weeklong revival where that was also the case. If the people were poor or the church was small, that was no problem. But it rarely has been the case. Thoughtlessness is more likely the culprit.

But every minister has done this. It’s par for the course. You don’t enter this work to get rich.

So, here are my guidelines. And yes, “guidelines” is about all we can do, since the variables are so many…

1. Start with a base of $100 or $200. Give the minister at least that. Give more if you can or there are good reasons for doing so. Here is my suggestion for scale:

2. Give the minister something, even if you walked into his office and he did the wedding with zero preparation. I will not list the reasons other than to say, it’s the right thing to do. You are not paying for his time, for his education or ordination or his availability. You are simply showing appreciation, and that is sufficient.

3. Give him more if he spent more time with you.

Did he spend time in pre-marital counseling sessions? Did he come to the rehearsal? (Do not deduct what you paid for his rehearsal dinner, friend. He was on the job there just as much as if he were in his office or behind the pulpit.)

Even if he simply wore his black suit for the wedding, it still has to be paid for and dry cleaned. If he drove his car a good distance, the IRS considers a fair rate for mileage reimbursement as something over 50 cents per mile. And remember, you’re talking about round trip. If he had to spend the night en route, add sufficiently more to cover that cost. If he stayed with the wedding party at the hotel where everyone is staying, you make the reservation and pay for the room.

5. If there are other considerations that make this an unusual event, ask a minister other than the one involved what would be fair. Make sure he knows you’re not trying to do as little as you can get by with, but want to be fair.

When I do banquets, not only do I get up and speak 25 minutes, but for an hour or two before and afterwards, I’m sitting at a table sketching everyone. In most cases, I skip the meal and sketch right on through the dinner, then get up and speak. The work is far more exhausting than one might think. As a rule, a church will pay me the same amount they paid the last guy who came to their banquet, ate their dinner, and spoke, but did nothing more. And (God knows my heart), I’m good with this. The Lord is my Source.

6. (For ministers only.) My counsel to you would be to reprint this article (if you have nothing else to hand to the bride and groom concerning honoraria) but first remove this point. Because #6 to you is this: “Do not do weddings, funerals, banquets, or supply preach for the money.” If you do, you will be constantly frustrated. Look to the Lord as your resource, not to a church or some individual. Expect to be stiffed sometime. Expect to be surprised once in awhile by their generosity. And expect to take it all in stride. Do your work for the Lord Jesus alone.

Also, do not have a set fee. Or a minimum fee. Even if the number is low, it smacks of greed and will be interpreted that way by a few. So, best not to do that.

7. If you’re not going to be able to give the minister an appropriate honorarium, tell him when issuing the invitation. Then, it will be his decision. (I’m predicting he will almost always be glad to help you for nothing if nothing is what you have to give. He is not in this work for the money, even though the laborer is indeed worthy of his hire.)

I suggest to pastors of small churches that, yes, the preacher from the large church would enjoy preaching to his congregation and they should not automatically exclude him. But I would tell him going in that you are a small church, about how many would be in the services, and what you would expect to be able to pay him. Thereafter, the decision is his. (In many cases, if you are inviting him for a revival meeting, he might suggest you begin on a Monday night and end on Friday. This allows him to remain in his church for Sundays. The best revival meeting I ever had as a host pastor was a Monday-Friday affair, for this very reason. The preacher was serving a huge church in Florida and was in such demand that he could rarely miss a Sunday in his own church.)

8. No one ever shamed the Lord, hurt a minister, or regretted being generous. So, go for generosity.

When pastors do revivals, it’s a wise host pastor who does not safeguard the pocketbooks and bank accounts of his membership. A church that is generous with the visiting pastor honors the Lord. Furthermore, we participate in a preacher’s ministry when we contribute to his support.

I retired from a salaried position in denominational service in 2009. Since then, I have been engaged in a constant ministry of preaching in various churches, denominations, conferences, revivals, retreats, etc. And I have learned a few things. A) The Lord alone is my portion, my resource. I look to Him. If the offering/gift was small, I thank Him. If it was large, I thank Him. B) Sometimes, when the offering/gift was far less than I need and I wonder what in the world the host pastor was thinking, I have noticed something very wonderful: The next church will almost always make up the difference.

So, when a church makes a most generous gift to a minister, I suggest to deacons and other leaders, instead of questioning it or even resenting it (“You’re telling me we paid that preacher $2,000 for one Sunday of work?”), they should treat this as the Lord using them to compensate for some church that was unable to be as generous with the Lord’s servant as they would have liked.

Whatever we do, let us do it unto the Lord.