When Chip and Joanna Gaines decided to walk away from their wildly popular HGTV show Fixer Upper, the news left fans shocked and disappointed. But it made a lot more sense when Joanna announced she was pregnant. But Baby Crew’s arrival is only part of the story. And now, Chip Gaines is opening up about the real reason Fixer Upper ended.

Part of what makes Chip and Joanna Gaines so loveable is how, no matter how popular they get, they remain down-to-earth, normal folks. Fame has a way of chancing people. But despite their celeb status, they don’t act differently. They just act like Chip and Jo.

In fact, it’s their genuine passion and raw talent for home renovation and design that got them “discovered.” The couple never set out seeking the limelight.

“We came into this whole thing sort of shock and awe,” Chip explained when the couple appeared on The Tonight Show Starring Jimmy Fallon. “And we had never had any inspiration to be on television. We didn’t know anything about the business.”

And while becoming a TV star sounds like a dream come true to most, the Gaines family soon found it can be equal parts burden and blessing. And now, Chip Gaines is opening up more about their decision to leave HGTV.

Certainly, the success Chip and Joanna Gaines experienced on HGTV is something they’ll always treasure. And to Fixer Upper fans, their decision to leave seemed to come out of nowhere. Of course, this opened the door to all kinds of rumors. But the couple has always been quick to point out there is no bad blood or scandal between them and HGTV.

And now, with some time and distance between the show’s final season, Chip Gaines gave some more insight into the real reason Fixer Upper ended.

Chip and Joanna Gaines truly love what they do. And turning their passion into a reality TV show was exciting at first. But the more things became about the camera, the less the duo was enjoying themselves.

“TV was a funny thing for me. I’m an authentic, sincere person,” Chip said. “So, as long as things are natural and organic, I’m in my element. But the more staged something becomes, or the more required something becomes, it boxes me up, and I felt like toward the end of the Fixer Upper journey, I felt caged, trapped.” 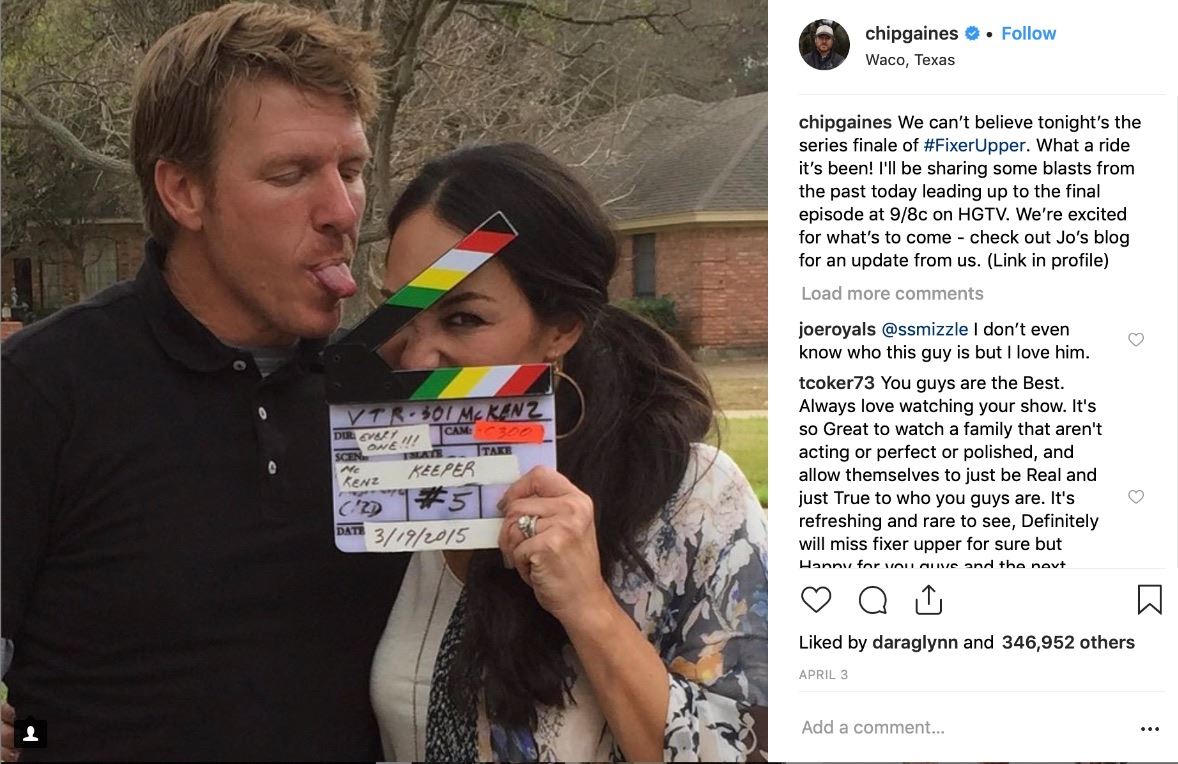 There was no big blow up. The real reason Fixer Upper ended isn’t that something bad happened. But as time went by, Chip and Joanna’s uneasiness grew and they had to face the reality that the show no longer felt right for them and their family.

The end of Fixer Upper was a tough pill for fans to swallow. But as faith-filled Christians, Chip and Joanna know God has more in store.

“There is a time for everything, and a season for every activity under the heavens.” Ecclesiastes 3:1

And thankfully, there has still been plenty of this sweet couple to go around for the fans.

For starters, we’ve rejoiced with Chip and Joanna as they welcomed Crew Gaines into the family. And the two have made their rounds in TV interviews, even announcing the exciting news that they’ll be returning to television, eventually. Though the logistics are still in the very early stages, Chip Gaines let the cat out of the bag when chatting with Jimmy Fallon that Discovery Network is setting Chip and Joanna Gaines up with their very own TV network!

So, for now, may the couple’s Fixer Upper reruns, books, Chipstarter campaigns, and, of course, adorable photos of Crew tide us Chip and Joanna fans over!