Did Jesus Go to Hell? - Where was Christ between the Cross and Resurrection

Did Jesus Go to Hell? - Where was Christ between the Cross and Resurrection

Where did Jesus go for the three days and three nights after dying on the cross? Did He go to hell and take my sins? I shudder to think that would have happened. Being without His Father on the cross with my sins laid on Him is so painfully, I just can't comprehend He had to spend that time in hell to save me as well. Or did He spend this time in Heaven with God to get Him ready for the 40 days on earth? I have heard it explained both ways.

No one knows for certain where Jesus was the entire time during the three days between His crucifixion and resurrection. We know for certain where he was part of the time––in Paradise. But an enigmatic verse in 1 Peter about, “preaching to the spirits in prison” opens up other possibilities.

First, what we know for certain: Jesus spent time in Paradise. 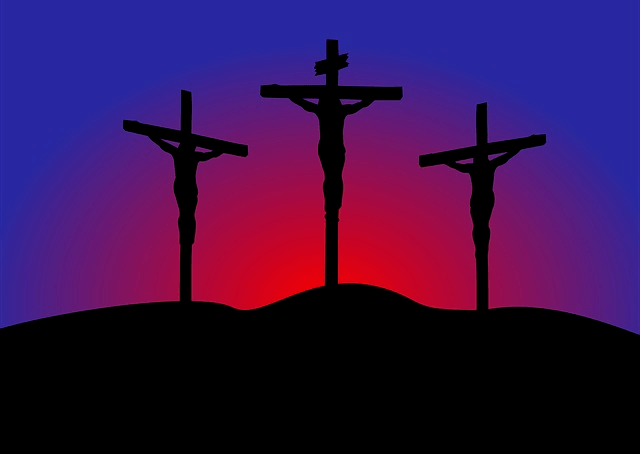 Jesus was crucified between two criminals. One of them mocked him. The other one asked Jesus to include him in his kingdom.

One of the criminals who hung there hurled insults him: “Aren’t you the Messiah? Save yourself and us!”

But the other criminal rebuked him. “Don’t you fear God,” he said, “since you are under the same sentence? We are punished justly, for we are getting what our deeds deserve. But this man has done nothing wrong.”

Then he said, “Jesus, remember me when you come into your kingdom.

Where and what was Paradise?

I believe that we can safely assume that the word “Paradise” refers to Heaven. However, since the word is used only three times in Scripture, need to take a closer look.

“To the one who is victorious, will give the right to eat from the Tree Of Life, which is in the paradise of God.”

In 2 Corinthians 12:1-4, Paul mentioned being taken up to the third heaven, which he identified as Paradise. The third was known as the place where God lived.

“I know a man in Christ who fourteen years ago was caught up to the third heaven. Whether it was in the body or out of the body I do not know—God knows. And I know that this man was caught up to paradise and heard inexpressible things, things that no one is permitted to tell.”

So, we know that Jesus spent some time in Heaven during those three days.

However, Jesus also spent time with spirits in prison.

Second, now we speculate about Jesus preaching to the spirits in prison.

A rather enigmatic passage in 1 Peter 3:18-20 gives a confusing and convoluted insight:

"For Christ died for sins once for all... to bring you to God. He was put to death in the body but made alive by the Spirit, through whom also he went and preached to the spirits in prison who disobeyed long ago when God waited patiently in the days of Noah while the ark was being built..."

Preaching to "the spirits in prison" intimates that the people who died before the crucifixion (especially the people who lived in the days of Noah) were given a second chance to repent!

Another verse or two in the Bible corroborating and expounding upon Peter’s statement would be nice. But, since Peter is the only one who refers to this idea, I don't believe a definitive declaration is possible.

The earliest reference outside of the Bible regarding what Jesus might have been doing during those three days and nights was formulated in the 4th century A.D. when the Apostles' Creed was agreed upon by the church leaders. The Apostles' Creed attempted to simplify the basic truths of the Christian faith. I have shared below a copy of the Apostles' Creed so you can be aware of its existence. Notice the reference to "He descended into hell." This obviously comes from 1 Peter but leaves much to the imagination.

"I believe in God, the Father Almighty, the Creator of heaven and earth and in Jesus Christ, His only Son, our Lord:

"Who was conceived of the Holy Spirit, born of the Virgin Mary, suffered under Pontius Pilate, was crucified, died, and was buried.

"He descended into hell.

"The third day He arose again from the dead. He ascended into heaven and sits at the right hand of God the Father Almighty, whence He shall come to judge the living and the dead.

"I believe in the Holy Spirit, the holy catholic church, the communion of saints, the forgiveness of sins, the resurrection of the body, and life everlasting."

By the way, thank you Victor, I have never heard the idea that Jesus spent the three days and nights in Heaven getting ready for His next assignment of 40 days on earth before His ascension.

By the way, if Peter truly means that some received a second chance then Hebrews 9:27-28 will need some explaining: "Just as man is destined to die once, and after that to face judgment..."

Incidentally, a careful reading of Romans 2 is interpreted by some to mean that Paul is describing the way to Heaven for people who die without ever hearing of the gospel of Christ.

The idea in Romans 2 seems to be that some will be judged according to how well they have lived up to the "Light" that they did have.

Finally, I grieved with you as you described your personal feelings about the suffering of Christ for our sins. The pain He suffered in that divine transaction is incomprehensible. While we grieve for Him, we also feel a deep-seated sense of gratitude for His work on the cross and for whatever else He was accomplishing during those three days.